Vancouver Whitecaps on-pitch results may have been nothing to write home about last season, but the big success story off it was the growth of the supporters’ group, although it’s been far from an easy journey at times.

The Southsiders membership is currently sitting around the 800 mark, a pretty staggering growth from the 200+ figure from just a year ago.

The hard work is now beginning for the group, as they look to turn those 2011 members into 2012 renewals, whilst still looking at attracting new members to the fold.

One man that can certainly make their job a little easier is Martin Rennie. 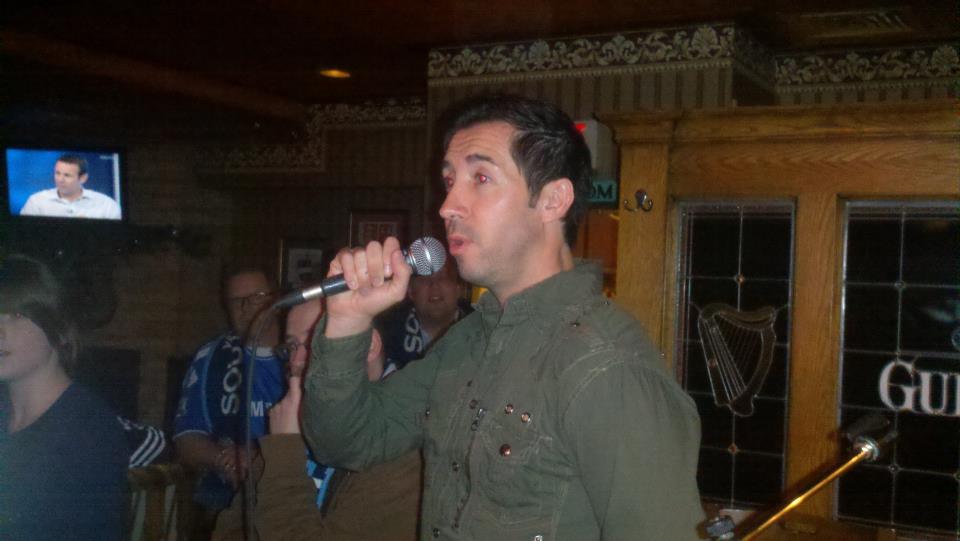 If the new Whitecaps Head Coach can get success on the field, then the feelgood factor in the stands will certainly come on the back of that.

Listening to the Scot address the fans last night, it’s already hard not to be drawn into the mindset of the charismatic coach and believe that a change of fortune is on the cards for the Whitecaps. {Photo courtesy of Max Fornas}

All of this anticipation must be tempered by the stark realism of just how big a job the new manager has on his hands to turn things around.

We saw last season that talk and gusto is cheap and counts for nothing if you can’t put the results together. That’s a mistake that won’t be repeated next term.

Rennie came along after the formal part of the evening to meet the fans and spent time chatting with many and signing autographs before taking part in an impromptu Q&A with AFTN to look at what lies in store for the Blue and White faithful:

”We’ve had a busy few weeks. We’ve had to evaluate all the players, some of which you would have enjoyed watching and become fans of. Unfortunately we need to add to the team and improve upon it, so some of those players aren’t going to be here next year.

What I would say is that the players we’re bringing in, I think you’ll be really excited to see them and watch them play.”

Whatever new players do end up in Vancouver, it’s looking unlikely that they’re going to come from the MLS Re-Entry draft.

The Whitecaps passed on their first pick yesterday. Not through salary issues as some may have thought, but more from the quality aspect of what was available:

”We believe we can sign players that are better than that and hopefully we’ll prove that in the next couple of months.”

Always good to hear that the Club are not just settling for second rate and castoffs, but actively looking to try and get the best players they can to come to Vancouver.

Who those players are is now the exciting waiting game for fans, but does Martin have an idea of how many players he still needs to add to the squad to get them to the competitive quality he is seeking?

”It’s always hard to put an exact number on it, but we are in the process of signing a few players at the moment. Between now and the start of the season, there will probably be about 8 or 9 players that I think will make a significant difference to the squad we’ve got. The final number I’m not sure, but I believe there will be a significant improvement.” 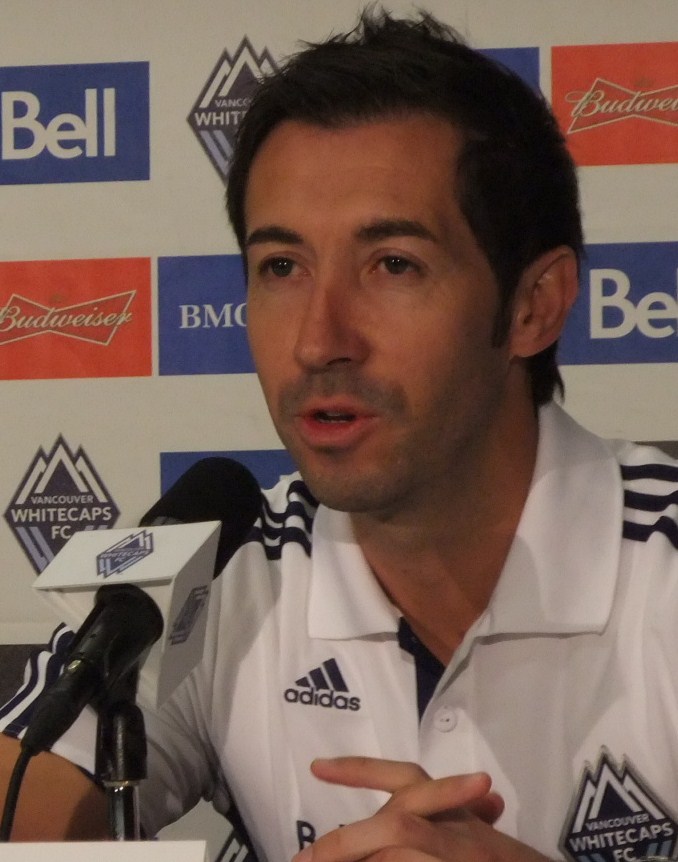 The turnaround of the Caps fortunes doesn’t just lie in Rennie hands. It’s a team effort and an important part of the new team is assistant manager Paul Ritchie.

Having worked closely with Ritchie in Carolina, what does Rennie see him bringing to Vancouver?

”He’s really good at swearing! Much better than me.

He’s very effective. He gets on well with players but demands their respect. He’s played at the highest level with Manchester City and Rangers and so on, so he was a top player.

You’ll love him, he’s a great guy. You’ll like hanging out with him. You might not understand a word he says, but you’ll certainly enjoy being around him.”

The swearing aspect is obviously a Fife gene, so I’m sure AFTN and Paul will get on just fine.

Talking of genes, there’s clearly something in the Scottish DNA that makes top football managers.

The Caps now have their Celtic Connection at the helm, and in the English Premiership, seven of the current 20 managers are Scottish.

So just what is it about the nation that makes us Scots the best managers?

”I don’t think we know the answer to that. I think that maybe because Sir Alex Ferguson has done so well in England, other Scottish managers have followed in his footsteps.

It doesn’t really matter what they’ve done in England, it’s all about what we do here in Vancouver and that’s all I really care about.”

A sentiment I’m sure all the fans will agree with.

Martin Rennie clearly has a vision of where he would like to see the Whitecaps going and how they’re going to get there and it is genuinely exciting to see what’s going to happen.

We’ll get some idea of how things are taking shape on March 10th against Montreal.

I’m already counting down the days.