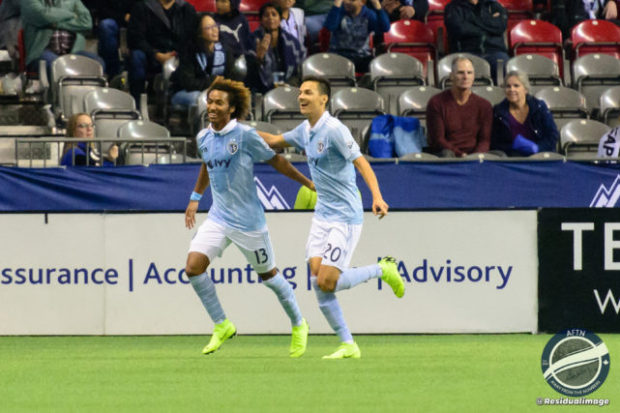 Wednesday’s match against Atlanta United was not fun. The Whitecaps were unable to create any decent chances, the visitors were all too happy to indulge in a counter-attacking party, and won off the back of – surprise, surprise – the ‘Caps conceding another penalty kick.

To put the ‘Caps disciplinary record into perspective, they led MLS in penalties conceded last year with nine. When Lass Bangoura clipped Pity Martinez in the box to set up the lone goal of Wednesday’s match, it was the ‘Caps seventh penalty conceded this season. We are a third of the way through the year. That is not a good sign for what lies ahead.

The ‘Caps penchant for giving up spot kicks is especially infuriating considering how good the team’s defence has been outside of those moments. They have allowed just six goals in their last seven matches, FOUR of those were penalties. This means the Whitecaps have conceded two non-penalty goals in 630+ minutes of play, and they have only managed a 3-2-2 record over that span. Now, that’s not a horrible record considering how sparse points were in the first few weeks of the year, but the ‘Caps have to do a better job of taking advantage of great defence.

The player who’s been most hard-done by this barrage of penalties is Maxime Crépeau, who has now conceded just as many penalties as goals from any other situation (seven each). That is both very impressive and very indicative of how his defence, despite their often-brilliant play, has left him out to dry a number of times.

The Whitecaps Man of the Match for the second straight match, Crépeau’s triple-save against Atlanta was the reason the ‘Caps still had a shot to pick up points on Wednesday. You should go watch that clip again. It’s fantastic, and really the only part of the match worth seeing again. And just as a reminder, we got Crépeau from Montreal for just $50,000 of TAM and a third-round draft pick. I’d say it’s worked out so far. 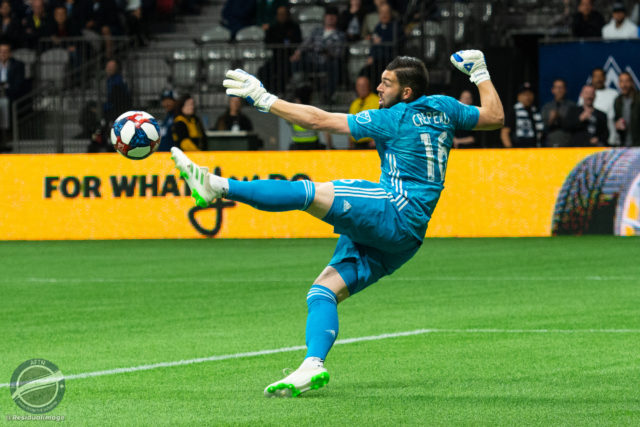 Okay, I should probably move on to something besides penalties and Crépeau. The attack? Well, that’s basically the same as it has been for the last few weeks. Besides some brief moments of Fredy Montero magic the ‘Caps offense has been pretty stale, and it seems like Yordy Reyna – who is still out for a few more matches at least – is the only player who can actually beat someone off the dribble.

Bangoura seems to be basically Reyna-lite, and I’m not just saying that because they look similar with their hair. He’s also now injured, so there’s another point in common. Lucas Venuto has played better recently, but oftentimes he looks like he’s just a step too slow (or too quick) for whatever he’s trying to accomplish. It feels like Joaquín Ardaiz is never actually going to score; his one opportunity to let a shot go against Atlanta was called back for a foul, but not before he shanked it very, very far off-target.

The most frustrating part of the ‘Caps attack, however, is the fact that they’ve showed some tantalizing glimpses of what Marc Dos Santos is trying to implement with this group. For much of the first half against Portland last weekend, the ‘Caps were flying offensively and looked like they could score three or four goals. But then, for the rest of that match and the full 90 against Atlanta, they looked like they could play another two hours without getting one. It’s a really frustrating Jekyll and Hyde scenario, with the bad half rearing its head far more frequently than its opposite.

In the midfield, Hwang Inbeom’s impact on the team’s play has nosedived in recent weeks, as he’s been unable to consistently influence the game. Whether that’s due to opposing teams game-planning against him better, or him simply not playing as well as he did early on, or a combination of both, the ‘Caps need to figure that out quickly, because no one else has the potential to elevate this team’s midfield like he does.

Jon Erice’s injury means Felipe will probably start in the number 6 role again against Kansas City. The good news is that he should be well-rested, as I don’t recall seeing him on the pitch on Wednesday. Russell Teibert and Andy Rose are the two workhorses Dos Santos has at his disposal, but while they are both useful players they are not ones who can control a match.

It’s been Hwang or bust for the ‘Caps in terms of having a functioning game-to-game midfield, and that has to change. What kind of shift in tactics and/or personnel that would entail, I don’t know, but Dos Santos can’t wait around until the transfer window opens again to try and fix the front half of the team.

Looking at the hosts, SKC are dealing with quite an injury crisis. Here is the list of players currently out: Graham Zusi, Jimmy Medranda, Daniel Salloi, Rodney Wallace, Gerso Fernandes, Erik Hurtado, Roger Espinoza, Jaylin Lindsey, Andreu Fontas, and Wan Kuzain. On top of that, Gianluca Busio and Tyler Freeman are both away with the US U-17 National Team, while stalwart Matt Besler is only just returning this weekend after a bout on the sidelines.

This plague of injuries meant Kansas City brought only 15 players to DC last weekend, a 1-0 loss that stretched their current winless run to six matches, eight if you include the thrashing they suffered at the hands of Monterrey in the CONCACAF Champions League. The club has signed 19-year-old forward Wilson Harris to a short-term emergency contract from their USL affiliate under the MLS’ “Extreme Hardship” clause, so maybe they’ll have a full bench on Saturday.

Children’s Mercy Park is never an easy place to play, but SKC will never be weaker than they are right now. The Whitecaps picked up their first road win of the season on their last trip outside BC Place, and a win would – hilariously – put them back over the red line and into a playoff spot. Of course, every team in MLS except Colorado is no more than five points back of a playoff spot, so maybe it’s not that much of an accomplishment.