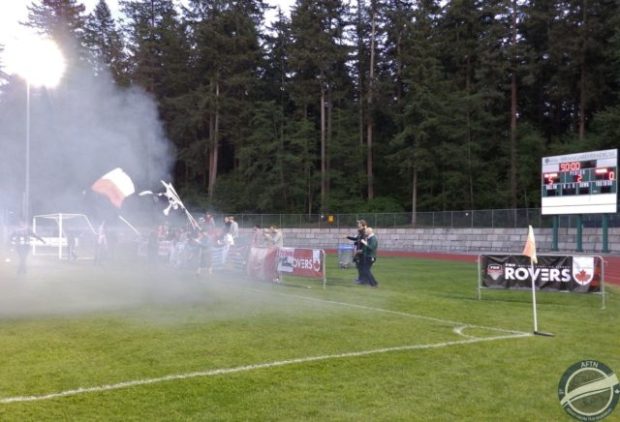 It may only be two matches into what can be at times a gruelling 14-game schedule, but it already feels like something special is brewing at Vancouver TSS Rovers this USL League 2 season, and we’re not talking about the Parallel 49 beer.

For the first time in the Rovers three year history, the team opened up the season with a win, a 2-0 victory over Lane United at Swangard on Sunday afternoon. They followed that up on Friday night with a 5-0 shellacking of a talented Portland Timbers U23 side.

Two games into the new campaign. Two victories. Two clean sheets. And seven goals scored. It couldn’t have really gone much better for the Rovers, and head coach Will Cromack puts a lot of that down to the experience his returning players have garnered in the league over these past two seasons.

“You never really know what you’re going to get in the USL League 2, but I can tell you that we’ve been seeing a lot of maturity from some of the guys that have been coming back,” Cromack told AFTN after Friday night’s win. 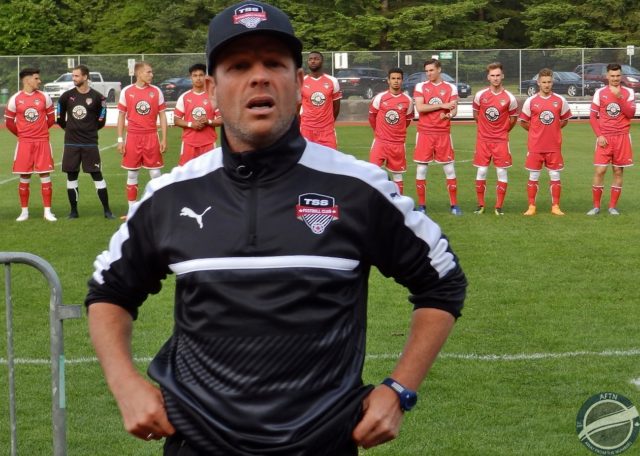 Not that anyone is getting carried away with the strong start.

Last year TSS bounced back from an opening day trouncing at the hands of Lane to go unbeaten in five matches, putting up four wins, one of which was against the soon to be crowned PDL champs Calgary Foothills, in what was to be their only loss of the whole season.

That run saw the Rovers in first place in the Northwest Division and battling for their first postseason berth, but then the wheels came off. Four straight losses saw their playoff hopes fade and one win in their last eight matches saw them disappear all together and they ended up finishing the season in fourth place in the division.

Last year saw the Rovers start the season with six of their first eight matches at home, followed by a killer five straight on the road. This season is exactly the same. It’s not ideal, but it makes their home matches all the more vital. Get those home wins and points on the board early and all of a sudden a point here and there on the road is a lot more attainable than having to chase victories to chase down the divisional leader. Instead, others are chasing down you.

That’s why starting the season with back to back victories for the first time in their short history could be crucial to TSS clinching a playoff spot come July.

“We know that it’s two different leagues,” Cromack told us. “It’s the home league and it’s the away league. Portland will probably be a different team. You’ll have guys coming down from Timbers 2. That’ll make a different approach to it altogether.

“But with that said, any league, ours is not different. Take your points at home. Make it a fortress. Do what you can and then let the chips fall on the road.”

TSS’ victory over Lane on Sunday had impressed. They weathered an early storm before taking over the match and running out fairly comfortable 2-0 winners, keeping a clean sheet with a makeshift backline. If that raised hopes to what may lie in store for the young Rovers this season, Friday night’s triumph over the Timbers took them to another level.

TSS had to again weather a fast five minute opening from the visitors before once again taking over and dominating proceedings.

Elie Gindo headed TSS into a 29th minute lead before a Matteo Polisi penalty doubled the Rovers advantage eight minutes later. TSS kept the pressure on in the second half and Gindo made it a dream debut when he poked home a loose ball from close range on the hour mark, for his second and Rovers third of the night.

Polisi then hit the goal of the night 73 seconds later, curling one in from the edge of the box before Connor Glennon got the goal his workrate from the evening deserved, firing a low one home to round off the scoring in the 79th minute.

Impressive stuff all round and a statement made to the rest of the division.

For a team that’s leaked a lot of goals in their first two season, the defensive play has been particularly pleasing. Two cleans sheets will give them all a huge confidence boost, although they have ridden their luck a little at times and been the beneficiaries of some poor finishing by their two opponents.

It’s in the attack though that the team are really flourishing. All the forwards have played well, contributing goals and/or assists. It certainly makes for some nice selection headaches for Cromack, especially with a new striker set to be announced in the coming days, and the team hasn’t stopped pushing for more goals, no matter what the lead.

They’ve been a joy to watch over these first two matches and Cromack has no doubt that this is an attack that will test any team in USL League 2.

“We’re fast, we’re creative, we’ve given them licence to move any where they want in the final third,” Cromack revealed. “Our counter attack is better than we could have expected. We’ve certainly worked on it, but the work that they’re doing off the ball is what is going to set them apart.

“The work they’re doing off the ball is phenomenal. It’s really making it difficult for other teams and if someone goes down or someone needs a break, then we’ve got someone else to go in and that’s a beautiful thing to have.” 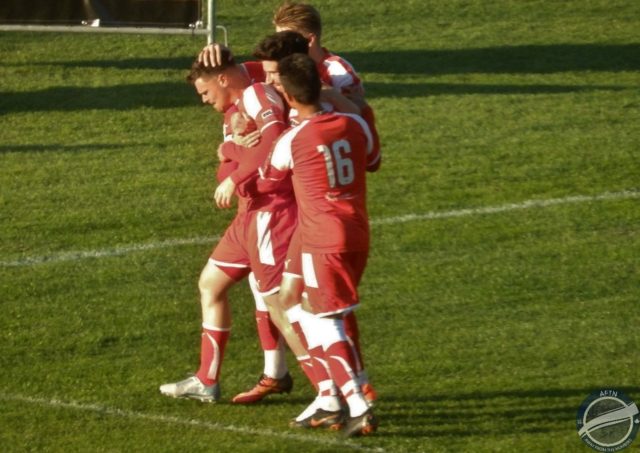 Next up is their biggest test so far. Three straight matches against last year’s league champions Calgary Foothills. It’s a weird schedule but those games start at Swangard on Sunday (kick off 2pm), before the Rovers travel east for their first two away matches of the season in Calgary next Friday and Sunday.

Calgary have had a complete overhaul, losing much of their championship winning team to the Canadian Premier League, including their coach. They’ve gone younger, but they’ve also replaced those moving on with a number of players with previous experience in the league, including five players who won a U Sports national title with Cape Breton Capers in 2017.

Calgary left it late, but they kicked off the defence of their title with a 1-0 win at Seattle Sounders U23 in Sumner on Friday night, thanks to a Dan Hayfield goal five minutes from time.

It’s very early in the season to say this I know, but this three game series could very well prove to be the divisional decider. A fact not lost on Cromack.

“I’ve never seen a game where we’ve played against Calgary where it wasn’t competitive,” Cromack noted. “It’ll be an absolute war as usual, but if you get the right things going your way, you certainly can set the tone for what is going to happen in the division.