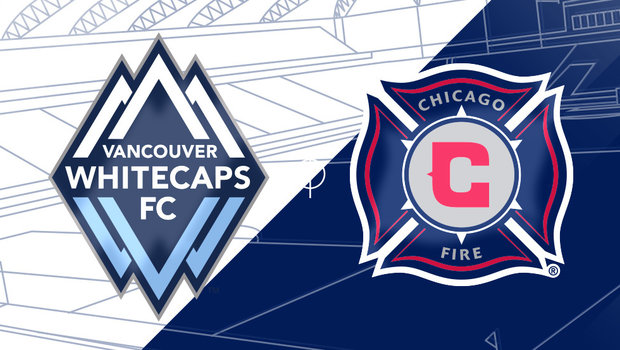 The team with the worst record in MLS, coming to play a Vancouver Whitecaps side in strong home form. What could possibly go wrong?

This is one of those games where the ‘Caps should build on their comeback win against Portland, and all the good work that went in to achieving that, with a comfortable win against a struggling Chicago Fire side.

But we’ve seen this story play out before. *cough* Chivas USA.

Will the ‘Caps douse the fire or will they burned trying to do so?

The Whitecaps are going to have another tough week, with two games coming in quick succession. They made a big statement with the win over Portland. It is always nice to beat your rivals, but to come back from a goal down is even better. While doing it in a dominating fashion is a dream come true. Now the question will be if they can they build any consistency going forward?

Chicago are coming to town after having a number of draws recently, but not many wins. In the last six games they only have one win, but four draws. The Whitecaps do seem to have history on our side. They have only ever lost once to Chicago in six meetings and have won both games at BC Place, outscoring their opponents 7 to 3 in the process.

The goal here should be to get a win against a struggling team and get above the playoff line.

Like many teams nowadays, Chicago Fire can counter attack you with pace. Kennedy Igboananike has speed to burn. So does David Accam but he will be missing for this one. The Fire also have a bit of Brazilian craftiness and strength in striker Gilberto, and a good passer and reader of the game in Răzvan Cociș. While at the other end of the pitch, Chicago have one of the more promising young MLS defenders in Matt Posler.

As to what formation they will be playing ? Well manager Veljko Paunovic does seem to like to keep the others guessing. He has thrown out many different looks this year: 4-2-3-1, 4-4-2, even a 3-5-2 type squad (tactical hipsters rejoice!).

What will Chicago roll out with this time ? Hard to say, but teams have had great success forcing the ‘Caps into a more reactionary mode. If the Fire can get an early goal it has put the Whitecaps on the back foot, and (barring last game) they have been out of ideas on how to score without pace on the wings.

But all that may be in the past! The Whitecaps put on what hopefully won’t be their best performance of the year on Saturday. I want to see more of that. They looked like they were men possessed to get a goal and were really fired up for the game. Always good to see in a rivalry match.

All the Whitecaps were playing with an intensity and edge. It was a great match. Special mention should go to Christian Bolanos who was cool, calm and collected with the ball. He was picking out passes and served as a great forward creator for the Whitecaps.

Working with him was Fraser Aird, who was getting forward and back again and helping cause havoc up and down the right wing, with his ability to run along the line or cut inside and combine with the midfielders. Not only that but he was defensively hustling, running back the entire length of the pitch in some cases (3 successful dribbles and 3 tackles speak of the work he was doing).

This is a combination that should stay, the craftiness of Bolanos and the pace of Aird seems to be causing problems for defenders. I want to see more of that.

Playing Pedro Morales deeper was a great idea. By playing deeper it allowed his long passing to get the ball into more damaging positions than if he was playing as a higher, free roaming player. And those times he made a last ditch tackle were great. The one on Diego Valeri likely secured all three points. That ability to win a tackle and then hit a ridiculous pass is what makes everyone else dangerous with a quick excellent pass.

What I am trying to say is perhaps I wouldn’t change anyone’s position. In that game the team was bigger than its individual parts. They generated 26 shots after all! Nicolas Mezquida (as a forward destroyer) and Matias Laba (as a midfield destroyer) were breaking up and harassing Portland enough to get turnovers to the creative players, who can then make something happen.

Although players may be tired, let’s see what a little chemistry can do. Some guys from Leicester proved that this year. That being said, Tim Parker has had a run of games and I could see him being rested for Pa Modou Kah.

Masato Kudo looked good this game and should get the start again. Could he finally be the answer to the striker problem? Why not give him a go again and see what can happen.

How much rotation will there be in the Whitecaps squad?

Will the ‘Caps be motivated to put another big performance after their exertions in a derby game?

Can Christian Bolanos make it four goals in four games and keep the streak going?

Răzvan Cociș – the Romanian can play a pass, and keep a ball at his feet.