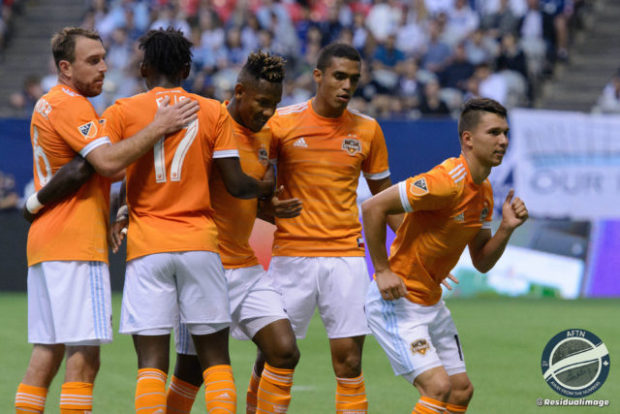 After a brief flirtation with optimism following two wins in quick succession over Cincinnati and D.C. United last month, the Whitecaps quickly crashed back down to earth with three straight losses to end August. A two-week break has solidified the team’s spot at the bottom of the Western Conference, as a three-game win streak for Colorado has left the ‘Caps all alone, a full seven points back of Houston, who just so happen to be in town on Saturday.

The ‘Caps won’t have their full complement of players to face the Dynamo, as the last few weeks have seen a few players struck down by various ailments. As per J.J. Adams, Max Crépeau, Russell Teibert, Jake Nerwinski, Érik Godoy and PC all did not train on Tuesday, with Crépeau and Teibert suffering their injuries while on national team duty last week. Resident mystery man Jasser Khmiri did not practice either, and it’s not sounding like we’ll see the Tunisian at all this season.

Assuming none of the above players are fit to start on Saturday, the team – outside of the front three – more or less picks itself. Zac MacMath will slot in goal, Doneil Henry, Derek Cornelius, Ali Adnan and Scott Sutter is the obvious backline, and the same goes for the trio of Jon Erice, Inbeom Hwang and Andy Rose in midfield.

It’s not a line-up that inspires a ton of confidence at the moment. MacMath hasn’t been awful in goal this year, but he hasn’t been great either. Henry is coming off a strange red card against Cuba, with he and Cornelius not getting the rest much of the team did over the break. Adnan and Hwang have also just returned from international duty, with the latter candidly discussing his general fatigue with the media. A fatigue that could see him start this one on the bench if the options allow it.

If there’s one non-international who needed the break the most it was probably Erice, who after a solid shift against Montreal looked dead on his feet against NYCFC and was one of the ‘Caps poorest performers. Rose has played as much centre-back as centre-mid in recent weeks, and has been fairly mediocre in both positions. 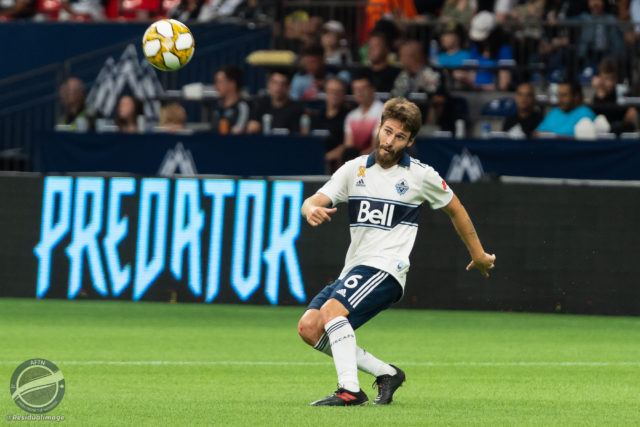 The attack is really the only place where the ‘Caps have quantity at the moment – quality has been difficult to find up and down the line-up, so we’ll take what we can get. Yordy Reyna is the only sure-fire starter, though he’s also just returned from international duty. Fredy Montero, Michaell Chirinos, Tosaint Ricketts, and Theo Bair are all options to start alongside him…I’m just going to assume that Lass Bangoura and Joaquín Ardaiz are already halfway out the door.

If I was picking the line-up for this weekend, I would go with Chirinos-Reyna-Bair as the front three. It allows Reyna to play more centrally (where he is better than as a winger) while also being a very fluid group that could see any of them rotate across the forward line. Also, Chirinos simply has to play: this loan is very short, and the ‘Caps need to see as much game-time as possible from him in order to decide whether or not to activate his purchase option.

By somewhat the same token, these final games are a prime opportunity to give someone like Bair consistent minutes. He’s the lone attacking prospect (besides Simon Colyn) signed with the first-team at the moment, and if a chunk of the team’s veteran attackers are not in the plans for 2020 and beyond, there is no reason why they should see the field over someone that should be here for a while.

Looking at the visitors, Houston has slumped hard in recent weeks after looking like a potential playoff team earlier in the season. A 2-0 win over Minnesota on Wednesday finally ended a horrible run that saw them go 0-6-1 in their previous seven matches, getting outscored 15-6 during that stretch.

These two teams have not faced off since March, when the Dynamo took a 3-2 win at home, with Alberth Elis and Memo Rodriguez combining for their three goals. Houston will hope that facing off against the ‘Caps again will spark those two attackers, as they have combined for just one goal in the last two months.

There are only four matches left in the Whitecaps’ 2019 season, three of them at home and the lone road match in nearby California against the Galaxy. A loss to Houston on Saturday will officially confirm the Whitecaps as the worst in the West.

There’s just under six months until the 2020 season…let the countdown begin.

Oh yeah, and make sure to tune in this weekend.