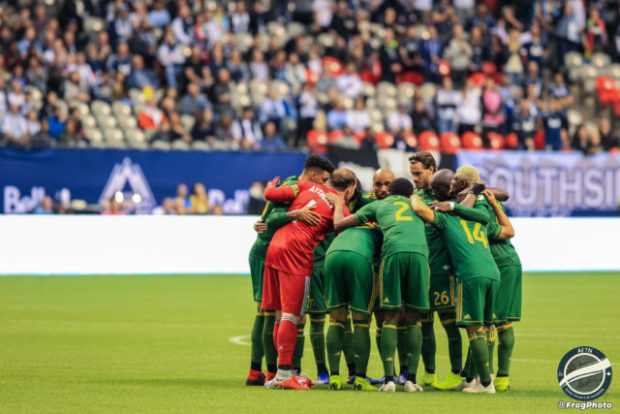 If there’s one thing the Whitecaps proved in their 3-2 win over Colorado last Friday, it’s that they are definitely not the worst team in MLS. That’s a good thing, but sadly we won’t be facing the Rapids every week. Next up is Portland, a team that is in all likelihood much better than their 3-5-1 record might indicate.

The reason for that is twofold. First, the Timbers have not yet played a home game due to stadium renovations, and are starting their season with a 12-match road trip, à la last year’s DC United. Second, after a horrendous 0-5-1 start that saw them outscored 17-6, they have won three straight, conceding only one goal in each of the three victories.

Winning three straight road games is no mean feat, so the ‘Caps must be on their toes at BC Place, especially considering they have a record of 1-2-2 at home so far. But despite the ‘Caps early season blues, there is reason to be cautiously optimistic.

Similar to Portland, the ‘Caps had a horrific beginning to the year with a 0-4-1 start that saw them outscored 9-4. Since then they are 2-1-2, and up 6-5 in goals over that span. Despite all their offensive woes (helped a lot by Colorado’s ineptitude), the ‘Caps look like they have a reliable defence once again: they’ve conceded 14 goals in 10 matches, which is 11th in MLS and better than five teams currently in playoff places.

The one change the ‘Caps could make to really push their defence into the league’s top-tier is to stop giving away so many penalties. They have conceded a ridiculously-high six penalties already, and in their last five matches have conceded more goals from the spot (3) than from any other situation (2).

Part of this has to do with the ‘Caps going 0-6 on major VAR decisions this season (four penalties awarded against the ‘Caps, one penalty for the ‘Caps taken away, one ‘Caps goal overturned), but part of it also has to do with players making dumb decisions in the box (see both of Colorado’s penalties). The ‘Caps need to be a bit more disciplined as a unit, which has been a common theme for a while now. 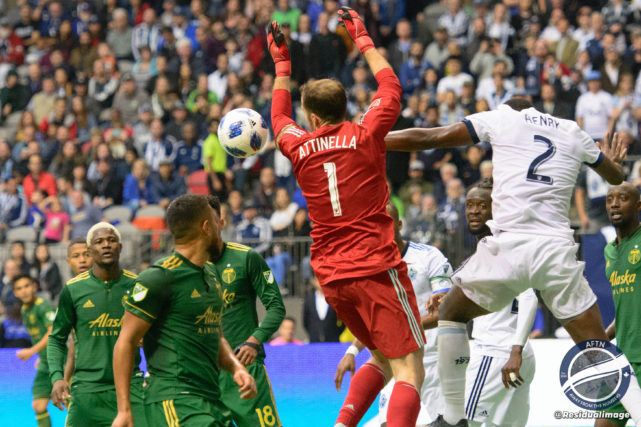 With regards to who starts against Portland, I wouldn’t be surprised if Marc Dos Santos sticks with the exact same XI as last Friday. He has kept the same backline together the last two matches, while Jon Erice, Inbeom Hwang, and Russell Teibert appears to be the preferred midfield trio as of now. The most likely change would be Andy Rose in place of Teibert, as Rose got the winner and was fearless going forward against the Rapids, but maybe he’ll be a super-sub for another week.

Up front, it wouldn’t make sense to drop Fredy Montero now given that he finally got on the scoresheet against the Rapids with both a goal and an assist, while you can make the same case for Lucas Venuto (goal) and Lass Bangoura (assist and disallowed goal). The knock against Montero’s performance is that he had a hand in both Colorado penalties, but I don’t think that will sway Dos Santos’ decision to start him again. With Yordy Reyna injured the only real replacements on the wing would be PC or Brett Levis, and I can’t see Bangoura or Venuto making way for them against Portland.

Looking at the visitors, the Timbers made a big splash this week by smashing their transfer record to sign 24-year-old Argentine forward Brian Fernandez from Club Necaxa of Liga MX. Fernandez recorded 18 goals and 5 assists in 32 appearances for the Mexican side, and will certainly be a big player when he hits the pitch, but the ‘Caps will more than likely not have to worry about him for this match due to visa issues and a suspension still hanging over him from a three match ban in Mexico.

The current danger men for the Timbers are their attacking “big three” of Diego Valeri (2 goals, 6 assists), Sebastian Blanco (2 goals, 4 assists), and Jeremy Ebobisse (4 goals). Portland looked very vulnerable at the back in the early going, and have conceded the third-most goals in MLS, but as I mentioned earlier they have been much more solid in that regard during their current winning streak.

Derby days are always fun, and the ‘Caps have a chance to snuff a little bit of the excitement that is rising in Oregon at the moment. MLS’ change to a 14-team postseason in a 24-team league means that the Whitecaps are only two points back of a playoff spot as things stand, a reminder that fortunes can turn around quite quickly in this league.