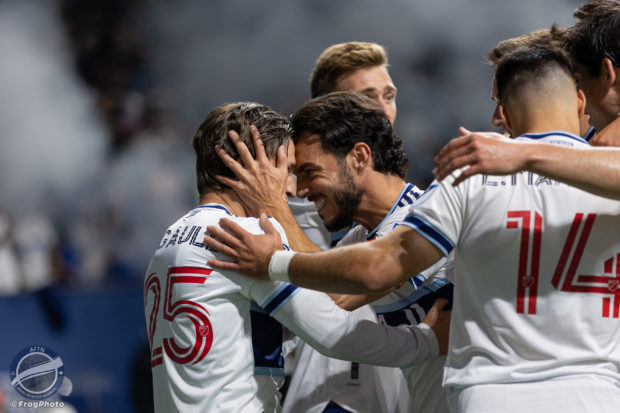 Vancouver Whitecaps headed into their match up with Austin FC at BC Place on Saturday night knowing that they had no room for error, but equally knowing that their postseason fate was far from being in their own hands. The Whitecaps needed to close out the season with two wins to even give themselves a fighting chance at the playoffs, while relying on a helping hand from the LA Galaxy, San Jose, and Kansas City along the way.

It’s a tall order, with a lot of moving parts, but all they could do was to make sure that what they controlled went to plan. And it was a case of so far, so good as goals from Ryan Gauld and Lucas Cavallini gave the ‘Caps a 2-0 win over Austin and with mixed results elsewhere, the playoffs are still in the team’s grasp, but they still need a lot of help.

After a season of slow starts, there was no sleepytime Whitecaps for this one, playing on the front foot and opening the scoring just six minutes in.

Gauld ran onto a fantastic ball forward from Pedro Vite on the wing, bearing down on goal, before blasting past Brad Stuver to give the ‘Caps the early lead.

Ryan Gauld gets in behind and finishes the break to give #VWFC the lead.

1-0 inside the first 10 minutes. ⏱ pic.twitter.com/itWUsEqEwp

Austin had a good chance to hit back immediately but Diego Fagundez fired a low one straight at Thomas Hasal from a good position.

Gauld came close to adding a second in the 13th minute, getting onto a perfectly weighted through ball from Pedro Vite, but running out of room to get a shot in on goal and firing into the side netting.

Hasal was called into action again in the 22nd minute when Maxi Urruti ran onto a long ball forward, outmuscled Jake Nerwinski, and fired a shot in on goal that the ‘Caps keeper had to tip over.

After that the action dipped. Both teams had some forays forward and half chances, but it took until the 42nd minute for the next clear cut chance with Brian White missing a great opportunity to double the Whitecaps’ lead, taking a heavy touch from a Gauld ball inside and firing meekly straight at Stuver.

The last chance of the half fell to Austin, but Nerwinski did superbly to block a Sebastian Driussi shot from the corner of the six yard box.

The second half started at a breakneck pace, with both teams upping the tempo.

White had another great chance for Vancouver five minutes after the restart, rising well to get his head onto a Gauld cross before being denied by Stuver.

As good as that chance was, Driussi had an even better one in the 62nd minute when Nick Lima found the Argentine seven yards out, but he pulled his effort wide and it was to prove a costly miss as the Whitecaps went up the pitch and finally grabbed their second when Gauld played in a low one for substitute Cavallini to tuck it away from the edge of the six yard box.

That guy Lucas Cavallini is back scoring goals.#VWFC double their lead. ✌️ pic.twitter.com/0FFUBT74xS

The Whitecaps nearly made it three with 20 minutes remaining, with Stuver denying Vite after a nice team build up.

Driussi drilled a rocket wide for Austin five minutes later, but that was about it from either side and although the game finished with a fiery spell of stoppage time as tempers boiled over, Vancouver comfortably held on for a big three points and their third straight win.

With Minnesota losing in San Jose and RSL dropping two points in LA, Vancouver are still guaranteed to be in with a shot at the postseason next weekend. To earn that berth though they need to win in Minnesota and hope that RSL and Seattle fall by the wayside. Not impossible seeing how the run-in has been going, but they certainly are the underdogs. 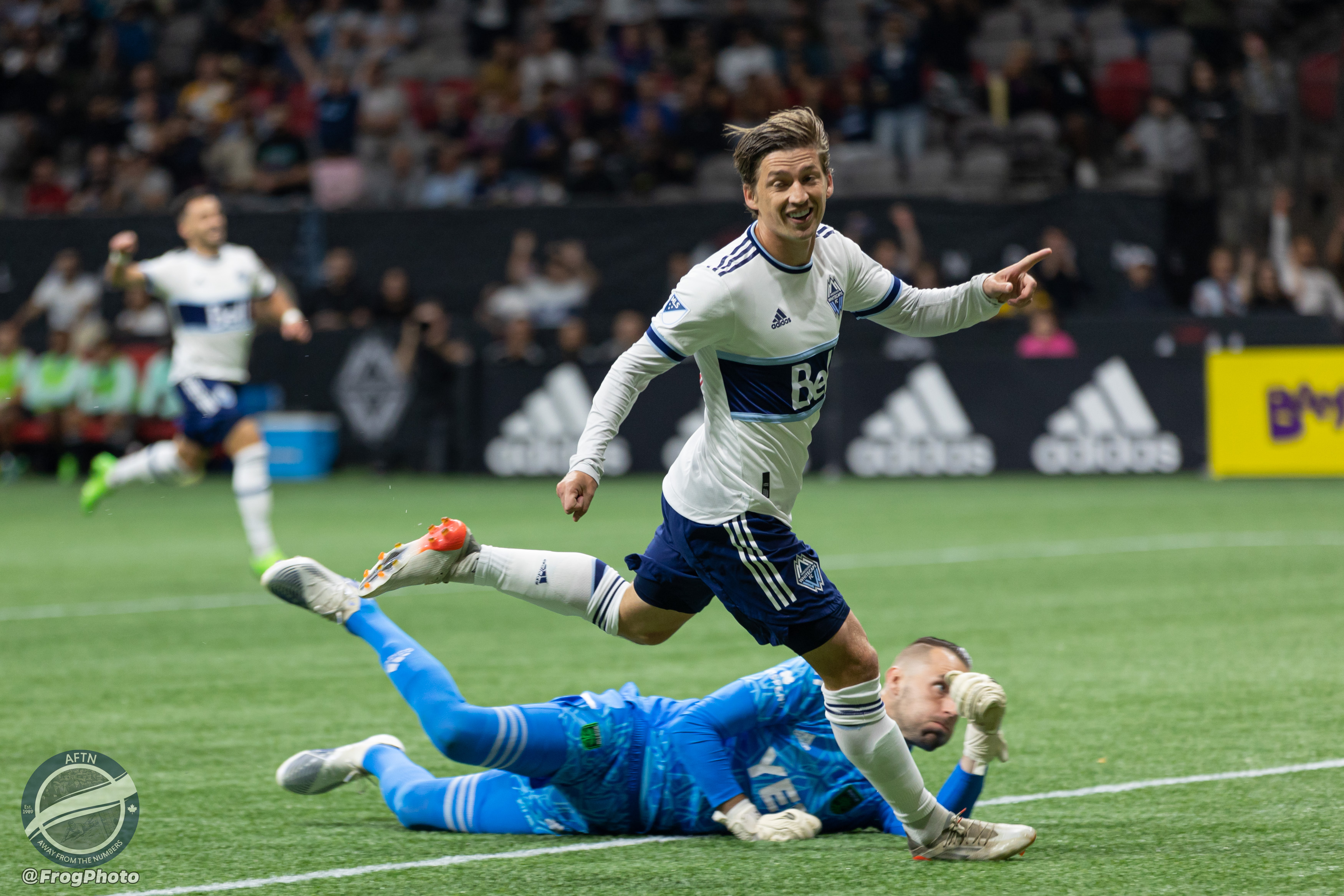 “Very good, we destroyed them, we played much better than them. Lately, we’re doing very well. We scored two goals, doing exactly what we tried in training. We could have scored two more goals in front of the goalkeeper. I think their best player at the end was Brad Stuver. So when you win 2-0 and the best player of the other team is the goalkeeper, it tells something…I told the guys if we win it, you need to deserve luck and we deserve it and that’s what we did today. We got a call of favour from the Football Gods. Only if we were able to, say, play our game. We did fantastic, really.”

“He’s our Designated Player, that unfortunately had concussions, then COVID and injuries that kept him out for several games this season. I don’t think I offend anyone in our locker [room] if I say that Ryan is our best player because that’s the beautiful thing about Ryan, that he is a team player. It’s a DP that is always there and is also a team player and that’s the reason why he’s so decisive for us.”

“All around I think we were very good. We played against a very good side. You know, it was similar to the Galaxy and Seattle games that we went there and I think we were well beat in those three games and they’ve come here and we’ve turned things around. So a really good performance from us. It’s a good run we’ve been on, and another big game in Minnesota.”

On his linkup play with White & Vite:

“I think it’s just more time playing with each other. And I think, not just the three of us, but also the guys who come in with a good understanding of where each other is going to be in the runs we like to make and we like to play in the box. So I think there’s maybe only like that fourth, fifth, sixth game that the team has played that way, so definitely carry on into Minnesota and next year.”

On what’s been different the last three games:

“I think just closing some gaps and changing some tactical points and I mean, leaving it on the pitch basically because we knew that we couldn’t afford to lose any more points. If we wanted to be in the playoffs, we would have to push ourselves even more and especially these games at home, where we need the fans more than ever and we need to give them a good result, and that’s how everything was.”