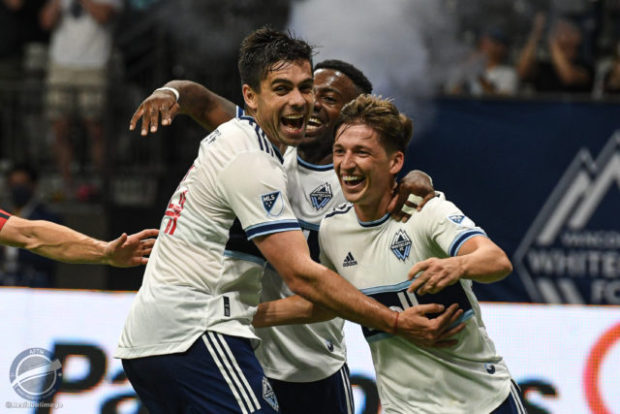 There are 10 matches left in the MLS regular season. The Whitecaps, after a hard-earned point on the road in Colorado, still sit four points back of a playoff spot. It’s certainly not an insurmountable obstacle, but it won’t be easy either.

What it does mean is that any matches that are both at home and against teams below them in the standings are absolute must-wins. And that’s what’s on the docket this weekend, as the ‘Caps take on FC Dallas at BC Place tonight.

If there’s one thing that Vanni Sartini showed last time out, it’s that he’s determined to make this 3-4-2-1 formation work. Érik Godoy out? Slot in Andy Rose and push Ranko Veselinović out wide. Still no healthy natural option left-wingback? Start Cristian Dájome there. The dual striker partnership of Brian White and Lucas Cavallini shows a couple flashes? Still take one of them out and revert back to the previous formation.

It’s an experiment for sure, and the ‘Caps are attempting to mold to this new identity fairly late in the season in terms of your usual system overhauls. Any line-up where you stick your leading scorer for the season at wingback is certainly an interesting one, and shows some of the weaknesses in depth in the squad.

Another weakness recently has been the play of the midfield pivot, as both Janio Bikel and Russell Teibert failed to assert themselves at all against the Rapids. Unable to play the role of connectors, they were often bypassed as the ‘Caps tried to either force the ball down the flanks or simply hoof it up in the direction of White/Cavallini.

With Ryan Gauld firmly set further up the pitch, there’s no one the ‘Caps have who can truly boss play in the middle of the park. Bikel has been the closest thing to that at points this season, but showed his limitations last weekend. Michael Baldisimo has the range to spray passes but isn’t as dynamic carrying the ball or as effective defensively. Leonard Owusu is trying to find his form again. Teibert remains a whipping boy for the fanbase.

The end result is that it’s difficult to pick out a combo of those players that feel like they could represent a real shift in play. It’s surely something that the ‘Caps scouting department will be looking at for the offseason (or at least, hopefully they will be), but for now I’d guess that the pieces will continue to shuffle around looking for some sort of spark.

Looking at the visitors, FC Dallas are coming off a 3-2 loss to in-state rivals Houston. This is the final match on a stretch that sees them play six of seven on the road, and they have a middling 1-2-3 record over this span. They can tie the Whitecaps in points with a win Saturday, but the fact that they’ve played two more matches than the ‘Caps means that their playoff hopes are mostly non-existent as things stand.

The last two times these sides met were both 2-2 draws, one in 2019 and one back in July. Both of those matches were also in Dallas – the last time the Texan outfit travelled to Vancouver the ‘Caps beat them 2-1 with Lucas Venuto – remember him? – scoring the winner. The ‘Caps have a solid record all-time at home against Dallas at 5-3-4, and since 2012 have only lost to them once at home.

With ten matches in the next seven weeks to close the regular season, the Whitecaps have a clear goal in front of them. Playoffs might not be the most likely option, but it’s a feasible one. A match like this is one where the ‘Caps absolutely need three points, at home against a road-weary and definitely beatable team. The good thing is that the club has a great history of delivering in these types of situations.