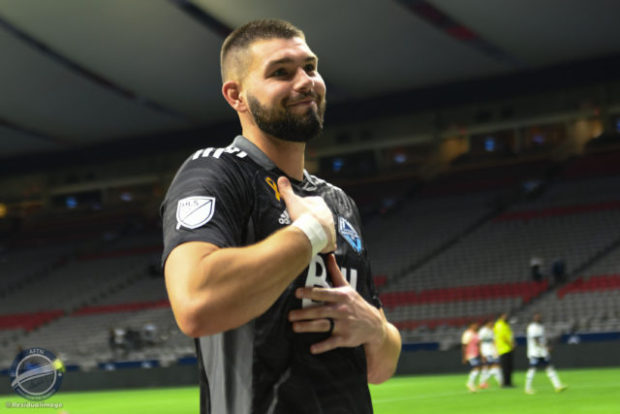 Each time out Vanni Sartini seems to want to prove that he can be even crazier with how he lines up the team. I mean, it’s not like he can really get fired so he’s got the freedom to tinker around as much as he wants.

Combine that freedom with a compressed schedule and a few injuries, and what do you get? A back three consisting of a centre-back, a right-back, and the smallest centre-mid on the team, and then another centre-mid playing at left-wingback. I mean, what could go wrong there?

What did happen was Michael Baldisimo showed he is very much not a centre-back as he got victimized on a few occasions in the first half. Patrick Metcalfe also continued to fail to impress, and while he has often played out of position, even when playing more centrally he hasn’t ever really wowed with his performances.

The Whitecaps can thank Maxime Crépeau for holding on for the point, as for the second time in less than a week he bailed out the rest of the team by pulling out clutch saves when needed. Given the Frankenstein nature of the backline these last couple matches he’s been the reliable force the ‘Caps need and he’s helped them stay in the thick of the playoff hunt.

One reason why the ‘Caps rolled out a bit of a makeshift grouping in Houston is because next up is an absolutely massive clash with San Jose, who are just a single point behind the ‘Caps in the Western Conference standings. Depending on other results, a win could put the ‘Caps in a tie for 7th. Lose, and they’ll be 9th at best and potentially 10th by the end of the weekend.

It’s all hands on deck for this one, which means the best possible line-up that Sartini can roll out given the injuries the ‘Caps are currently dealing with. One big hope is that Florian Jungwirth is able to go for a full 90, as he helped stabilize the defence when he came on at halftime against Houston, and especially with both Érik Godoy and Ranko Veselinović also ailing, Jungwirth has become a crucial piece. 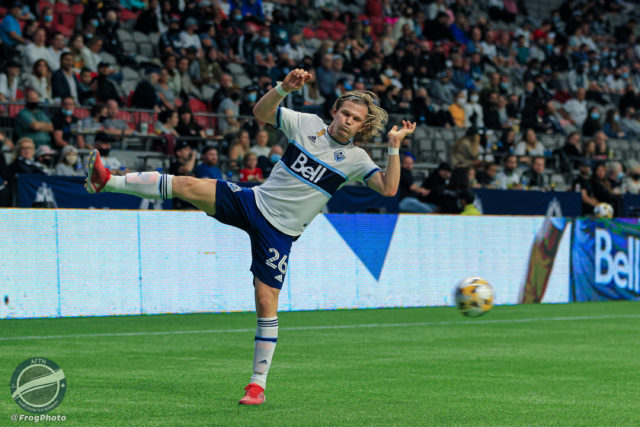 Ryan Gauld was only used as a substitute against the Dynamo in order to preserve his legs a little, and will slide back into the starting line-up on Saturday. Cristian Dájome has been an ironman this season, starting nine straight matches in all competitions, so will be out there again against the Quakes? I would guess yes, as much for his positional versatility as anything.

A player who’s played a similar minutes load, Janio Bikel, was rested for the first time all season against Dallas last weekend. He’s one of two players who has played in every match this season, along with Déiber Caicedo, though Caicedo has been more of a supersub in recent weeks. The person rounding out the quartet of players who have played in every (or almost every) match is Russell Teibert, who came off the bench on Wednesday after playing the full 90 in five straight matches.

Assuming that Sartini sticks with some variation of the 3-4-2-1 formation, the interesting question is who the pair in the middle of the park are. As mentioned above, Bikel has been an ever-present piece this year. But last weekend the duo of Teibert and Leo Owusu showed well together. One of those three has to sit unless the formation changes again, and though he’s definitely showed well overall recently, Owusu being taken out at halftime on Wednesday seems to indicate he could be the one to make way.

Looking at the visitors, the Earthquakes are coming off a tough 3-1 home loss against Seattle. However, they’ve been dynamite on the road recently: they haven’t lost away from home since June. Paradoxically, they’ve also lost three of their last four home matches, and on the season they’ve picked up more points on the road than at home.

Javier Eduardo López has been the man in form in front of goal recently, with six goals in his last four matches. On the other end of the spectrum, teenager Cade Cowell has slowed a lot since his hot start to the season. After recording four goals and four assists in the first 13 matches, he hasn’t gotten a single goal or assists in the last 13.

After this match, the Whitecaps will play Seattle and SKC, the two teams at the top of the West. Needless to say, points won’t be easy to come by then, and with so many teams trying to chase down the final playoff spots, the ‘Caps can’t afford to be dropping points against a team so close to them in the standings. There’s definitely going to be multiple matches called “must-wins” between now and November, and this is most certainly one of them.