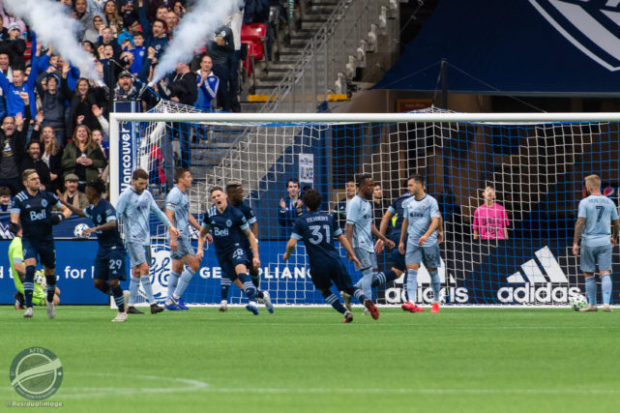 I’m gonna be honest, I did not think that I was going to write another preview this month. After two soul-sucking losses to San Jose and Seattle the Whitecaps looked dead and buried, but they somehow ground out a 2-0 win over Chicago to sneak into the round of 16.

If they are to progress any further it will take another upset, as the ‘Caps are set to face a team in Sporting KC that has already beaten them once this season. It was a 3-1 defeat on opening day, in a match that felt more lopsided than it looked on the stat sheet. I mean, Erik Hurtado scored! It was tough to watch.

That is all in the past, however, and the ‘Caps will press on with a team that will look different to the one SKC saw at the end of February. Four of the thirteen ‘Caps who saw the field in that match are unavailable due to absence or injury, and that’s not including Jasser Khmiri, whose status for Sunday night is up in the air after he was forced off against the Fire.

If Khmiri is out, then that hamstrings the ‘Caps flexibility even further, and puts them down to just 18 available players (not counting Jonathan Sirois or any other emergency backup goalie they are able to wrangle). It also puts them with just two available centre-backs – Ranko Veselinović and Derek Cornelius – which means they can’t use the 3-5-2 they started the match with on Wednesday.

Given that the ‘Caps might have just one goalie and five defenders to pick from, it’s not difficult to guess what the backline will look like. The one wildcard is Cristián Gutiérrez, who has come on as a sub in both of the last two matches. Wednesday was particularly interesting, as he came in for Owusu and pushed Adnan up the field to more of a winger role, but I think it’s unlikely that Marc Dos Santos elects to do that for a whole match.

The midfield trio of Inbeom Hwang, Leonard Owusu, and Russell Teibert has been locked in for all three matches, and Hwang and Teibert have played every minute of the tournament so far (joining Veselinović and Jake Nerwinski as the only ‘Caps to do so). Despite that, I feel Inbeom has not had that impressive of a tournament, as he’s struggled to really impose himself in games. If the ‘Caps are to advance any further, they need him to provide some magic.

Owusu, though he’s struggled with a hamstring issue, has been the most impressive of the trio so far in my mind, bringing a good amount of physicality to proceedings. He’s only lasted to around the hour mark in each of the last two matches, so it’s difficult to imagine he’ll be able to go all the way against SKC, which is a shame.

Up front, Yordy Reyna was the hero against Chicago with a goal and an assist off the bench, and you have to imagine he’ll slide back into the starting line-up. When it comes to who starts beside him, Cristian Dájome and David Milinković probably have the leg up on Theo Bair and Ryan Raposo, as they both started the first two matches, and Dájome scored on Wednesday. Milinković reportedly has a knock, however, which could shape what MDS ends up going with. The two young Canadians will likely be counted on to provide a boost off the bench, which the ‘Caps will really need as this is their fourth match in twelve days. 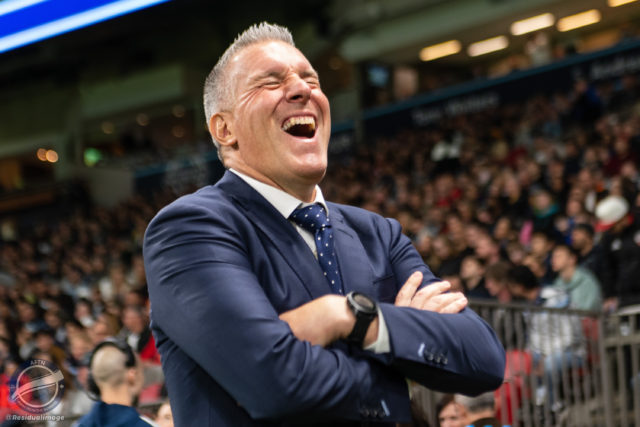 Looking at their opponents, SKC have the luxury of being able to roll out the same starting XI that beat the ‘Caps back in February, and in fact it was that exact same group that beat RSL 2-0 to end the group stage on Tuesday.

Alan Pulido has been a beast, with three goals and four assists in his first five MLS matches, and five different SKC players have scored at the tournament.

They are riding high at the moment, with a sparkling 4-1 record (best in the West) and a +8 goal differential (tied for best in MLS). DP midfielder Felipe Gutiérrez has yet to play this year due to a knee injury, but it hasn’t hurt SKC who have scored multiple goals in all but one match, and have a pair of shutouts already.

This tournament has been a topsy-turvy ride for the Whitecaps, in all facets. Two big losses, a big win, more and more players unavailable, and switching start times from 10:30pm local time last weekend, to 9am Wednesday, to 11pm this weekend have all factored into a pretty weird week and a half.

Let’s see if there are any more twists to this tale, or if the ‘Caps Disney magic has run out.