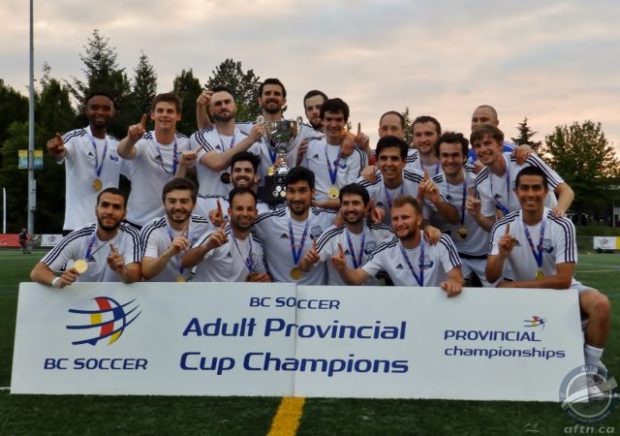 Metropolitan FC capped off a great season by adding the Keith Millar Cup to their VMSL Division 2 Cup after a 3-0 win over FC Serbia United in Sunday’s BC Provincial B Cup final at Burnaby Lake.

The battle between the VMSL Division 2A and Division 2B runners-up was expected to be a close affair but after a fairly even opening spell between the two teams, Metropolitan soon took over.

Both teams had their opportunities in the early going, forcing a couple of saves from the respective opposition keepers, with Metropolitan in particular having some close calls.

It certainly felt that the opening goal was coming, and it did just that in the 22nd minute when Metropolitan’s leading scorer Masumi Turnbull chested the ball down in the box, took a nice touch, and fired it home under the Serbian keeper. 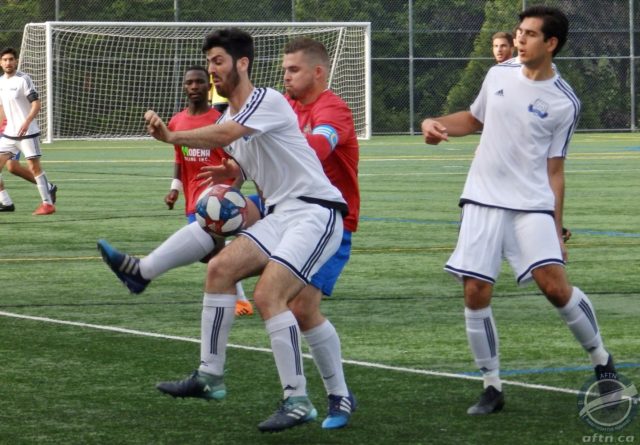 Metropolitan doubled their lead on the half hour mark with another nice goal, with Tomas Solano (pictured above) finishing off a slick passing move with a clinical near post finish.

They took that two goal lead into half time and were by far and away the better side, but Serbia came out for the second half pressing more to get the goal that would bring them back into the game

They came within inches of getting it when they had a shot cleared off the goalline midway through the half, and that was really to be their last hurrah.

Metropolitan comfortably saw out the rest of the match, having a few half chances to add to their tally, before finally adding a third three minutes into stoppage time when Edson Castro sent a speculative looping effort goalward, catching the Serbia keeper off his line, and ending up in the back of the net. 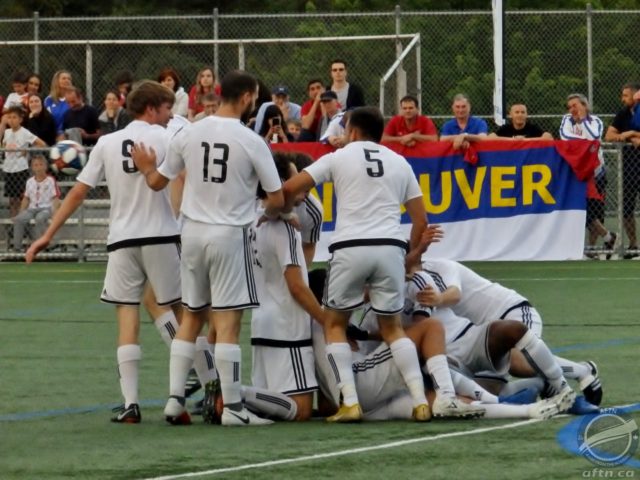 The final win sparked jubilant scenes from the Metropolitan players and supporters, in what was a very well attended games played in a great competitive spirit by both sides.

Serbia were missing some key players for this one, with the match being delayed two weeks from the original scheduled final date due to travel issues at the quarter-final stage of the tournament.

Metropolitan were worthy winners of their first Provincial title and will be hoping that their two cup successes will be a catalyst for a promotion push next season.

You can see all of the goals, some other highlights, and the trophy and medal presentations in our video below:

Here’s some video as well, which is better quality, from the other side of the pitch too:

You can see some more photos from the final on our Flickr account or in the slideshow below: 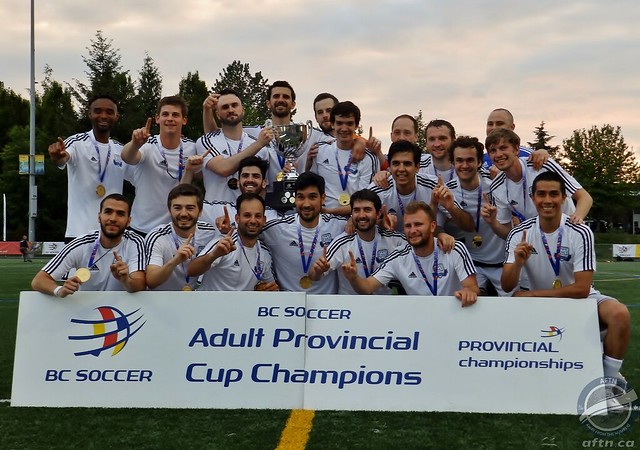