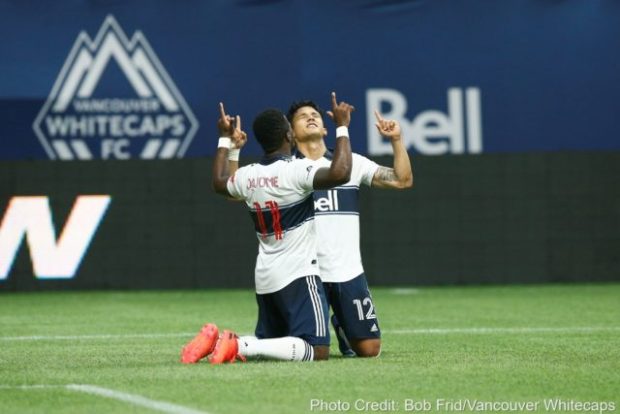 It’s now official. Portland is the new home for Vancouver Whitecaps until at least November. Not exactly a surprise after weeks of speculation.

Major League Soccer released the final set of fixtures for its teams on Tuesday and if the last few weeks of action weren’t busy enough, it’s not going to get any easier for the Whitecaps with those nine matches coming up in the space of 37 days between October 3rd and November 8th.

Six of those games will be taking place at Providence Park in Portland, with five of them ‘home’ matches and the other an away trip to face the Timbers. It’s a schedule that will also see Vancouver travel to take on Seattle, San Jose, and the LA Galaxy. 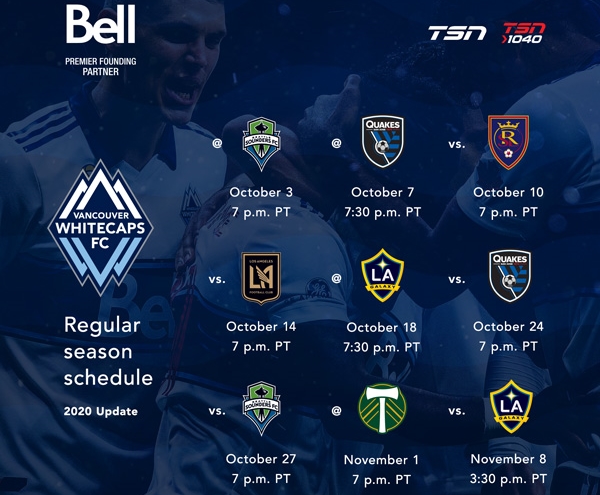 The Whitecaps get their first taste of Providence Park as their home pitch on Sunday when they take on the ‘visiting’ Timbers. Strange times.

Even more so for Whitecaps striker Fredy Montero, a player the Timbers faithful love to hate but who has played well in Portland over the years. Now, the city is his new home away from home, even if it wouldn’t necessarily be his first choice.

“It is what it is,” Montero mused to media during a Zoom call on Tuesday. “It’s not changing. Even if we don’t like the city, we don’t like the team, we have to go with the flow and try and get the best out of this. This is soccer and 2020 has not been easy for anyone. We have to play and I’m looking forward to winning as many of them to make the playoffs.”

Back as a first team starter for the first time since August last year, Montero sat out this summer’s MLS is Back tournament in Orlando. It was a difficult decision for Montero to make, but with the Covid situation seemingly spiralling out of control down in Florida and the strain being away would put on his wife, left at home to look after three kids alone during the holidays, it was one he felt he had to take.

“It was a tough moment as a family,” Montero admitted. “It was an important thing for me to stay at home with my wife and kids. I knew that the team was going to go there with young guys willing and being hungry to play games.

“I tried to make the right decision at that moment. I felt proud and I am proud of the decision that I made. But that is history now. I’m happy to be back with the team and giving everything that I have.”

And back he is with a bang, after two goals and three assists in the last two Whitecaps wins.

There’s been one lingering question though. While Montero has made this three game trip to the States for matches in Salt Lake, LA, and Portland, would he decamp again for the final spell of Whitecaps regular season matches that would take him away from his family until at least early November?

Well Whitecaps fans can breathe easier because the answer is a resounding affirmative, helped by the fact that the team will have some small windows to return briefly to Vancouver to see their immediate family through it all, starting after this Sunday’s match against the Timbers.

With the Canadian/American border remaining closed to all but essential travel until at least October 21st, all three Canadian MLS sides are having to play their home matches in the US. Montreal are calling Red Bulls Arena in New Jersey home, Toronto will base themselves at Pratt & Whitney Stadium at Rentschler Field in East Hartford, Connecticut, and Vancouver have Providence Park, while training on the wonderful grass pitch that is Merlo Field at the University of Portland.

All the teams will undoubtedly try and make the players and staff feel as much at home as possible during these unprecedented times. That’s not always going to be easy, but I’m sure some Blue Star and Voodoo donut runs and trips to Trader Joes will make things a little easier.

As will the ability to briefly charter home to see their loved ones.

After Sunday’s game against Portland, the Whitecaps players have two options: travel back to Vancouver, go into quarantine for two to three days/see their immediate family, then travel back to the US to resume training (permitted as they are chartering in and out), or to stay in the US.

Montero will be doing the former, and with more opportunities to do this over the remainder of the season, everything has combined to make Montero all in for the Whitecaps as they continue their battle for a playoff place.

“Yes, yes, I’m looking forward to finishing my contract here, it’s all the way till December 31st,” Montero confirmed. “The next month is going to be full of games, also there is a window where we can go back to see our families. It’s going to be tough for everyone here on the team, but it’s the last run of the year.

“We’ve been looking forward to playing games, so now we have all of them in front of us. I wish my family was with me, but the kids are at school now, thank god.. My wife is happy she doesn’t have to take care of them all day long. I have to be here taking care of my job, so yes, it’s going to be a good month” 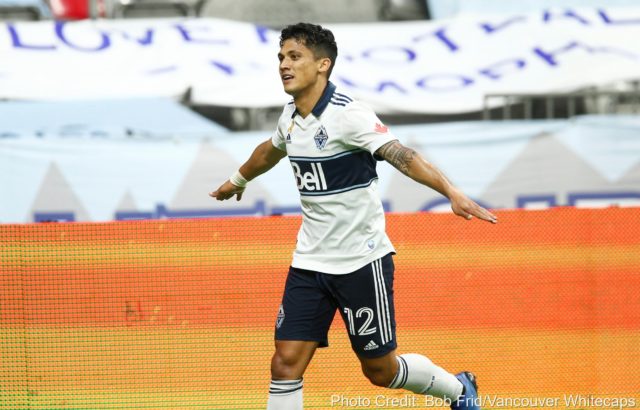 Montero is going to be a key player for the ‘Caps down the stretch, and he knows it. His experience will be crucial to a young team, as will be his goals and assists, and the striker believes that everything he can bring is what the team has been missing at times this season.

“I think the team was lacking a lot of energy, a lot of running in front, a lot of verticality, without a purpose,” Montero stated. “That’s what I felt. I’m happy to be giving back to my team. They are trusting me. This is who I am as a player. I’m a hundred percent confident of my talent as a soccer player.”

And while much has been made of the potential of his partnership with Lucas Cavallini on the pitch, there’s also the exciting play we’ve already seen from the Colombian Connection with his countryman Cristian Dajome that could prove critical to the ‘Caps success in this business end of the season.

“Obviously Cava’s been out the games I’ve been starting,” Montero said. “With Dajome, knowing the characteristics of his play, he’s a fast guy that’s always looking for space. He knows me as well, that I like to have the ball at my feet but also I can create space for him to go and attack the ball.

“It’s a good connection because we know each other, the strengths, and we’re using that as a key moment in the games.”