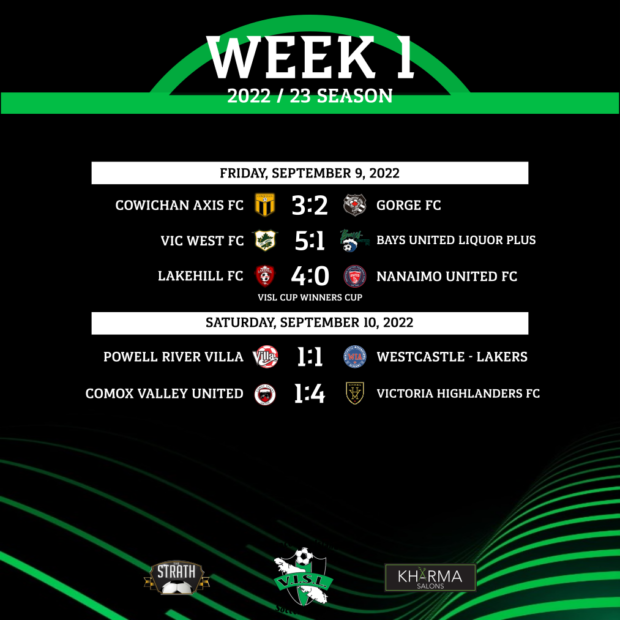 The Vancouver Island Soccer League (VISL) returned to action last weekend and it was an exciting couple of days that saw all games played, narrowly missing some bad air situations, as the action in Division 1 got underway with some high scoring affairs.

The Division 1 action started off on Friday in Cowichan with the hosts defeating Gorge 3-2 thanks to goals by Blaze Roberts, Connor Crichton, and an 89th minute penalty winner from Michael Daniels. Jordan DeGraaf and James Cameron got the goals for Gorge.

Friday also saw Vic West hosting Bays United in Sooke and they came away with a convincing 5-1 victory the lead the way after week one. Vic West’s goals started with a Bays own goal, with Daniel Pritchard, Salem Almardy, Marcus Campanile, and Alex Balbo helping them go nap. The lone marker for Bays was scored by Robert Eng.

Friday wrapped up with the Game of the Week, which also doubled up as the Cup Winners Cup, between last year’s League Champions (Lakehill) and last years Jackson Cup winners (Nanaimo United).

And it was the defending champions Lakehill that came out the victors with a comprehensive 4-0 win after a pair of braces from Patrick Nelson and Craig Gorman. Earning his first clean sheet of the year was goalkeeper Hardeep Gahunia. The game MVP was Lakehill goal scoring machine, Craig Gorman.

Saturday started with Powell River Villa hosting Westcastle Lakers, and they battled to a 1-1 draw. Villas goal scorer was James Timothy while Westcastle snuck in a late 86th minute goal by Taylor Ako to share the points.

The division’s opening weekend action wrapped up with the Victoria Highlanders going to Comox and winning 4-1 after goals from Godwin Babu, Logan Beaverford, and a couple from Samule Vieira. The lone scorer for the hosts was Kyle Bate.

Here are the early table standings for the division after the five week one matches: 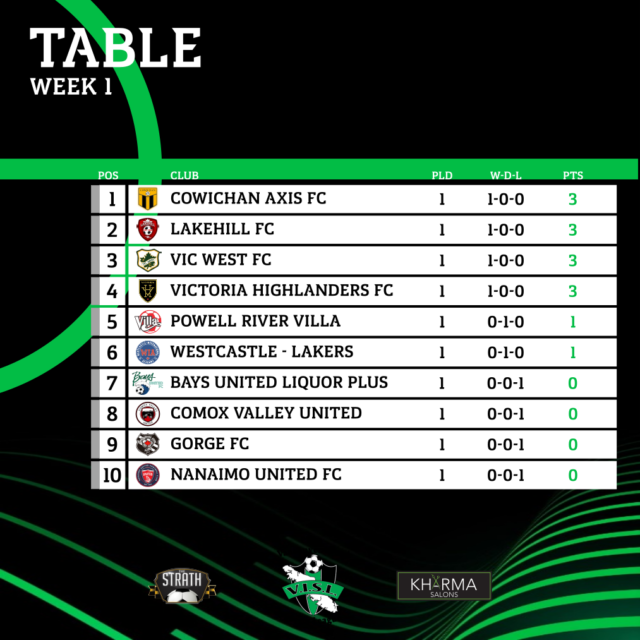 Fair to say that there were some interesting results over the weekend.

Lakehill running away with their match was one of them, even though the game was very close for the first 30 minutes. Cowichan defeating Gorge was a surprise to some, and Westcastle earning a point in Powell River turned some heads as well.

Plenty of goals over the weekend, and here is the first Golden Boot leaderboard of the season, with defending champion Blair Sturrock, and fittingly, a couple of Lakehill players at the top. 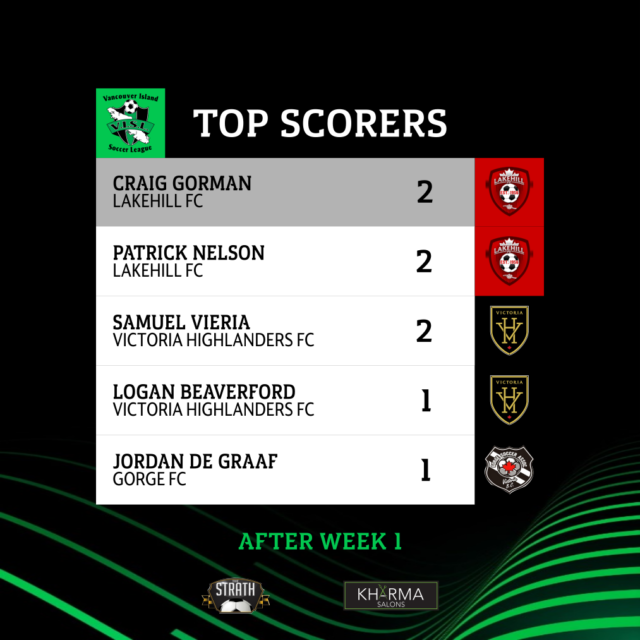 It was a great weekend of local soccer with games up and down the whole Island across the whole island. Thanks for supporting grass roots soccer, and the people in your community.

And there’s more on store this weekend, with the following Division 1 match ups on the slate. 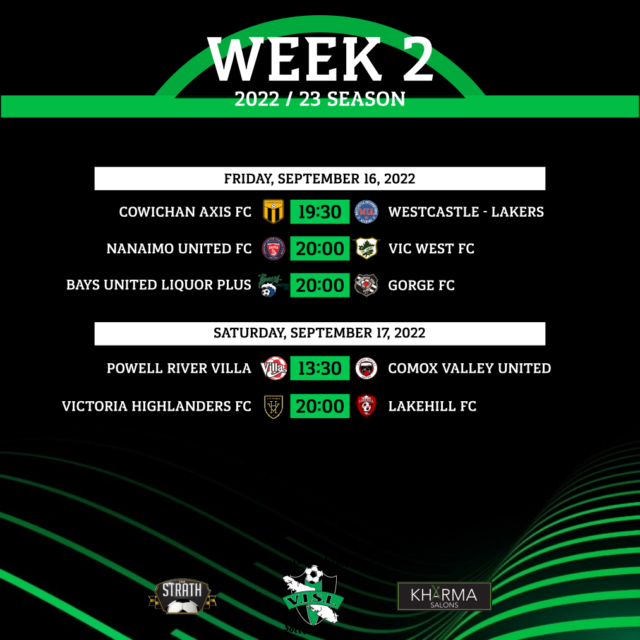