Kekuta Manneh’s trade to Columbus Crew for box-to-box midfielder Tony Tchani will no doubt have surprised a large proportion of Vancouver Whitecaps’ fanbase.

Some will hate it. Some will see the trade as another example of a front office in panic mode and not knowing what they are doing. Some will feel if you can let a big name player like Manneh go then no-one is safe (and they shouldn’t be). But as we’ve talked about for the last few weeks on the podcast, trading Manneh made perfect sense, it actually had to happen, and it shows some real soccer savvy by the ‘Caps to make sure that it did.

For years, Manneh has been the highly heralded prospect. The star waiting to break out before an inevitable big money transfer to an English Premier League side. One of the faces of the team in their marketing campaigns, literally, with his picture appearing on adverts around the city. Ask fans to name their favourite Whitecap and Manneh would certainly be one of the top players given as an answer.

There’s no doubting Manneh was a crowd favourite. It’s ballsy to get rid of such a player, but it was also correct.

On his day, Manneh is electric. A handful for any defence, with an amazing burst of pace and a sweet finish. But therein lies two of the problems with Manneh – that shtick was becoming all too predictable and those days were becoming fewer and fewer.

In just over four seasons with the Whitecaps, Manneh hit 22 goals in 104 MLS appearances. That was a goal every 4.7 matches played. There were times when we discussed that the ‘Caps were too reliant on Manneh. Our attack was a one-man show. If Manneh wasn’t on his game, then nothing was happening.

That was certainly true for a lot of that time. When he hobbled out of the 2015 Western Conference semi-final second leg at home to Portland after 26 minutes, you knew right there and then that the ‘Caps playoffs hopes had gone with him. He was that kind of player. He made things happen. Just not on a consistent enough basis to make him the star he could and should be.

Manneh’s time in Vancouver should be remembered with mixed memories. He gave us some fantastic moments that will live with us for ever, with that 2013 hat-trick in Seattle topping the list.

You never tire of watching that. Manneh was like a one-man Seattle wrecking machine. But that match was one of only three multi-goal performances from the forward in four years. Those stats are simply not good enough for a player looking to make it at the top level of the game.

Manneh’s modus operandi was pretty clear. Get him the ball, let him run at super speed at defenders, turn them inside out or breeze past them, then have a shot on goal. The trouble is everyone knew he was going to do that. If you were a defender that stuck your foot out and nudged the ball, or you just got in a block, then the danger was over. Now, doing that against a speedster is obviously easier said than done, but more and more defenders were able to do it.

It felt like Manneh was something of a one-trick pony. We asked him about it on countless occasions and he always said it was something he was working on, to add more variety to his game. We’re still to see that. Maybe Columbus will luck out.

Speed and finishing don’t always go together (just ask Erik Hurtado). It’s all very well and good getting past that last defender but if you still can’t put the ball in the pokey then it all counts for nothing. Games like the crucial one in San Jose in October 2015 spring to mind when Manneh had AFTN’s Miss of the Year. One on one with the keeper and he can’t put it away. Not for the first time and not for the last. Again, that’s not a player that’s going to make it at the top of the game until he irons those kinks out. If he can.

Then there’s the defensive side of his game. Or lack of it. When a 16-year-old is showing more defensive hustle than you, and actively improving that aspect of his game, then there’s no excuses and the writing is on the wall. Manneh’s defensive display in San Jose (clearly not a happy place for him!) was the last straw for many fans. His lazy play cost the Whitecaps crucial points. Robbo sent a message by benching him for the next two games, and not for the first time.

Four years into your pro career and you expect those things to be better, or at least showing some signs of improvement. We weren’t seeing that from Manneh and for those reasons you knew he was on his way out. You could argue that he was misused here and seldom played his preferred position as an out and out striker. Columbus certainly seemed to be hailing adding a striker in their press release, so maybe this move with relight his career with a bang. 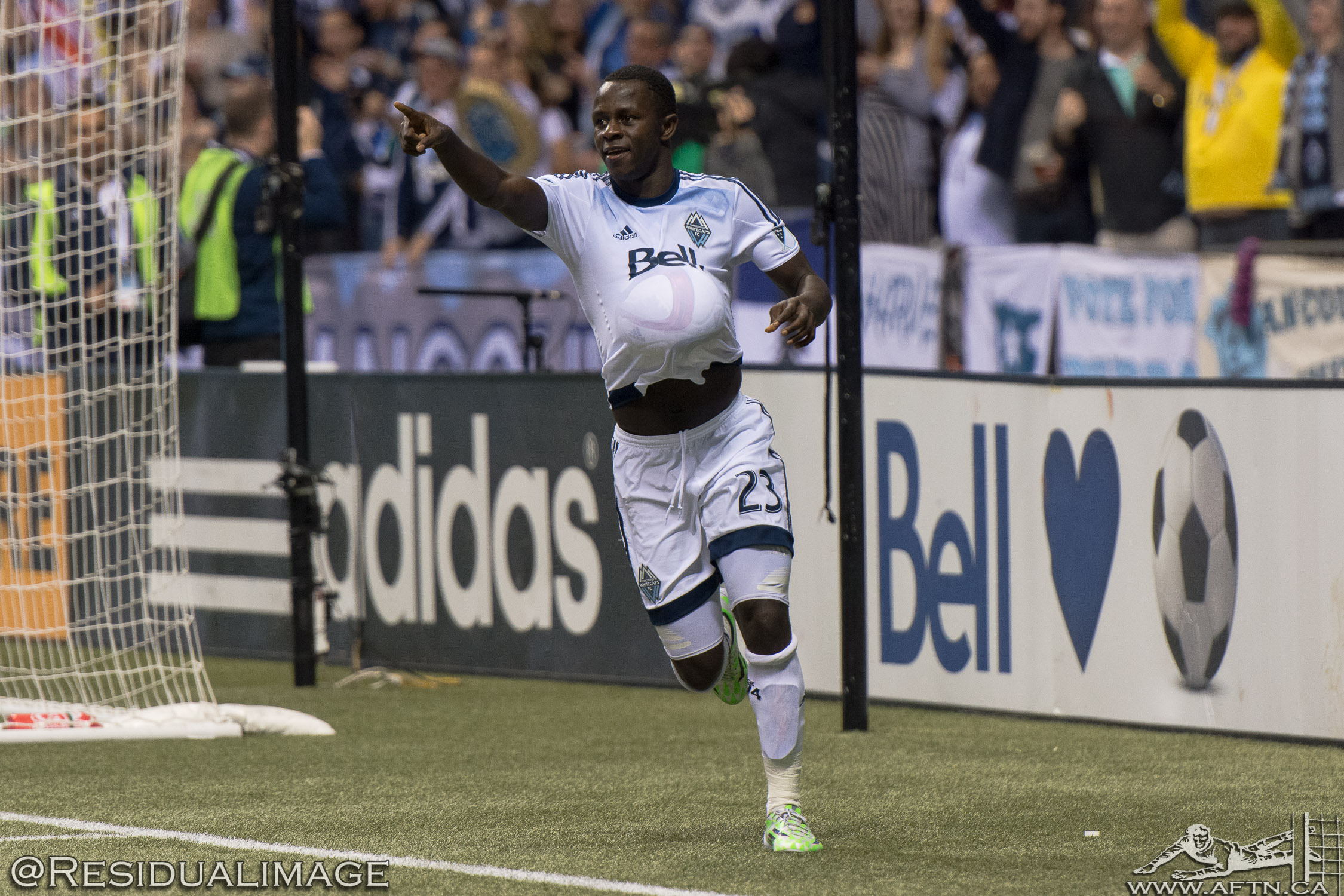 But another huge aspect of him leaving Vancouver was his contract. We talked about that in Episode 181 of our podcast. Manneh was out of contract at the end of this season. He could have signed a pre-contract with anyone in the summer if the ‘Caps didn’t have a new deal inked by the end of June. There were talks, both parties indicated a willingness to get something done, but nothing was signed.

Now you could put that down to the ‘Caps being cheap and not wanting to give him what he’d have been looking for, Camilo 2.0, but they’re quite right in this instance not to. Right now in his career, Manneh is a massive risk to give a lucrative contract to.

I seriously worry about his health moving forward as a player. He’s had far too many injuries in his fledgling career and every time he went down, and a couple of times already this season, you worried he was going to be out again. Whether it be with his ankle or his metatarsal, the alarm bells are ringing hard around his future health. Hopefully a move to the grass surface at Mapfire Stadium will help him, but I also wouldn’t be surprised is his career ends early.

For that reason alone, never mind factoring in all the other aspects, this was the perfect time to get rid of Manneh. He’s healthy. That may not last.

Whitecaps Lenarduzzi revealed that Manneh’s trade had been in the works for six weeks, indicating that any contract renewal talks clearly weren’t advancing at all. Trading him now is likely the highest return the ‘Caps could have gotten – he’s healthy, his stock remains ridiculously overly high amongst US pundits, and he’s coming to the end of his contract. All things considered, the ‘Caps scored big with this one.

In return for Manneh, the Whitecaps now get a MLS veteran entering his eighth season in the league in Tchani, along with $225,000 in Targeted Allocation Money and $75,000 in General Allocation Money. If Manneh signs a new MLS deal in Columbus, the ‘Caps will also get the Crew’s natural first round draft pick in 2018 and more GAM if Columbus trade Manneh to another MLS club before December 2018. If Manneh moves to Europe, the ‘Caps will also get a percentage of any future transfer.

A fantastic deal, but one with a few caveats. And one of those is Tchani himself. 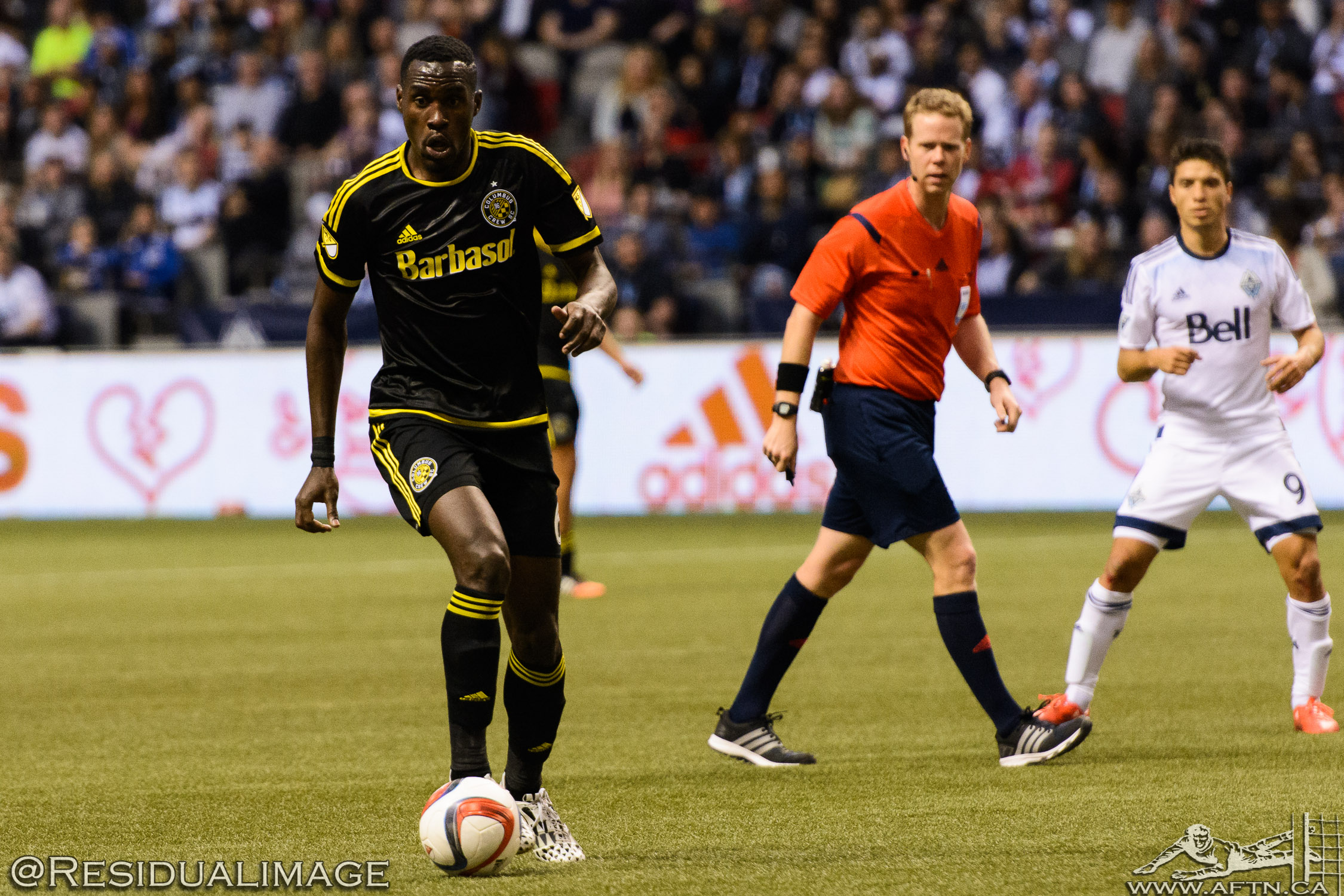 Tchani is just what the ‘Caps needed. In theory at least. They’re upgrading a positional needs whilst reducing a position that is currently player-heavy. They’re getting a box to box midfielder, with much needed MLS experience from 180 appearances. Dare we even dream moving to a 4-4-2 formation?

He’s scored 10 goals and had 21 assists. He gives Matias Laba the attack-minded DM alongside of him that will allow him to hopefully get back to his defensive best (or be replaced). But he needs to perform on the pitch right from the very start. He’s been out of favour in Columbus and hasn’t featured for one single minute for the Crew so far this season. Is he even match fit and able to go right away?

What the ‘Caps certainly don’t need is a MLS veteran that’s best days in the league may already be behind him. Tchani is arguably on the slide. That’s one way to read in to the Crew’s take on him after losing his starting place last season. He’s 28 next month. Will this be a career resurgence for him and just what’s needing or will we see more regression. If it turns out to be the latter, then the ‘Caps have been screwed in this deal.

It also likely signals the end to any Atiba Hutchinson interest unless the ‘Caps plan to move on Laba or see Tchani as a much needed short term fix till the summer and then they’ll move him on (he was on the roster of three clubs in 2011).

Lenarduzzi has indicated that this deal will allow the ‘Caps to bring in more attacking strength through the GAM/TAM aspect of the deal and that they already have a few players in mind. That again will help seal this as being a great deal if they can get the right piece.

For now, we all need to wait and see.

The Whitecaps have lost an exciting player. One of the few we’ve had here in Vancouver that genuinely excites, draws gasps from the crowd, and gets people on his feet. For all the shortcomings we’ve outlined, he will be missed. I’ll personally miss chatting to him. We’d established a great relationship over the years and he was always happy to chat and be honest about his play. I wish him nothing but the best and truly hope he can become the player we all know has the ability to be with the right consistency.

But the time was right for him to move on. It’s best for both parties. Did the ‘Caps get enough in return and is it enough to allow them to turn their season around sharpish? Ask us that in a couple of weeks. 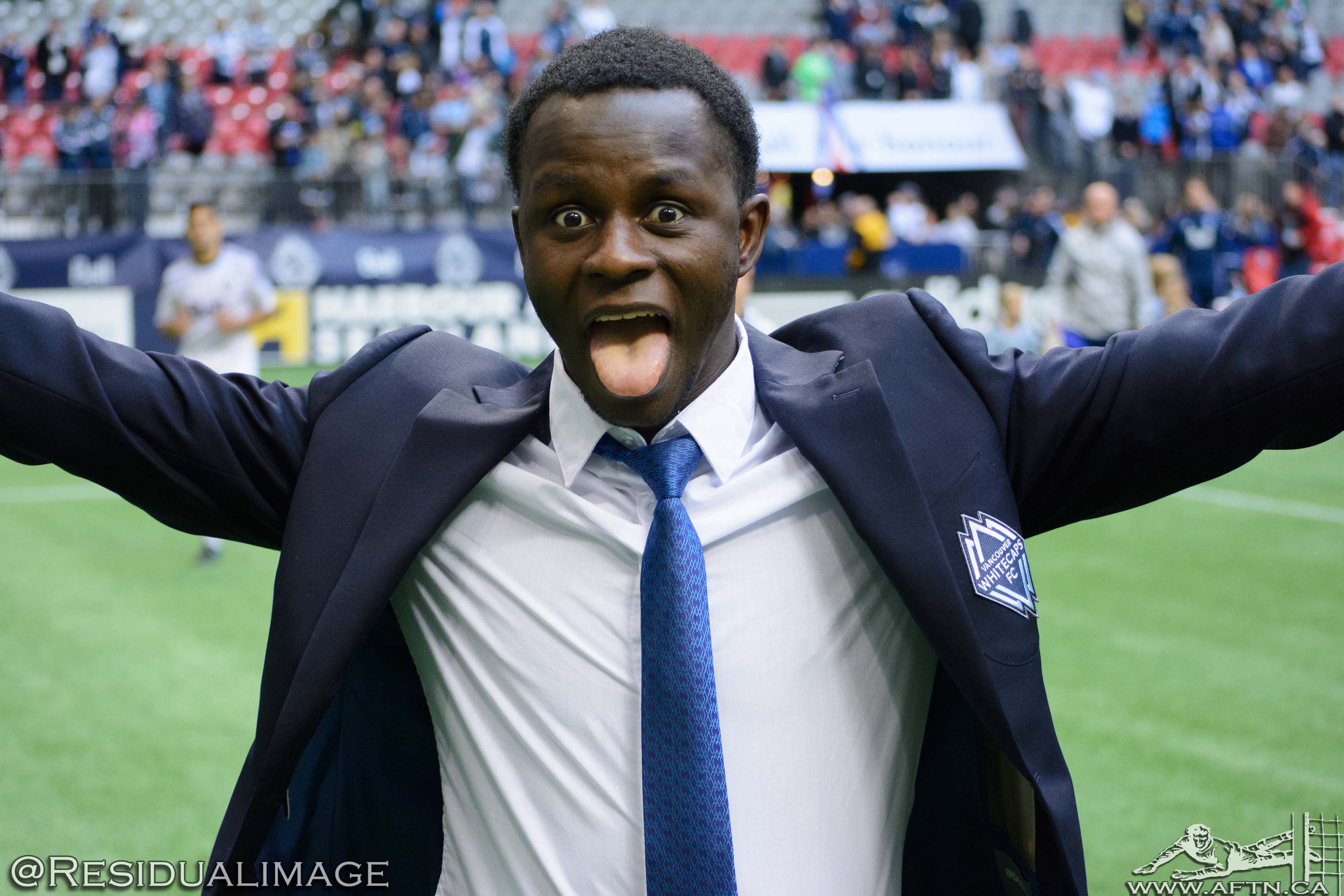