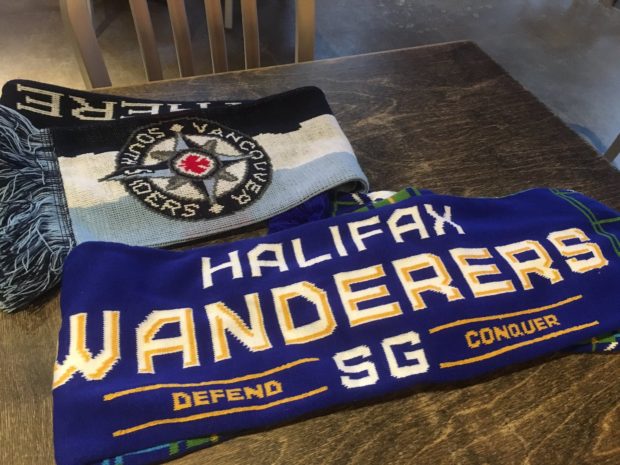 It’s taken me ten days and a trip clear across the country to take stock of the emotional trauma associated with being both a Whitecaps supporter and a charter member of the #OptimistsUnion during this muddling month of March.

About a month ago the consensus was something like this: the Whitecaps needed to patch up at right back, central attacking midfield, and striker with new acquisitions, and we got them. We had trimmed away some of the dead wood, rehired a great veteran leader in Mauro Rosales, and even shocked everybody by buying Brek “Swear like a Supporter” Shea, an acquisition that was on nobody’s radar.

We were heading into the Champions League semi-final with permission granted to get off to a slow start in the league if it meant we have a good showing in Mexico. A good showing meant, by popular consensus, a 2-0 loss in Monterrey. If that meant sending out a reserve team again San Jose, no problem. Do it. Early season league points could be sacrificed.

First Yordy Reyna went down. Then Fredy Montero got stranded on a desert island, and although we magically went up 2-0 in San Jose on Erik Hurtado and Nicolas Mezquida’s prowess, David Ousted wandered “Outside The Box” and we threw the game away.

In Monterrey we acquitted ourselves well until an own goal sank us and we finished, as expected, 2-0 losers but with a sour taste in our mouths. We came home and held Toronto to an eye-watering 0-0 draw until Brek Shea picked up a chant from the Southside and a red card to go with it.

Suddenly we’re pretty much where we figured we would be, but in all the wrong ways. It’s all very Capsy indeed: doing all the expected things in unacceptable ways.

I’m not sure what the emotion is. Not despair exactly or disappointment. It’s the feeling of having everything basically work out according to plan in a way that causes you to lose hope. I’m stubbornly clinging to the #OptimistsUnion because it’s clear that the club isn’t even competent enough to engineer disappointment. Somehow things will have to get better.

I can imagine that this team, which is pretty good on paper, has to be able to find ways to turn it around without setting loose their manager. But football is a funny old game and you don’t always get what you want. What happens on the field involves another team of people working against your aims. What’s supposed to happen in your own stadium however, in your own town, is entirely up to you.

The club has actually done some things lately that have made it increasingly hard to wave all but an ironic banner. We received a poster as a season ticket package, which paled in comparison to what teams like NYCFC and TFC were offering their supporters. We were trolled by our own club announcing a trade of $50,000 of play money as if it was a DP signing. More recently, it was discovered that, of the hundreds of thousands of @WhitecapsFC twitter followers, only 27% were verified to be real.

After two home games it has become patently clear that the Southside has been rendered into tatters by the ‘Caps ticketing polices and lack of creative supporter relations, which, instead of working with the supporters groups to help fill in the supporters sections, have meant that season’s tickets have been snapped up by resellers who are flogging “the best sporting atmosphere in Vancouver” to people who don’t really want to be in amongst it once they are asked to sing.

“I hope you’re not going to play those loudly” said one touchy tourist who had bought a seat right next to the drums. That seems to sum it up. That guy could have been speaking for the entire organization.

Up in the Pigeon Loft, we are at least trying to generate a bit of a good time, with some two-sticks and a few new chants for Mati Laba and Sheanon Williams, and a couple of self-deprecating numbers just to stay a bit honest and humble. I think we enjoy making the most of a bad time in the team’s history and somehow we’ve managed to enjoy ourselves in spite of results.

Last week I watched a compilation of all of our 2011 goals, and I watched the crowd reaction in the Southside at Empire. We didn’t score a lot that year, but we didn’t score a bad one, and each goal was greeted with delirium. I miss those days.

Our inaugural MLS year was a terrible, terrible season, but the team was easy to love. We had character and joy in our football. The Southside was cheeky and unified. We weren’t yet completely cynical, although the undercurrents were there, as the long time Southsiders will tell you.

The excitement of the 2011 campaign papered over the very real structural issues in supporter relations that we are dealing with in 2017. It has been a multi-year project just to work with the club to fill the supporters section with actual supporters group members and I fear we’ve actually slid backwards.

You don’t know what you don’t have until you see it elsewhere. This year’s launch of TSS Rovers as a Canadian team in the PDL stands in stark contrast to the way in which the Whitecaps currently engage their supporters. Rovers have a sharp new kit, a beautiful scarf, an active social media life. They are going to play at Swangard. They are basically supporters running a football club and it’s worth the $80 season ticket price just to give them a hand. That’s only 16 cups of fancy coffee and for your trouble you get summertime Friday night football and the reciprocal love and support of a club that knows how important supporters are, because that’s what they are too.

And Rovers aren’t the only ones. Last week I was in Halifax where I had coffee with Andre Bourque of the Halifax Wanderers Supporters Group, yet another Canadian Premier League supporters group without a team. When you sit down and talk to him about what they are doing, his eyes light up with joy and pride. He has a chance to see live professional football in the town he loves and to work with a bunch of others to represent Halifax in all its quirky diversity.

The team is excited to have a supporters group already in place, and they are meeting together on March 30th hopefully to learn some good news about the CPL and the Halifax club. Mouths are watering at the prospect of Moncton away days.

All we want to be is proud of our team and our city. I cannot understand why the Whitecaps organization makes it so hard to love them.

A reset of the simple things, a trial and error approach to upping our game, a recommitment to the fans that desperately want to love this club is required. It’s not just about the vocal supporters groups either. It’s about all of us.

When a shoestring start up operation in Burnaby and a wispy idea of a team in Halifax are outclassing you, it’s time to rethink your strategy. When upstart Atlanta United enters the league and after three games REDEFINES atmosphere, you ought to be paying attention. When the Southsiders twitter handle rewrites your supporters section policies in a practical way, you might want to issue a mea culpa.

Professional sports operations of any kind cannot do it without the supporters, both for our passion, our willingness to hang in there, and the incredible reserves of creativity that are there for the tapping. Being countercultural at best, football clubs have a chance to actually break new ground. We aren’t doing it.

We’ll be here, but it’s clear that we are not an infinite resource. Results help, but how you deal with the unexpected says volumes and how you do the tough work of working WITH your engaged fans matters. The optimist in me can see a myriad of ways we can go, but it’s going to require something different now, a 180 degree turn and a full commitment to try to change the nature of the club from Capsy to classy.

Let’s do it. Why not? We can only get better from here.