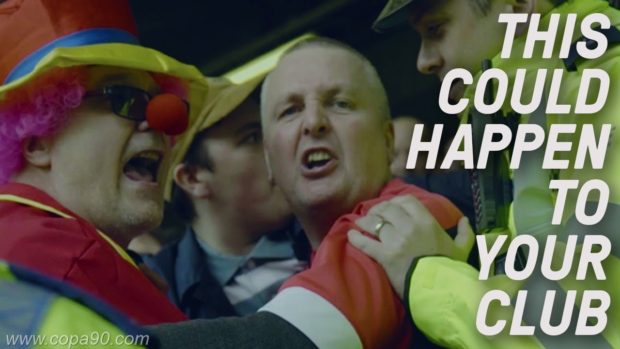 Supporter culture around the world is rich and varied, and yet there are elements that are shared from Turkey to Japan to Norway to Argentina. The Southsiders, Curva Collective, and Rain City Brigade all draw their inspiration from different cultures and traditions, and you can see that on display every week at BC Place as we do our thing to add to the evolution of supporter life.

In an effort to share more of the diverse world of our inspirations and aspirations, I’m going to start offering an irregular collection of links to articles and videos on supporter culture, and I’m calling it “Off the Post” because that’s where we take these things from and because, frankly, I don’t always hit the mark. Enjoy this offering!

Back in the Swangard days, the Southsiders had a deep relationship with the players and the manager, especially Jay Nolly and Teitur Thordarson. The proximity to the goal and the pitch and the intensity and devotion of the early Southsiders knitted that relationship together. When Teitur started in Vancouver, he made a point of sitting down with the supporters and making sure that relationship was tight. Here’s a snippet of a little documentary from those times recalling the oral history of the evolution of that relationship.

Scarves are perhaps the most iconic item of supporter culture. The folks at Ruffneck Scarves, who produce a lot of the scarves for supporters groups around the world, have written a great history of the soccer scarf. Scarves are collectable (my own collection is made up of scarves obtained personally from supporters of other clubs) and that hobby lends itself to curation and display. Check out Kenny’s collection of scarves just from Canadian clubs alone.

Scarves are one thing – everyone has one of those – but to move more deeply into supporter culture you have to sing. Football chants and songs are a pure folk tradition. I’m a pretty obsessive creator of chants for both the Pigeon Casuals in the Southside and the Swanguardians of TSS Rovers. Here is a classic article on where chants come from, and a video on the story of how Dale Calavese spread everywhere (including to BC Place).

Finally, I don’t think we actually hear much in MLS about the connection between clubs, players, and supporters. That’s partly down to the ‘franchise’ structure of the league and the cynical marketing of supporter group images. But from a supporter’s perspective, the relationship does matter and we always want it to matter more.

When you see the kind of support that Ultras around the world bring to their teams, you see why. And when you see what happens when a cynical owner runs a team like Leyton Orient into the ground, you understand just how heartsick that relationship can make you.

Win or lose, celebrate or despair, all we really want is an authentic feeling from our experience in the stands.

Let us know in the comments what you think of these links and feel free to send me other supporter culture articles and videos that grab your attention.