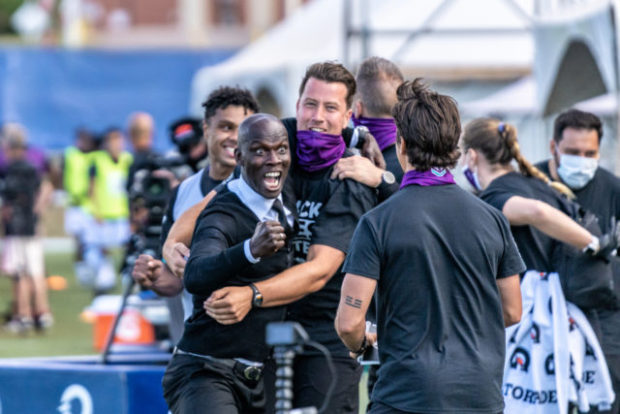 When Pacific FC take to the Starlight Stadium pitch tonight in their Canadian Premier League clash with Cavalry FC, that’s how long it will have been since they played a home game in front of fans.

That match 689 days ago, a 2-0 win over Valour FC on October 19th 2019, was the first game after the club parted ways with their inaugural manager Michael Silberbauer. It had been a tough first season in the league for Pacific, one that had seen them finish 5th in the Spring standings and 4th in the Fall ones, managing just eight wins and 31 points from their 28 matches overall.

The search was then on for a new head coach to take over the helm. That ended three months later with the appointment of Pa Modou Kah. The former Norwegian international brought with him experience of playing in seven countries, including playing for seasons in Major League Soccer with Portland and Vancouver.

This was his first head coaching role after spells as an assistant in Vancouver and Cincinnati, and Kah couldn’t wait to get started. Then Covid-19 struck.

A much shortened first season in charge saw Kah secured a top four finish for Pacific at the island games, with a lot of positives and foundations to take away and build upon from the tournament. Now, after an eight game season kick off event in Winnipeg over the last month, Kah and his young Pacific side are back home and he gets to lead them out onto the pitch in front of a home crowd for the first time.

“It’s going to be special, but it’s not about me, it’s about the players. The players are very happy. They’ve been looking forward to this moment and have been waiting for a very, very long time… It’s going to be a special day but the boys are going to enjoy themselves, which is the most important thing for me.

“It’s just another football game for me, but it has a lot more meaning for me because it’s on my birthday. We’re looking forward to it and we’re very much happy to have the fans back.”

Pacific will be looking to build on a strong start to the new CPL season. Four wins and two draws from their eight matches at the kickoff event in Winnipeg sees the islanders sitting in second place in the early standings, four points behind leaders Valour FC and five clear of the playoff line.

The top four in a single table format will advance to the postseason. There’s still a lot of football to be played before then, 20 more matches in fact, but the early signs are positive for Kah’s men and he’s liked what his group have shown him both on and off the pitch so far this season.

“The type of football we want to play is sometimes the most difficult one because it asks a lot of our players mentally, as well as physically. But I like where we all are, as a club, as a staff, and as players.

“Coming out of these eight games, we are a target and when you look back at it, there was maybe two games where you could have said that could have given you an extra six points and put you in a great position, but overall we came out of the bubble on 14 points and in second place which is a good thing. We just got to continue getting better. 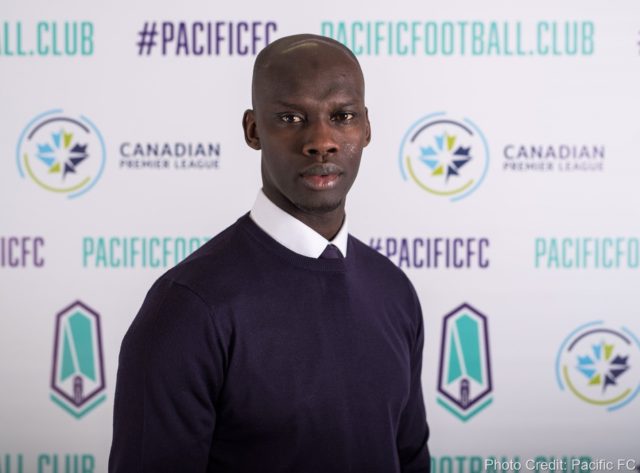 Who Pacific are is a team that plays exciting, attacking football.

They headed home from Winnipeg as the highest scorers with 13 goals. Marco Bustos, Alejandro Diaz, and Josh Heard led the way with three goals each, while Bustos leads the league with four assists. They’ve got a deep attacking unit and that should serve them well over the course of a gruelling season where the games are coming thick and fast.

There’s still more work to do defensively, but four clean sheets from their first eight games shows that also trending in the right direction. A lot to please Kah, but he knows this is just the start of what his team is capable of.

“We did okay [in Winnipeg], but there’s more in this group,” Kah added. “They know themselves that there’s more to give. There’s nothing given out after eight games, it’s the 28 games plus the playoffs that matter and accolades are given. That means we haven’t done anything. We need to continue to be humble, we need to continue working hard, which this group is doing every single day. They’re not satisfied, which is a great thing.”

Bubbles over, Pacific are now finally back home. A boost to them and every club in the league, Kah feels just being able to “smell the fresh air of the West coast”, being in your own bed, and seeing family is an immeasurable factor now for the remainder of the season.

And it’s going to be a tough slog to the playoffs.

The Western teams were the strongest at the Winnipeg kick off event, filling the top three spots, with tonight’s opponents Cavalry FC tied on points with Pacific. With 80% of the remaining matches to be played being West v West and East v East match ups, there’s a lot of points to be both won and dropped, and with teams taking points of each other every week that gap to the chasing pack will soon close and every point will be a premium.

All of that makes tonight’s Pacific v Cavalry showdown, in front of 5000 fans, all the more important and Kah knows he’ll have a battle on his hands.

“You know what you’re always going to get from Calgary and Tommy [Wheeldon Jr] has done a fantastic job with them, even with Foothill,” Kah mused. “It’s a hard working team and nothing will be given, which is the same as us, so I anticipate a great game from both sides. With fans in, it should be a wonderful game. It should be a game that everybody is looking forward to.

“We watched them in the bubble and they’re a contender. They’ve shown it for the past two years. It’s just about continuing to do what we know and what we are capable of doing ourselves. It’s going to be a great game.”