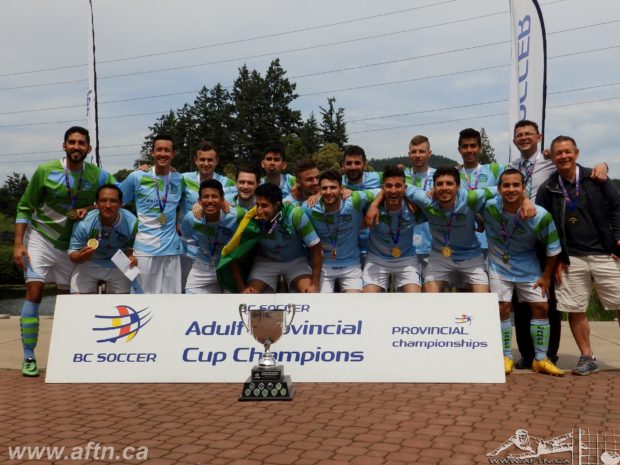 The BC Provincial Cup Finals weekend kicked off at Westhills Stadium in Langford on Saturday morning with what looked on paper to be a tasty B Cup clash between VMSL rivals Campo Atletico and Rino’s Fury.

It always had the makings of a great game, but few could have predicted the dramatic start that saw Campo Atletico open the scoring after only 10 seconds. By the time they added a second in the 20th minute, the game was already starting to look over as a contest.

Rino’s fought hard to try and get back into the match, but Campo’s defence were holding firm and with the Fury pushing hard, Atletico caught them at the back again with 17 minutes remaining, adding a third. Rino’s grabbed a consolation with three minutes remaining, but there was no time left for a dramatic comeback and Campo held on for the 3-1 victory.

Campo’s road to victory wasn’t an easy one. The team were left struggling for fit players in the opening rounds, having to play with a lack of substitutes at times. But it didn’t prevent them hitting 15 goals in their four matches, conceding only four, on their way to lifting their second Keith Millar Cup in five years.

“I feel very happy,” Camp coach Eduardo Azmitia told AFTN after the win. “It’s a nice reward for the hard work of the players. This season has been very long and they’ve trained very hard. Every game has been very difficult.

“The level to be in this cup was really hard and so they really put their heart and their sweat in every game. So I feel a very good reward. [Rino’s] are also a very good team. We were just a little bit lucky today.”

Rino’s were caught cold from kick off and it was a goal reminiscent of their opening goals in the last two rounds. A long ball was played forward to their speedy striker Pablo Mora Angel and the Colombian get the better off two Rino’s defenders before slotting home past Uluc Birol into the bottom left corner.

The goal was timed at 8.6 seconds. A stunning start but getting out of the traps quickly was clearly in Campo’s gameplan.

“We actually went to observe them last week, and we also watched some videos of how they play,” Azmitia revealed. “Even our warm-up was all geared to attack from the beginning. We had them ready mentally. Even last night we had a talk that you come [out fast]. The game starts 24 hours and that was part of the plan. So we were very happy that it turned out that way.” 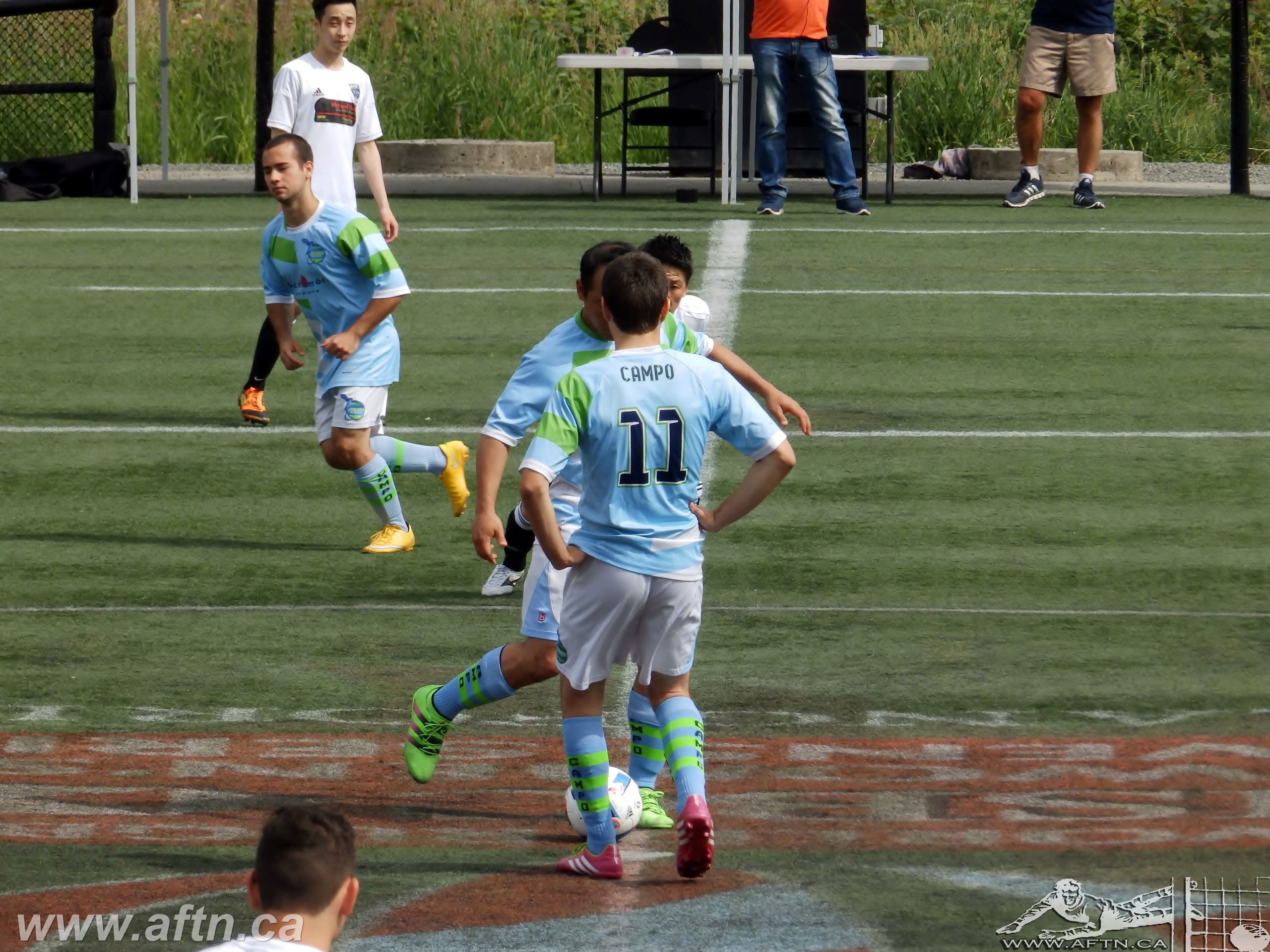 Santiago Sanchez nearly made it two in the 8th minute, but couldn’t poke the ball away after pouncing on a mistake by Birol. But he had better luck in the 20th minute when he collected a layoff from Edson Castro and floated a 25 yard effort over the head of the Fury keeper and into the net for 2-0 Atletico.

Rino’s had a couple of chances in the half, pulling their shots wide, and going in trailing at the half, it looked like it might already be a long way back for the Fury.

They pushed hard to get a goal back, but weren’t really troubling the Campo ‘keeper Zachary Der and as they continued to press forward they were caught on a quick three on three breakaway in the 73rd minute.

The ball came out to Mora Angel on the left and he got past his marker before firing the ball across goal for Carlos Davis Flores to place it past Birol and make it 3-0 Campo.

The Fury kept pressing for a way back in the game and Shawn Wilhelm nearly got it in the 78th minute, but his 20 yard free kick was kept out by a sprawling Der and turned around for a corner.

As the corner came in Cameron Gibson saw his downward header bounce up and off the bar and when the rebound was blocked and cleared, you felt it definitely wasn’t to be Rino’s day.

The Fury did grab a consolation goal with three minutes remaining when Wilhelm floated a ball to the back post, Benjamin Cougny headed it back across goal and Alessandro Pace headed it home.

But it was too little too late and although Rino’s fought hard till the end, Campo held on fairly easily to run out 3-1 winners and lift their second Keith Millar Cup, following on from their 2012 success when they went under the name of NVFC Campobasso.

You can see our video of Campo’s full time reaction, medal and trophy presentations, and lake celebration below:

You can see full coverage of the match HERE.