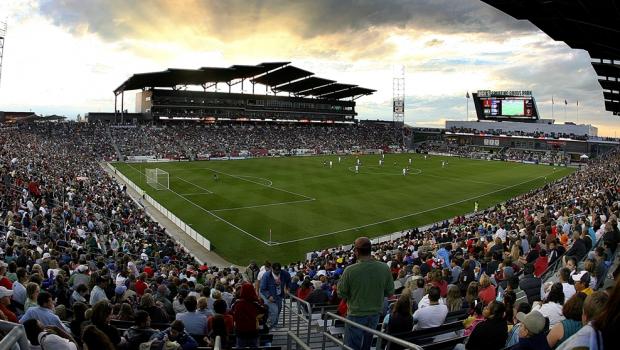 An 84th minute breakaway goal from Brek Shea gave Vancouver Whitecaps the 1-0 victory over a poor Colorado Rapids side, giving the ‘Caps their first back to back road wins since 2015.

Shea was a surprise inclusion in the gameday squad, having just returned to the training pitch this week after picking up an injury in the loss to Tigres just over a month ago. But if he was feeling the effects of missing the last five matches, he certainly wasn’t showing it.

Carl Robinson went with the same line-up for the third straight week, looking to build on two excellent team performances with it in Portland and Montreal.

There was very little to write home about in the first half. What it lacked in excitement it made up for… nope, we’ve got nothing. Both teams enjoyed possession without producing any attacking threat and it already felt like a draw was playing out. But we were wrong.

It was a much livelier start to the second half and Colorado came within inches of taking the lead in the 55th minute when Jordan Harvey, who was making his 250th MLS appearance, stuck his leg out on a Rapids cross and poked the ball goalwards, bouncing off the right post and along the goalline before David Ousted managed to get a hand on it and force it away.

A huge let off for Vancouver and rare goalmouth action on the night.

The ‘Caps were certainly getting forward, and Sheanon Williams was having a good game going up the right wing, but there was little of note in the final third and it was proving to be an easy night for Tim Howard upon his return from suspension.

Both teams made substitutions to try and freshen up their attack. The spark nearly worked for Vancouver when the ball came to an open Christian Bolanos in the box but he couldn’t bring his shot down and it flew over in the 74th minute.

It certainly looked like the game would grind away to scoreless end but Shea was to change all that with six minutes remaining. Substitute Nicolas Mezquida’s perfect pass set an all alone Shea free in the Colorado half and he easily outpaced the chasing Bobby Burling to get into the box and slot home through the legs of Howard.

The goal finally woke up the home side and Dillon Powers just missed with a low outswinger two minutes later, that just zipped passed the left post from 30 yards out.

Things were soon to get even worse for Colorado when Mekeil Williams picked up a second booking and a red card for a horrible two footed challenge on Mezquida in the 88th minute, that thankfully missed most of the Uruguayan.

It kind of summed up Colorado’s night. Five straight losses in a row has left the Rapids adrift and struggling at the foot of the Western Conference standings. Vancouver move up to fifth with the win.

All early days around a quarter of the way through the season, but grinding out gutsy road victories with a team not firing on all cylinders yet and still missing some key pieces bodes well for the months to come. If this was a make or break road trip for Robbo and his squad, then they may just very well have made it. Time will tell.

On back to back road wins and away form:

“It’s important. The league is very tight and we know that, so it’s important to get points on the board when you can. Three games ago, we played very well against Portland and got no points. You go through runs. We’re in a decent run at the moment. We’re playing well. Irrelevant of points, we’re playing very, very well.”

On only having one previous win in Colorado before tonight:

“People kept asking me about it today and it actually made me a bit sick of it, to be honest. But I had to smile and say, ‘Yeah, I think we’ll get there one day.’ Because I firmly believed we could.”

On what was behind this win:

“We’ve usually given away early goals here at Colorado. They’re a good team, and when they get on top, they’re able to manage the conditions and the pitch as well. We didn’t want that to happen, we didn’t let it happen and we took advantage.”

On what is behind ‘Caps good form on the road these past couple of weeks:

On how hard it is to be on the road for four straight games:

Thoughts on the loss:

“I wanted to go with the most experienced group we had in the first half and I thought we started the half really well. I think we ended it a bit sharp. I don’t think we created enough vertically, horizontally, or any which way. We got into good areas but we were a bit hesitant to cross the ball when we got into good areas. In the second half we created some good opportunities. Most of our chances came from distance. Gashi getting some good looks at goal, Powers getting some looks at goal and the one where we got in the box that hits the post and goes out. At this moment it’s tough for the group. You need a break. You need something to go your way so it opens it up. So that you feel more confident taking people on and playing more vertically. What I ask myself is, did they put in, did they give 100%? Did they put in a great shift? And the answer’s yes. Again, we need one goal to go our way in order for things to start happening. It’s chicken and the egg. It’s your energy and your football that creates that. Usually it’s a yes and again,. we’re putting ourselves in good spots, it’s just that being opportunistic is a confidence thing and at the moment, we lack that.”

On difference between his team from first half to second:

“A lot of times in the first half, we had the ball in good areas of the field and deeper central positions and they did a good job sitting behind and just kind of allowing us to come. But we wouldn’t come. We played sideways. When teams are pressing you, it’s easy to find a pass because they open us space when they run out of position. When teams sit in, you have to attract the defender to create space to play. In the second half, I think Mekeil and Powers did a fantastic job of engaging, attracting, dishing, breaking the line, getting forward, and I think that’s where it all stemmed from. That’s the difference in the two halves. That’s what gave us the momentum. As long as you’re playing it sideways, the defence isn’t moving. When you start breaking lines, they have to collapse. I think we did a very good job of that in the second half… We’re looking for that one moment of brilliance from somebody that’s brave enough inside the area and I thought tonight it was going to happen. There were moments in the second half where we had good waves of attack, but it just wasn’t, again it’s a tough moment but one that we just have to put our heads down, keep working harder, keep doing it. There’s no secret. The only thing that can derail you is to stop. That’s the only thing. You’ve just got to keep working. Keep going. Then when you keep going and you get that break, and you get that chance, and you get that result, it’ll validate all the work that we’ve done. But until then, heads down, rolls up your sleeves and go to work every day.”

Does it feel close to turning things around:

“I’d like to say yes. Again, a lot of it is said about the effort. I think when you see people quitting, that’s when you’re not even close. Gashi for me had his best performance tonight, which is a guy that wants to go out and prove that we’re still here, you know what I’m saying? The minute you don’t see those kind of reactions and that type of endeavour, I think we’re a mile away. The game of football is about moments and it’s about capitalising on those moments. And when you’re confident and you’re brave, those moments come more frequently and they come in areas of the field that can affect the game for the good. And when you’re not and you’re a bit hesitant and you’re waiting for that moment and you’re hesitating and you’re on the back foot and you don’t want to lose, and you don’t want to lose again, it becomes almost a self fulfilling cycle. You need to worry about one training session at a time. You need to worry about one game at a time and I think that’s how you get through these difficult moments, because it’s not going to happen any other way. We don’t want pity. We want to go out and earn our respect and it starts with training on Monday. There’s no secret to this. Like in any other profession, when things aren’t going well you’ve got to assess, you’ve got to evaluate, you’ve got to make some decisions, tough decisions, but you’ve got to put people in now and maybe freshen it up a bit. Give people opportunities that they haven’t had to bring different energies to the group and see how we go. I think the sessions will get more competitive, the weeks will get more competitive, and hopefully at the end of the day put us in a good position to get a result next week.”