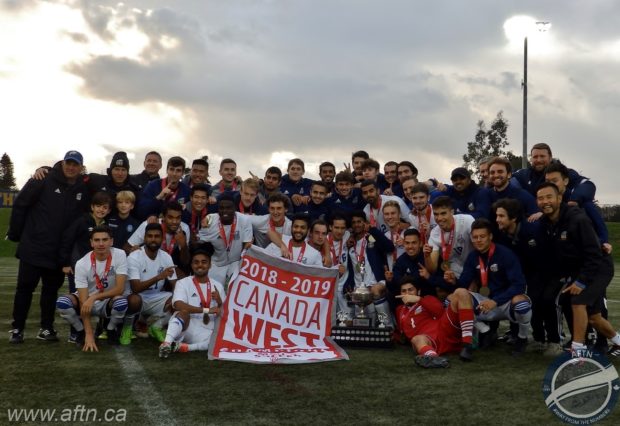 UBC Thunderbirds have had some special teams in the past. Many of them have won national titles.

This year’s squad is no exception and it is packed with depth at every position, leaving head coach Mike Mosher spoiled for choice and with some selection headaches ahead of this week’s U Sports Men’s Soccer Championship, which gets underway at Thunderbird Stadium today.

Just how do you fit all their key pieces in?

“It is a great problem to have,” Mosher told AFTN. “They’re playing for a national championship, so that’s the motivation right there. It’s a good group, they to battle and fight for each other. There’s no egos and that’s what you need in your team. You need quality and you need everybody fighting for each other, and I think we’ve got that.”

It’s hard to disagree. Quality oozes from this Thunderbirds team, with two, and sometimes three, players battling to be starters at every outfield position.

Offensively, the Thunderbirds have three in-form strikers in Caleb Clarke, Victory Shumbusho, and Kristian Yli-Hietanen, with 28 goals between them. Their midfield may have Canada West Player of the Year and Rookie of the Year Thomas Gardner making them tick, but he has a very well supported cast alongside of him, from the now veteran Zach Verhoven to rookies like Whitecaps Residency alumni Nick Fussell, while Karn Phagura does so much that often goes unnoticed in his defensive midfield role.

They’ve already hit 55 goals this season, and it’s hard not to see more coming at this week’s nationals, but if UBC are to lift their 14th U Sports Men’s Soccer Championship, it could be their defence that holds the key.

A mark of Mosher’s teams over the years has been their strong defensive record. That may seem surprising for a team that is so attacking, but as the old cliché goes, defences win championships, and UBC have had a lot of success with that approach over the years.

“In three playoff games this year we’ve scored 12 goals and given up zero goals against,” Mosher said of his side’s strong defensive presence in the Canada West playoffs. “I told these guys on day one that you got to keep it tight at the back. When it comes to this time of year, you’ve got to be tight at the back. I referenced the 2012 team. That’s what they did. They didn’t get scored on in playoff games.

“I thought our back four in the second half [against Trinity Western] was terrific. Kerman [Pannu] was all over the place making clearances, Connor [Guilherme] got his head on things, Riley [Pang] as well.” 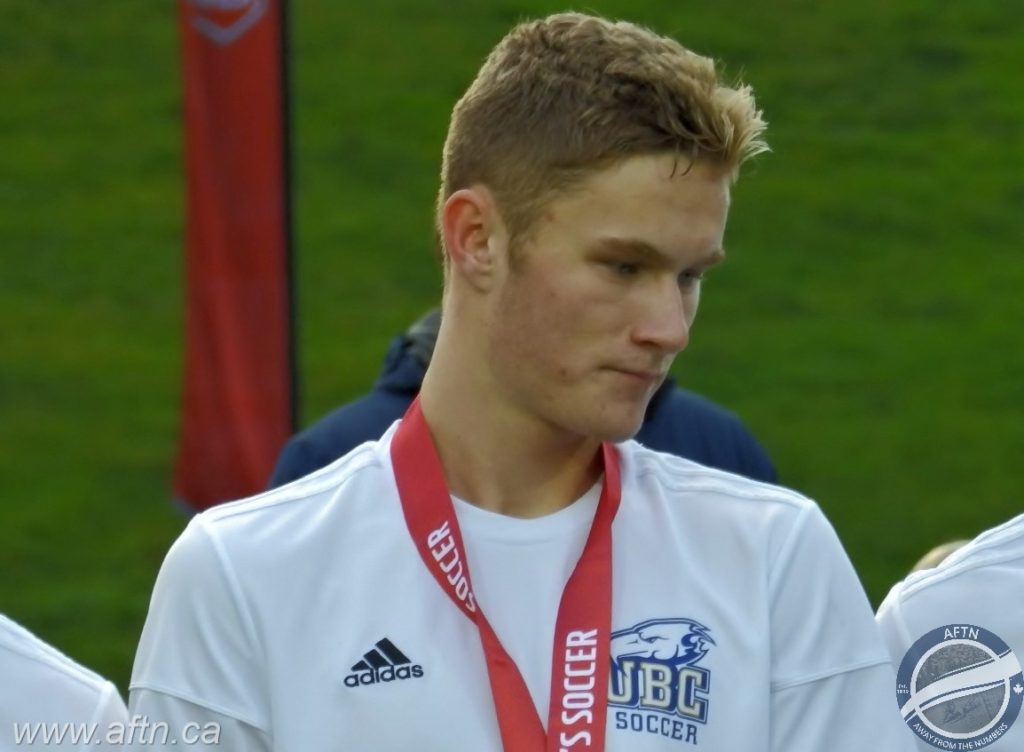 Guilherme and Pang have been rocks in the centre of the UBC defence, with Manraj Bains equally impressive back there when called upon. Rookie right back Daniel Kaiser (pictured above) has put in performances more mature than his years, earning him Canada West All-Rookies team honours in the process. And when he went down with an injury a few weeks back, 4th year defender Pannu came in and has been stellar. Sophomore Jora Saran has excelled at left back, with former Whitecap Mitch Piraux seeing time there as well.

All in all, it’s been a solid, cohesive, and very effective defensive unit.

UBC have only given up ten goals all season, with goalkeeper Jason Roberts keeping 11 shutouts, and no matter who UBC come up against in this year’s nationals, confidence is high that the end result will be a clean sheet.

“Yeah absolutely,” Roberts told AFTN. “These guys are keeping it super tight in front of me. I mean I’m getting one, two saves a game at most. There’s a super low number of shots, which makes my job easier. It gives me a lot of confidence in them, which in turn gives the whole team confidence. I haven’t had to do much and it just makes me so happy to succeed her, and hopefully three more wins and we’re going home.”

Roberts is in his fourth year with the Thunderbirds, and after three years playing the understudy to the newly graduated Chad Bush, now is his time to shine, and he’s been doing just that this season.

Of course not having a lot to do in matches can create it’s own problems in terms of focus and mentality, not that this seems to have been any issue for the UBC keeper.

“I’ve been here for a while now and I’ve seen lots of games,” Roberts told us. “I kind of know what it’s like. We train hard. Paul [Pedersen, UBC’s goalkeeping coach] does a great job. We’re always ready for anything that comes back to us. So it’s just doing what we do in training and trying to implement that in the game. Just staying calm and doing what we can.”

And if UBC needed any confidence boost heading into the nationals, it certainly came in those three Canada West playoff matches. Three clean sheets, three very impressive defensive outings, and a very potent attack produced the perfect storm, and the Thunderbirds must feel they’re hitting their stride now at the right time.

“Absolutely,” Roberts added. “We gave up no goals here in the Canada West tournament. We scored seven in the semi-final, two in the final, we’ve just looked super solid. So proud of the team and like I say, three more wins.” 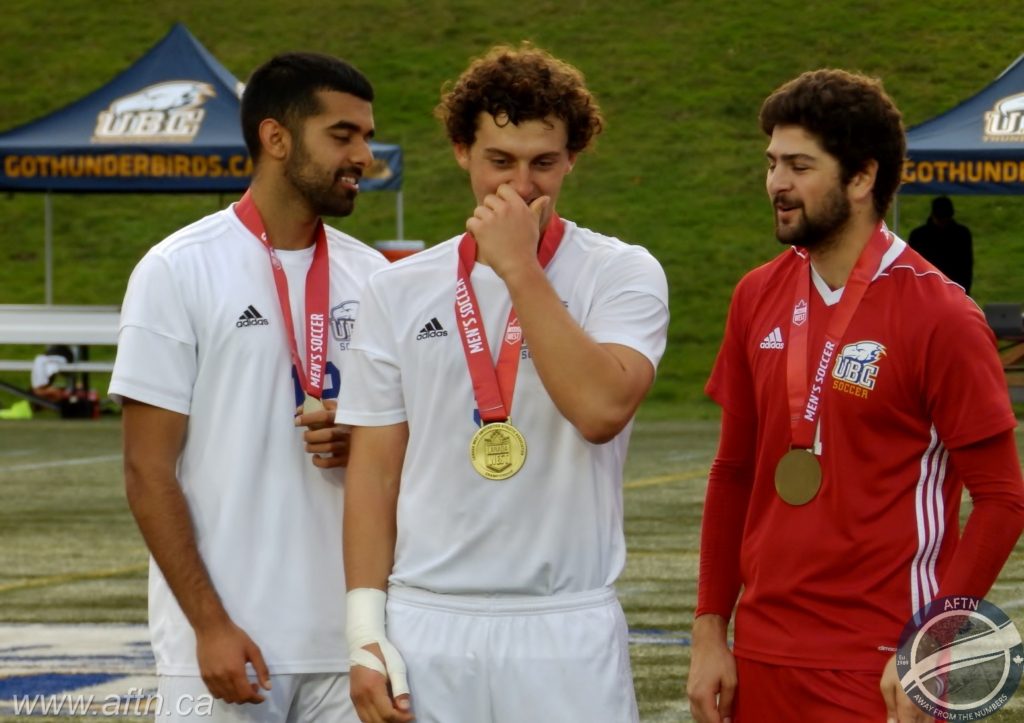