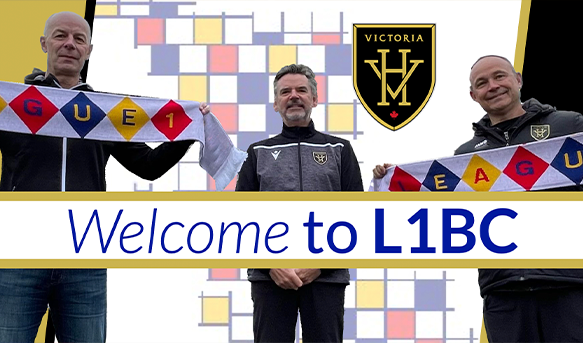 VANCOUVER, BC – The Victoria Highlanders are no strangers to summer soccer at Centennial Stadium. Still, just like every other team, they are a rookie club heading into the first year of League 1 BC.

As they approach a new league after years in U.S.-based USL League 2, the club from the capital sees themselves with some familiar faces yet a new outlook against more localized and familiar competition.

However, even though it is a new league, the roster is built through similar connections, drawing on the university level in North America and the Highlanders’ established residency program.

A look at the manager: Steve Simonson

The Head Coach of the University of Northern B.C. Timberwolves in the Canada West conference of U SPORTS, Steve Simonson returns to the Victoria Highlanders after leading their USL PDL side for two seasons. In the late 1990s, he coached several youth select teams in Victoria.

All that’s to say, he is very connected to the Island and the Victoria area.

With his connections in Victoria and the UNBC program, Simonson’s influence is evident on the roster. As a result, a large portion of the squad comes from those two highly-touted university soccer programs.

While he returns to the Highlanders this season, he does so in an unfamiliar position of leading the team through League 1 BC, just like every other manager on the seven clubs. 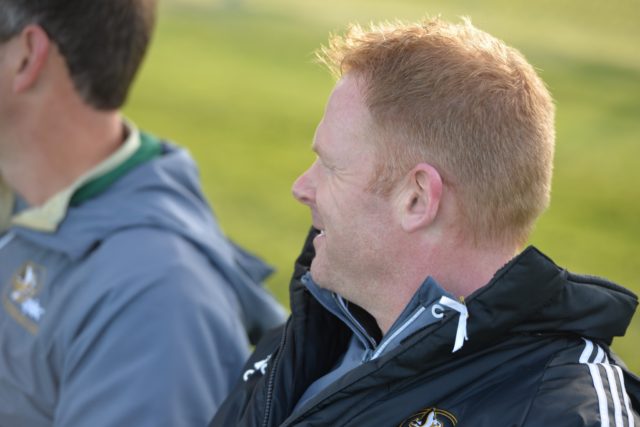 It won’t be an easy choice for Simonson in net. However, with three young keepers, there are advantages to each of them as the club strives for wins and the players look for development.

A familiar name to Highlanders supporters will be Trevor Schneider, who returns to the Highlanders after last playing with them in 2019. Since then, he has spent four years playing NCAA Division 1 with the UTRGV Vaqueros, where he was a teammate of Valour FC forward William Akio.

Having come up through the Whitecaps Academy system, Schneider has experience playing against many of the L1BC opposition while also bringing a level of established excellence to the position as he looks to launch the next stage of his career.

The battle for the second position will be between Highlanders’ residency product Marko Ilich, and the UNBC Timberwolves starting goalkeeper, Daniel Zadravec.

Ilich, who came through European youth academies before coming to Canada, played a year at UNBC before transferring to the SAIT Trojans, a step below U SPORTS in the Alberta collegiate ranks. He is familiar with the staff and in Victoria but comes into the season from the lowest level of the three.

As for Zadravec, the Highlanders can call upon one of the top rookie goaltenders from the 2021 U SPORTS Canada West season. While the Timberwolves did not make the run they were hoping for, finishing just short of the playoffs, Zadravec, a Victoria native, had an astounding run with a .726 save percentage in 12 starts. With the Highlanders, he also reunited with former Vancouver Island Wave teammate Arman Niijar. 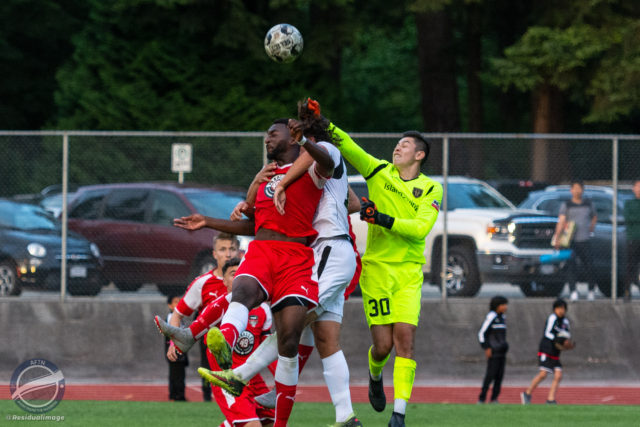 The Highlanders draw on an experienced group of defenders from U SPORTS talents to local phenoms for their men’s team. Kayden Miner returns to the team along with a significant reliance on university-level talent.

Pacific FC draft pick and former Vike Reese Goertzen joins the club and will likely play alongside fellow Vikes Aiden Taylor in a pairing that helped UVic to the U SPORTS National Championship tournament last fall.

Armann Nijaar is coming home for the summer to play, and he’s doing so with a season of U SPORTS experience under his belt. A centre-back and defensive midfielder with the Alberta Golden Bears, Niijar was integral to their success in Canada West as a rookie and will add a calming presence to a backline tested by fairly potent attacks across the league.

A trio of UNBC Timberwolves joins the Victoria side, with 6’3 defender Mitchell Linley heading to the Island alongside Loic Benquet and Gregor Smith.

With the pre-chemistry from the Vikes and Timberwolves, the Highlanders are bound to start with a more cohesive unit than many of the other clubs, a critical point in a short season. 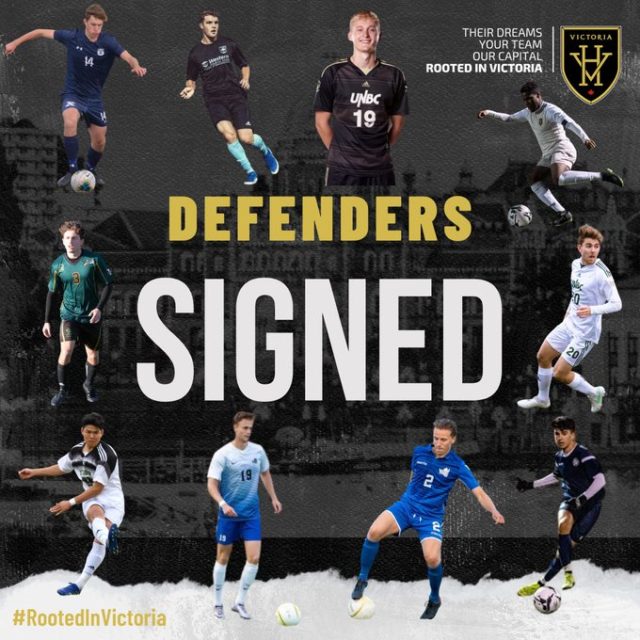 There are many midfield options for the Highlanders this season, and the group of personnel will allow them to adjust to their opponent each match. Once again, drawing on U SPORTS talent, Victoria brings in some of western Canada’s top players for the season.

Victoria Vike Javier Sagaste and UNBC’s Kensho Ando take the headline in the midfield, both likely to start for the club and be critical players in the league from kickoff.

Sagaste is from Vancouver Island and has a knack for creating and playmaking. Witn him creating chances for fellow Vikes striker Isaac Koch, there is an instant connection that could prove fruitful in the early stages of the season. However, Sagaste doesn’t just offer quality on the ball but can work well in a three or four-person midfield, spreading the play to the wings from central areas.

On the other hand, Ando brings a rugged, defensive look to the Highlanders’ midfield. A former Highlander, he returns to the Island and does so with invaluable university experience, where he played a critical role with UNBC. He reunited with Steve Simonson from UNBC as well and will be comfortable in the style of play.

While Ando and Sagasate fit into the plans with UNBC and UVic players, there are other quality midfielders coming into the club too, including UBC’s Mackenzie Cole, who has been an important part of the Point Grey side through several Canada West Championships. Returning to the Highlanders after finishing his five years with UBC, Cole will be important in 2022.

Outside of Ando, Sagaste and Cole, the Highlanders look towards Koby Greaves, Michael Heppele, Noah Ballinger and Jack Napier Ganley. 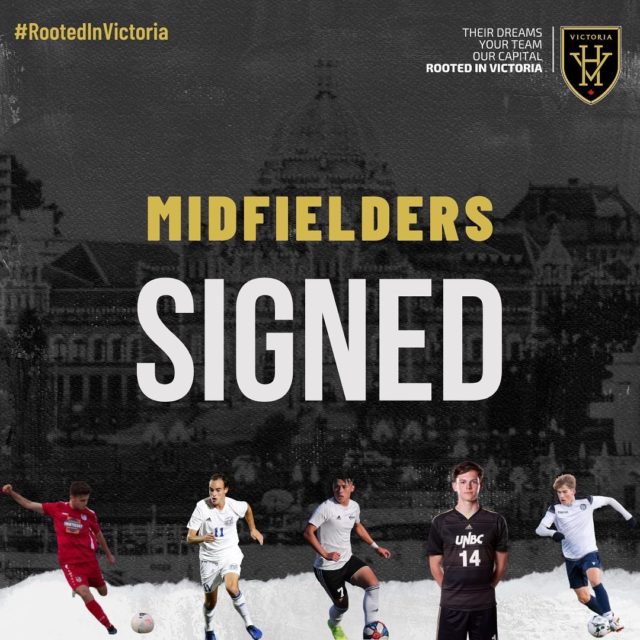 Henman and Koch lead the attack

Once again, turning to their connections with UVic and UNBC, the Highlanders will have two premier attackers from Canada West. Victoria’s Isaac Koch, who primarily plays as an attacking midfield in front of Sagaste, and UNBC veteran Michael Henman will lead the attack.

In November, Koch made his presence known at the U SPORTS National Championships against many CPL talents, capping off a stellar university career. He scored 20 times in 44 games with the Vikes, with many goals coming from quick runs behind defenders. Being on the older side will undoubtedly help him, as he mentors an overall young Victoria roster.

Henman returns to Vancouver Island after his third season with the Timberwolves and will bring a dynamic yet physical look to the Highalnders’ attack, but it is his story of resilience and hard work, particularly in mental health which is remarkable as he returns to the Highlanders.

Additionally, Victoria turn to Japanese winger Leo Nakabayashi who comes from the U SPORTS OUA division and the University of Toronto Varsity Blues. He is a versatile winger, who can also work in a central attacking role, and will be an unknown to many opponents coming from outside Canada West.

Outside of Koch, Henman and Nakabayashi, Victoria will have Anthony Preston, Nick Park, Leo Sanchez and Hussein Berry. 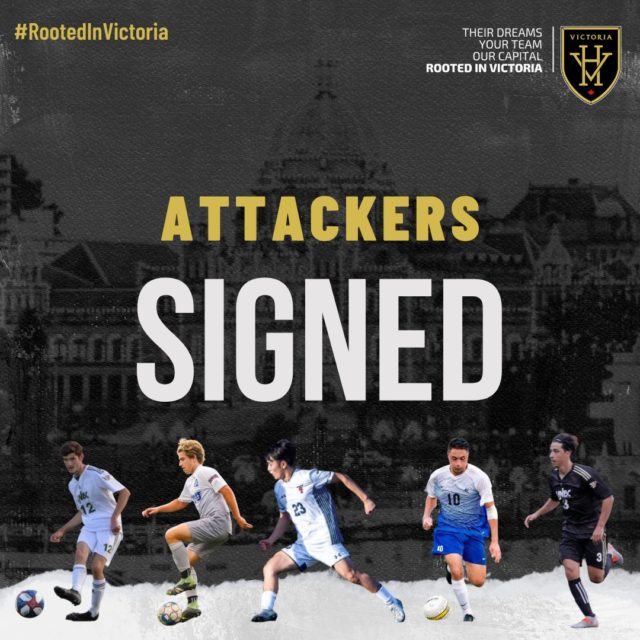 The Victoria Highlanders begin the inaugural 2021 League1 BC season against Vancouver Whitecaps at 3:00 p.m. at Ken Woods Field in Vancouver, a familiar venue for many of their U SPORTS players. After that, the Highlanders cross the street to play Varsity FC on June 4, before their home opener at Centennial Stadium on June 5 against the Whitecaps.