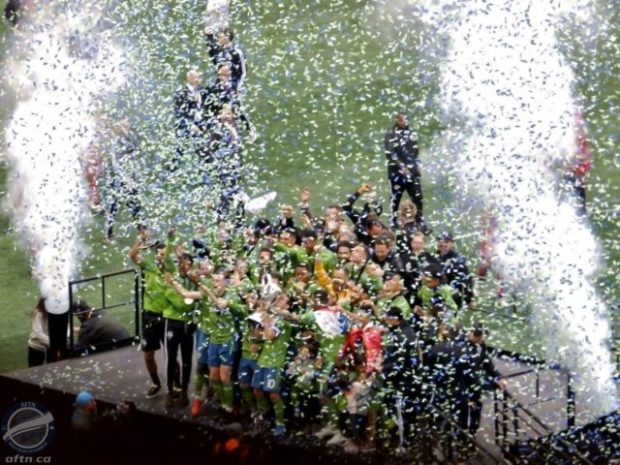 In my last article (https://aftn.ca/how-have-vancouver-whitecaps-fared-since-2011-in-mls-points/), I discussed a very simple bit of math to graphically display where the Whitecaps’ yearly point totals have compared to the rest of the league since 2011. I set that out to put some objectivity into what we all knew subjectively and instinctively.

In today’s article, I will set out some additional numbers to put the ‘Caps’ performance into context. This is where things get a bit more intriguing. What has interested me for some time is the notion of trying to objectively identify the factors that impact the relative success or lack of success of a given team. In future articles, I’ll return to some more of this territory.

However, there is one measure that I will focus on today which is near and dear to our hearts. For some time we ‘Caps fans have been asking the front office to open the wallets and splash some cash on new signings. Obviously, simply spending cash is also fraught with uncertainty.

What if we sign players that don’t measure up to their billing? Or don’t mesh with their peers? Or are toxic in the locker room? And so on. A season-ending or long term injury to a big money signing can derail all the best laid plans. These are all variables and there are a myriad of others which push the value of spending one way or the other.

In other words, we are going to take a look at the role of moneyball. How efficient are the ‘Caps and the rest of the MLS teams at spending money on players? Who gets a good bang for their buck?

Obviously the results we’ll look at below are not just driven by dollars spent, but it is interesting to see the correlation between league standings and salaries paid. We all intuitively know that calling for more money to be spent should give us better results (or we wouldn’t be calling for the ‘Caps to spend more).

In looking at MLS salaries there are a number of preliminary issues which confront us. Some sources report similar (but different) numbers which can be confusing. These differences come from simple adding errors but also from confusing senior, supplemental, and reserve rosters and confusing guaranteed versus base salaries.

I’ve made the assumption here that I just don’t care about the discrepancies among sources. I’ve used guaranteed salaries (which includes future options and signing bonuses) which means my numbers are, by definition, inaccurate as some of the money won’t be spent until a future year or won’t actually be spent at all. So what, they are approximations and that is close enough for our discussion!

My previous article dealt with a nine year timeline and I could have done the same here. However, I think the last three years of data show some interesting trends and I’m too lazy to run the numbers further.

The essence of the present analysis is a comparison of team salaries against points earned in the standings. This gives us a cost per point for each team in each of the last three years. In doing so I am completely ignoring other metrics of success like playoff wins and trophies won.

For what it is worth, the average point in the standings for all teams in 2017 cost $208,669. It 2018 it cost $246,648, and in 2019 that cost was $250,174. It’s on the rise. Using the average as a benchmark, you can then take a look at your favourite team and how it fared against these averages. Which teams were “efficient” in spending on salaries so as to maximize points earned? And on the other hand, which teams were wasteful spendthrifts?

What we, the fans, care about on a day to day basis is where our team sits in the standings. A really “efficient” team which spends a tiny amount of money and gets a minuscule number of points is not what we advocate for. What we should want is a healthy number of points in the standings and good value for the team’s money. This enhances the likelihood that our team will flourish over the long haul.

On the moneyball, or really efficient side of the ledger, let’s look at the New York Red Bulls. They have consistently achieved healthy heights in the standings and have been anything but drunken sailors when it comes to spending on salaries. In 2017 they spent $137,904 per point, in 2018 $108,300 per point, and in 2019 $172,955 per point.

Obviously, the Red Bulls have done a good job of achieving more with less. Imagine what they could have done with a Toronto sized budget for salaries. Or, would that have helped them much at all? Also, the ways in which this Red Bulls team achieves more with less should be of great interest to the Whitecaps front office. We are a team that is averse to big spending and there are lessons to be learned for those that pay attention.

One of the things that makes the MLS interesting is the parity in the league. We all know that on any given day any team has a healthy chance of winning (as compared to the non-salary capped leagues). But as you can see from the tables below, the advent of the Designated Player rules has allowed certain teams like TFC, Los Angeles Galaxy, and NYCFC to spend significantly more than teams like Houston Dynamo and New England Revolution.

As teams get better at being more efficient and the gap between rich and poor teams expand, we could be headed to a future with much less parity in the league. I suspect this will become much more pronounced when the gravy train of league expansion comes to an end. Then, teams will have to rely on income generated or the depth of their owners’ pockets to fund salaries and some teams will not have the wherewithal to compete. Instead, moving to greener pastures may be the only option for survival.

Below are the numbers for your viewing pleasure. As always, I invite your thoughts.