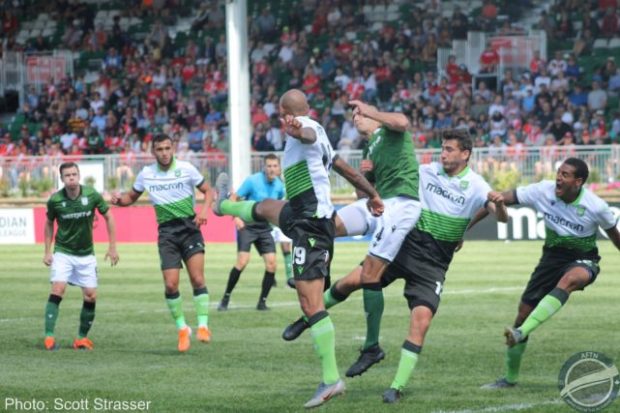 Cavalry FC maintained their perfect start to the Canadian Premier League’s 2019 fall season with a gritty 1-0 win over York9 FC on July 21 at Spruce Meadows.

An early own-goal from York’s Daniel Gogarty in the 10th minute was enough for Cavalry to eke out another 1-0 victory, after winning by the same score line on the road against HFX Wanderers the week prior. The Calgary team is now 3-0-0 in league play (11-2-0 overall), and second behind Forge in the CPL fall season standings, albeit with a game in hand and the same number of points.

“We like winning – we’re not embarrassed to say that,” said Cavalry head coach/general manager Tommy Wheeldon Jr. “We like chasing it and we like doing it in different ways. Today, we wanted to make sure we continued.”

Cavalry only conceded four goals in their first nine CPL matches in the spring season, but questions had been asked of the team’s defensive abilities in recent weeks after the Cavs conceded five goals in back-to-back matches against Pacific FC earlier this month. 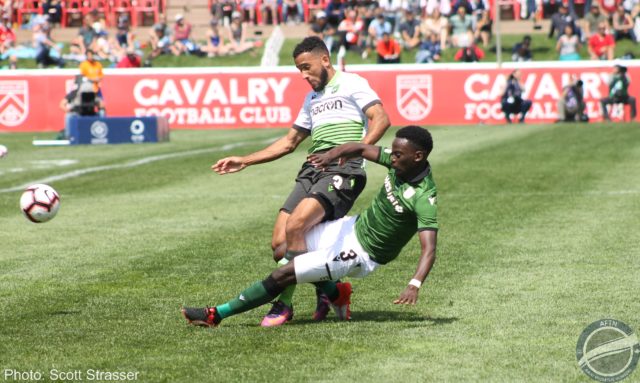 The Cavs’ defence has silenced those doubts however, as the team’s result against York was its third clean sheet in four games.

“We had a couple of games where we were conceding goals, and from that point on, we said, ‘All right, let’s get back to what we’re good at,” said Cavalry goalkeeper Marco Carducci. “We’ve shown we’re difficult to break down. It’s just a mentality. You look out and everyone is putting their mind to preventing goals. We really pride ourselves on that.”

The game’s only goal came early on, following a slick bit of play involving a string of passes between Jordan Brown, Julian Büscher, and Oliver Minatel. Brown found Büscher with a pass inside, and the German midfielder played a ball forward to Oliver Minatel, who back-heeled it back into the path of Brown. The Englishman took a touch into the box and let fire a shot. York goalkeeper Nathan Ingham saved the effort, but the rebound spilled, and defender Luca Gasparotto ricocheted his clearance off of Gogarty’s knee and into the net.

🔥 JUST 10 MINUTES IN AND THE FIRST GOAL IS FOR @CPLCavalryFC 👏

Despite going down early, York pressed to find a way back into the game, and the visitors were nearly rewarded on 31 minutes, when Kyle Porter slotted a shot past Carducci. However, the play was called offside.

“York are very good – I have a lot of admiration for the work Jimmy and his staff are doing,” Wheeldon Jr. said. “They play a good brand of football and have different elements to them. They can build the ball out or play directly, like we saw in the last 10 minutes.

“For us, it’s just brilliant to get another three points, get another clean sheet and move on with great confidence.”

Left-winger Josè Escalante came the closest to doubling Cavalry’s lead just before the hour mark. A cross to the back post from Malyk Hamilton was met by the Honduran, but his volley flashed just wide of the net.

The next gasp-worthy moment came deep into stoppage time, when Carducci had to come to his team’s rescue with a close-range save from striker Ryan Telfer. The late goal-line heroics capped off an impressive five-save performance from the Cavalry keeper, who leads the CPL with seven clean sheets.

“A clean sheet starts from the number nine all the way back to me,” said Carducci after the game. “I have to give credit to the team in front of me and the work we’re doing from minute one to minute 90.” 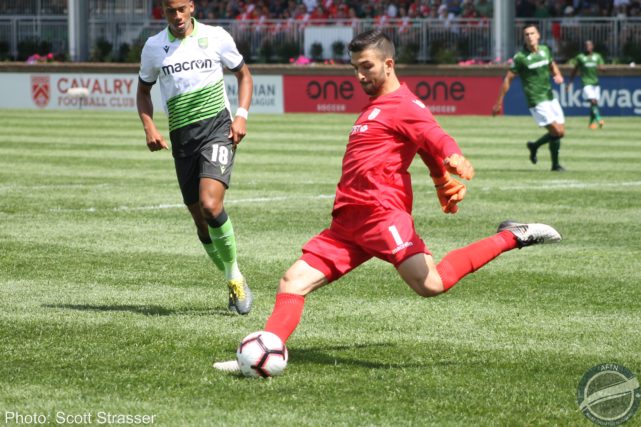 Marco Carducci, once again, came to Cavalry’s rescue with a key save – this time in the 94th minute, off a close-range effort from Ryan Telfer.

Cavalry won’t have much time to rest on their laurels – the team will be back in action July 24 for the second leg of the Canadian Championship tie against Vancouver Whitecaps, at B.C. Place. Having secured a 0-0 draw in the first leg, Cavalry will feel poised to make a game of it on the west coast, as a win or any score draw will be enough to progress them to the semi-finals.

Given the Whitecaps’ form in recent weeks – the Vancouverites are in what might be the worst slump of their nine-year history in the MLS and have lost five straight in the league – Wheeldon Jr. must be salivating at the thought of taking it to the ‘Caps. 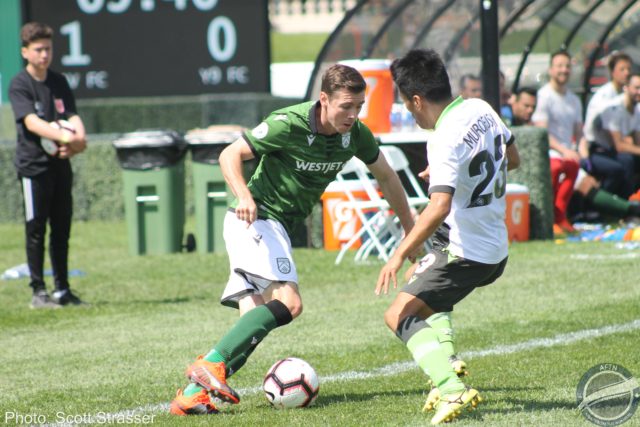