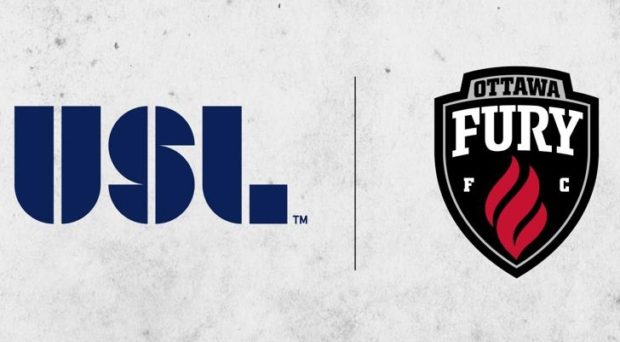 When Ottawa was announced as a NASL expansion team in June 2011, there wasn’t exactly a rush of investors looking to put their hands in their pockets and provide Canadian footballers a place to play and making a living as a pro.

John Pugh and his Ottawa Sports and Entertainment Group were, and the Fury became only Canada’s fifth professional football team when they took the pitch for their inaugural season in 2014, under the leadership of current Whitecaps head coach Marc Dos Santos.

Pugh’s investment in football in the city began as far back at 2000 when he bought a USL Women’s League place, providing that rarest of opportunities in Canada, a team for the country’s female players to get play professionally. That team won a 2012 USL W-League championship and reached three other national finals.

A USL PDL team followed in 2005 and the Fury reached three Conference Finals in their nine years of existence before the move up to the NASL, where Dos Santos guided them to a Championship game in their second year in the league. A move to the USL followed in 2017, and the club have spent the last two seasons in the second tier of the North American footballing pyramid.

Pugh’s investment in Canadian football and the Fury’s place as a leading landing spot, supporter, and key development opportunity for Canadian talent is unquestionable. Their reward for that it would appear is to be given a two finger salute and have their whole footballing future thrown into doubt after CONCACAF advised the club on Wednesday that they are seeking to prevent the Fury from participating in the 2019 USL season.

With 1500 season tickets sold for the 2019 season, the schedule set, and players set to head to the club for its preseason in around 40 days, the news came as a bolt out of the blue for everyone at the Fury.

“We received correspondence from the Canadian Soccer Association [Wednesday] morning telling us that they’d received a letter from CONCACAF whereby they were not going to be providing us with sanctioning for this season,” OSEG President and CEO Mark Goudie told reporters by telephone yesterday afternoon.

“Surprising. Quite surprising. We have players showing up in 40 days to start our training camp and we’re very excited by what’s in store for us in 2019 in the USL.”

The news is still fresh, and so is the shock, but Goudie has promised that the Fury will not be taking the decision lying down and are looking into all avenues to get the remit reversed. They’re confident they will succeed and have the backing of the Canada’s three MLS sides in their fight.

“This action by CONCACAF is unprecedented and simply wrong,” Goudie added in the Fury’s press release announcing the new. “Our lawyers have requested that CONCACAF immediately provide further details on the basis for this decision. We also understand that Canada Soccer will be seeking clarification as to the rationale for CONCACAF’s decision.

“In the event that CONCACAF does not immediately reconsider its position, Fury FC will take all steps – including legal proceedings – so as to ensure that it will be able to continue providing professional soccer to our loyal and new fans and supporters in a league of our choosing.”

It was also a decision that caught the USL off guard, adding a huge uncertainty to their 2019 schedule, which has already been drawn up and is currently being tweaked ahead of an expected release towards the end of next week.

“It’s wrong,” USL President Jake Edwards stated simply and plainly in an issued statement by the League. “Forcing a team to move from the league it is scheduled to play in – and wants to play in – three months before the season starts is unacceptable.

“Schedules have been set, players signed, season tickets sold. It’s not fair to anyone, including the 35 other teams in our league who are being negatively affected. Allowing this to happen would set a very poor precedent and we’ll do everything in our power to support the Ottawa Fury FC.”

If anyone is doubting the importance of the Fury to the Canadian footballing landscape, let me point you towards this stat – the club recorded the most minutes played by Canadian professional players of any club worldwide this year (24,610 of them).

New ‘Caps keeper Maxime Crepeau, and former Whitecaps centre back David Edgar, earned senior caps for Canada while with the Fury this year, with three further players seeing time with the U20 side. Crepeau went on to win USL Goalkeeper of the Year honours, set some league records, and earned himself a move to Vancouver, alongside goalkeeping coach Youssef Dahha.

The Fury also provided a place for Doneil Henry to go and get minutes under his belt, as he recovered from injury and got back to match fitness for the Whitecaps.

The Fury were also won the award for the USL’s Best Overall Team Operations, not something that interest the vast majority of fans I know, but is an indication of how well run the team are.

Ottawa were also Montreal’s USL affiliate this past season, after the Impact shut down their own USL side, which is the official home to MLS’ 2 teams. 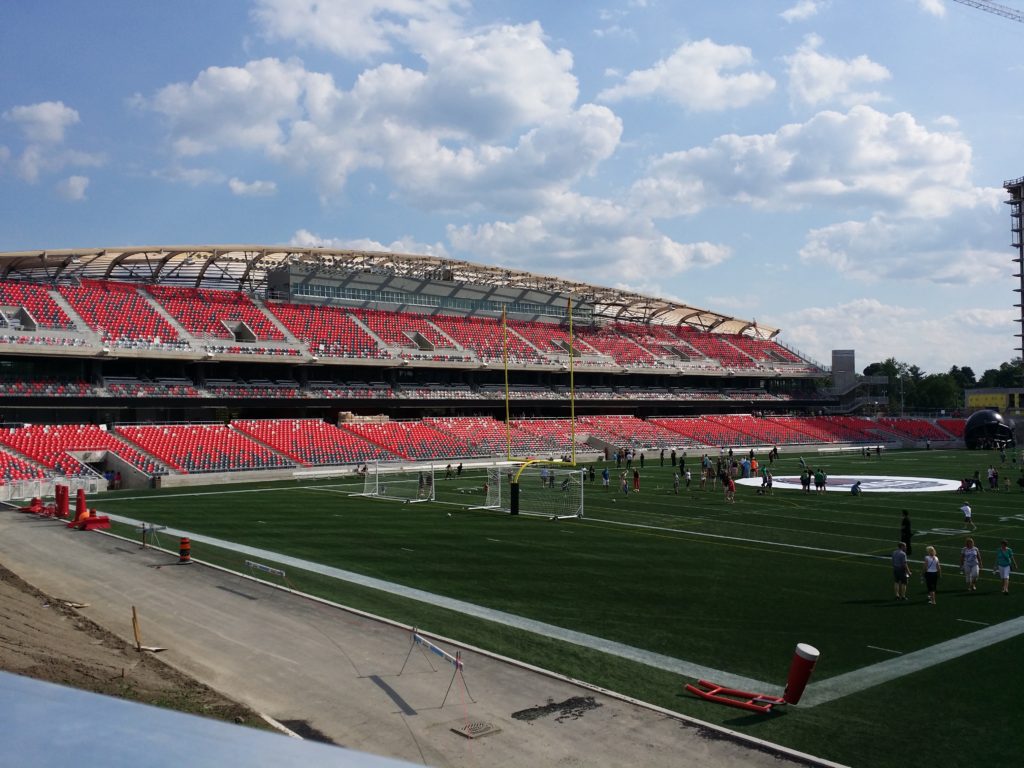 Where Ottawa appear to have fallen foul, however, is in apparently angering some of those involved in the Canadian Premier League by not agreeing to make the jump to the fledgling league for their inaugural 2019 campaign. A decision they said they would relook at come the end of next season.

“We haven’t spoken to them [the CPL] since July,” Goudie revealed. “It was back in July that we notified them that for at least the first season, we wouldn’t be joining the CPL. My relationship with them goes back probably two plus years. We had offered our support in helping them as they build the league up and started hiring staff.

“Obviously we have a vested interest with it being a professional league in our back yard. So we’ve had quite extensive dialogue with them over the past couple of years. But we informed them in July that we were going to be staying in the USL for the 2019 season.”

That they thought was that. An understandable decision taken by an existing club, happy with their current operations and league of choice and aware of the costings and budgetary requirements for the upcoming season, and their sanctioning for the upcoming 2019 was approved by the CSA, with no issues raised by the United States Soccer Federation.

It was a choice that seemed to bring a split in opinions from different sections of the Canadian soccer scene. Some, like ourselves here at AFTN, fully supported it for the reasons laid out above. Others felt they were letting Canadian soccer down by now moving to the new league, that badly needed a team in the nation’s capital and having an existing team like the Fury would help give it some gravitas.

But the reasons behind the Fury’s decision were simple.

“The USL is an awesome league,” Goudie stated. “They’ve done a wonderful job growing a world class second division league. I think it’s more for what the USL is than the CPL is right at this point. It hasn’t kicked a ball yet.”

We all want the CPL to succeed. So do the Fury. But right now it’s starting out and proudly billing itself as a coast to coast league. That in itself provides added expense to the Fury, as opposed to travelling to Eastern Conference USL sides. The competition is also going to be better in the USL initially, for all the CPL may want you to believe otherwise.

The rationale behind CONCACAF’s decision looks to be based on them classing the CPL as a like-for-like league to the USL, only in the Fury’s own country. The message that the CPL have been trying to put across is that they are the Tier 1 league in Canada, not the Tier 2 one, so that would put them above the USL and not an equivalent. Are they now admitting that they are not that?

CONCACAF’s decision would also set a worrying precedent. If they don’t want Canadian clubs playing in US leagues, where does that leave the MLS sides – especially if the CPL keep going with that Tier 1 league status? It would seem highly unlikely that Vancouver, Toronto, or Montreal would be forced to move, but never say never with an organization like CONCACAF.

More worryingly would be where this leaves Canada’s five PDL sides (or USL League Two as it’s now branded). Right now, TSS Rovers, Victoria Highlanders, Calgary Foothills, and WSA Winnipeg would appear to be safe, as there is no similar Canadian league in those areas.

Thunder Bay Chill have League 1 Ontario as a viable like-for-like alternative, so could be forced into that, although their travel could be used as a mitigating factor. KW United have already left the PDL and are currently in limbo.

If the CPL do get their second division or pyramid structure in place, and/or a BC Tier Three League finally gets off the drawing board, then the likelihood of these teams being forced in Canadian leagues is huge. Forget the expansion fees paid apparently. Who’d invest in a football club with the danger of that looming over you?

CONCACAF’s decision will no doubt be heavily debated on here, on social media, and elsewhere. I’m pretty sure a lot of that debate will get quite heated. Supporting Ottawa is not being anti-CPL. It’s not anti Canadian football. It’s about supporting an owner and club that have put a lot into the domestic game when others wouldn’t.

Railroading a team into a league they don’t want to play in, for now at least, is not the way to grow a sustainable league and garner goodwill from a club that have invested heavily in the Canadian game for the past 15 years or from those that want to support a Canadian league.

The decision is wrong. The timing is horrendous. And hopefully common sense, or failing that the lawyers, will see the correct outcome for the Fury.

** We’ll have more on this story on Sunday’s AFTN Soccer Show on CiTR radio and in Monday’s podcast. **