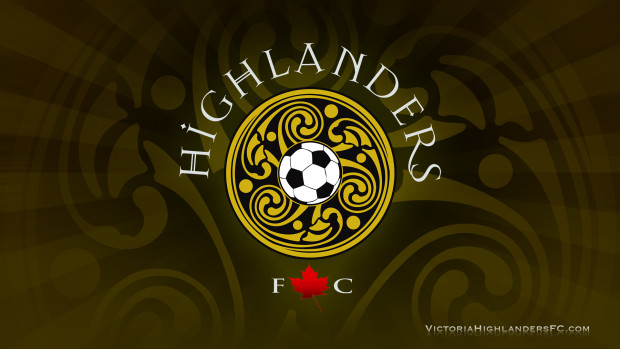 [After a fantastic 2013 PDL campaign we asked Victoria Highlanders fan, and previous AFTN contributor, Drew Shaw to review the Highlanders’ most successful season in their short history]

The 2013 Premier Development League (PDL) season came to a close on the 4th of August, with the continental championship decided when hosts Austin Aztex came away with a 3-1 win over the 2008 PDL champion Thunder Bay Chill.

It was a great PDL season for Canadian teams and the Chill were one of two Canadian clubs that contested the Final Four this year in Austin, Texas. The other was the Northwest Division champion Victoria Highlanders FC.

The PDL is largely an under-23 competition, with some overage players allowed, and through five seasons Highlanders, like most PDL teams, have fielded a team based upon university athletes. The largest numbers, not surprisingly, have come from the University of Victoria Vikes, a perennial powerhouse in the ranks of Canadian university soccer. Throughout the existence of Victoria Highlanders FC UVic has been a strong team, winning the CIS championship which it hosted in 2011.

Of the 2013 Highlanders squad, goalkeeper Elliot Mitrou, striker Craig Gorman, left fullback Andrew Ravenhill, and midfielder Gareth Langdon are all also Vikes. Mitrou has been the first choice keeper for the club for several seasons. He is an all-rounder, with good shot-stopping and good ball distribution skills. Gorman saw his appearances and goals dip from the highs of 2012, but he remains a dangerous threat and a valuable substitute. Andrew Ravenhill established himself this season as the club’s first choice at left back, and he figured in twelve games (his brother Adam, also a Vike, got into two). Both are sons of former Victoria Vista David Ravenhill. Langdon had thirteen appearances as a first-choice starter in the competitive Highlanders midfield.

But it’s not just Vikes in the team, other Canadian universities have also been scouted: defender Ryan Ashlee from Saint Francis Xavier of Antigonish, Nova Scotia played every minute of 14 games in the centre of the Highlanders’ defence, and Kalem Scott from Trinity Western of Langley, British Columbia has been the club’s first choice right back for two seasons.

The most important university recruit of 2013 came from the University of Saskatchewan. Winger Brett Levis was not only the Highlanders joint leading scorer (with 9) and Player of the Year (as selected by the fans), he was also a PDL Western Conference All Star.

Levis was a revelation this season, playing the wing the way it is supposed to be played. Levis is not the fastest nor is he the trickiest: what he is instead is effective. Many wingers flatter to deceive with great speed, or great moves, or both, and all they end up doing is dribbling aimlessly into the corner, making poor crosses to nobody, or doing tricks with the ball until they are dispossessed. Levis commits none of these Three Cardinal Sins of the Bad Winger. When he beats an opponent, he either creates a break down the wing, looks to exploit opposition weakness with a through ball to a striker, brings the centre midfielders into the play, makes an effective cross, or takes a dangerous shot himself. Nine regular season goals are testament to his accuracy as a shooter, but they don’t tell the whole story: he is as good a playmaker on the flank as many midfielders are from the centre of the park. Brett Levis is good enough to be playing professionally for FC Edmonton or the Ottawa Fury next year, rather than in the PDL.

Recruiting does not end at the universities. Gavin Barrett was recruited from the Vancouver Whitecaps Residency program, and played 11 games in the midfield. 31 year-old Scottish professional Blair Sturrock was enticed from Southend United of England. Ex-Canadian youth international Riley O’Neil was brought home from a professional career in Finland. O’Neil became Victoria’s midfield maestro, pulling the strings on everything that happened there and successfully linking Highlanders formidable defence with the attacking players. O’Neil’s impact may have been second to that of Levis, but his effect on the overall team was even more important.

Last of all, Victoria Highlanders continue to rely upon a pair of brothers and club legends. 33 year-old Tyler Hughes is the captain, and together with Ryan Ashlee played every minute of every league game. Hughes’ leadership, stellar positioning, free-kick prowess, and uncompromising tackling were recognised with his selection to the PDL Western Conference All Star Team. Hughes is the player around whom Cowichan FC of Duncan have grown from a small-town also-ran into one of the top teams in the Vancouver Island Soccer League. Younger brother Jordie Hughes once again lead Highlanders in goals, tying Levis with nine. He continues to be the danger man upon whom the club relies, and around whom the offence is built.

In mid 2012, Highlanders were crumbling on-field in a very competitive division, after a promising 2011 in which they reached the PDL post season for the first time. Head Coach Ian Bridge, a Canadian international and a veteran of the old CSL and NASL, was fired mid-season as coach, and Steve Simonson was promoted from within the club to replace him. It was a bold move for a PDL team to make midseason, and it was hotly debated among Highlanders’ supporters.

Bridge coached a high-percentage game: statistically, most goals are created shortly after turnovers, when the opposition is (hopefully) outnumbered and disoriented, therefore Bridge instructed his players to play what most fans would describe as “long ball” tactics. As soon as possession was won, they lumped the ball forward quickly in an effort to create a shooting opportunity. There was little or no emphasis on possession, and little or no play through the midfield. It was frantic play, and it was not appealing to watch. More importantly, it was not resulting in goals and wins.

Simonson changed the entire style of Highlanders’ play immediately. The team still didn’t qualify for the post season, but they were playing better, and they were playing far more attractive football. There was a greater emphasis on possession, and the difference was noticeable from the stands. Even if the team lost, they were starting to entertain, and they were starting to compete. What they needed was a few more quality players, to turn Simonson’s “possession with a purpose” into results.

First of all, they retained the services of veterans Mitrou in goal, Tyler Hughes and Ashlee at the centre of defence, Scott and Ravenhill out wide. The defence was solid and familiar with each other. They retained the services of Jordie Hughes up front, to build the attack around, and complemented this poacher with a quality wide man in Levis. Then the club went in search of the last missing piece: a midfield general around whom they could build a possession game. They found him in O’Neil.

The Highlanders 2013 season was the most enjoyable and successful of the five so far. Front-end loaded with home dates to avoid summer facility conflicts at Royal Athletic Park with a baseball co-tenant, the Highlanders not only started with wins, but with dominant displays. 2011 PDL champions Kitsap Pumas were soundly beaten 3-1 on opening day, and Whitecaps U-23 were beaten 3-2 in Vancouver. Seattle Sounders U-23 were completely outclassed 4-1 in the most dominant Highlanders performance of the season. Portland Timbers U-23 were beaten 2-0 in Oregon, and Highlanders went unbeaten on the road – their only two losses coming at home.

As the home dates gave way to road games, the results continued, and first place in the division was confirmed before the last fixtures. Highlanders were joined by Portland Timbers U23 in Ventura, California to face the top two teams from California’s Southwest Division. They had to come from behind twice to overcome the hosts 3-2 in extra time, and in the final beat the young Timbers 1-0. Both winning goals were scored by Brett Levis. Neither game was streamed, but the final games from Texas were, and in the continental semi-final Highlanders traded punches with the experienced Thunder Bay Chill but were defeated 0-2.

Highlanders FC began their existence before over 2,000 fans under coach Colin Miller at Bear Mountain Stadium, in suburban Colwood. It’s a fantastic little artificial turf facility, currently used by Victoria’s BCJFL Rebels and extensively by Canada’s national rugby teams. While the stadium is perfect for PDL soccer, it’s location within the Victoria metro area is not, and after a few seasons of declining attendances in Colwood the club moved its games to the traditional home of Victoria soccer, Royal Athletic Park. While the old structure isn’t as intimate or as aesthetically pleasing as Bear Mountain Stadium, you can’t beat it for location, free parking, and ambience on a summer day. The down side of RAP is that, as a municipal facility with a baseball and soccer configuration, there is competition from baseball for the use of the facility. With the appointment as manager this year of Mark de Frias, the marketing of the team increased both in amount and in quality, and in 2013 there were two home crowds that exceeded the 2,000 mark.

What does the Future Hold?

Victoria Highlanders, in its first few years of existence, was running at a deficit. This could not be continued indefinitely, and the owner had to make several decisions to help generate more revenue and cut costs. Lowering the costs of the women’s team to a more realistic and sustainable level (from W-League to PCSL) helped. The youth academy has grown in numbers and in teams, increasing revenue. In 2012 ownership divested partial ownership of the club to season ticket holders and local community soccer clubs. The club continues to make moves to guarantee its long-term financial stability, while increasing the quality of the PDL team, the women’s team, and the youth academy.

Professional soccer is seeing massive growth and success across North America at all levels, and for fans in Victoria the big question remains: will Victoria be part of it again? 2,000 fans in Victoria have shown they will come out to support PDL soccer. Would the same number support a professional team, over a longer season and at greater cost, whether in NASL, USL Pro, or some future professional league? Would even more fans come out for a higher calibre of competition?