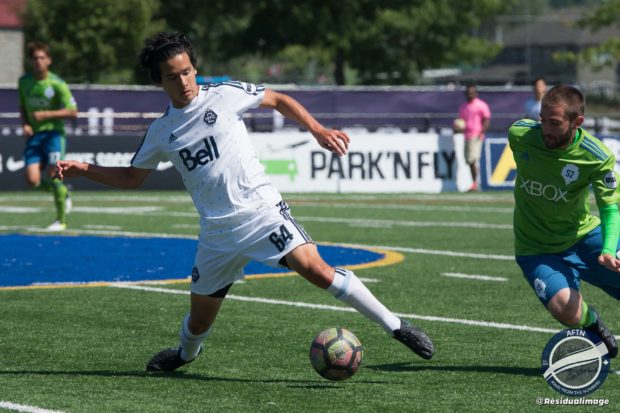 Thomas Gardner and the UBC Thunderbirds already seem like a perfect match. The former Whitecaps midfielder has already been a shining light for an unbeaten Thunderbirds team, as they look to bring their 14th U Sports national championship back to Vancouver, and their first since 2013.

Gardner has played in all four of UBC’s Canada West matches to kick off the new season, scoring two goals, both nice free kicks, and adding one assist. He’s been a buzzsaw out on the pitch, given a free role from Thunderbirds head coach Mike Mosher to go out there and make things happen.

So far he’s done just that and he’s been doing it with a huge smile on his face, both on and off the pitch. College life is clearly agreeing with him.

“Honestly, I’m just enjoying it right now,” Gardner enthused to AFTN when we caught up with him after the Thunderbirds win over UBC Okanagan on Saturday night. “That’s pretty much the biggest thing. I’m just really enjoying soccer. I can’t say more than that.”

There’s a number of familiar faces amongst the 15 new additions Mosher has brought into his Thunderbirds squad for this season, and Gardner is one of them.

The 20-year-old brings a wealth of both club and international experience with him to UBC, having been part of the Vancouver Whitecaps Residency since he was a 9-year-old back in 2007 and involved in the Canadian national team set up at youth level.

His time with the Whitecaps saw him move from their Prospects program into their full Residency before signing a USL deal with WFC2 in August 2015. When the ‘Caps wound up their USL side at the end of last season, Gardner was one of a number of players offered the chance to join the club’s new affiliate down in Fresno.

Like many others, Gardner felt that move wasn’t the right fit for him at this stage of his career and took a little bit of a time out to decide what his next move should be. After spending the summer playing PDL with TSS Rovers, the North Vancouver native decided to head to college, and reuniting with some familiar faces there has helped make that move a smooth one.

“Well I know almost all of the guys from before,” Gardner told us. “From previous Whitecaps teams or just growing up playing against them or with them. It’s been a really easy transition for me. I trained in the spring with them about twice a week, so that got to help as well. So I got to know all of the guys I didn’t know before and most of them are still here.” 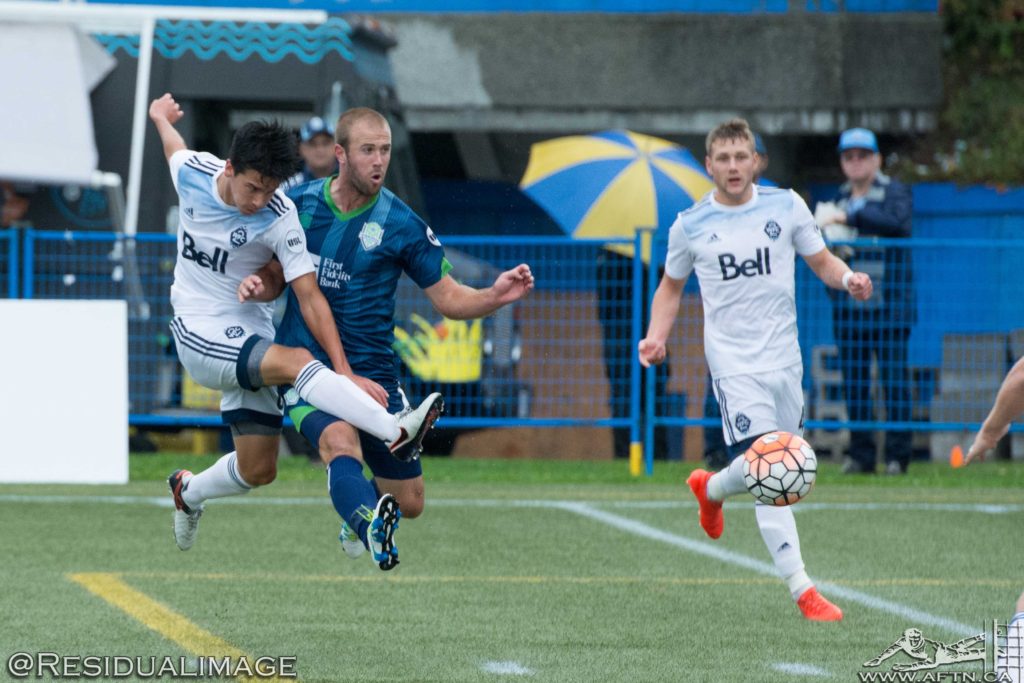 Amongst those new teammates are a couple of players he knows well from the Whitecaps, Caleb Clarke and Mitch Piraux.

The chemistry between Clarke and Gardner has been very clear to see in these early outings, linking up impressively with returning Thunderbird Sean Einarsson to create one of the most potent and creative attacks in Canada West. The trio have five goals and four assists between them in UBC’s first four matches, with a lot more likely before the season ends.

“That’s just kind of happened over the past four games, I guess,” Gardner said. “I don’t know, it’s just there. Sean’s a good link up player. He stays around the striker all the time. With Caleb, it feels that I already know what he’s going to do before he does it, so it’s easy.”

Mosher has been delighted by Gardner’s immediate impact on the side, although not surprised. That’s the whole reason the 23-year veteran jumped at the chance to add such an experienced player to his young squad.

“The two goals [Tommy scored] this past weekend off set pieces, plus his delivery, that’s what we’re expecting,” Mosher said after Saturday night’s win over UBCO. “That’s what we’re getting from a player of his pedigree coming in. We’ll see more and more as he gets a bit more comfortable with the players around him.”

Gardner is coming into the college season fit, flying, and ready to go after a strong inaugural PDL season with TSS Rovers. The midfielder was a key component in TSS’ best season so far, adding a goal and an assist in his six appearances before injury sidelined him.

A shorter season than he had hoped but one he enjoyed.

“PDL was a good experience for me,” Gardner feels. “Everyone was saying oh it’s going to be tougher than you think, and I thought the level was really good, but I just play the same way every time. I just go in and just play. But PDL was a really good experience.

“I got to see a lot of the other Whitecaps boys too, like the Polisis, and the SFU guys. They’re doing really well right now too, so that was really fun. I’m just enjoying everything right now.” 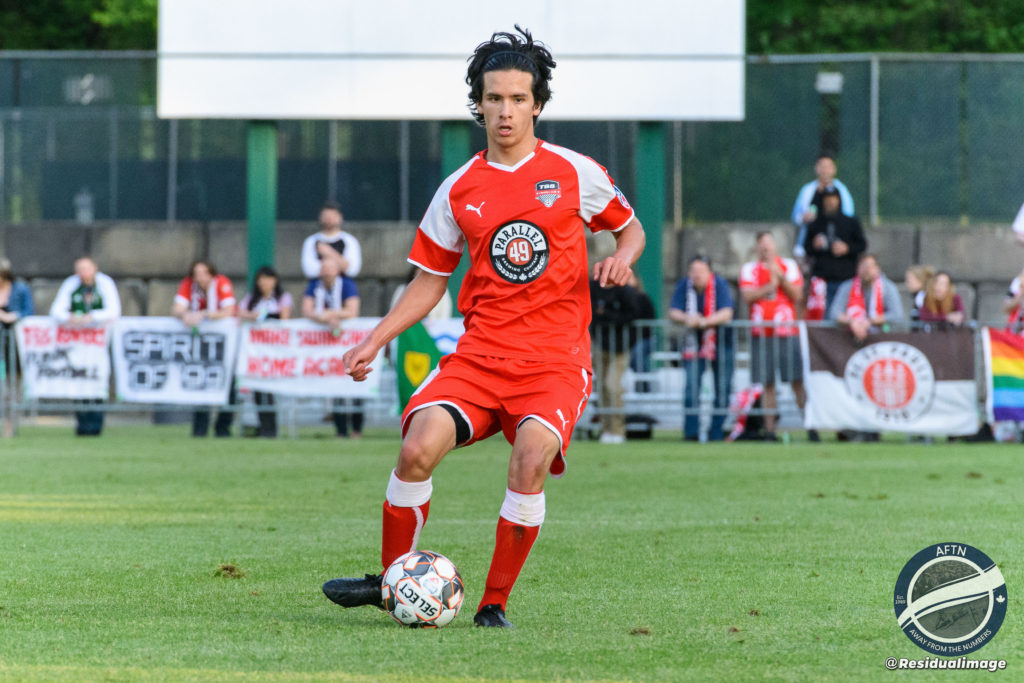 Gardner is used to being in the spotlight and he’ll be in it again come November when UBC host their first nationals since 2007. That wasn’t a deciding factor in his decision to join the Thunderbirds, but it’s an experience he’s certainly looking forward to.

Heading to college has also meant getting back into the swing of juggling football and studying once again, not that Gardner is that far removed from it.

“I’m trying to get into computer science, but I’m in arts right now,” Gardner explained. “So I’m taking a bunch of science courses and the pre-requisites to get into that. I’m actually on campus, so I don’t have to go anywhere. That makes the juggling easier. I did five courses at Capilano College before this, so it’s alright. The biggest difference is a lot more people, that’s about it.”

As for what lies ahead for Gardner’s footballing future, that’s still undecided. He’s still young and he’s still got time to finish his degree and then head back to the pros if that’s the path he so chooses.

Like all Canadian college players this year, the Canadian Premier League is also something on the horizon, and every player is in the shop window this season. “We’ll see” is all that Gardner will say on that. 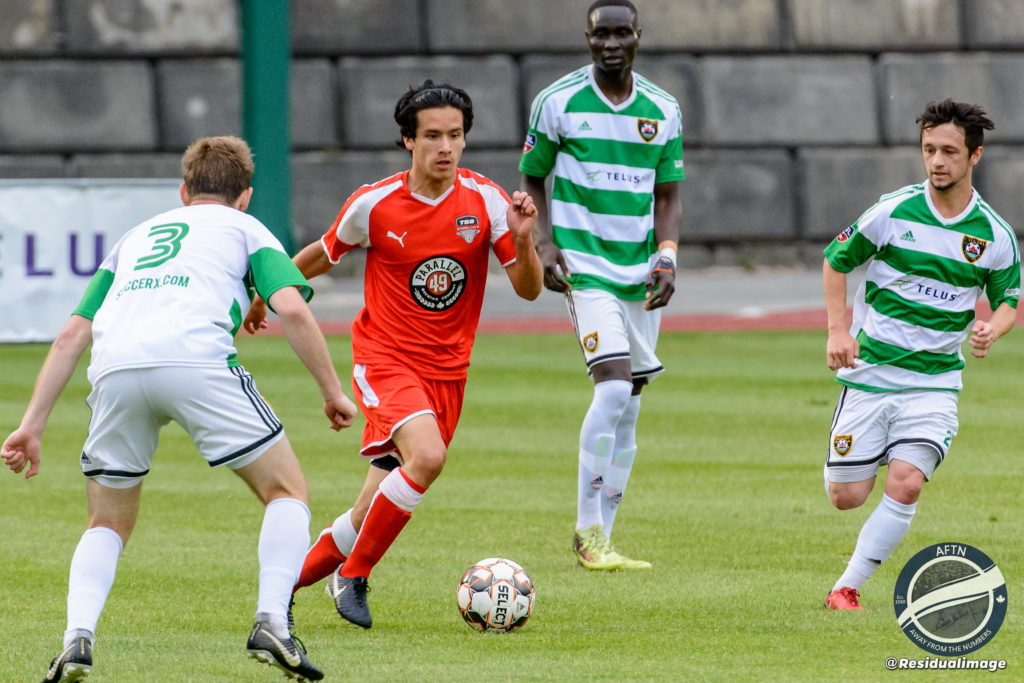