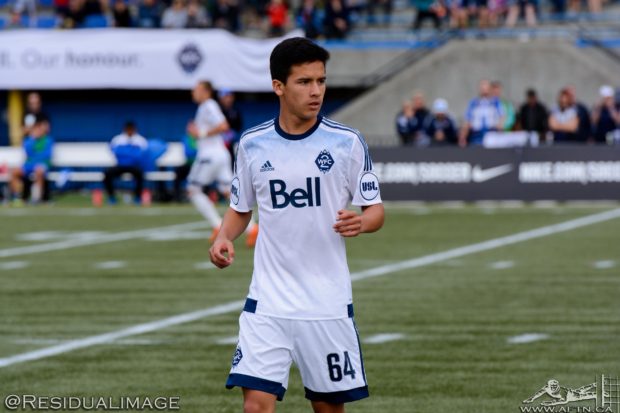 Thomas Gardner has been with the Whitecaps organization since he was 9-years-old as a member of the 2007 Whitecaps FC Prospects program. Over that time he has been able to play for the U16 Residency team, where he scored 7 goals in 28 appearances in his first season with them. His strong play propelled him to be named the captain in his second season with the U16 team.

Based off his play with the U16s, and the appearances he made with the U18s the same season, he was rewarded with a contract with the USL Whitecaps FC 2 team, signing his first pro deal on August 26th last year. He made his professional soccer debut 11 days later in the September 6th game against Sacramento Republic FC.

With hopes of getting chances this season in the Canadian Championship roster, and the opportunity to show he deserves a shot at a MLS contract, the future is bright for young Gardner.

With four USL appearances, and 151 minutes under his belt, already this season, and with a MLS deal hopefully in his future, we had plenty to chat about with Thomas Gardner for AFTN’s latest “Ten Count”.

AFTN: What did it mean to you to sign your first professional deal with the ‘Caps USL team last August?

TG: Signing my WFC2 contract last year was a huge step in my life. It meant that I was really going to try and make a career out of soccer, something I couldn’t say when the college option was still open.

You joined the Whitecaps Residency program in September 2011, describe your journey from that first day to now being signed to a pro contract?

When I joined the Residency program in 2011 it was a new, exciting program that made it feel like there was a realistic pathway to becoming a professional soccer player. I didn’t really know where I saw myself in the next few years and just enjoyed myself more than anything with the residency. The five years I’ve spent there have been an incredible experience and prepared me to play professional soccer.

From 2007 to 2011 yourself and a lot of current Residency players were a part of Whitecaps FC’s prospects program. How did this program prepare you for the journey you have been on since you were 8-years old?

The prospects program was a huge step up in the level of play I was used to. You had the best players from all over Vancouver coming in to train and play in tournaments. The mindset of the team was the biggest difference. These were the kids who took soccer a step further than the rest.

In 2014 you were called up to Canada’s U16 men’s national team. What did wearing the red and white mean to you?

Representing my country was a huge honour and it’s something I look forward to doing many more times.

You have started 15 out of the 17 U18 games you have played this season and responded with four goals. Is adding the offensive aspect of your game something you have been working on while you make the jump to the USL side?

Yes. I think I have a lot more to give in the offensive third and am trying to improve that part of my game. 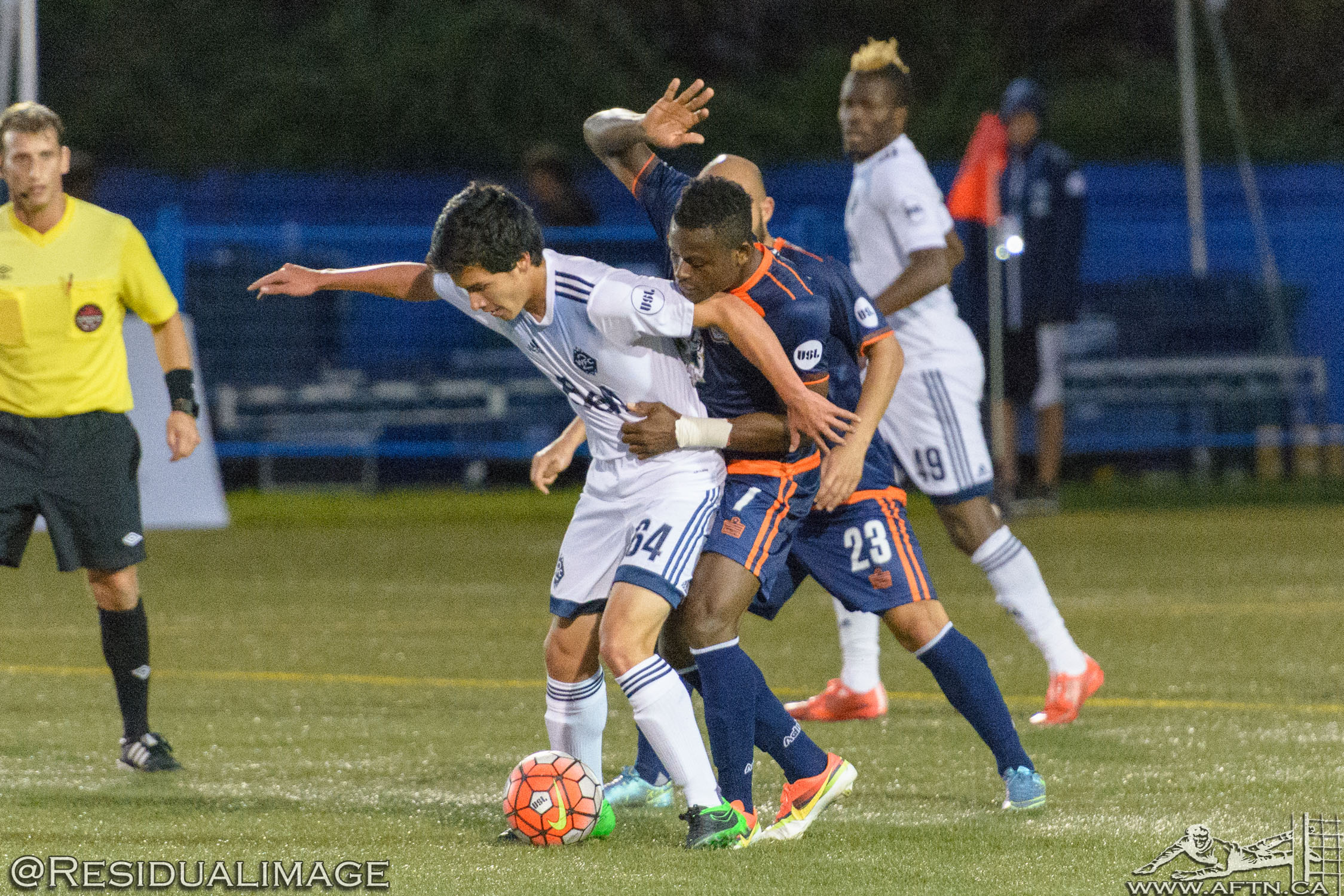 What advice have Alan Koch and Carl Robinson given you to improve your game?

To take every opportunity you get and keep developing as a player and person. Don’t be afraid to express yourself and know that you’re on this team for a reason.

Who is the most talented player you have played against?

The most talented player I have played against (in training) is Nicolas Mezquida. His ability on the ball always makes it frustrating to mark him.

And who is the most skilled teammate you have had?

What are your personal and your soccer goals this season?

To start as many games as possible with WFC2 and become more of an offensive presence.

In 5 years I hopefully will be playing with the Whitecaps first team and if not, playing soccer professionally somewhere else in the world. 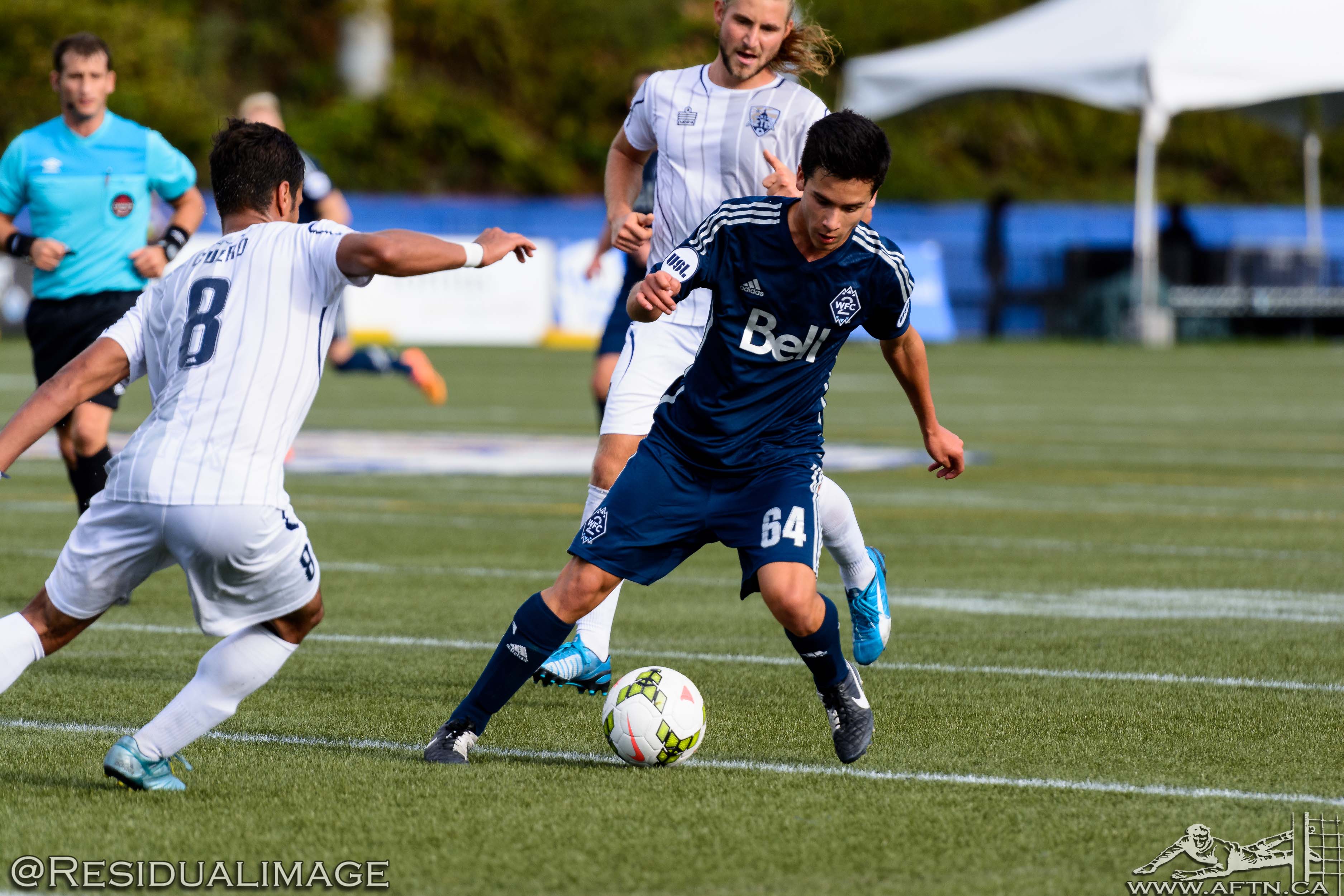 Thanks to Thomas for taking time to chat with AFTN. Make sure you give him a follow on Twitter – @TGardner_.