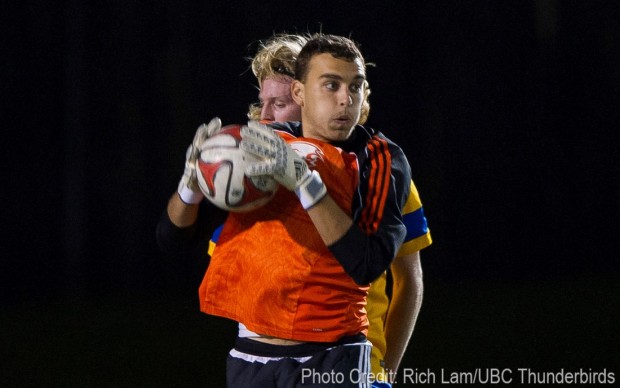 It was a fantastic season for the UBC Thunderbirds men’s soccer team. A season which saw them go undefeated in regulation time for the whole year, but fall agonisingly short of claiming a record-breaking 14th CIS National Championship.

UBC fell to a heartbreaking 5-4 penalty loss to the defending champions, the York Lions, in their semi-final on Saturday, after the two teams had finished 120 minutes at 0-0.

To go a whole season, where no team beats you in actual play but one shoot-out miss costs you everything, is a tough one to take.

The Thunderbirds bounced back on Sunday and claimed the bronze medal at this year’s CIS Men’s Soccer Championship at York University in Toronto.

The 2-0 win over the L’Université du Québec à Montréal Citadins (UQAM) meant the Thunderbirds came away from this year’s nationals without conceding a goal, but again, without lifting the title.

Football really is a funny game Jimmy Greaves! But them’s the breaks and full credit goes to York for going on and lifting back to back national championships.

Mike Mosher likes to build his sides on the back of a solid defensive footing and this year’s Thunderbirds squad was no different. UBC conceded just one goal in regulation time over their six playoff matches this year, and just six over the course of the whole season.

A fantastic record and something to build upon even further in 2016.

It’s even more remarkable when you consider UBC lost all three of their goalkeepers to graduation at the end of last season, along with their rock of a central defender Paul Clerc.

In their absence, the likes of Bryan Fong and WFC2 player Chris Serban excelled this year, but coach Mosher made one significant addition to his squad in the shape of the much fancied goalkeeper Chad Bush.

“This coming year, there was a few questions,” Mosher admitted to AFTN. “But I think we always knew that we were going to be in every game. One, with a goalkeeper like Chad [Bush] coming in, a top quality goalkeeper. We definitely put a goal at the start of the season to be the lowest conceding team in our Conference, because at the end of the day, clean sheets win games.” 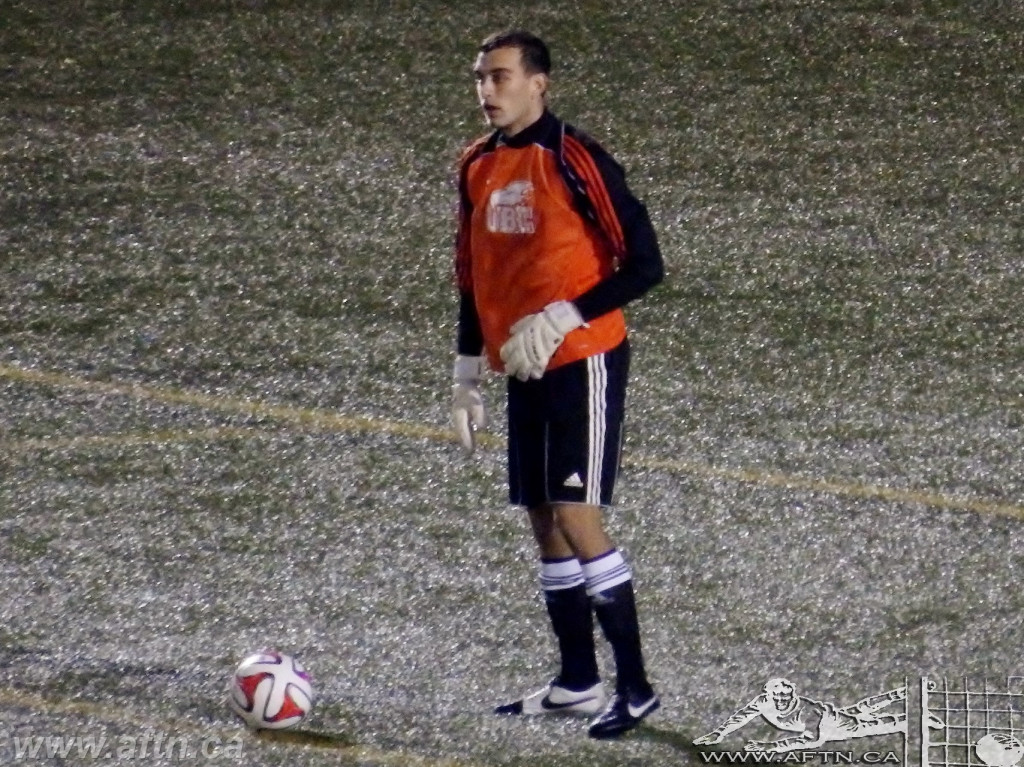 Bush came to UBC for his rookie CIS season from NASL side Ottawa Fury, having been named USL PDL goalkeeper of the year in 2013 and after signing his first pro deal with the Fury for their debut NASL season in 2014, although he didn’t see any first team minutes.

Bush joined the Fury’s youth academy in 2008, then spent two seasons at Toronto FC’s academy before heading down to Duke University on a scholarship, spending a further two seasons in the NCAA.

Despite coming to the Thunderbirds, with that background, Bush didn’t feel that the starting job at UBC was a formality for him.

“You can never know what to expect coming into a new team,” Bush told AFTN. “There were certain expectations coming in, but of course there’s always a fight to get that number one spot for sure. Jason [Roberts, the number two keeper] and I are great training partners, and at the start of the season, it could have gone either way.”

When Bush chose to join UBC in the summer, Mosher was delighted, commenting, “He has the qualifications to be one of the top goalkeepers in CIS and comes highly recommended”. In his mind, there was only going to be one starting goalkeeper with the Thunderbirds this year and that faith reaped its rewards.

“In years past we’ve had goalkeepers that have had injuries and what not, and there’s probably not been a whole lot to give between the goalkeepers” Mosher told us. “The back up keeper, Jason Roberts did play a game and a half this year, but yeah, we definitely had a very clear cut number one goalkeeper in Chad, so we’re going to ride that.”

Having represented Canada at U17 level, where he was a member of the 2011 World Cup team in Mexico, Bush’s footballing talent is there for all to see. There’s certainly a future in the pro game for him if he chooses to pursue it, but right now he’s wanting to concentrate on his “academic endeavours”.

Bush is studying History and Political Science and feels UBC is the perfect place for him to do both that and play soccer at a high level.

“I wanted to finish my education, first and foremost,” Bush told us. “And to get back into the swing of things that way.”

So having been down in the States in the NCAA, how does he find CIS in comparison?

“There are fewer teams to play against here I suppose,” Bush told us. “That’s the one big difference. But other than that, there’s not much. The quality from the team, the coach, the staff and everything. It’s top class everywhere here.”

A ringing endorsement of CIS athletics, but one which will surprise no-one that follows the college game here in Canada. And Bush also feels that playing CIS level with UBC isn’t that much of a drop in level from what he had in Ottawa either.

“I wouldn’t really call it coming back down,” Bush told us. “The standard’s still there, the intensity there, and the quality’s all the same. If you ask any of the boys, we step it up in practice every day and it shows off in the game. It’s a very good level and I’m happy to be here.”

Bush doesn’t know what the football will hold in store for his football career. Right now, his focus is on his education. But with the clean sheet numbers he’s putting up, he’ll certainly be turning heads.

His 13 clean sheets this year, including six in six postseason games, comes on the back of the nine he recorded on his way to winning that 2013 USL Goalkeeper of the Year award. He’s a hard man to beat and that means the interest from pro clubs will be there.

He’s definitely one to watch for the future.

[That wraps up our Thunderbirds Week for 2015. Check out all our other features, if you haven’t already. We hope you’ve enjoyed it and we’ll be back in 2016. Until then, Go Birds Go.]