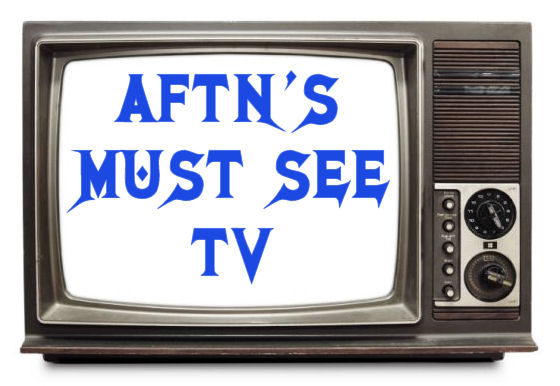 Not coming soon to a television screen near you, AFTN brings you another new season of must see football TV. Vancouver’s cable station of the imagination.

The 2012 and 2013 shows went down well, got the ratings and fell on the right side of the bubble watch, but the TV industry is so demanding that we had to come up with a whole new schedule for the remainder of 2013 and into 2014. Have any of your favourites made it back?

19.00 – 19.30: HUNGER MANAGEMENT – Charlie Sheen is back as an overweight, washed up Seattle soccer manager called Ziggy. Tonight, gastric band or no gastric band? Ziggy needs to make the biggest decision of his life.

19.30 – 20.00: EPISODES – Comedy about a Swiss football manager called Marco who just can’t keep his cool and keeps having episodes. Tonight Marco looks in his fridge and finds nothing to eat but Italian food that is starting to smell like it may be past it’s best before date. He isn’t happy and everyone gets to know about it.

20.00 – 21.00: 60 MINUTES – Tonight, Whitecap Darren Mattocks has an hour to hit a barn door from 10 feet but the drama builds as only seconds remain and he has failed to reach his stated target.

21.00 – 22.00: BREAKING BAD – Fly on the wall documentary following Tim Bezbatchenko as he tries to turn around the fortunes of Toronto FC.

22.00 – 23.00: BEAUTY AND THE BEAST – Football highlights show of Canada’s teams in MLS and NASL action. Presented by Jodi Vance and Craig MacEwen.

23.00 – 00.00: WHO’S THE BOSS? – Late night chat about the football management merry-go-round. Tonight, Martin Rennie’s replacement in Vancouver is weighed up.

20.00 – 20.30: DUDS – Seth McFarlane comedy about a struggling football team in Toronto after the addition of two old duffers. Warning. Offensive to many watching.

20.30 – 21.00: BOB’S BURGERS – Animated comedy about a Vancouver based football club president who has a sinister way of dealing with underperforming players. If they’re bad, they’re offal. Tonight Bob tries out his new Koba beef burgers.

21.00 – 22.00: MYTHBUSTERS – Tonight, Major League Soccer executives try to show everyone that they do know their arse from their elbow and don’t just make the rules up as they go along or to suit the select few. Not a reality show.

22.00 – 23.00: SPLASH – ABC’s (s)hit diving show returns. Tonight Blas Pérez and David Ferreira battle it out in the Dallas heats. Warning. This show may overrun. By a lot.

23.00 – 00.00: BATTLE OF THE BLADES – One octagon. Several flick knives. Two rival supporter groups. There can only be one winner. Tonight Seattle’s ECS square off with Portland ‘s Timbers Army, but there is a delay as the TA demand to know if the knives have been ethically produced and how the spilt blood will be recycled.

19.00 – 20.00: DESERT ISLAND DISCS – Each week a footballer shares which music, books and luxury items they would take with them if they were to be castaway on a desert island. This week, Whitecap Erik Hurtado includes the Bloodhound Gang single “The Bad Touch” as one of his selections.

21.00 – 22.00: ER – Chicago’s County General Hospital ER department is overrun when the Whitecaps’ centrebacks come to town for a training camp.

22.00 – 23.00: AN IDIOT ABROAD 2 – Clint Dempsey regales anyone that will listen with tales of his time in the English Premiership.

23.00 – 00.00: AMERICAN HORROR STORY: CAVE IN – FC Dallas’ season collapses in the most spectacular fashion. Oh the horror. Oh the comedy.

19.00 – 20.00: MARC BURCH’S SPELLING BEE – The Seattle defender travels around Washington schools teaching children how to spell. In tonight’s episode, “That’s with an I not a U”, Marc focuses on spelling various trees.

21.00 – 22.00: WIPEOUT – Human cannonballs! Human pinballs! Crashes, smashes and mud splashes! Each week Whitecaps’ funster Greg Klazura competes in the world’s largest extreme obstacle course designed to provide the most spills, face plants and wipeouts ever seen on television, as the Caps use him for everything and anything but actually on a football pitch.

23.00 – 00.00: CELEBRITY LIFE SWAP – This week Takeru Kobayashi turns out to be the most effective Japanese player Vancouver Whitecaps have had when he is actually noticed during a game. Meanwhile Daigo Kobayashi fails to have much impact in a hot dog eating contest, failing to put enough away and looking badly out of place.

19.00 – 20.00: MISSING – The search is on, but it’s been lost for over a year. Can Martin Rennie find a midfield before the season ends or will he watch his team’s playoff hopes be sucked into the gaping hole left there? Drama.

20.00 – 21.00: HOUSE OF CARDS – A peak into the cribs of MLS referees. Will the walls of Baldomero Toledo’s house be mostly red? And which ref’s house cries out to be the centre of attention in his street?

23.00 – 00.00: MLS INSIDE HER – Late night erotica as a sexy US college girl travels the cities of North America looking to bed as many MLS players as she can.