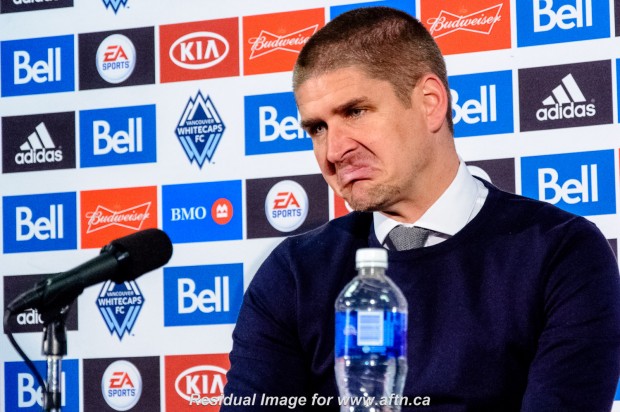 It’s been a while, not only since the Whitecaps lost a home opener but also since we did one of our “Top Ten Lists” here at AFTN.

But I feel we need some Monday mirth and it seemed only fitting that one results in the other after Toronto’s 3-1 win over Vancouver at BC Place on Saturday afternoon.

Both teams were confident going in to the match, only one has a smile on their face now and sadly they’re not wearing blue and white, so we bring you The Top Ten Excuses For The Whitecaps Loss To TFC….

(5) Loss was all in Robbo’s “Seattle plan” – lose opener to TFC, give up two goals to their new DP, go on to win Supporters Shield

(4) With the roof open, Steven Beitashour kept getting disoriented by the sun bouncing off Michael Bradley’s head

(1) Sorry, everyone here thought they were still shit