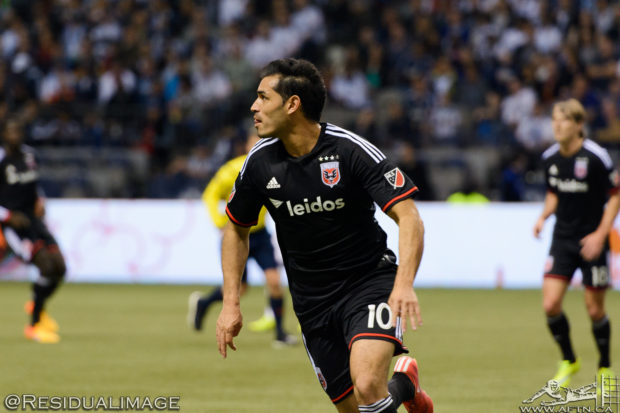 Well that was a fun few days. Probably not if you were in the Whitecaps front office and having to deal with the shambles that was unfolding, but for those looking in, all that was missing was an intervention by Dr Phil.

The official word is that Fabian Espindola was signed by the Whitecaps till the end of the season, but just as he was excitedly “preparing for my move to Vancouver”, in swooped Mexican side Necaxa, offered more money, the ‘Caps felt it was an offer they couldn’t refuse, and they quickly flipped him for an unknown profit (rumoured to be anything from upwards of $20,000). All in all, a great bit of wheeling dealing business that leaves then in the black.

Or maybe it was all just part of a promotional ruse for the HGTV show “Flip or Flop” and all will be revealed in a future episode. It would be great TV and although we don’t know who was responsible for it all on the Whitecaps side, whoever it was, they’d be the best flipper on television since that dolphin in the 60’s.

We’ll leave you to decide who, if anyone, put the spin in Espindola.

There is certainly a lot of it out there, along with a lot of questions from fans and media alike. How did this all really play out? Did Espindola refuse to join his new team? Did the ‘Caps speak with him about his feelings and plans before they signed him? When did Vancouver find out about the interest from the Mexican club? How much of this were DC aware of? How much input did MLS have in the dealings? Just what profit was made? And where do the ‘Caps go from here in terms of strengthening their attack with a proven commodity before the transfer window closes in just over a week? Phew, that’s a lot. So while you mull some of those over, here’s our “Top Ten ways to put the spin into Fabian Espindola and his transfer fiasco”….

(9) When fans look back in years to come, he’ll still be considered a better Whitecap than Mustapha Jarju

(1) Nobody’s talking about Camilo any more

Remember, goals are over rated. The beauty is in the struggle.