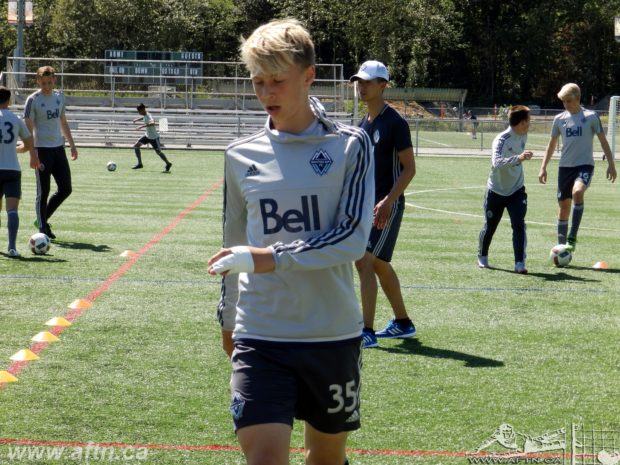 The BC soccer community and Vancouver Whitecaps family lost one of their own on Friday.

The tragic and needless loss of 17-year-old Travis Selje following a car accident in Cloverdale on Wednesday evening left everyone numb. Details of the circumstances of the crash, which saw Selje’s car struck from behind, have already been well documented elsewhere and the incident is now an active police investigation. This isn’t the time or place to go into those details.

It’s hard to really comprehend, and our sincere thoughts and condolences go out to Travis’ family, friends, teammates, and schoolmates at this difficult and heartbreaking time.

This is the time to remember Travis for who he was – a talented footballer, with a lot of potential, who loved the game and had a bright future ahead of him.

Travis spent five years in the Whitecaps Residency program and will be honoured and remembered by the club and supporters at the ‘Caps next home MLS match against Sporting Kansas City on Saturday May 20th. 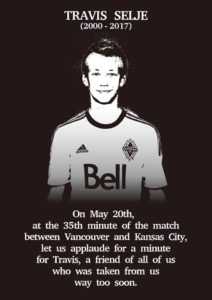 Everyone present is being asked to take part in a minute’s applause when the match hits 35:00. Number 35 was Travis’ jersey number, with the number holding special meaning to him and his family as it was also his birthday – March 5th.

The Whitecaps are also planning to honour Travis at the Sporting KC match. Further details will be announced shortly but they will be inviting his Surrey United teammates to the game and encouraging everyone to join the supporters applause.

Travis Selje was a talented and versatile footballer, who primarily played in defence as a right back or centre back, but could also play in the midfield. A promising up and coming talent, he played his youth soccer with Surrey United from 2005 to 2012, winning three league championships in 2009, 2011, and 2012, before moving to the Whitecaps for the 2012-13 season.

He was also a talented baseball player, playing with Cloverdale Spurs in the Cloverdale Minor Baseball Association, where he won a U13 BC Provincial title in 2013, going on to represent BC and win a gold medal with the U13s at the 2013 Peewee Westerns. As he got older, his prime focus moved to soccer.

Travis was a member of the ‘Caps Pre-Residency squad, captaining the side that first season, and quickly moving up the levels, becoming a member of the U16 side for the 2015-16 season.

Travis made six appearances of the ‘Caps U16 last season, scoring one goal in the 8-1 home win of De Anza Force on November 1st 2015. 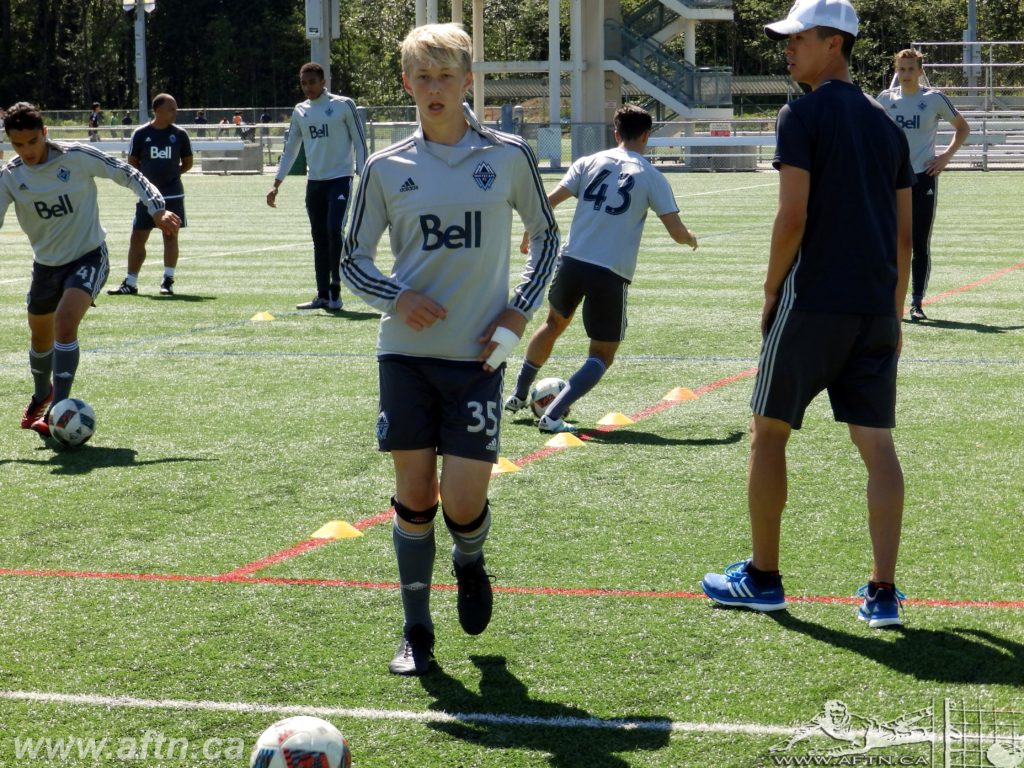 Travis rejoined Surrey United in 2016. He was a key member of their U16 and U18 sides and was team captain. He was on his way home from soccer practice with a teammate when the crash happened and his number 3 jersey won’t be worn for the rest of the season.

His Surrey United teammates paid their own tribute to him this past weekend and a moment of silence was observed at all BC Soccer youth matches.

“He’s done great things [at the Whitecaps] and at our club,” Clark said last week. “At our level, he was an all-league player and one of the best in his position.”

“Travis was the team captain, he was definitely the leader in the group,” Pegios told reporters. “He was absolutely a gifted player… a player that the whole team basically looked up to. He’ll obviously be sorely missed.” 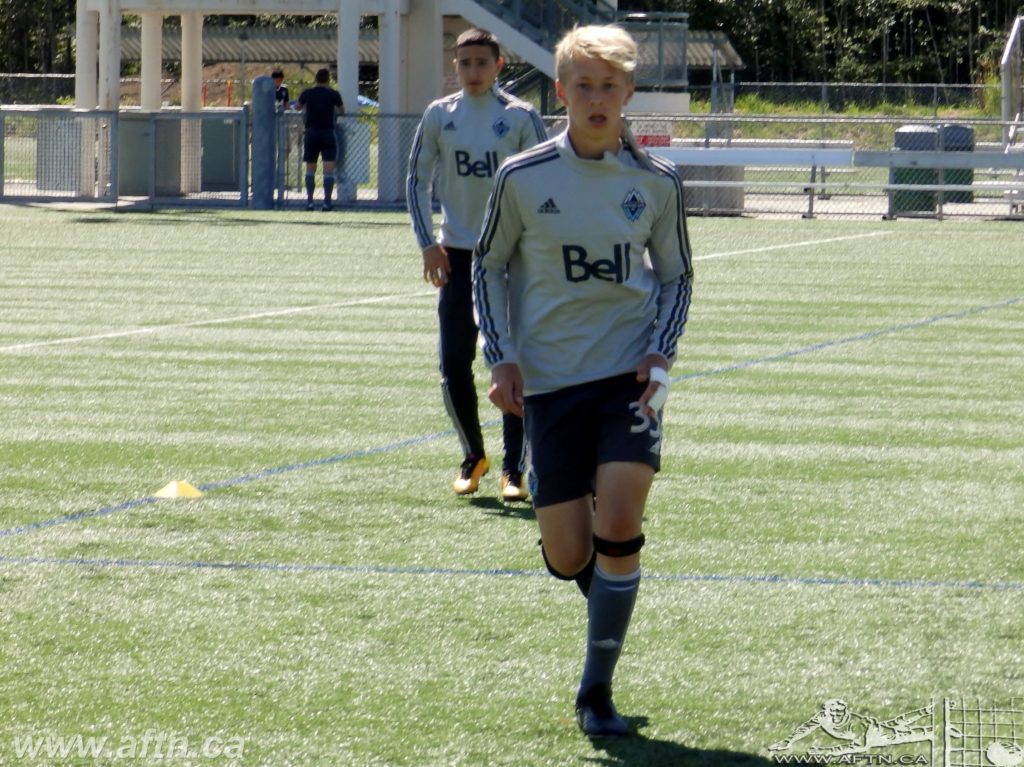