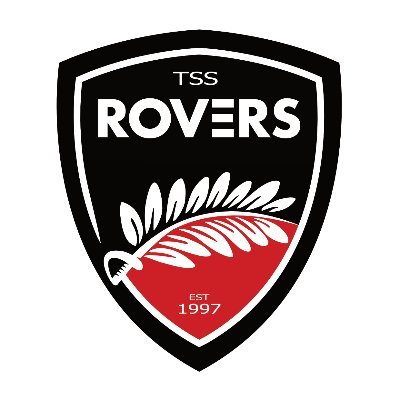 We continue our breakdown of the TSS Rovers squad for the upcoming League1 BC season with a look at the midfielders currently signed to the team (we’re basing this position on their listed college/transfermarkt position).

You can catch up with our first two parts below: 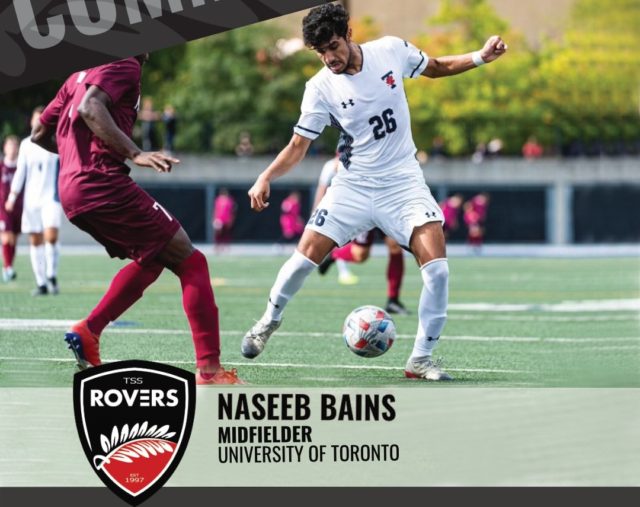 A Vancouver Whitecaps academy graduate, 19-year-old Naseeb Bains joined the ‘Caps program in August 2017 after a youth career with Fusion FC in the BCSPL.

The holding midfielder was recruited by the University of Toronto Varsity Blues and made 10 appearances in his rookie season in 2021, four of them starts, and grabbed his first goal in the college ranks against Algoma in October. 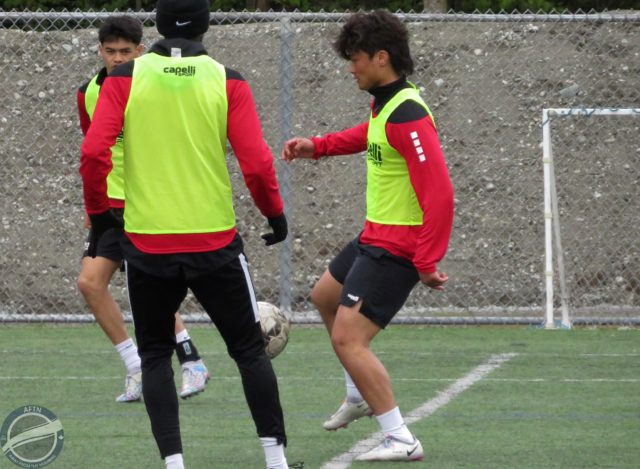 A graduate of Clayton Heights Secondary in Surrey, Jun Won Choi was recruited by the University of Fraser Valley Cascades in 2015, but injuries and competition for places meant he didn’t see any playing time until the 2018 season where he made 16 appearances, all but one of them as a starter, scoring one goal and tallying one assist.

His college career was temporarily halted in 2019 when he had to return to South Korea for mandatory military services, but he returned to BC to play for the Cascades last year where he made nine appearances, eight of them starts, scoring two goals. 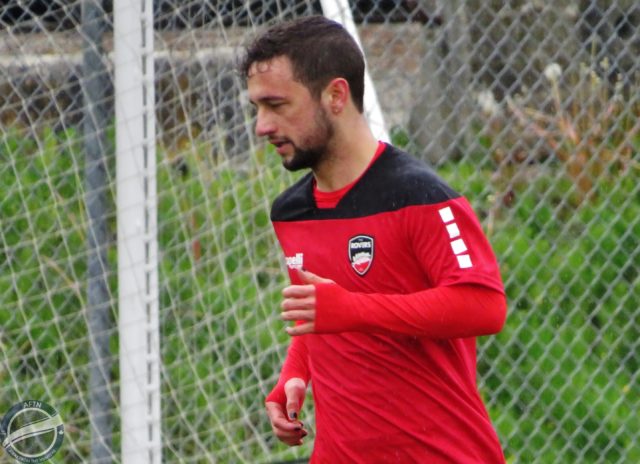 Midfielder Kyle Jones will be a man known to many TSS Rovers supporters from his time playing against the team in the USL with Calgary Foothills, but the Whitecaps academy alumni has now left the dark side and will be calling Swangard home this season.

Jones played most of his youth football with BCSPL side Coquitlam Metro Ford before making the move to the Whitecaps U18 team in August 2013. Jones went on to make 59 appearances for the ‘Caps, scoring nine goals.

After graduating from the ‘Caps, Jones headed to Simon Fraser University in 2015, where his four goals and three assists in 15 appearances earned him a place on the Great Northwest Athletic Conference First Team All-Conference. After a couple of injury hit seasons, which saw him as a redshirt in 2018, Jones wrapped up his SFU career this past winter, with 50 appearances, eight goals, and six assists to his name.

As mentioned, Jones played with Calgary Foothills in their 2017 and 2018 USL PDL seasons, scoring seven goals, tallying two assists, and making 23 overall appearances for them. TSS will be hoping he can bring this form to League1 BC.

Jones plays his winter football in the VMSL Premier Division with Coquitlam Metro Ford Wolves, reuniting alongside his brother Adam, and got on the scoresheet for them once this past season. 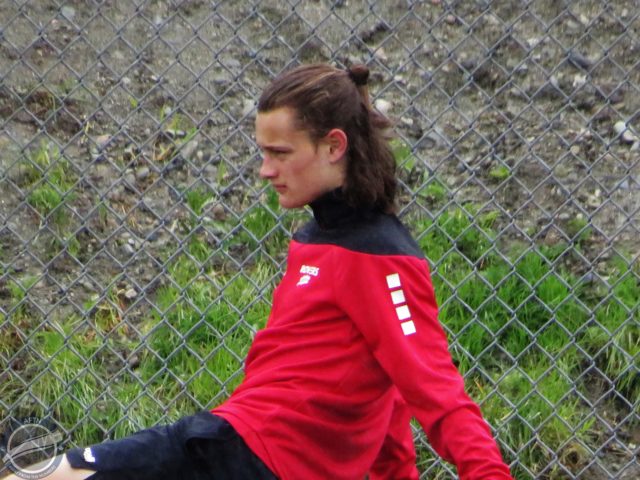 A dynamic box-to-box central midfielder with an eye for goal, Liam MacGowan has come through the TSS academy system, transitioning from their U18 side to the U21s and now onto the first team for the inaugural L1BC season.

MacGowan played this past winter season for TSS Rovers II U21 side in Division 1 of the FVSL. His 17 goals, 13 in the league and four in the cup, included one hat-trick and one four game haul and saw him named FVSL Division 1 MVP. Can he now bring this goalscoring form to the higher level? He’s definitely one to watch as a potential breakout star for the club this season. 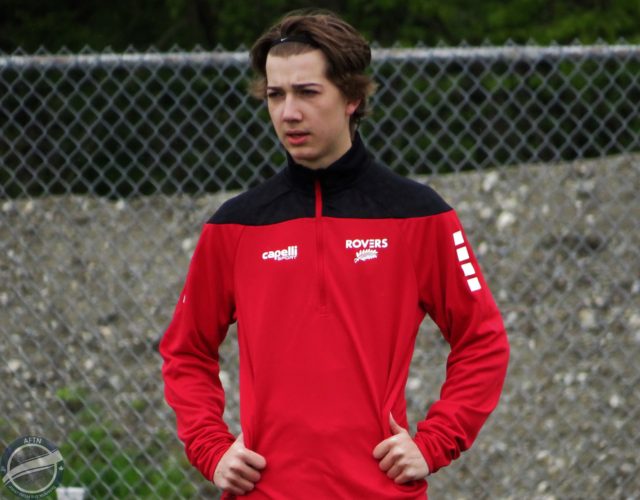 A TSS lifer is how the club like to describe Jonah Quarry. The 18-year-old midfielder took part in his first TSS training session aged 5 and has been full time with their academy since he was 10.

Recruited by the UBC Okanagan, Quarry made two sub appearances for the Heat last year in his rookie Canada West season. 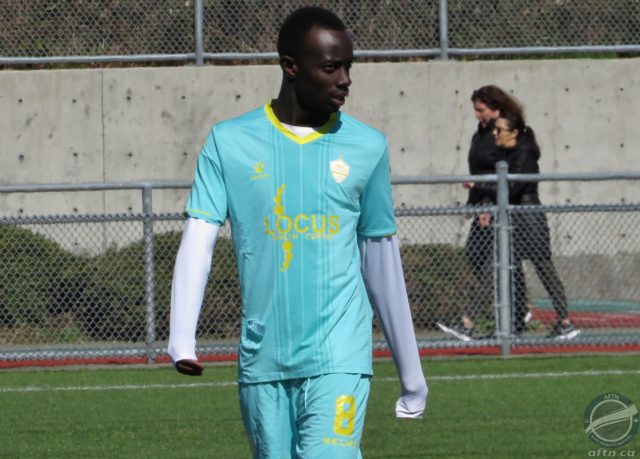 Talisuna has two seasons with Simon Fraser University under his belt in 2019 and 2021, scoring three goals and tallying three assists in 24 overall appearances. He was named to the 2021 NCAA Division II Conference Commissioners Association All-West Region Team

Talisuna was named the 2019 BC Soccer Adult Player of the Year and played the 2019 winter season with Port Moody Gunners and has been with VMSL side BB5 United CCB for the recent 2021/22 VMSL season, winning the Premier Division title and scoring three goals for them along the way. He will be facing off against some of his TSS teammates in Sunday’s BC Provincial A Cup final at Swangard on Sunday. 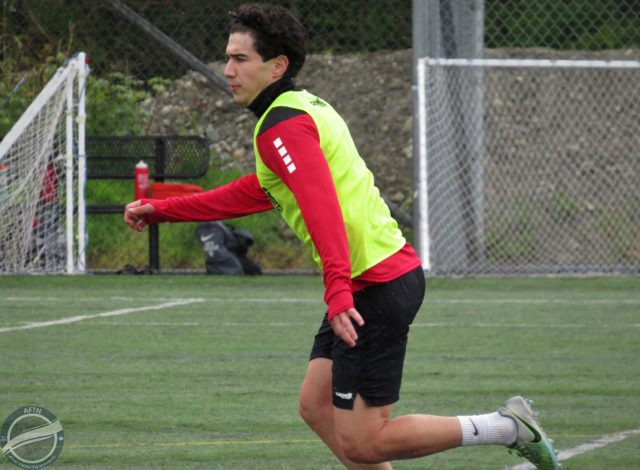 Midfielder Anthony Vega will be hoping to build on a good college season in his first season with TSS, and he’ll have a lot of familiar teammates around him to help that happen.

After playing his early youth football with Coastal FC in the BCSPL, Vega join Vancouver Whitecaps’ pre-Residency program full time in August 2013 before returning to the Coastal fold in 2014 and playing for their U16 and U18 sides until graduating in the summer of 2018.

Recruited by the University of Fraser Valley, Vega played his first season for the Cascades in 2018, making 12 appearances, 10 of them starts, and adding one assist in his rookie season. An injury ruled him out of the 2019 season, with Covid taking away the 2020 Canada West campaign.

Back at it last year, Vega was a key player in the Cascades’ run to the Canada West Final Four, making 13 appearances over the season, all but one of them starts, and scoring his first college goal against UBC in October. Defensive midfielder Grant Verhoeven is a 2021 graduate from TSS FC and returns to play for the Rovers in their first L1BC season.

Verhoeven started this past VMSL season for Rino’s VSC Coastal, scoring one goal, before moving to the FVSL to play for the FC Tigers Academy side. 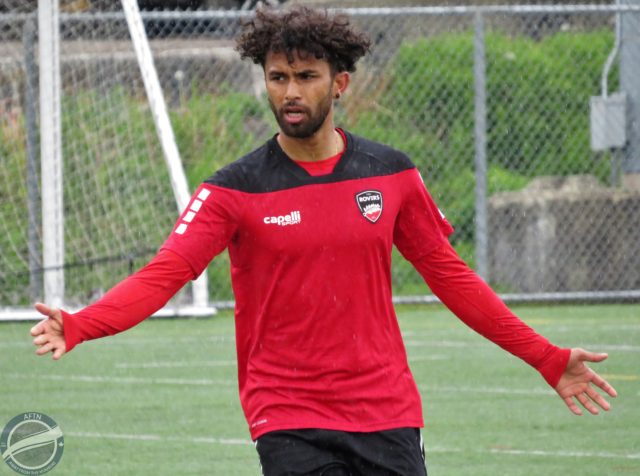 Bangladesh born Ali Zohar came to Canada with his family in 2009 as refugees, and only started playing football at the age of 10 with Surrey sides CCB and BC Tigers. Yet, he’s impressed a number of his coaches over the years and should be a very strong addition to the TSS midfield.

A defensive midfielder, Zohar is a Vancouver Whitecaps academy alumni, first joining the team’s pre-Residency in September 2014 after playing his early years with BCSPL side Coastal FC, where he won a 2013 BC U13 Provincial Cup, then moving on to Surrey United.

Zohar spent five season with the ‘Caps, captaining the U18s in his final season there, and was named Whitecaps Young Player of the Year in 2017. He’s also been involved in Canadian national team camps at U15 and U17 level.

Strong academically, as well as on the football pitch, Zohar earned a full-ride scholarship with NCAA Division I’s University of Northern Kentucky in 2019, making 13 appearances in his rookie season and being named to the Horizon League All-Freshman Team.

With a knee injury wiping out his 2020 season, Zohar got back on the pitch for a spring season in early 2021, playing in five games for the Norse before returning home and transferring to Simon Fraser University for the next school year.

The 20-year-old made 16 appearances for SFU in that winter 2021 season, scoring one goal and adding one assist.