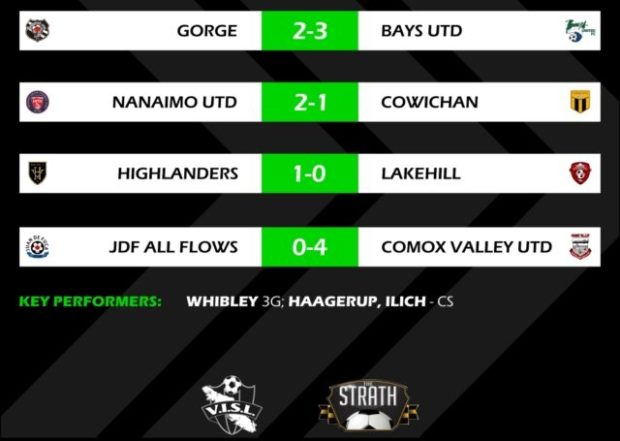 What a weekend! Besides the trick or treating imagination out there in many communities, there was some soccer played – while we had some gorgeous weather too!

Here is what happened in the top flight of amateur soccer on the Island – VISL Division 1.

The weekend started out with fireworks at Oak Bay High School as Bays United slipped by Gorge FC 3-2. If you happened to be watching the game and arrived in the second Half – you would have missed all the goals.Ian Whibley hit a hat-trick for the league leaders while Gorge’s goals were scored by Andras Stratton and a Bays own goal.

Friday also saw a good battle at Nanaimo District Secondary School where the home side snuck by Cowichan 2-1. Nanaimo goals were scored by Colin Jacques and Shun Takano, while the Cowichan single was scored by Blaze Roberts in the 90th minute.

In what would have typically been the Game of the Week – Victoria Highlanders returned the favour and shutout Lakehill 1-0. It was an excellent match up from all accounts, with Highlanders having bragging rights as they take down the previously undefeated Lakehill. Lachlan Will was the Highlanders goalscoring hero while goalkeeper Marko Ilich was the shutout hero at the other end of the park.

The final game of the weekend, also on Halloween night, saw Comox shutout Juan de Fuca Allflows 4-0 thanks to goals from Joe Butcher, Grayson Chalifoux, Dan Cato, and a JDF own goal. Recording the shutout was keeper Hans Haagerup.

Having the weekend off due to staying in cohorts were Powell River and Westcastle.

All of which leaves the VISL Division 1 standings as follows: 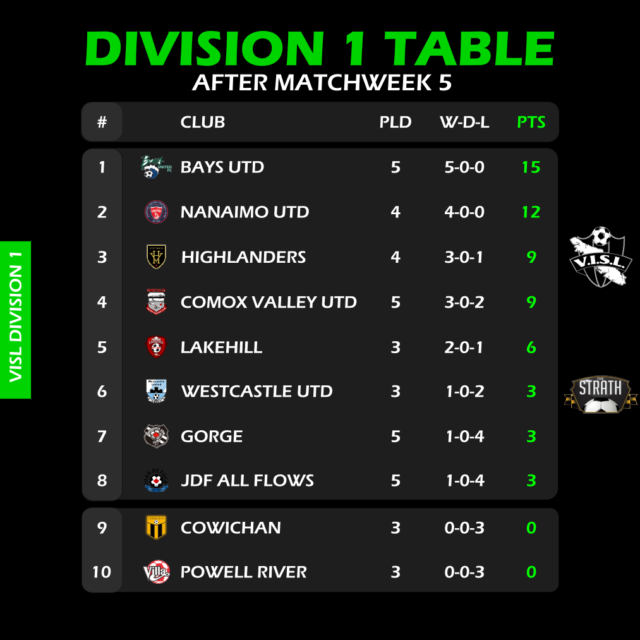 Bays and Nanaimo are still undefeated, with Bays still holding on to first place having played an extra game. Nipping at their heels and coming off a big win are Victoria Highlanders, while ready to strike and be right back at the top are Comox and Lakehill.

At the bottom, Powell River Villa and Cowichan FC are still looking for their first points of the season.

The scoring leaders saw some changes, but Grayson Chalifoux is still leading the way. Here is how that shapes up: 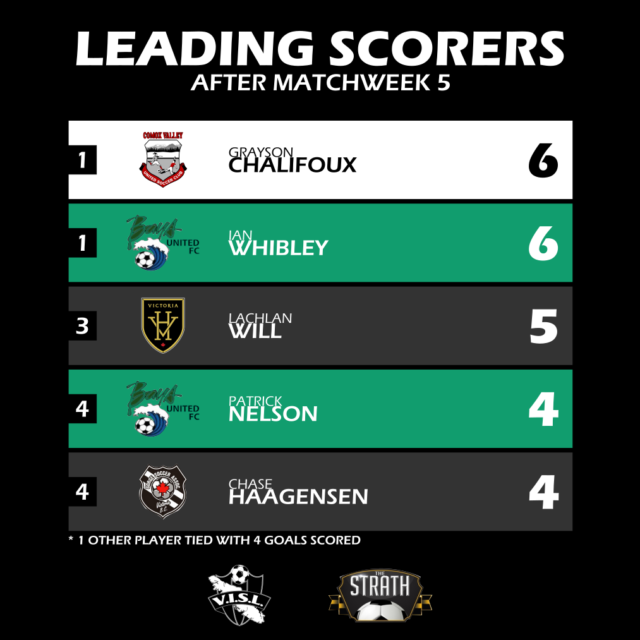 Week 6 is now upon us. We continue to knock on wood and hope to stay safe and on the field of play.

Here is a snapshot of what we have in store for our top flight of amateur soccer on the Island this week, with one game on Friday evening and three taking place on Saturday. 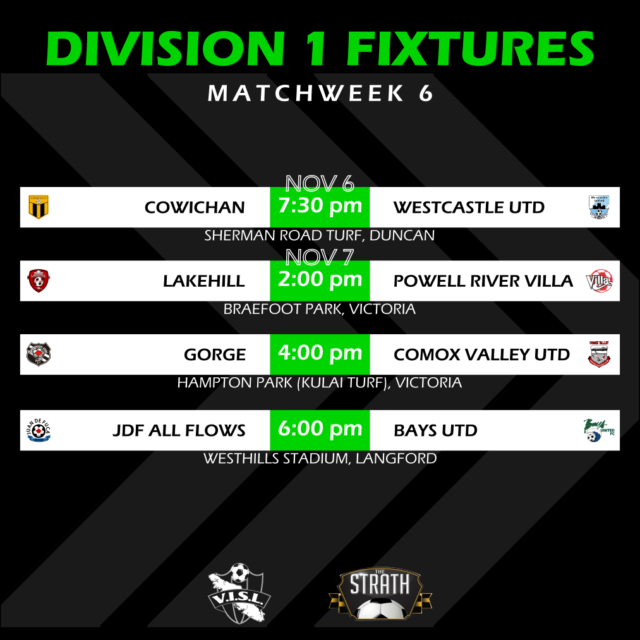