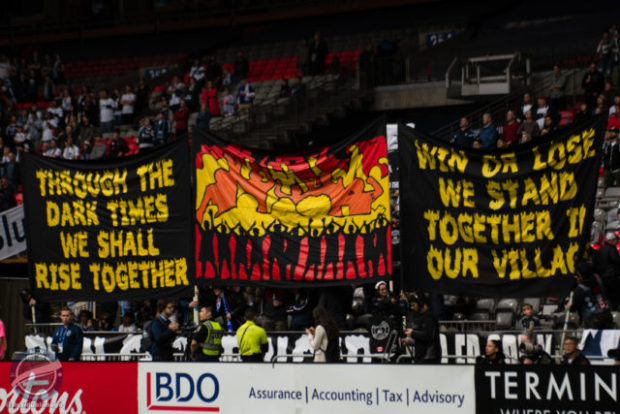 So here we are in this our offseason of discontent. From the Whitecaps’ perspective, we are hearing some of the right things. We’ve finally got our new Sporting Director who will, we expect, lend some rigor and some professionalism to the operations side of the Club and rumour has it that we even have a scouting department with actual scouts in the field. The club has also acknowledged some shortcomings in the product on the pitch.

However, hearing about these changes and issues only goes so far. Our manager has stated that new player targets are being pursued and his goal is to make some signings prior to December the 15th. Last year, the lateness of signings only compromised preparation for the 2019 season. As of writing this on December 3, there have been exactly zero new additions to the on-field product.

We’ll soon learn if talk remains cheap and if we are headed for the same old same old. Of course, I’d love to tell you that my sources have told me about two new splash signings, but alas I don’t have those sources. I only have hopes.

Now, if you are thinking that I’m about to set out what new players or profiles of players the Whitecaps should be pursuing, you’d be wrong. Nope, I think we all know or have a pretty good idea of what positions we desperately need to upgrade.

So instead, this time I’ll give the club the chance to impress me with the new signings we all expect, and I’ll focus on what we, the fans, can do better in future.

See how I did that, I teased you with the title, and then slipped something else in the back door. It’s the old bait and switch. I could now go on to tell you how the Whitecaps have done that to us many times, but I just wouldn’t do that. At least not this time.

We’ve been sold the notion for some time that the Whitecaps provide the best sporting atmosphere in town. That sounds great, but it isn’t actually saying a lot. Vancouver crowds are notorious for being reserved and being reactive. In other words, they like to sit on their hands and then cheer a bunch when the home team scores. Think the Canucks.

The supporters’ groups at Whitecap games have given the club the grounds to make a claim for the best sporting atmosphere and have laboured to make the fans more proactive and less reactive. Good on them. I think they are terrific. They’ve often done this and created a bunch of fun despite a lack of co-operation from the club. This is ironic and surprising given the benefit the club gains from these efforts. 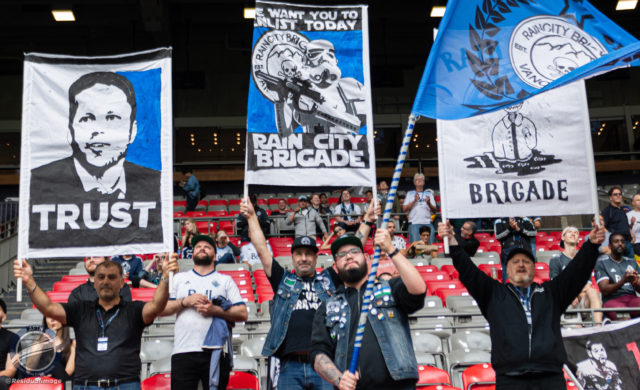 The Southsiders, Curva Collective, Rain City Brigade and others are essential to the atmosphere in BC Place. However, even at their peak, the noise, enthusiasm, and cohesion have never been the match of the better crowds in MLS (think LAFC, Portland or Seattle in this connection). We just can’t get away from the conservative nature of Vancouver crowds. The bulk of folks just aren’t prepared to get on their feet and make some noise to encourage our team to greater heights.

The closest we get to universal buy-in is the back and forth “White” “Caps” cheers from alternate sides of the stadium, just as we heard back at Empire Stadium in the 70’s and 80’s.

To date, the supporters’ groups have been innovative and enthusiastic, but somewhat fractured. It has never made sense to have three or more disparate groups leading different songs, chants, cheers, and tifos. And it especially made no sense given the size of the smaller groups at BC Place. Seventy-five people singing a song or chanting their hearts out just gets lost in a cavernous stadium.

Finally, in 2020, we’ll get a modicum of consolidation as our second largest group (Curva Collective) will meld with the Southsiders and become a more unified and larger group. Travelling together and cheering together have demonstrated that it is possible to get on the same page.

However, as at this writing, the other smaller groups are determined to continue on their own path. I encourage those other, smaller groups to swallow their pride and join the larger collective. The politics of any group can be challenging, but surely we should consider the greater good. We are at the stadium to cheer on the ‘Caps, let’s forget the petty stuff.

Given the acoustics and scale of BC Place, it only makes sense to get as many unified voices as possible. Hopefully, the soon-to-be better product on the field, leading to bigger crowds, will restore some of the enthusiasm we all lost in 2019. More cohesion can only help in this connection. Let’s make some more noise!

Finally, I’m hoping that coalescing at least the two largest supporters’ groups will allow for some new creativity in what chants and songs are pursued. It is time to freshen up the material with some new material. Things are getting a bit tired. We’ve heard it all before and it works, but new stuff won’t hurt. Also, trying again to hand out some cheer/song lyrics to those in the sections bordering the supporters’ groups can’t hurt.

In other words, it isn’t just the Whitecaps that need to improve, we fans need to look in the mirror every once in a while too. 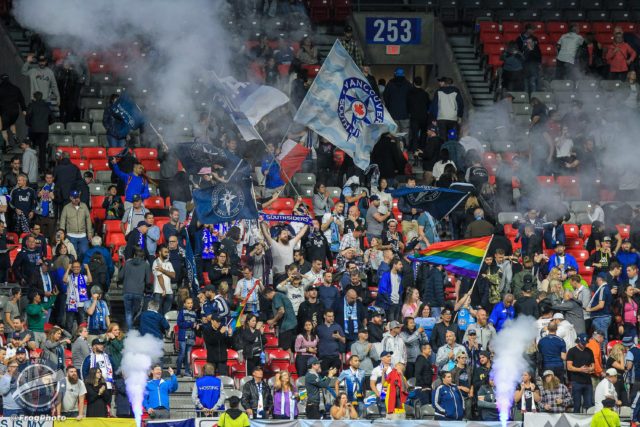