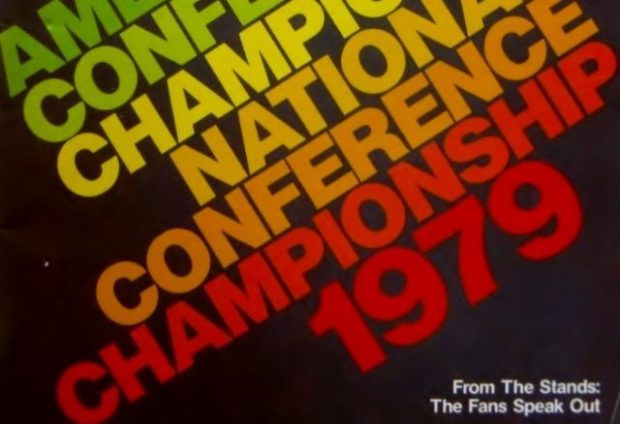 Throughout the season we’ve been recapping Vancouver Whitecaps’ 1979 NASL Soccer Bowl winning season with the help of matchday programs, photographs, and more, bringing you all the highs, all the lows, and the all the wonder of their famous final victory, with a splattering of 1979 nostalgia and some interviews thrown in as well.

The season was coming to an end and a place in their first ever Soccer Bowl was so close they could almost touch the trophy. All that stood in their way was the legendary New York Cosmos in the National Conference Championship game.

The defending champions, Cosmos had won the Soccer Bowl in 1972, 1977, and 1978, and were looking for the threepeat. They fully expected to get it, as did their fans.

New York had by far and away the best record of any team during the 1979 season, winning the National Conference Eastern Division at a canter, posting a record of 24 wins and just 6 defeats from their 30 matches. Their points total of 216 was 29 more than the next best team (American Conference side Houston Hurricane), and 44 more than the Western Division champion Whitecaps.

But the ‘Caps had reason to be confident heading into the series. Of the Cosmos’ six defeats, two of them came at the hands of the Whitecaps, who definitely seemed to have their number and the ability to get right under their skin.

Both regular season wins had seen the Whitecaps dominant over their more storied opponents, beating the Cosmos 4-1 at Empire in June and then heading to Giants Stadium to beat them 4-2 a month later.

Despite their regular season dominance, the Cosmos had been made to work hard in the playoffs in their quest to hold on to their title. The first round match up with Toronto Blizzard was pretty straight forward, with New York winning the first game 3-1 and the return 2-0.

The Conference semi-final was a whole other matter. Tulsa Roughnecks shocked the New Yorkers 3-0 in the first game in Oklahoma, before the Cosmos bounced back to win the return game by the same scoreline. That set up a 30 minute winner-take-all mini game, which New York came through with a 3-1 victory to set up their Conference Championship series with Vancouver.

It was an eagerly anticipated match by everyone of a Whitecaps persuasion. The first game was at Empire on Wednesday August 29th. Demand was high and 32,875 fans packed into Empire, the biggest home crowd of the season to see a 2-0 Caps win. Tickets had gone on sale on Monday August 27th and fans queued through the night to get tickets. Can you imagine people doing that here if it doesn’t involved an Aritizia sale or some new iPhone?

By mid morning the queue was four blocks long, with many left disappointed and angry. Scalpers had snapped up tickets and fans were irate, so the ‘Caps lifted the television blackout that existed for home matches locally and the game was shown live here on TV. And what a cracker it was.

Willie Johnston opened the scoring in the second half with a diving header off an Alan Ball cross to give the Caps the lead. With 15 minutes to go it was two, with Ball feeding Whymark, who finished through the keepers legs to send Empire ecstatic.

Cosmos frustrations boiled over and the tackles flew in, with their dirty Iranian centre back Andranik Eskandarian sent off with only 8 seconds left! Eskandarian was the man who got into it with Willie Johnston in the July game that descended into chaotic scenes, but the drama wasn’t over yet.

As the teams headed off, Brazilian legend Carlos Alberto threw a shirt at a linesman, spat towards him, and was suspended for the rest of the season, with the Cosmos threatening to sue the league!

None of that mattered for the Whitecaps who were now 90 minutes away from reaching the Soccer Bowl. 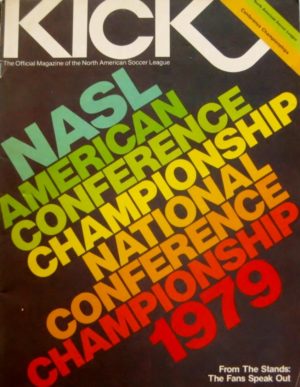 The second leg was three days later at Giants Stadium and what a game. A matchday many feel was the best in NASL history. It was certainly the longest game, in front of 44,109 fans.

New York’s plan was to attack early, get a lead, then ease up to see out the game, forcing Vancouver to chase the match as they rested for what would then be the deciding mini game.

When Giorgio Chinaglia scored 10 minutes in, the plan looked good, only for John Craven to soon derail them and head home an Ball free kick. Chinaglia made it 2-1 seven minutes before half time. That looked like it was going to be enough but in the dying minutes up popped Wee Willie Johnston again to head home a Bobby Lenarduzzi cross and the game headed to sudden death overtime.

There were no more goals and the game headed to a shootout, which the Cosmos won to send the match to that deciding mini game.

The mini game was played with a 10 minute break between it and the main match that had just finished. The game was two 15 minute halfs with no sudden death.

Goalless after the first 15 minutes, the ‘Caps thought they’d taken the lead in the second half when Carl Valentine rifled a shot off the bar and seemingly over the goalline. The ‘Caps celebrated, the Cosmos surrounded the referee, making him speak to the linesman who said he couldn’t be a hundred percent sure either way, so the ref disallowed the goal! Did someone say homer officials?!

There were to be no goals and the match headed to a shootout, with the Whitecaps up first.

Bobby Lenarduzzi and Johann Neeskens scored their first round efforts, but the second round saw neither team put the ball in the back of the net, with Vancouver’s Bob Bolitho having his effort blocked by Cosmos ‘keeper Hubert Birkenmeier and the Kaiser, Franz Beckenbauer, pulling his effort wide of the left post.

Tied at 2-2, Derek Possee audaciously chipped the Cosmos keeper to put the ‘Caps ahead again, and when Ricky Davis’ effort was saved by Parkes, the Whitecaps just need to score their fifth and final shot to advance to the Soccer Bowl.

Up stepped Alan Ball, a man you’d have possibly put your house on to score with the season he’d been having and his experience, but he never looked confident, took too heavy a touch, and Birkenmeier came up with the save. The Cosmos were still in it.

Now it was up to New York’s Brazilian midfielder Nelso Morais to take the shootout to sudden death.

The way the shooutout worked, players had five seconds to run in and try and score from 35 yards out. Morais headed towards goal, jinked one way, then the other, rounded Phil Parkes, and with the open goal gaping, time ran out! He scored but a second too late. The Whitecaps had won and were heading to the final.

What a night. What a series. And you can relive all the action from New York, including both shootouts, in the video below (the commentary isn’t in sync, which is more than a bit annoying). If you want to break the match down into more manageable portions, there are some separate videos on You Tube, but this seems to be the best quality one, apart from the sound.

The ‘Caps had done it and they’d booked a trip back to Giants Stadium one week later to face the Tampa Bay Rowdies for the chance to win their first ever Soccer Bowl. And we’ll bring you the tale of that famous day on Sunday.