The fat lady didn’t so much sing on Saturday, as whimpered, and when pantomime villain Baldomero Toledo blew the final whistle, there were mixed feelings. 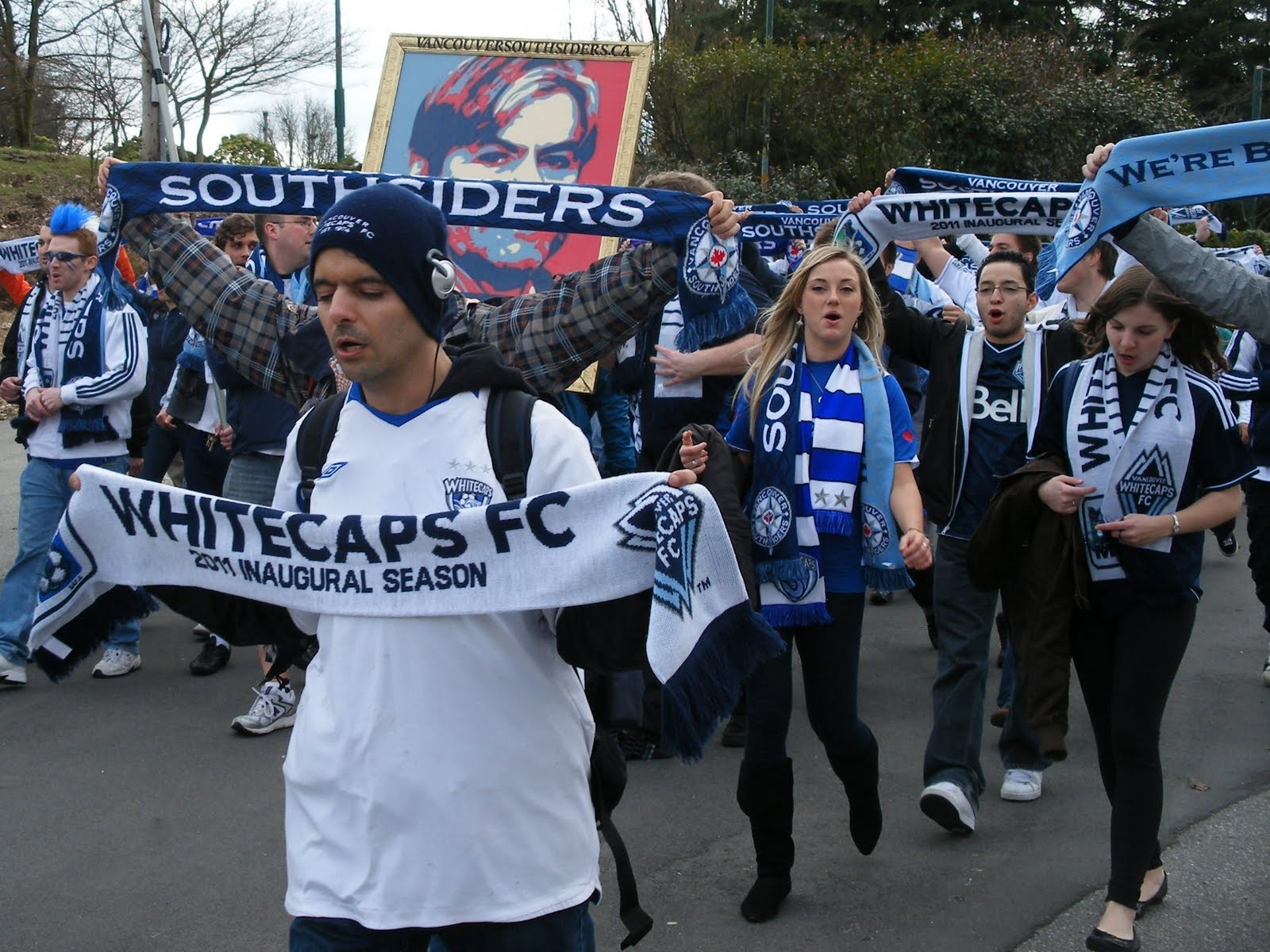 There was the relief that a season that promised so much, yet delivered so little, had finally come to an end. There was disappointment at finishing bottom of the heap. Tinged with the sadness were happy memories of the past seven months.

Then there was the final realisation that it was all over, and with nothing bar a few Under 18 Residency games to give us our Whitecaps fix over these coming months, the off-season malaise was already starting to sink in.

We were all on this ride together- fans, players, front office. We shared the highs. We shared the far more common lows. We laughed, we cried, we shouted, we shook our heads. We made some great new friends.

Football united us and made many new converts along the way.

“You are part of my existence, part of myself.” (“Great Expectations”)
When we started our new MLS journey back in March, I don’t think any of us could have predicted the twists and turns that lay ahead, both on and off the pitch.

No-one would have expected the class of 2011 to become the worst Vancouver Whitecaps team, results-wise, in our proud 37 year history. Never before have we finished overall bottom in a League and hopefully we never will again.

It was certainly a season to remember, and sadly not always for pleasurable reasons. This is AFTN’s review of the season that was. “I’m not going to tell you the story the way it happened. I’m going to tell it the way I remember it.” (“Great Expectations”).

Why has AFTN gone all Dickensian on you? We think it only fitting really, as the Whitecaps 2011 MLS season played out like something that would fit quite perfectly into the world of Charles Dickens.

Vancouver might not fill the role of Victorian London all that well, but we certainly suffered hard times in our battle of life in the “majors”. 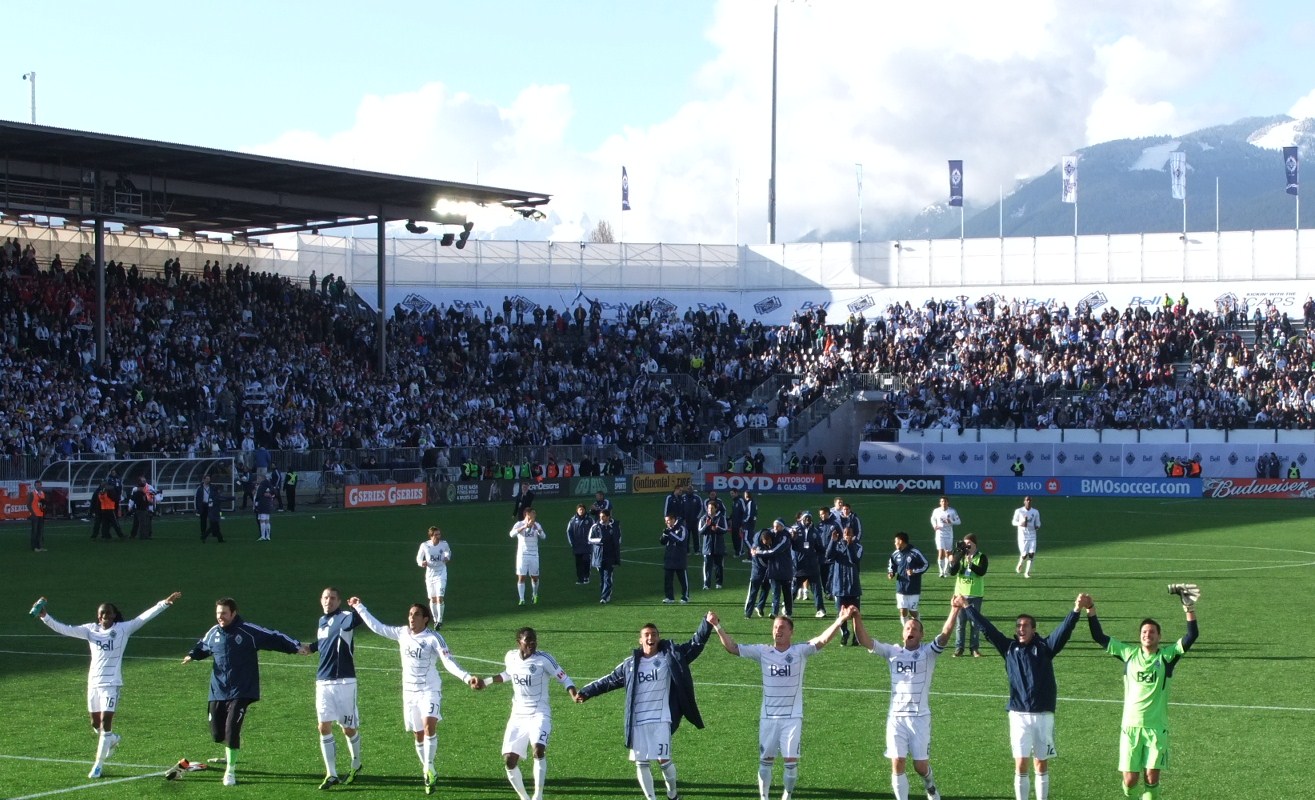 When Southsiders and other fans gathered in The Lamplighter a few days before the season got underway, we had great expectations. The excitement was contagious, hopes were high, and probably the worst thing that could have happened was the thrashing we gave Toronto FC in the first game of the season at Empire Field.

Expectations were then even higher, but it proved to be quite the long voyage, with far too many speedbumps on the way. Instead of becoming the bright new lights in the Pacific northwest, we became the poor relation’s story. when it came to our Cascadian cousins, left well behind in terms of results, performances, atmosphere, marketing and just how the club was run in general.

We were in the unique position of having two home openers, in two differently wonderful stadiums. Both occasions were amongst the highlights of our season, but unfortunately, all too often there was a lot of hardship, as we begged for scraps. Those were two very bleak houses for most of the year.

Not as bleak as when we went into the houses of others mind you. No wins on our travels was more than just disappointing. It was embarrassing and infuriating at times. A lot of fans spent a lot of their hard earned time and money to watch some of the most lacklustre performances I have seen from a Whitecaps team on a football pitch.

Whereas other teams seemed to have fight, passion and a desire to win, we showed none of these far too often, with our heads going down way too easily when the going got invariably tough.

It wasn’t just two homes we had, we also had two managers, with another on the way. 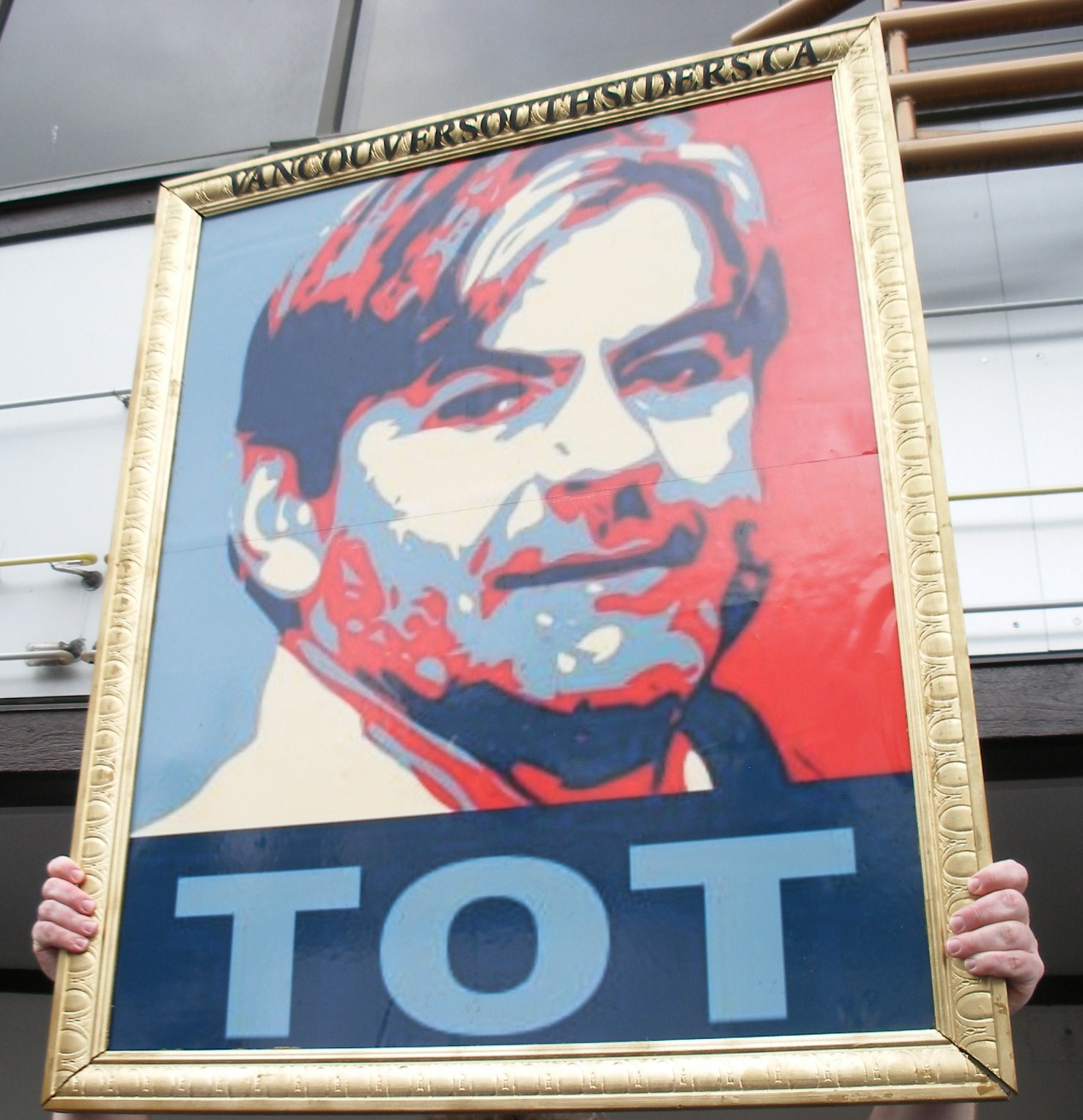 Frankly, both managers were poor and fell short of what we needed to make any sort of impact in Major League Soccer this year. A tale of two shitties, if you will.

Neither of them got a squad of talented players performing at the level that they should have done.

This was not a poor squad. We are not a last place side with the talent we have on our books. We seriously underperformed.

The question as to why needs to be addressed at the very top.

All of this was overseen by our mutual friend, Paul Barber.

The little London stray seemed to be trying to do his best to encompass characters from Oliver Twist.

Artfully dodging the hard questions, with positive spins on the negative, that even a slippery politician would have been proud of. When fans complained about things like the drummers, ticket prices, Uniglobe, and other issues, there were always tales of more fans who were happy with everything and had taken the time to write and tell him that. How pleasing, yet unusual, in this day and age.

Despite the complaints, his band of ticketing urchins, front office and corporate sponsor, continued to pick a pocket or two from the fans, never afraid to be asking for more. It was enough to make Fagin proud.

But let us not just dwell on the bad times, for there were also many happy occasions.

The first two home games were simply remarkable – the TFC opener and the amazing three goal comeback draw against Kansas City. It may have gone downhill pretty fast after that, but at least we have those memories, and five other wins as well.

We had some stellar player performances, both in the first team and in the up and coming Residency players. 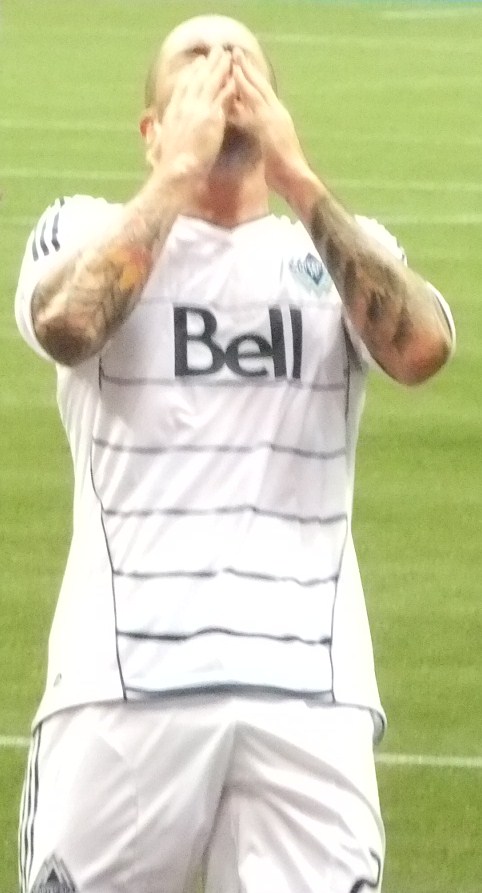 Camilo da Silva Sanvezzo was the player of the season. Although his going to ground became grating, his goals more than made up for that. Eric Hassli was sublime, when on his game, and the team woeful when he wasn’t, and he knew it.

Gershon Koffie showed maturity beyond his years and although he still has work to do on his game, he has a bright future, which will no doubt take him beyond MLS pretty soon. And Joe Cannon, won a crowd of Jay Nolly lovers over by being himself.

The brightest spots of the year were the promising young Canadian talent that is coming through. Caleb Clarke, Ben Fisk and Bryce Alderson all impressed in the PDL and got some minutes under their belt in the MLS Reserve League.

I await the day that they make the actual move to the first team squad. It will come.

And then we have the fans, and the atmosphere. Tremendous and a football crowd I never thought I’d experience in Vancouver. 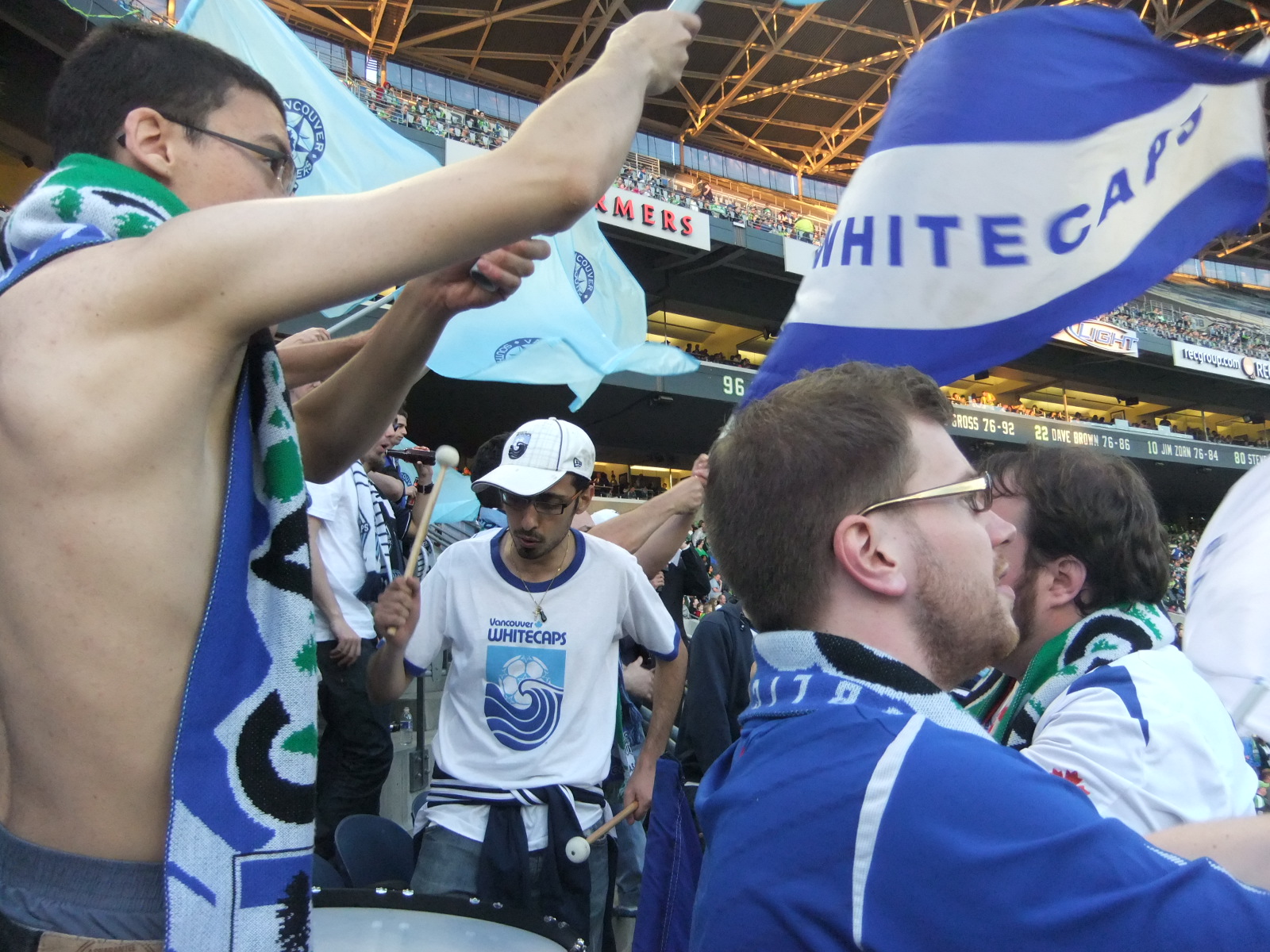 The Southsiders led from the front, but the rest of the stadium were also so up from it from the first kick to the last. Now, if only we could actually get more people to actually be in their seats by kickoff time.

Fans got to experience some great awaydays. I personally took in the games at Chivas, Real Salt Lake, Seattle and Portland. Newxt year, I plan many more, and hopefully see our first ever MLS away win in the process.

These travels made me appreciate what we have in the stands in Vancouver, and also how wonderful it is to have a club that publishes a game specific (and free!) matchday program.

It’s these little things that make my football experience complete. Now, if we can only get a pie stand at BC Place…

It was a sad season in many ways, as supporters had to say farewell to some favourites. Players who had been with the Caps back in their D2 days were either kicked to the kerb or just simply ignored when Tom Soehn took over. More fan faves will leave before the year is out.

“There was a long hard time when I kept far from me the remembrance of what I had thrown away when I was quite ignorant of its worth.” (“Great Expectations”) 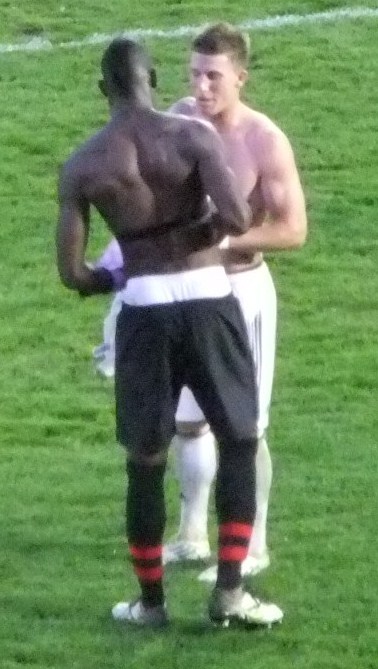 Wes Knight was treated most disgustingly, with the ultimate kick in the teeth for the player and the unhappy fans being when the club gave his still warm number 8 jersey to Peter Vagenas, for no apparent reason whatsoever at that late stage of the season.

If that was two fingers up to the fans, then it was joined by a huge middle finger at the weekend when Soehn didn’t just ignore the fans Twitter campaign to get Philippe Davies some playing time, he dropped the player from the gameday eighteen altogether.

“In a word, I was too cowardly to do what I knew to be right, as I had been too cowardly to avoid doing what I knew to be wrong.” (“Great Expectations”)
Mouloud Akloul was the player though that gave us a mystery of Edwin Drood proportions, when he seemed to just disappear off the face of the Whitecaps planet. All Soehn kept saying was that he was still on the Caps books, but his release was eventually announced. All was revealed last week when Akloul told MLS France, what AFTN had always suspected. Soehn was a prize twat and he had had a bust up with him.

I miss our crazy Frenchman, but at least we have two great goals to remember his Whitecaps career by and last season’s hilarious Timber Joey piss-take.

Unfortunately we are still stuck with Tommy Soehn. At least for now. We still live in hope.

With Soehn moving back upstairs to continue his reign of pain, there is at least some hope on the horizon, from the great Scot, Martin Rennie.

“The time will come, the time will not be long in coming, when new ties will be formed about you–ties that will bind you yet more tenderly and strongly to the home you so adorn–the dearest ties that will ever grace and gladden you.”
(“A Tale of Two Cities”)
We don’t want to heap too much pressure on Rennie, but with his track record of building attack minded teams that also have a heavy emphasis on defence, we expect nothing less than a playoff spot!

No pressure then for my fellow countryman. 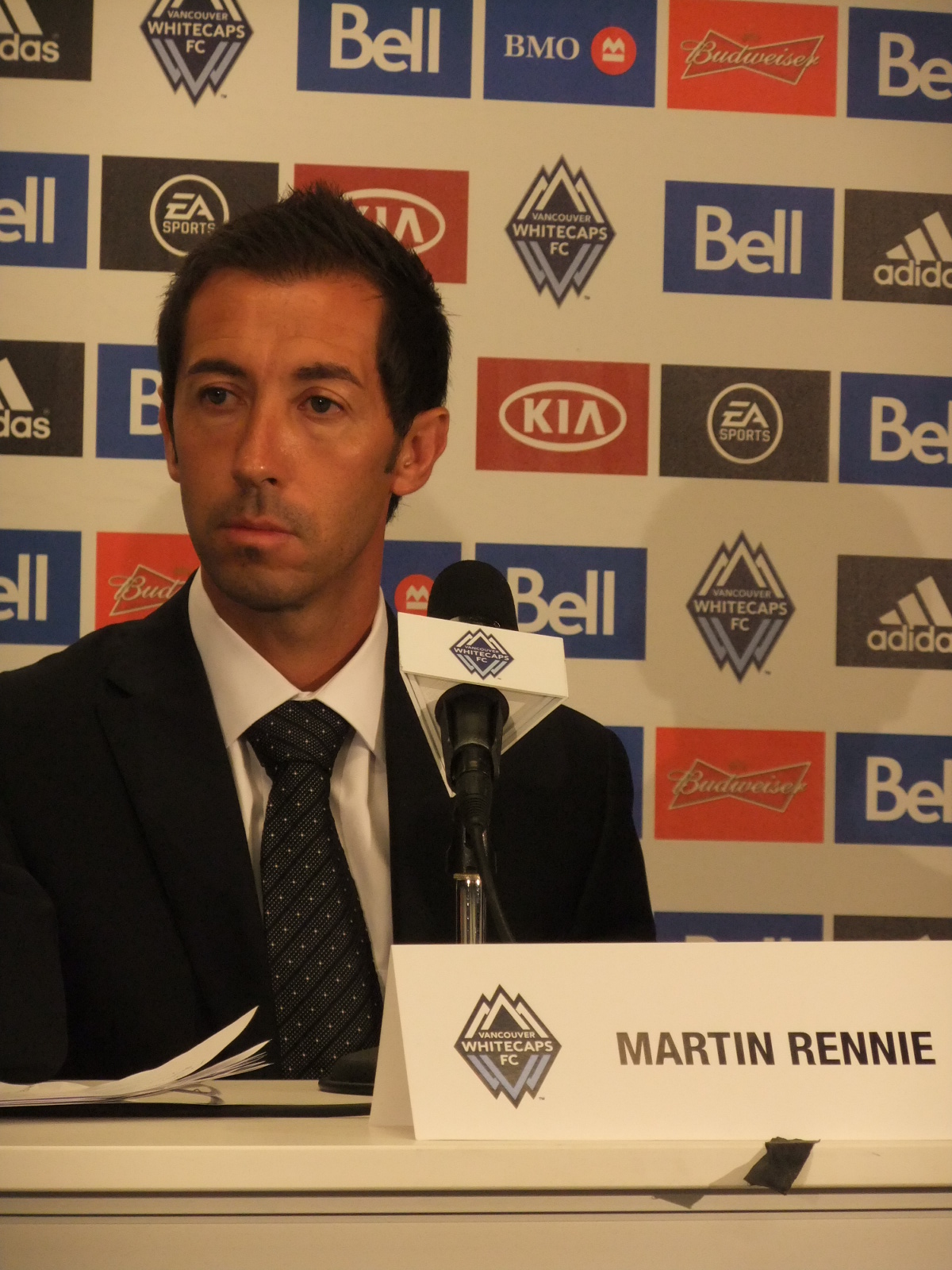 He’s coming to us on the back of a horrible late season slump for his Carolina Railhawks.

Tainted by the hand of Soehn? We hope not and we hope that he’ll bounce back quickly.

He has a big job ahead of him but he has a good core of around 10-12 players that he can build around. He likes to build teams from a strong defensive footing and boy, are we badly needing that right now.

I have confidence in him to do the job, if he is left to do it in his own ways.

“The most important thing in life is to stop saying ‘I wish’ and start saying ‘I will.’ Consider nothing impossible, then treat possibilities as probabilities.”
(“David Copperfield”)
I think what Dickens was trying to say above was “I Believe”.

I Believe That We Will Win.

And despite this seasons letdowns and disappointments, I truly believe that we will be doing just that under Martin Rennie’s Vancouver Whitecaps.

It’s been a long season, but the hard work is only just starting.