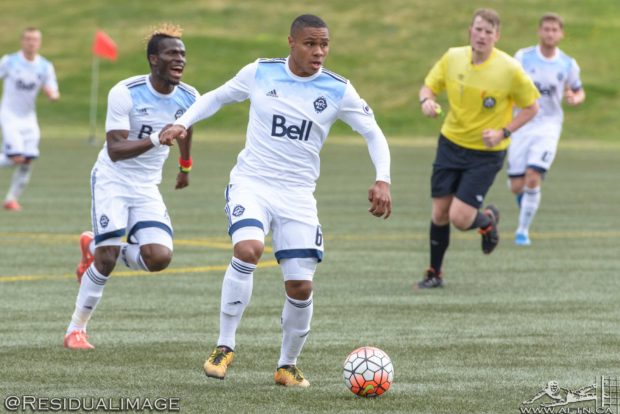 It’s been a great footballing year for Vancouver Whitecaps forward Terran Campbell. One he hopes to round off on Saturday evening by lifting a USSDA national championship with the ‘Caps U18s.

A year ago, Campbell, and the rest of his Whitecaps U16 teammates, were on the wrong end of a heartbreaking penalty shootout loss in the USSDA quarter-finals. Campbell had impressed in the ‘Caps playoff run, and throughout the whole Residency season, banging in 13 goals on the year and splitting his time between the U16 and U18 sides.

His reward was an academy call-up to WFC2 at the end of July, making a substitute appearance in the 3-0 win at Tulsa. A full USL contract was then signed at the end of August.

Still only 17-years-old, Campbell has made five substitute appearances for WFC2 so far this season, with the decision made to keep the winger with the Residency program for the bulk of this year.

It’s proved to be an excellent decision and Campbell has had a stellar year for the Whitecaps U18s, finishing the regular season as their top scorer and adding another four in the playoffs so far.

“Terran’s had a fantastic, particularly second half of the season,” U18s head coach Rich Fagan told AFTN. “17 goals on the year and he’s up at 21 now with the playoffs, and assists all the time. And the minutes that he’s logged. He’s probably logged the most minutes, maybe apart from the odd defender, but definitely in terms of the midfielders and forwards, he’s logged the most minutes. He’s been very strong for us.”

Campbell’s naturally been delighted with his performance this season, but knows the tough work that still lies ahead for him to make the jump to the next level.

His game’s improving all the time, and with another season of eligibility in the ‘Caps Residency program mixed in with USL minutes, it should continue to do so.

“I think my season’s gone really well,” Campbell told AFTN. “With my development, getting involved in all the games, getting my touches right, doing things well and it’s showing with me scoring goals and getting call ups with the USL.” 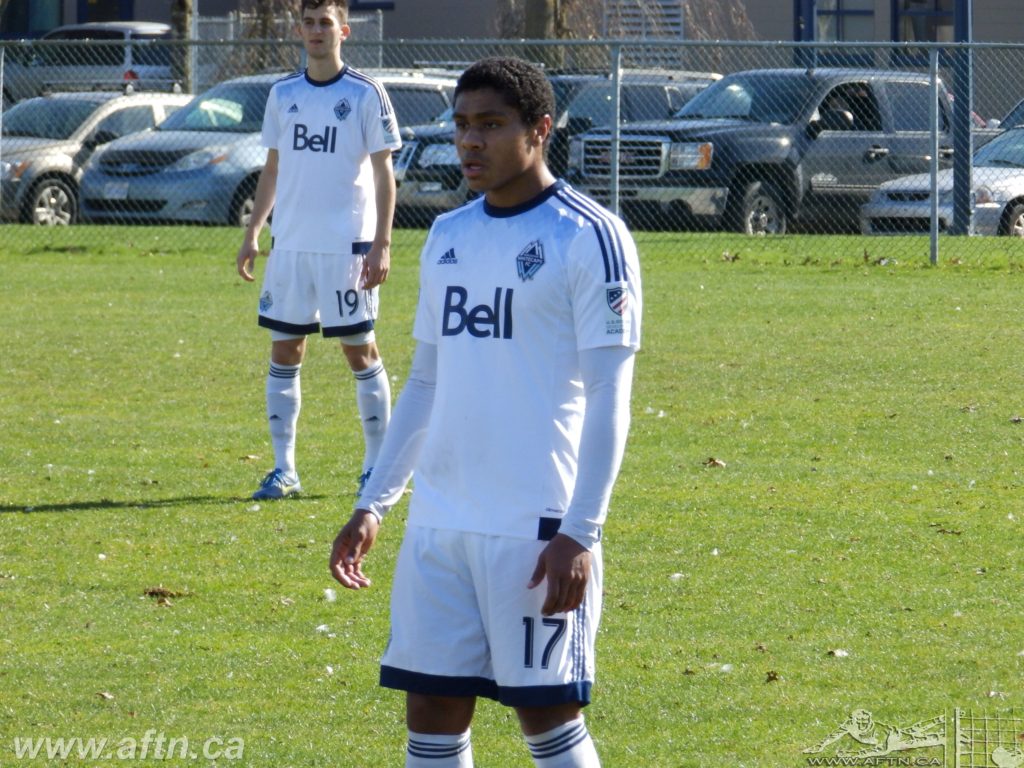 A spell of full time training with the USL side over the summer will also be key to his continued development. Campbell, like a number of the other young USL guys, was still attending high school this year. With WFC2 training in the morning, that meant training in the afternoons with the U18 side. With summer now here, that will let Campbell get more embedded with the USL group.

“I train mostly with the Residency, but school’s just finished for me,” Campbell told us. “So I’m going to be full time with the USL team now.

“It’s helped me with my speed of play, it’s a lot faster. The physical side of it is a lot better. The same with the mental side.”

For now though, Campbell’s focus is very much on the U18s and their quest to become the first Whitecaps Residency side to lift a national USSDA Championship.

Having been a part of the ‘Caps U16 side that agonisingly crashed out at the quarter-final stage the past two years, Campbell was delighted to finally get a stage further and head to the Final Four with the U18s 5-3 triumph over Sacramento Republic last week. And the team drew on those previous experiences for this year’s campaign.

“We were really good on our attacking transition,” Campbell said of the quarter-final win. “I was lucky to score a nice goal at the end there.

“We’d been through this two times now, and we know what it’s like [to lose]. We just kept our heads up, kept playing and we didn’t let it happen this time.”

The ‘Caps take on the New Jersey based Players Development Academy in tonight’s semi-final clash in LA (kick off 6pm PT), with a place in the Saturday’s championship game on the line.

This U18 group has been together for a number of years now, with many of the guys starting off in the pre-Residency program together. That’s given them a strong bond and a family unit feel to the group.

That group will now be splitting up and going their separate ways, leaving them with an overriding feeling of wanting to make sure the go out together with a bang.

“We spoke about that a lot,” Fagan admitted. “A big motivation for them is not wanting it to end. There’s guys that are going on to play professionally, there’s guys that are going on to university. This is really their last kick at the can together. There’s a lot of sentiment around the group in that sense, so I think that’s been really good for them. It’s been extra motivation.”

And that’s a sentiment fully echoed by Campbell.

“It would be amazing,” Campbell said of going out together with a championship. “We’ve been together over three years. The same group of guys. It would mean a lot to us with us all going away to a lot of different places.

“[I just want to] do whatever I can to win it all. I’ve been here five years and this is my last year here [with a lot of these guys], so I want to give everything I can.” 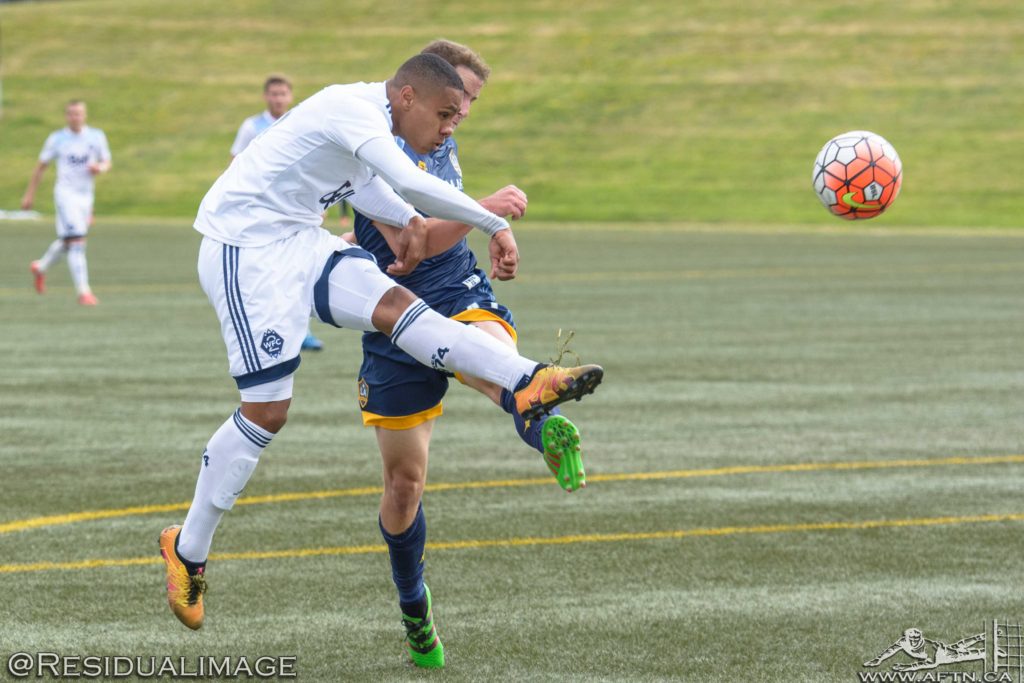