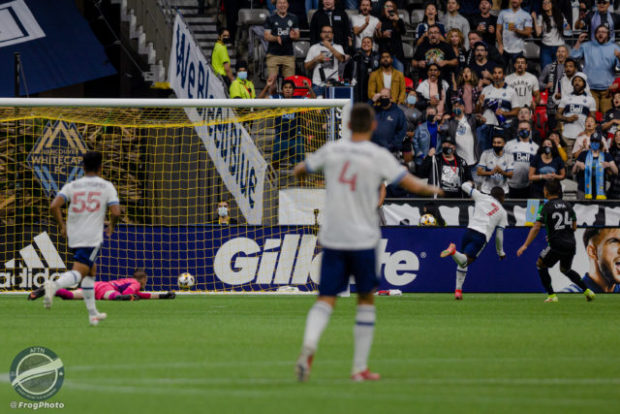 I’m sure Vancouver Whitecaps would rather be known as the first half destroyers than the second half comeback kings, but things are what they are and that’s the tag you can hang on the ‘Caps this season, as they once again put a poor first 45 minutes behind them to storm back and see of the challenge of Austin FC with a 2-1 victory at BC Place on a soggy Saturday afternoon.

Sebastian Driussi’s goal for Austin on the stroke of half time saw the visitors head into the break with a 1-0 lead, the 11th time the Whitecaps had trailed at the half this season. But in an all too familiar story now, Vancouver came roaring back looking like a different team after the restart, and goals from Erik Godoy and Deiber Caicedo gave them the 2-1 victory and a massive three points in the race for the playoffs.

AFTN photographers Tom (@ResidualImage) and Caroline (@FrogPhoto) were there to capture the action before, during, and after the game. There’s some fantastic photos in the gallery. Here’s his “Story In Pictures”, with a full Flickr slideshow at the end. 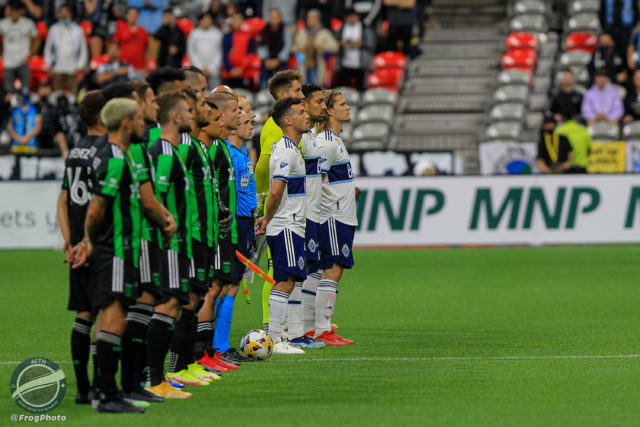 The teams are ready for battle 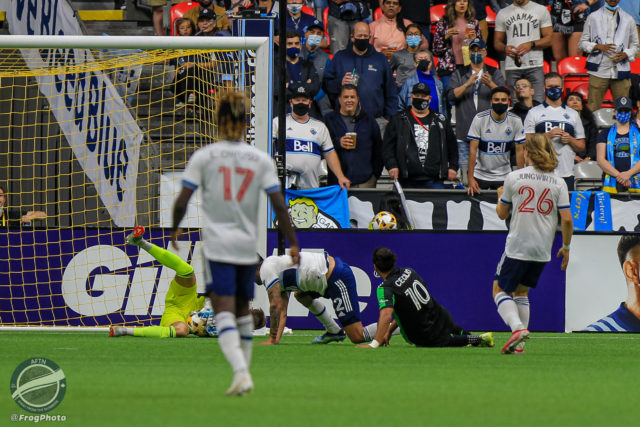 But Austin look the livelier from the get go, creating a couple of chances 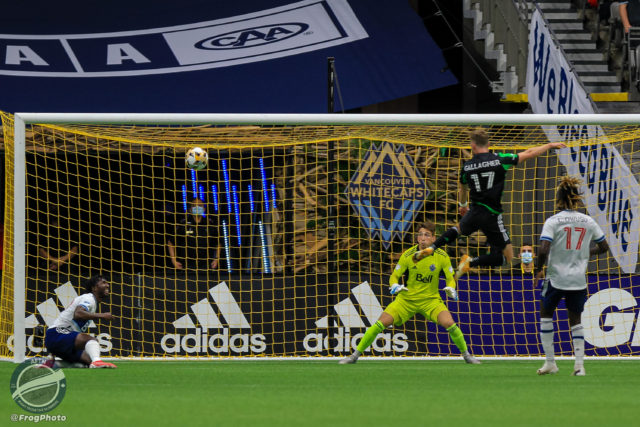 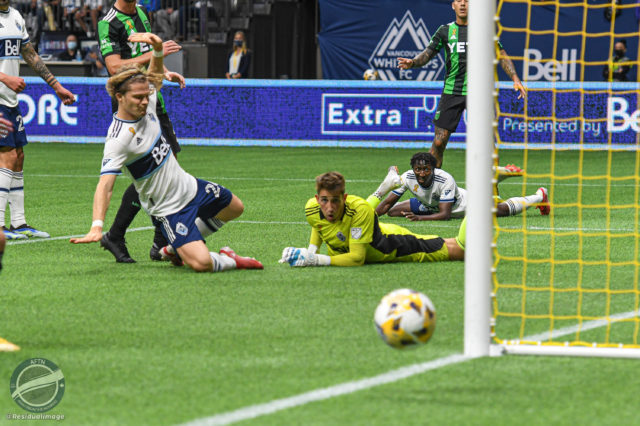 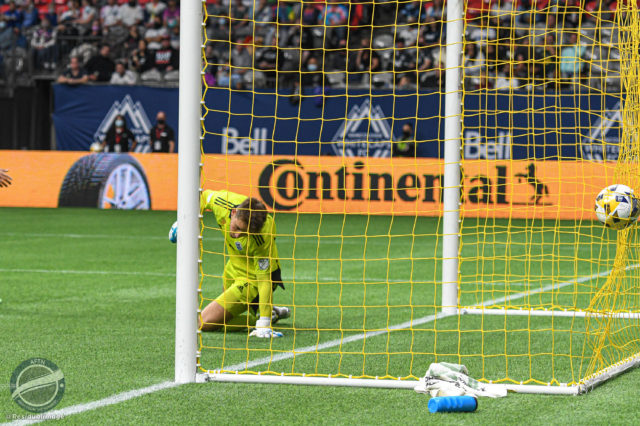 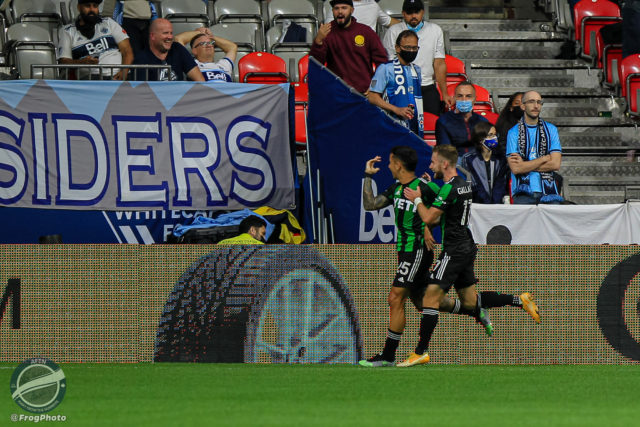 To give the visitors a deserved 1-0 half time lead 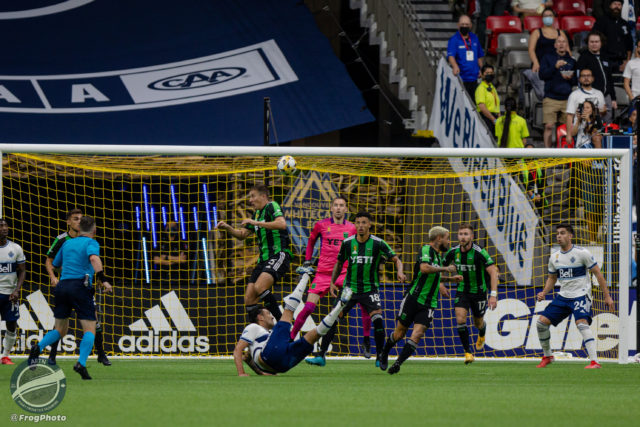 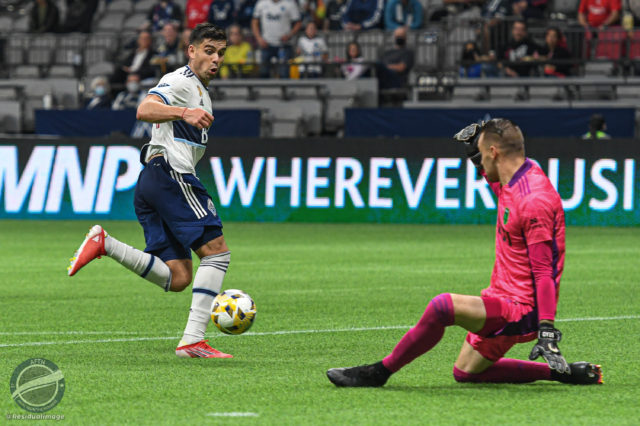 Then Brian White runs through on goal 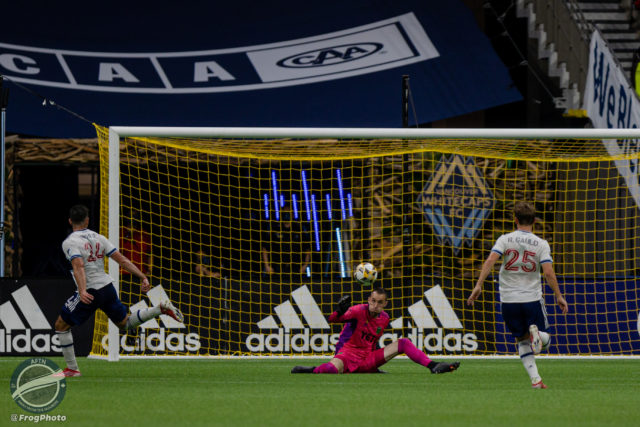 Only to be denied by Austin keeper Brad Stuver 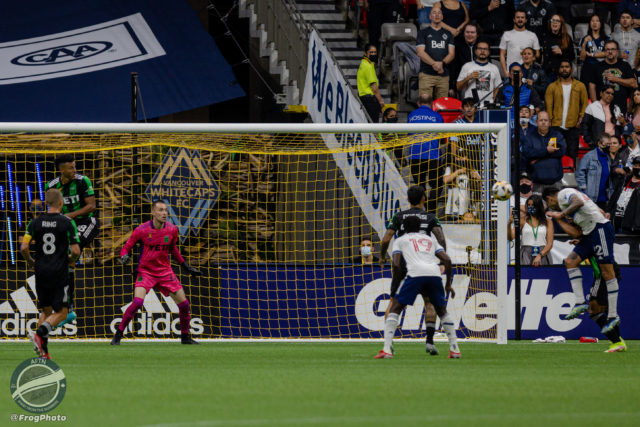 But there’s no denying Erik Godoy in the 70th minute 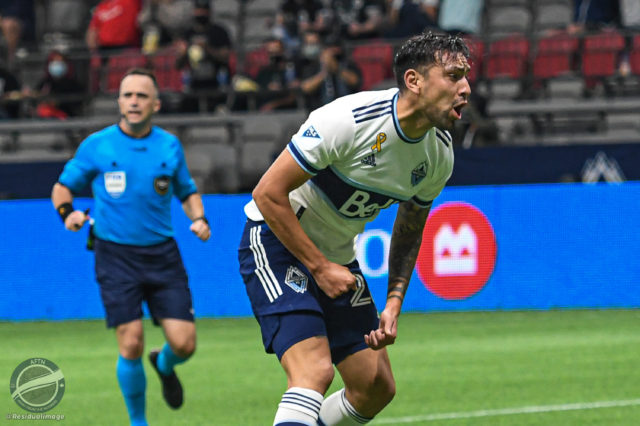 As he heads home a Cristian Dajome cross 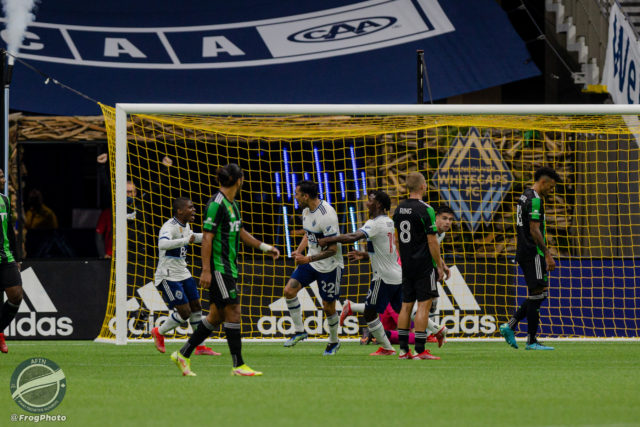 To tie things up at one apiece, with all to play for 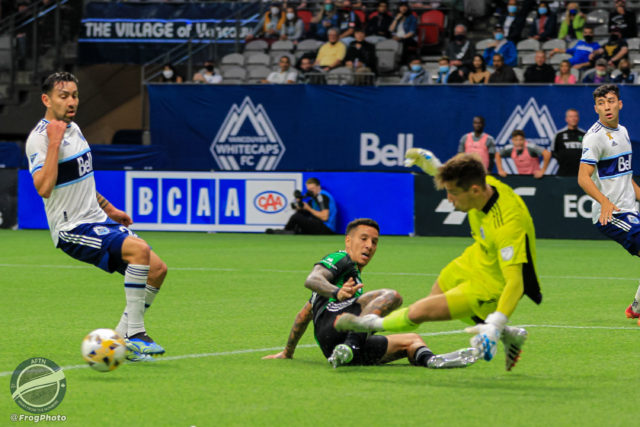 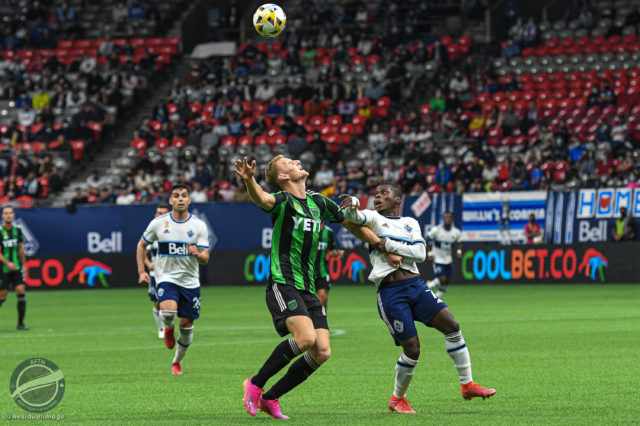 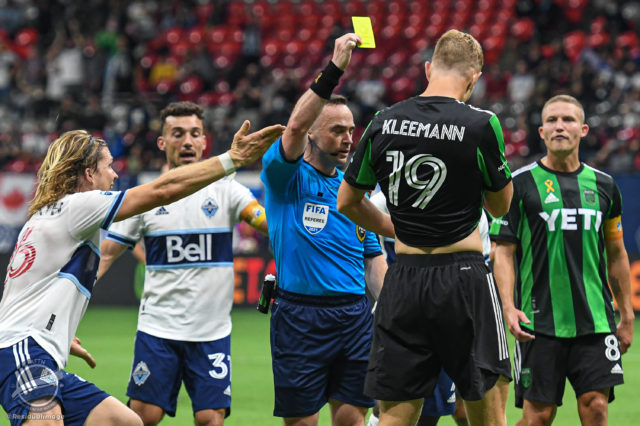 The Whitecaps are furious and wanting a DOGSO red, but it’s just a yellow for Kleemann, who was having a torrid time after coming on as a sub 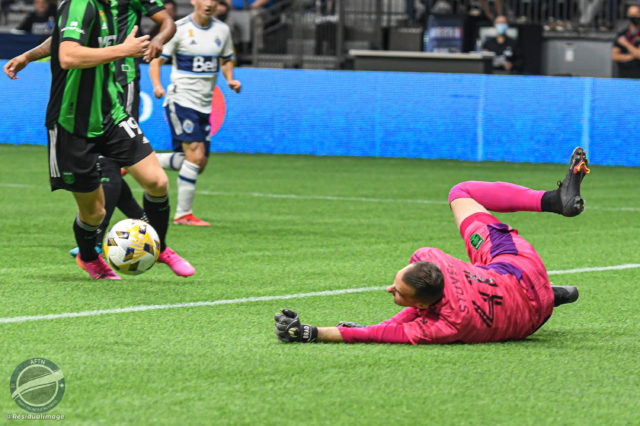 Vancouver are pressing for the winner and with seven minutes remaining, Brad Stuver can only parry a fierce Ryan Gauld strike 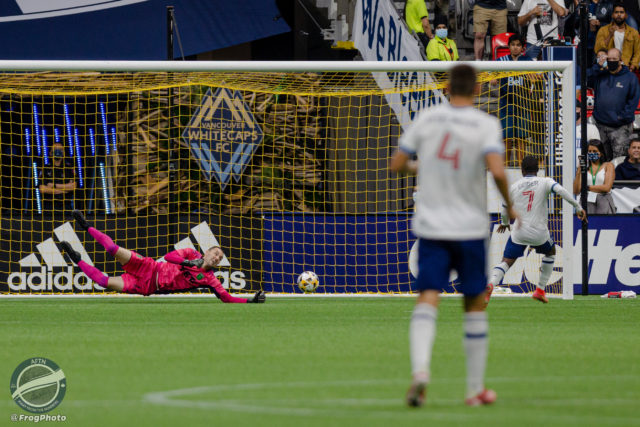 And the ball falls to Deiber Caicedo in front of goal 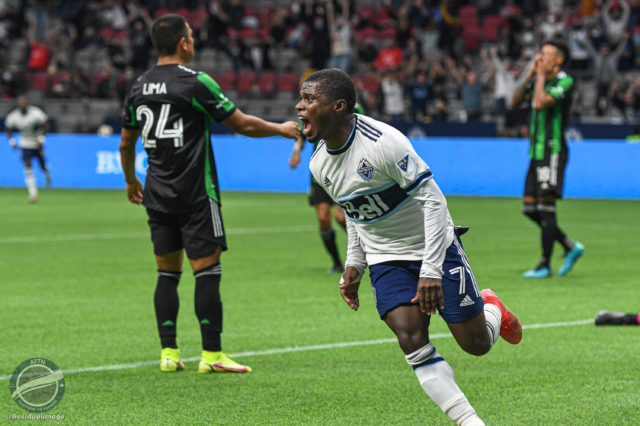 And he makes no mistake, firing home from close range, to give Vancouver a 2-1 lead they weren’t to give up 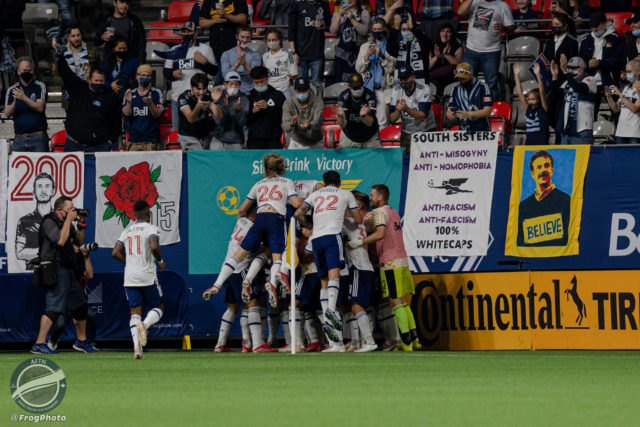 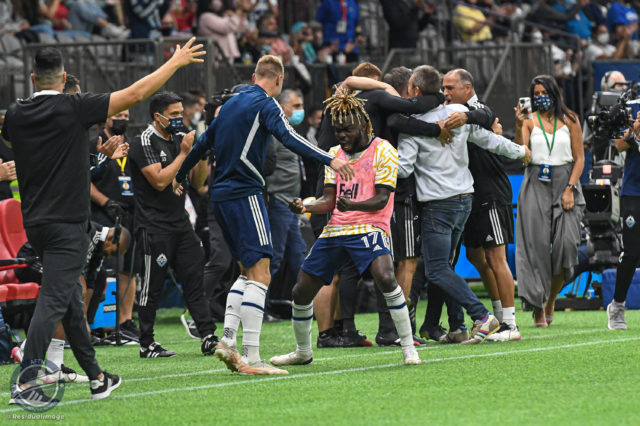 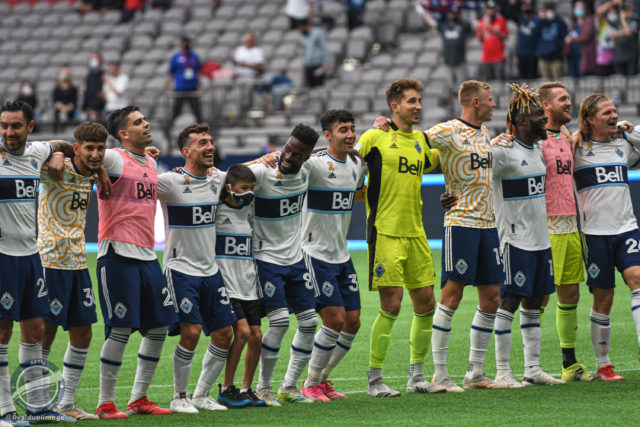 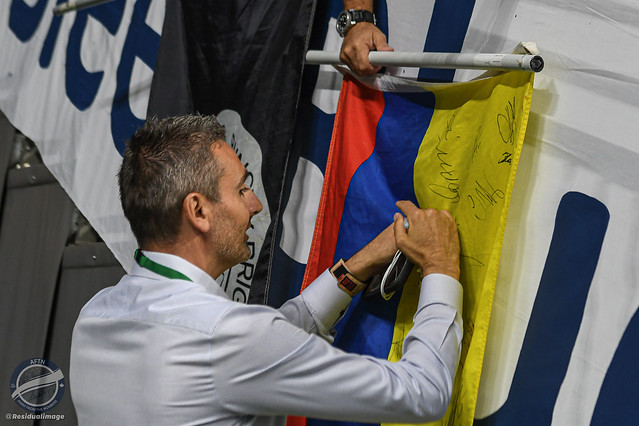