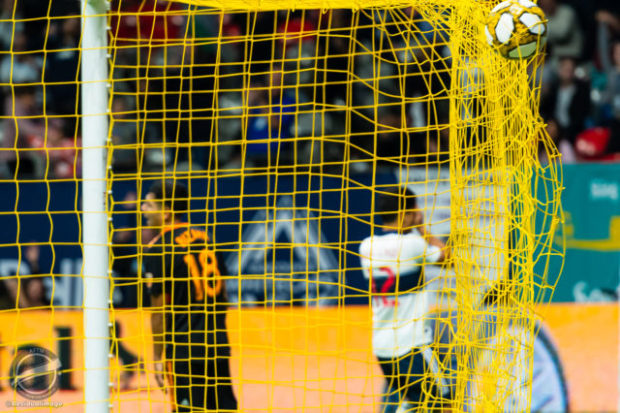 Vancouver Whitecaps’ 2-1 win over Houston Dynamo on Saturday night saw them beat the 2011 ‘Caps record for wins and points, so they’re officially not the worst ever Whitecaps team in the MLS era. I’m pleased for MDS’ sake as that’s a record you don’t want, but does it feel like a better team? For me, In terms of quality, probably, in terms of entertainment, nope.

But a win is a win and that’s what the Whitecaps got thanks to a second half penalty from Inbeom Hwang and a last minute winner from Fredy Montero. Mauro Manotas had capitalised on a spill from Zac MacMath to tie things up, but overall it was a much needed morale boosting win for the ‘Caps as they look to finish the season strong. 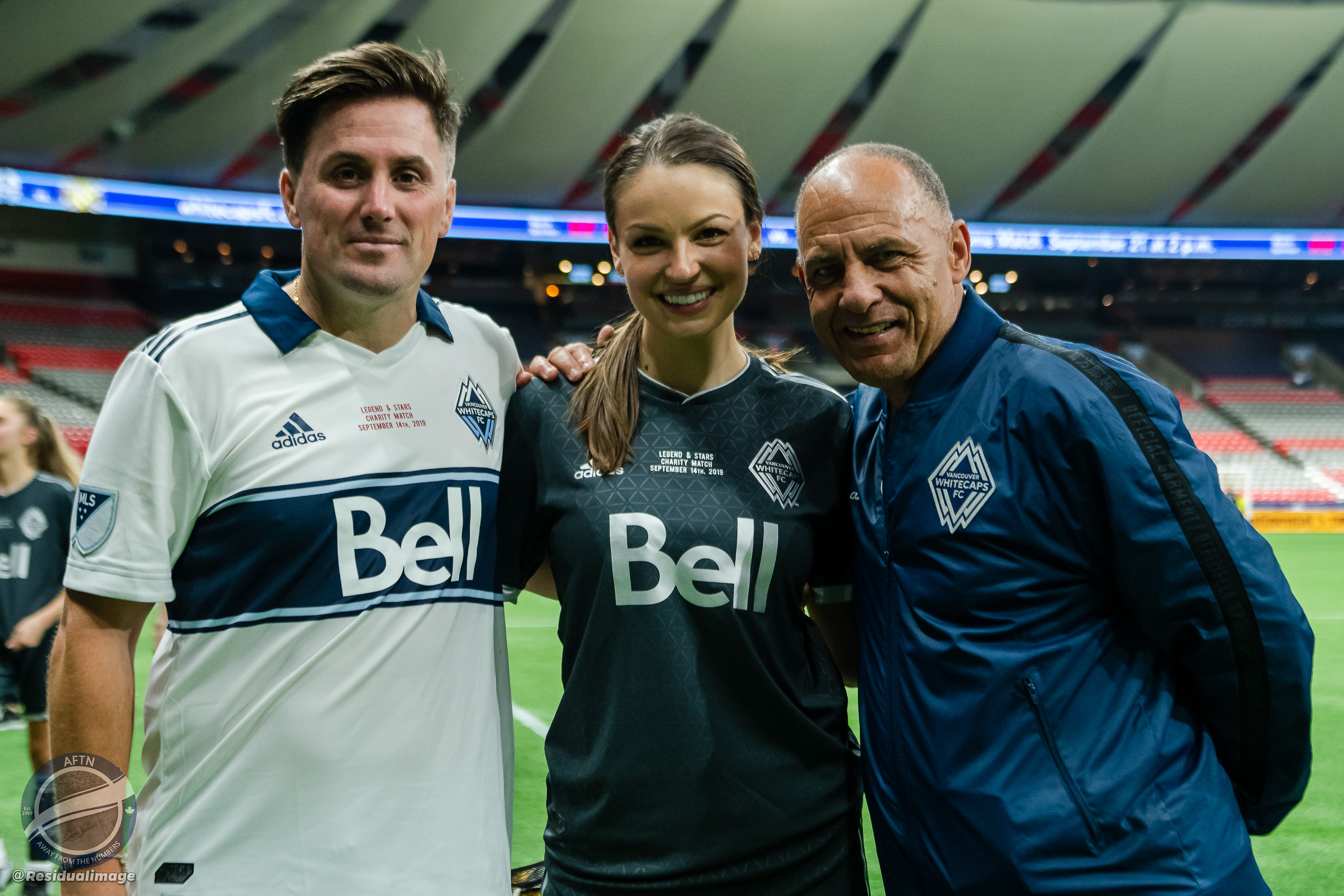 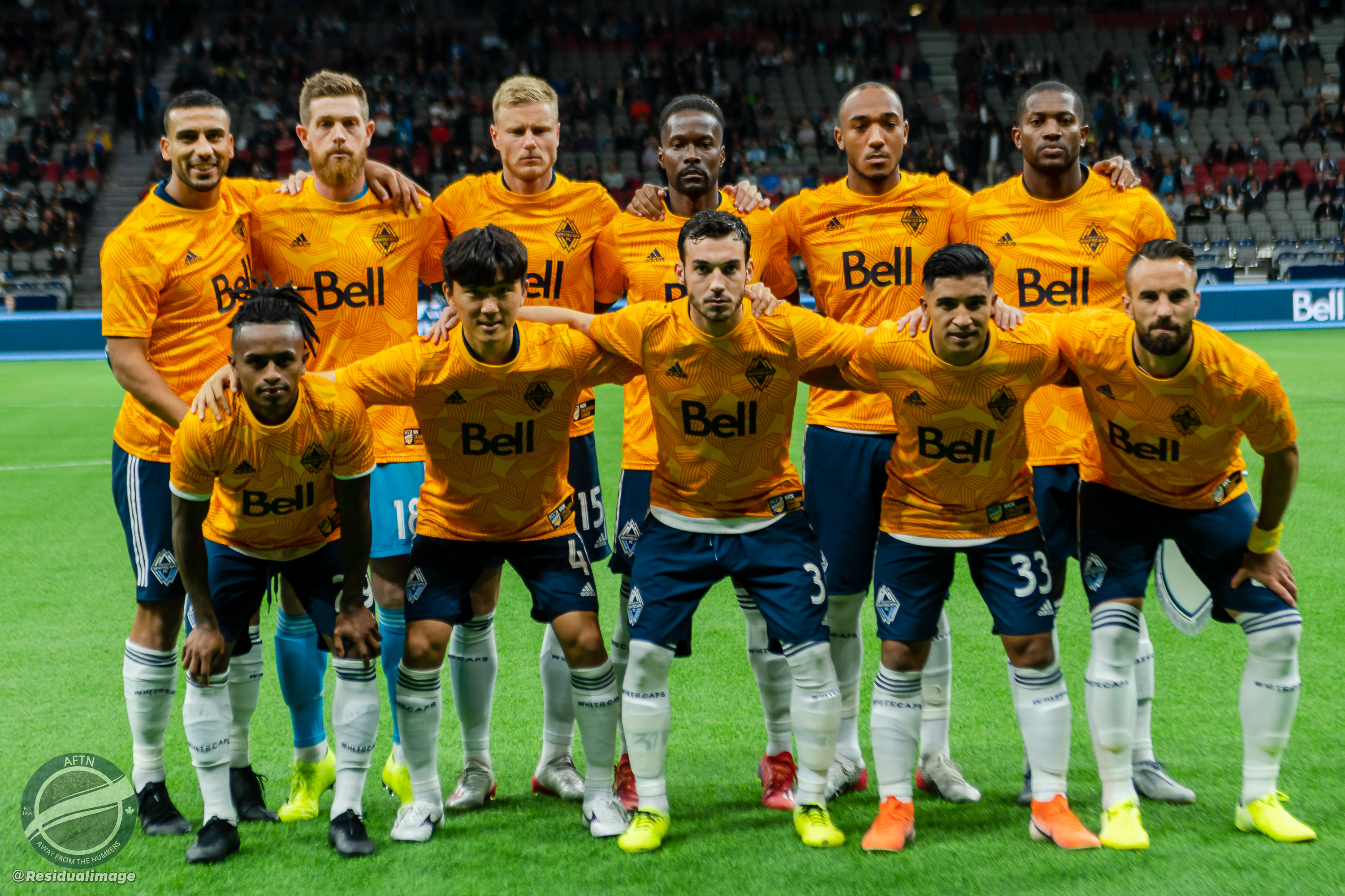 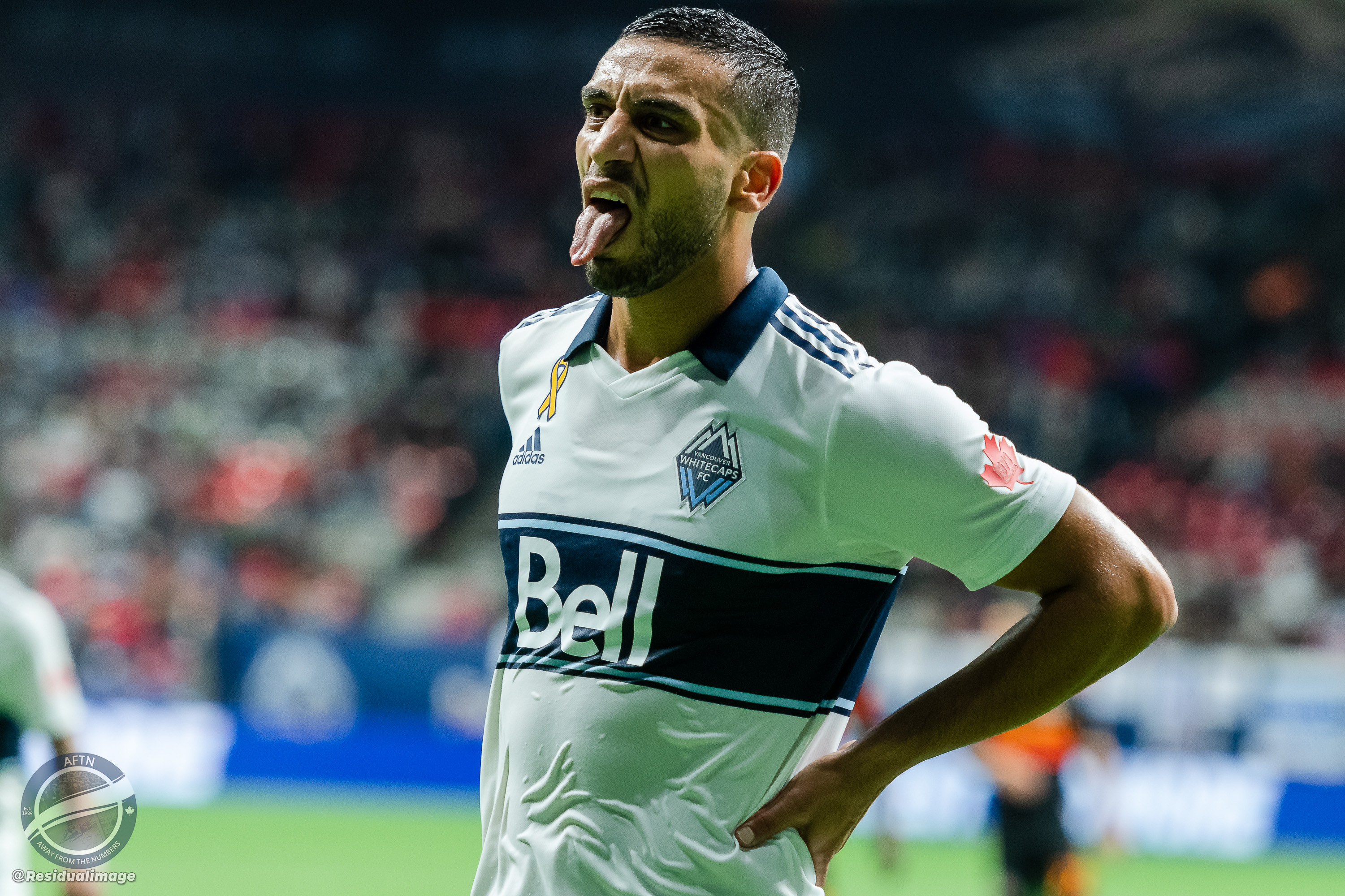 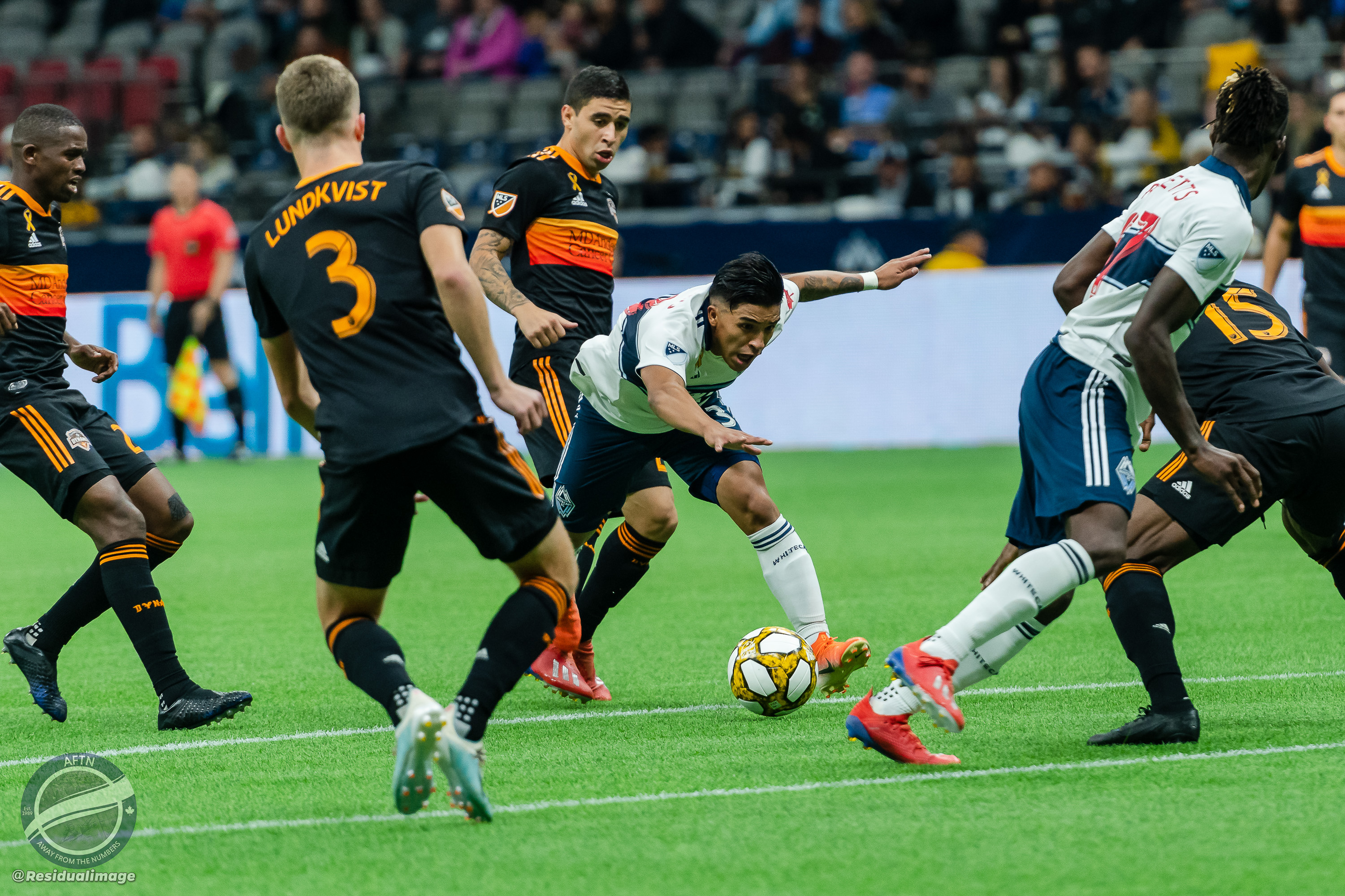 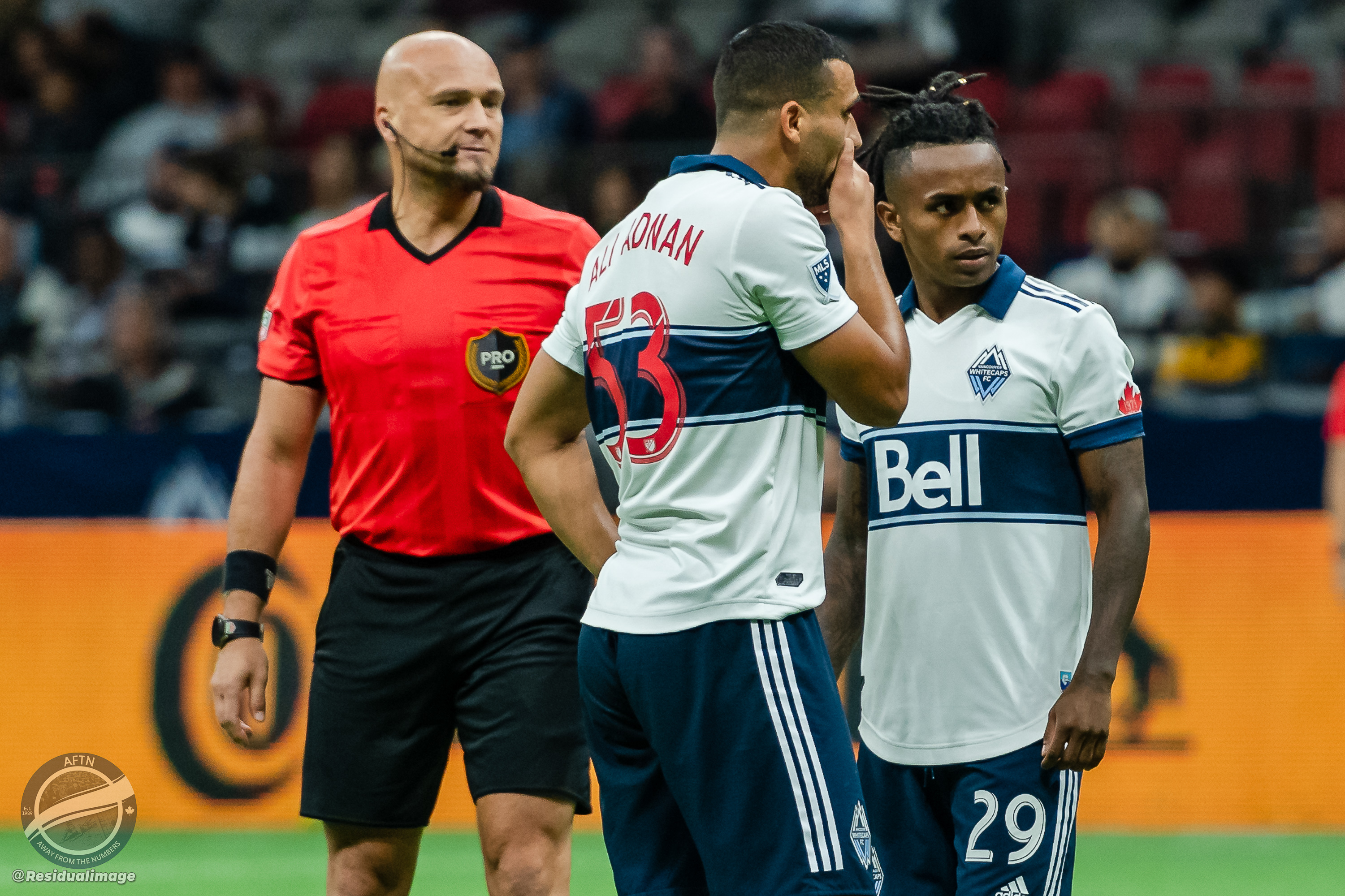 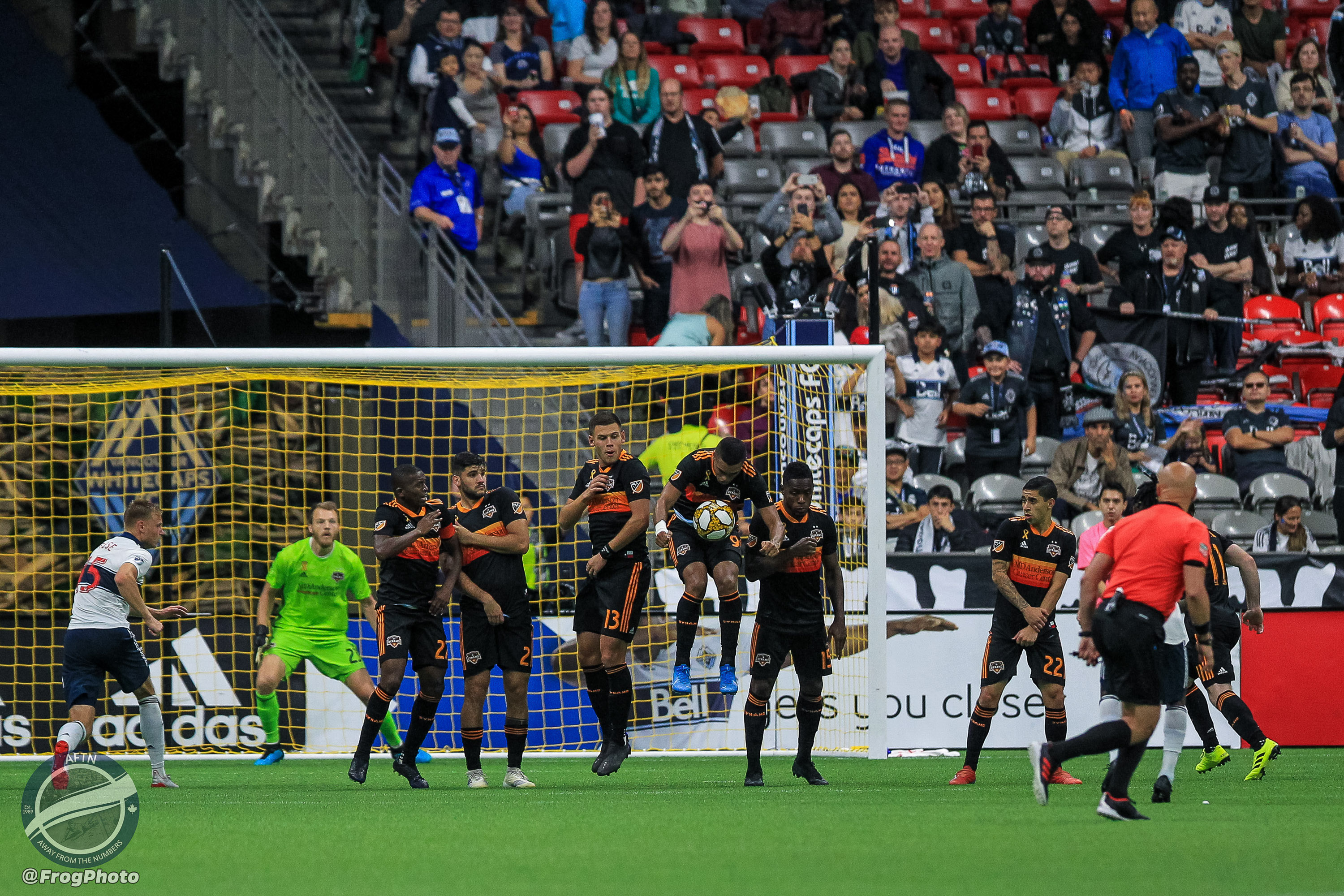 Whether the plan was to just hit the ball as hard as possible into a Houston player to force a handball I don’t know, but it worked! 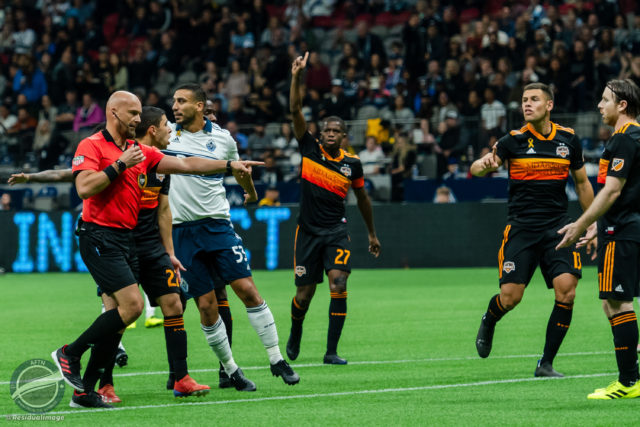 And referee Robert Sibiga pointed to the spot 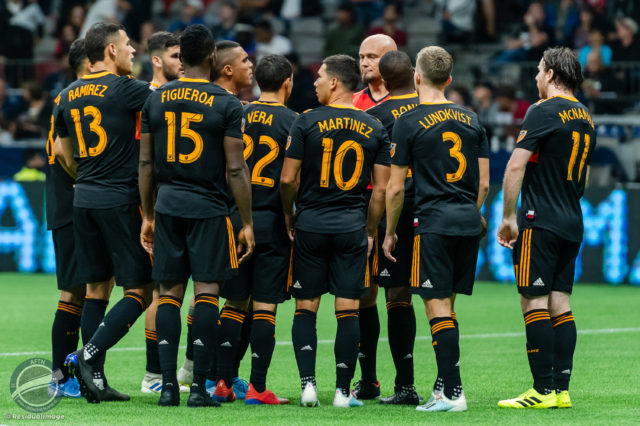 Much to Houston’s anger – mass confrontation fine anyone? 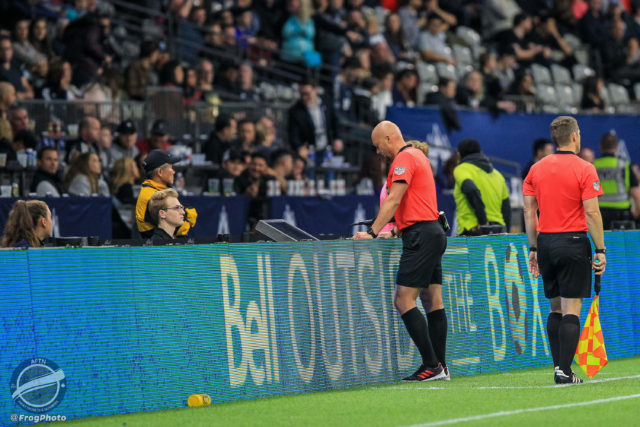 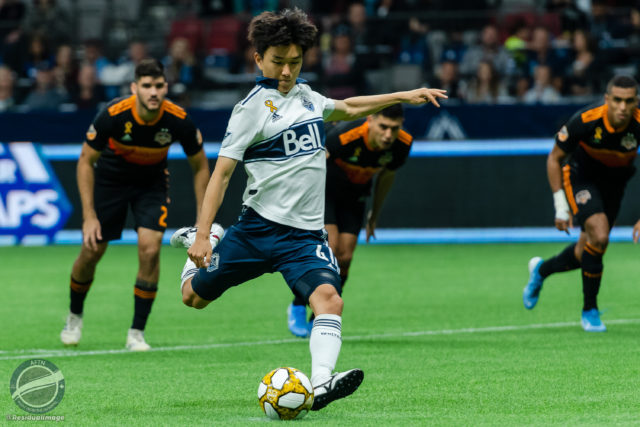 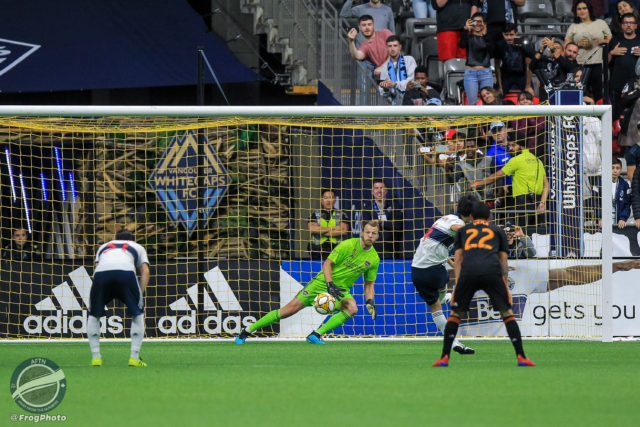 Who fired it home to give the ‘Caps the lead 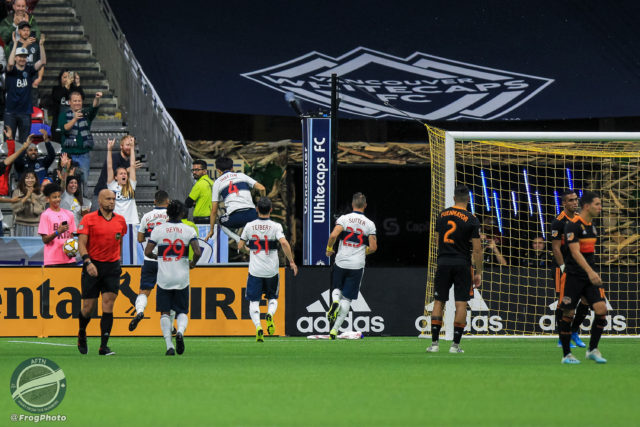 And over the boards Inbeom went to celebrate with the Southside 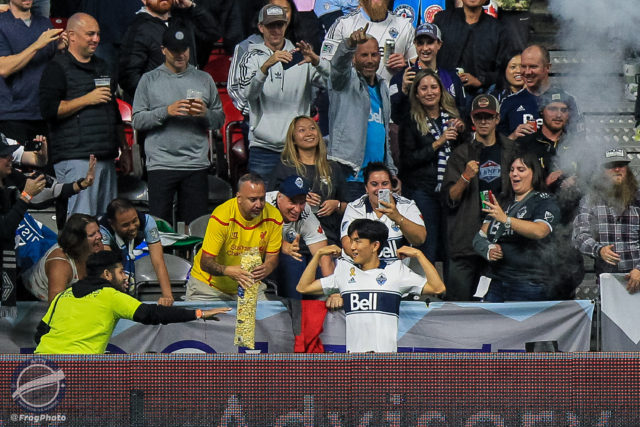 Picking up some popcorn but surprisingly not a yellow card 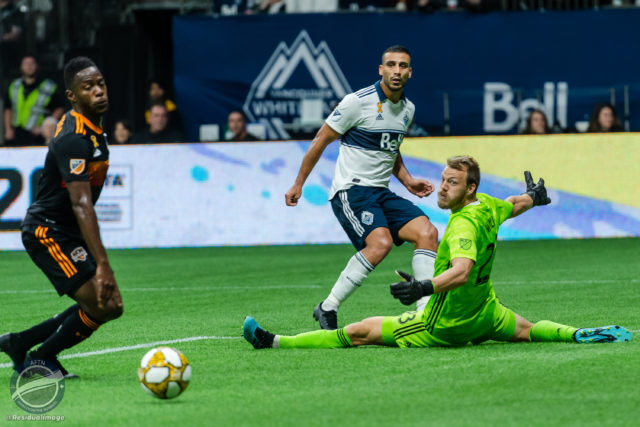 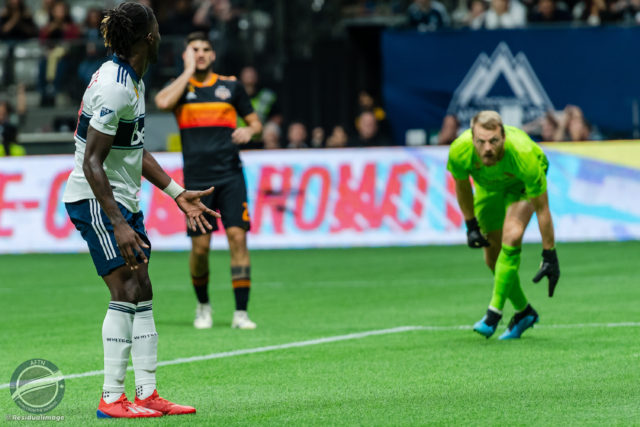 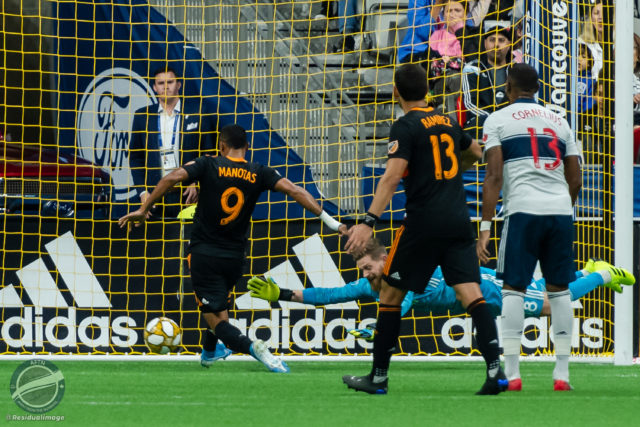 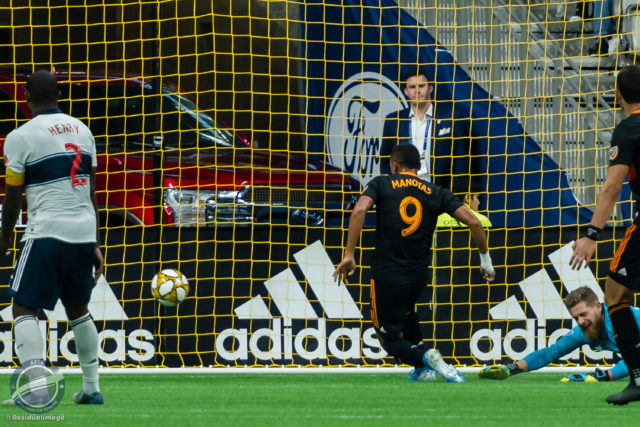 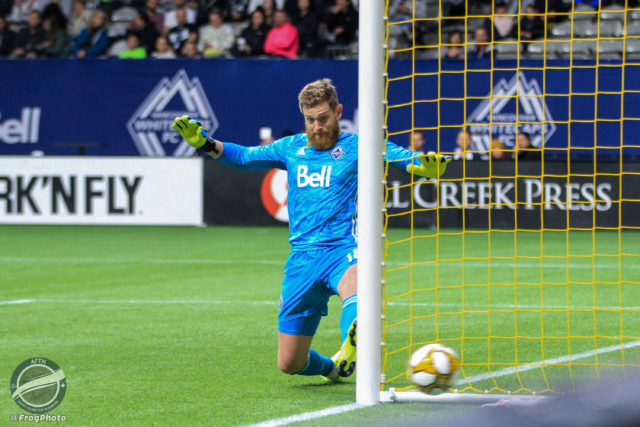 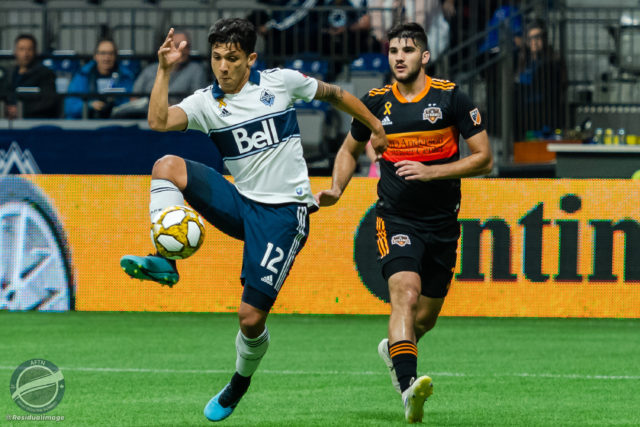 And in the last minute of normal time, Fredy Montero brought down a high pass from Theo Bair 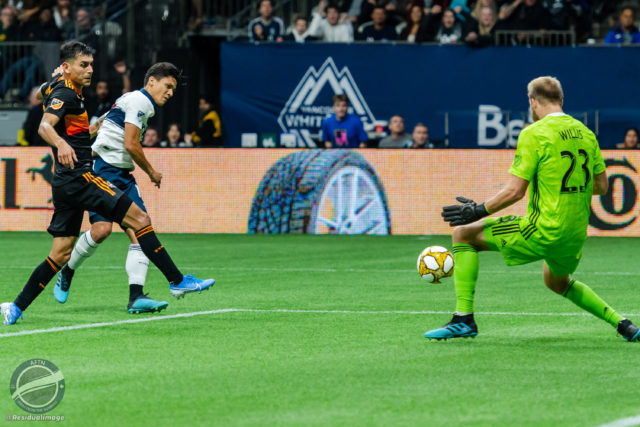 Firing the ball past Joe Willis 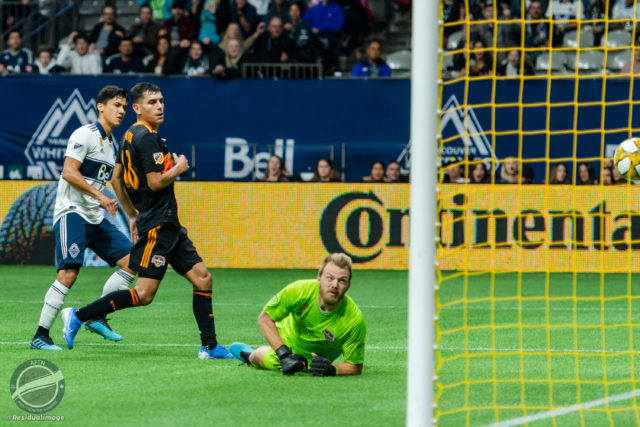 For his 7th of the season and the match winner 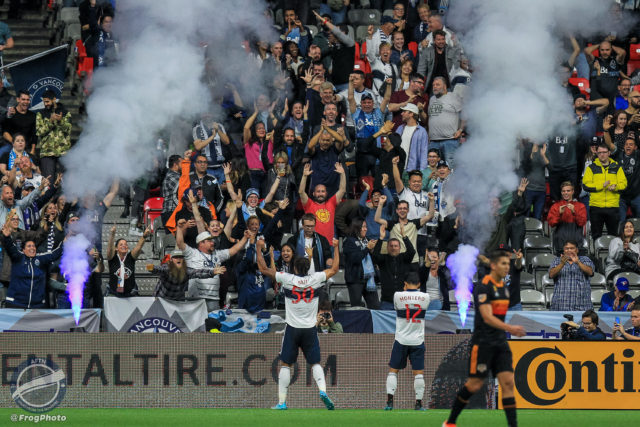 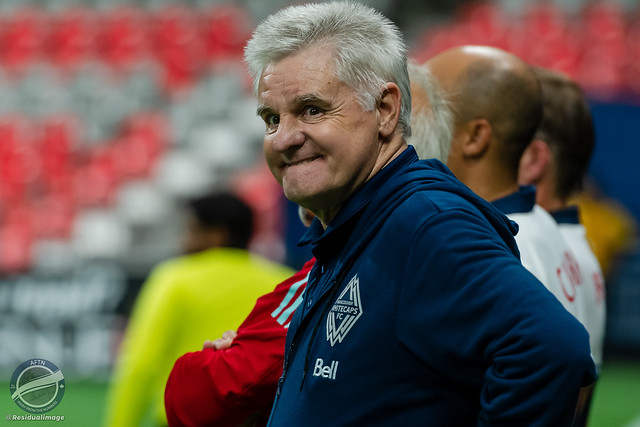