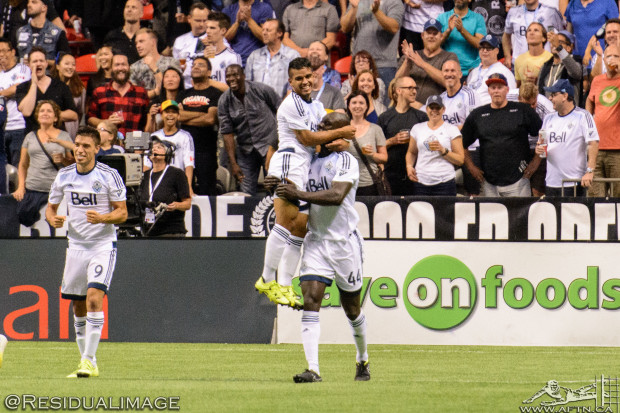 That was the shout at BC Place on Saturday night and the balls were certainly flying everywhere, but primarily into the RSL net.

Vancouver Whitecaps routed the visitors 4-0 thanks to first half goals from Octavio Rivero and a second half brace from Cristian Techera.

It was as comfortable a win as you’d expect over a struggling, understrength side, but we’ve all seen such scenarios go wrong before. And it was all done with the ‘Caps playing nowhere near their best.

If the ‘Caps ever become a team that actually take more of their chances then the rest of MLS will be left in their dust. For now, we can celebrate still leading the tight pack that is the Western Conference, with some much bigger tests to come.

AFTN photographer Tom Ewasiuk was there to capture all the action before, during and after the RSL game and here’s his “Story In Pictures”, with a full Flickr slideshow at the end. 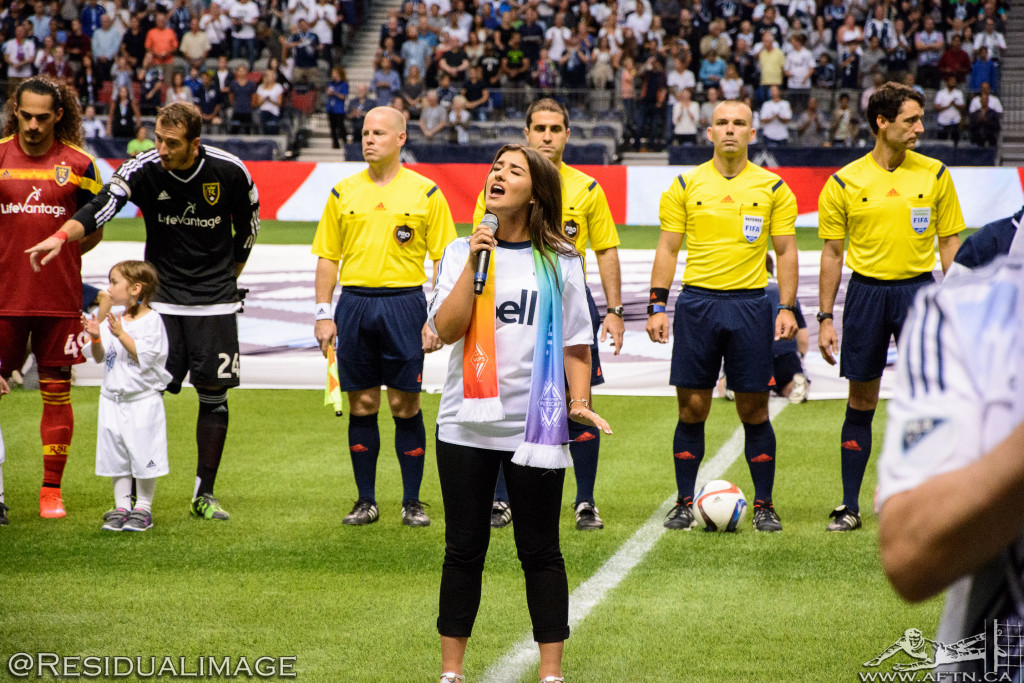 The longest national anthem renditions ever! 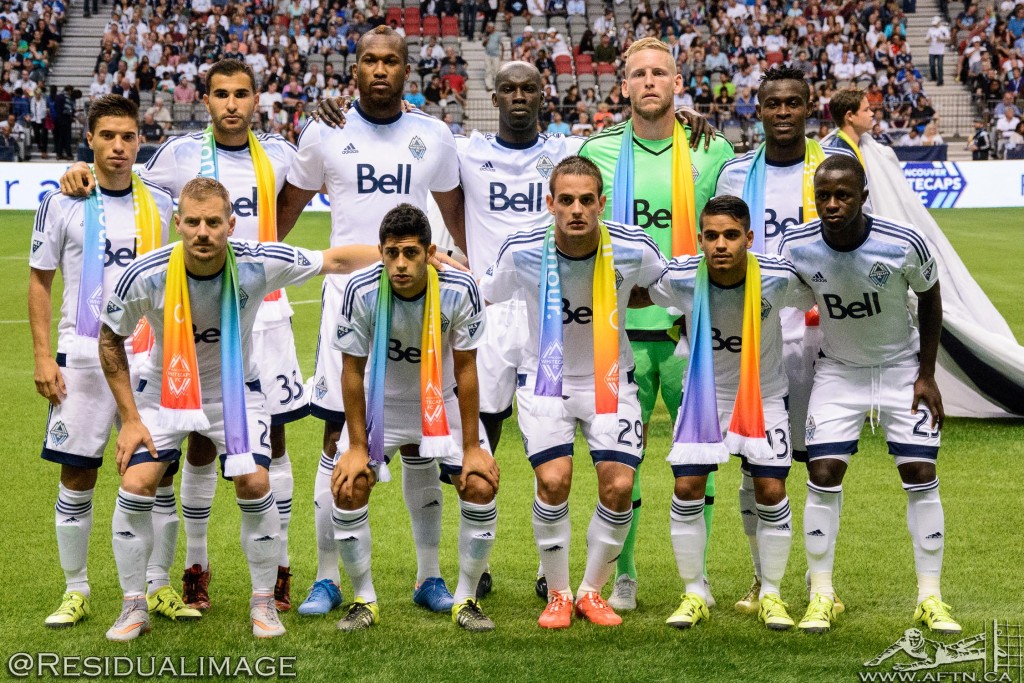 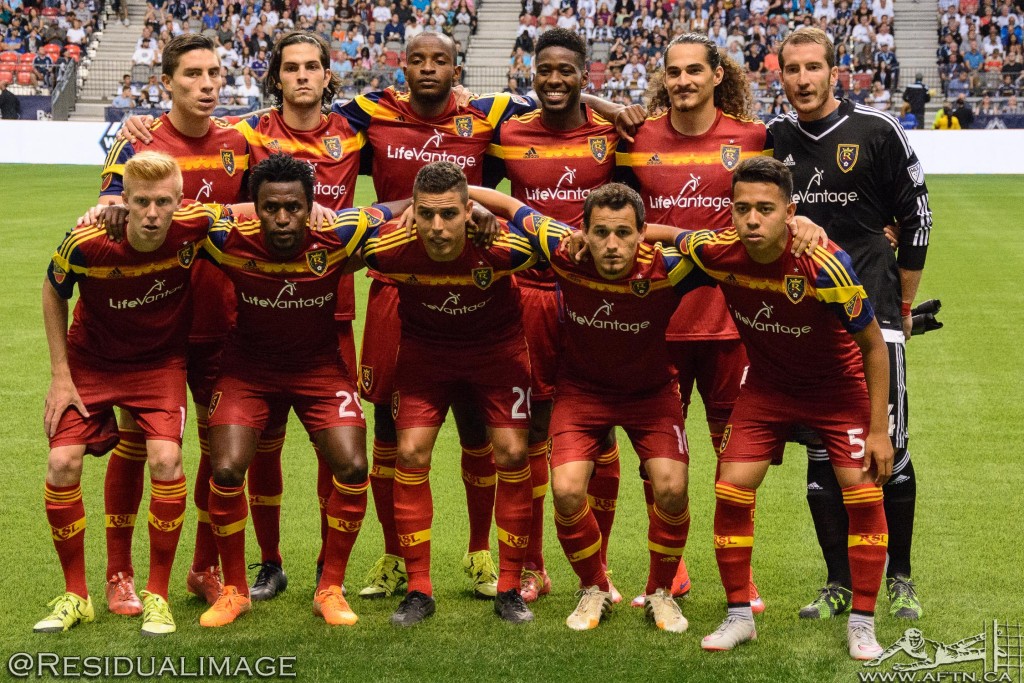 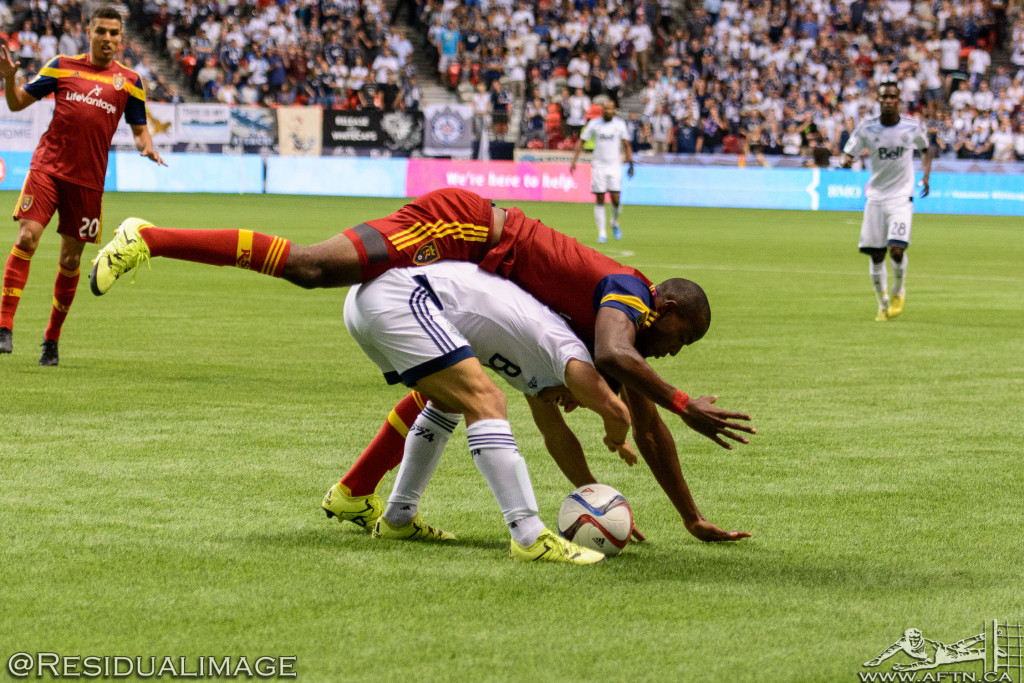 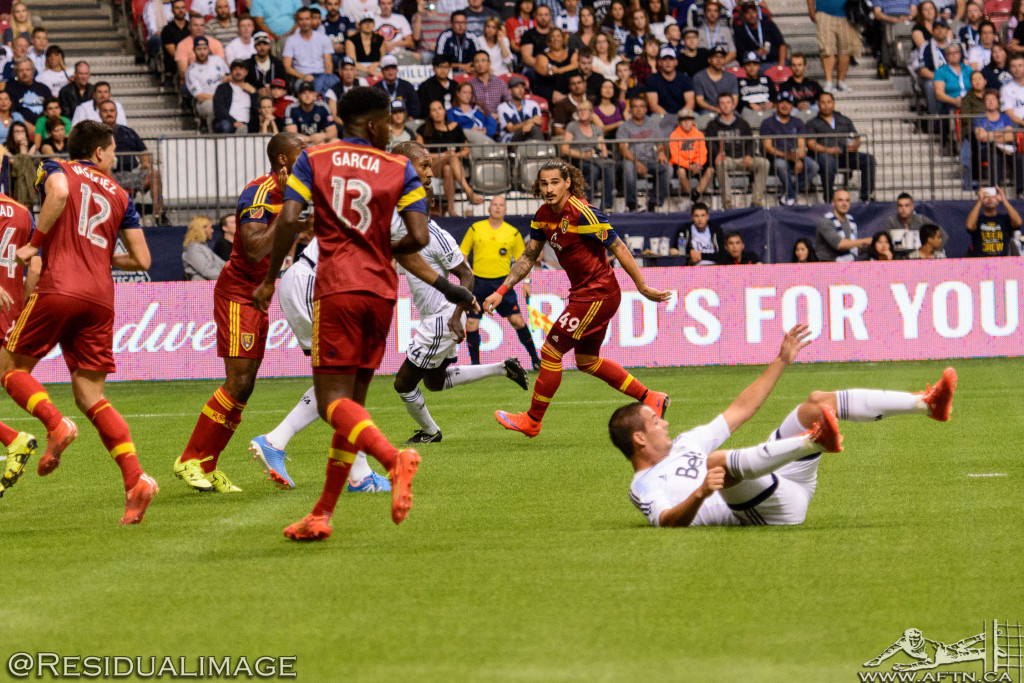 And down goes Rivero. Never a penalty, but hey, we’ll take it 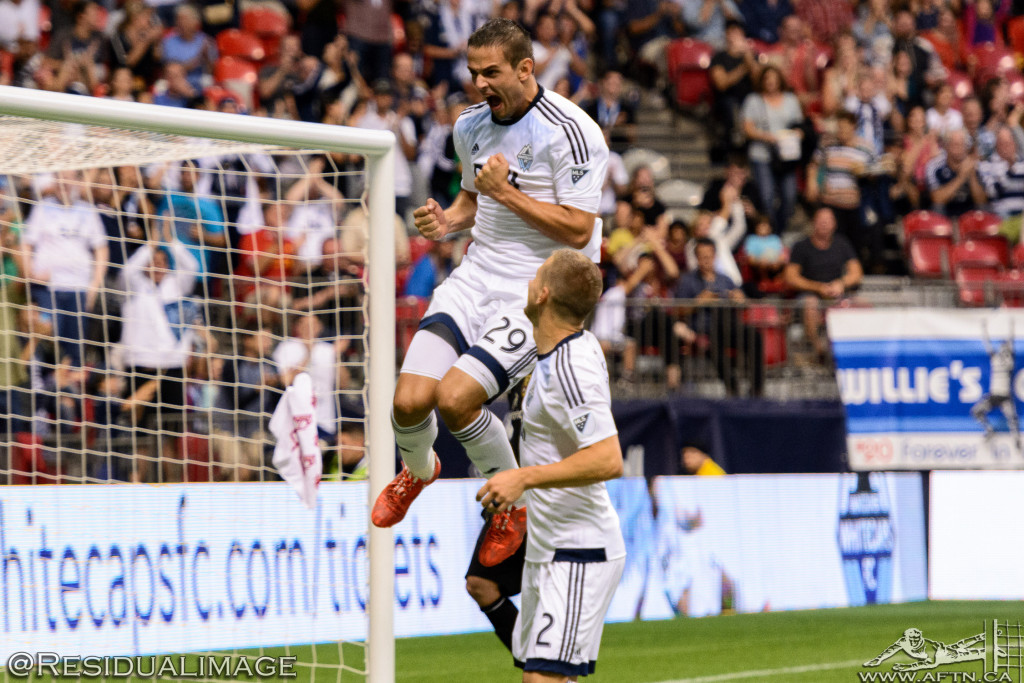 Rivero picks himself up, slots the penalty home and enjoys his ninth of the season 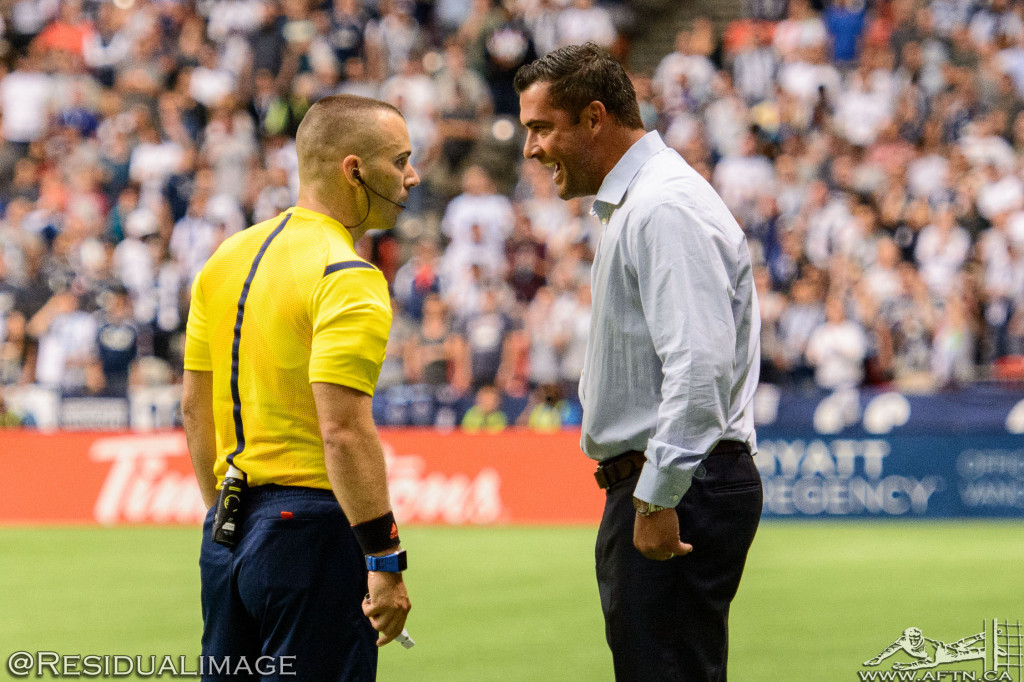 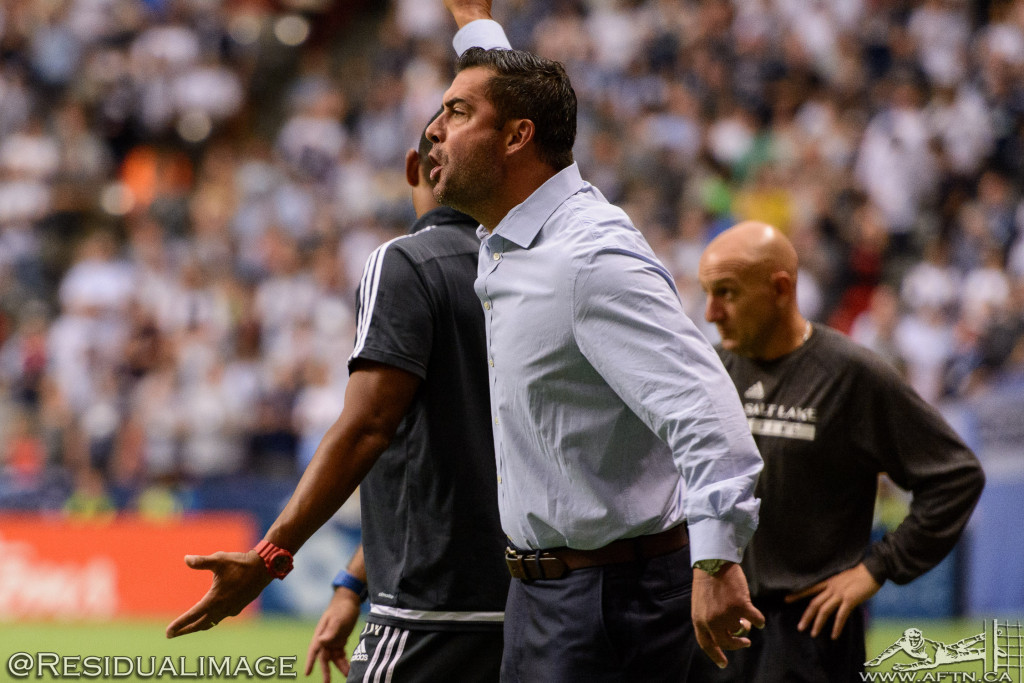 “No. You go” Cassar tells Penso 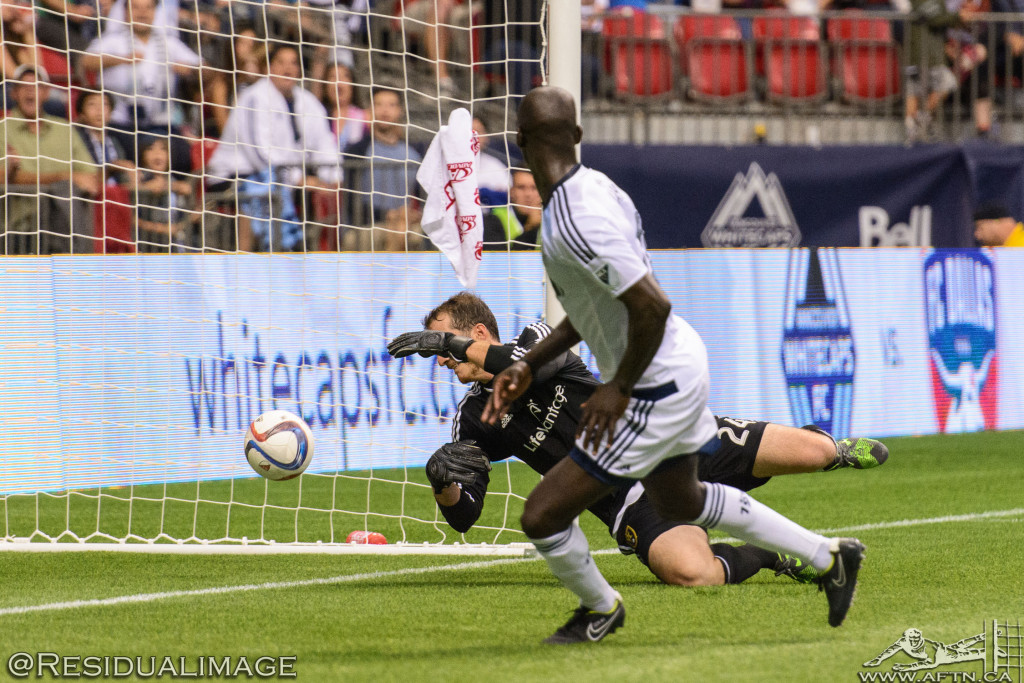 With five minutes of the half remaining, Kekuta Manneh’s fancy footwork sets up Pa Modou Kah at the back post 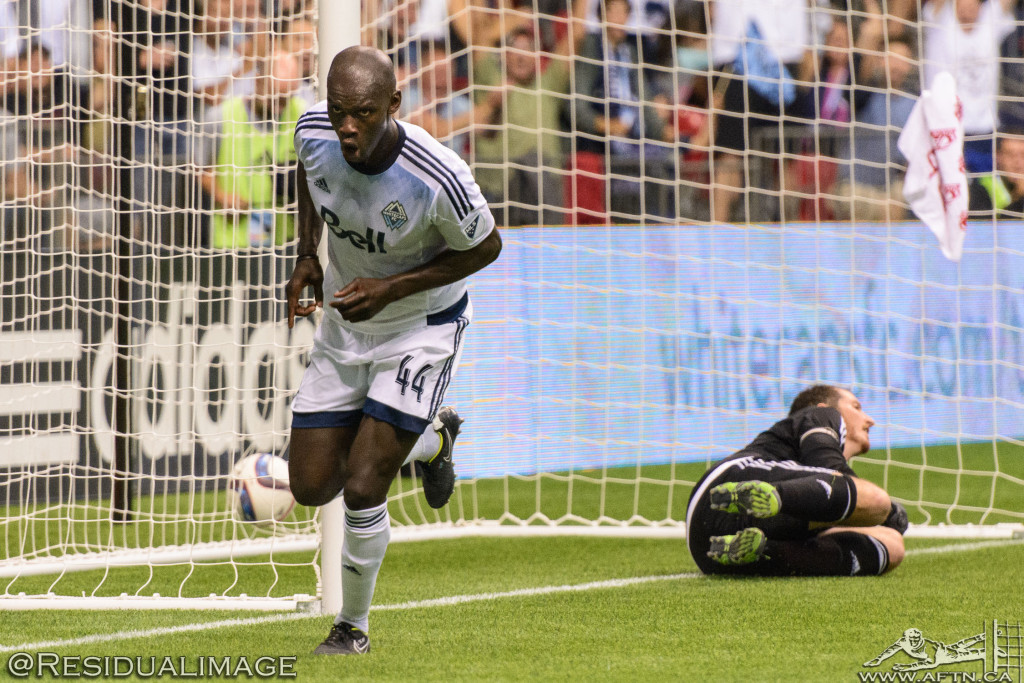 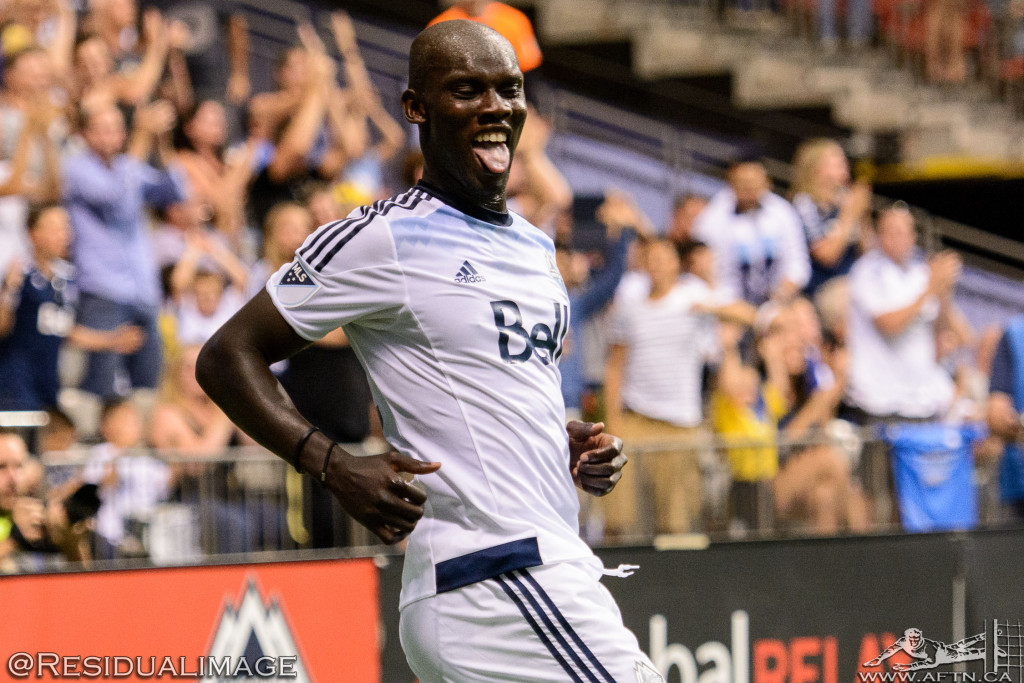 The dodgy dance celebration that Robbo referred to! 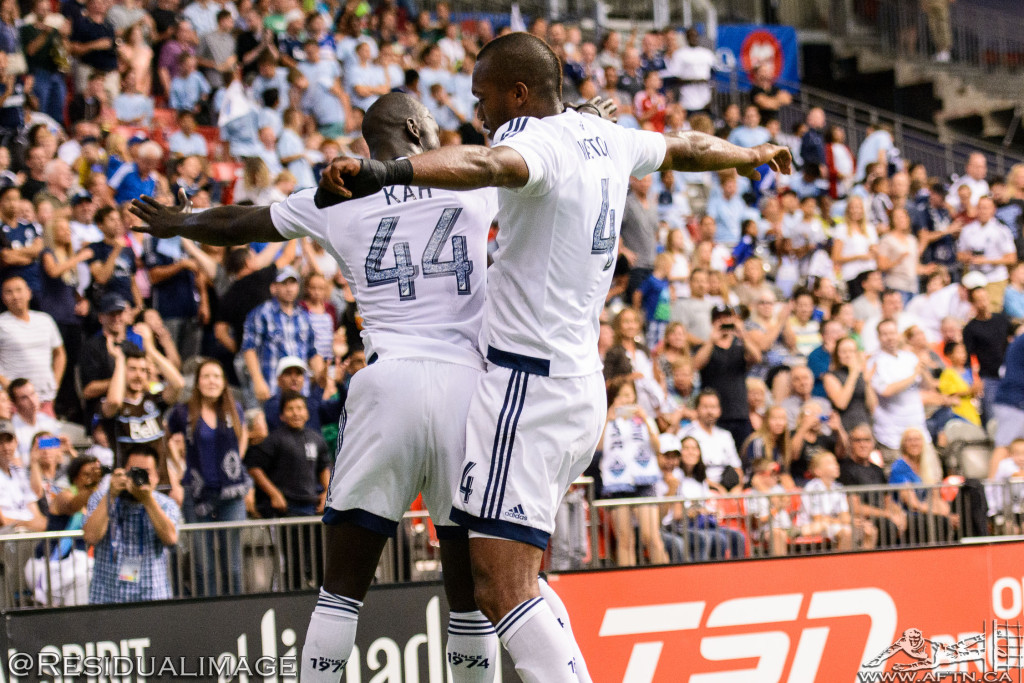 The much better Kah/Waston celebration bump that we’re seeing every week now! 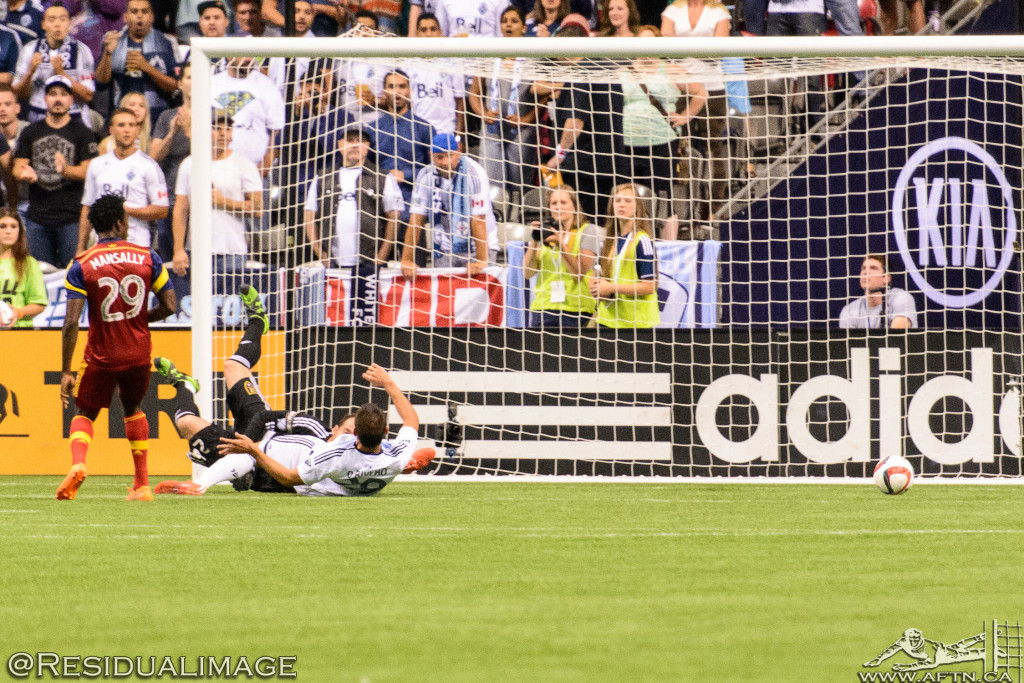 Five minutes into the second half, Jordan Harvey sends the ball across goal 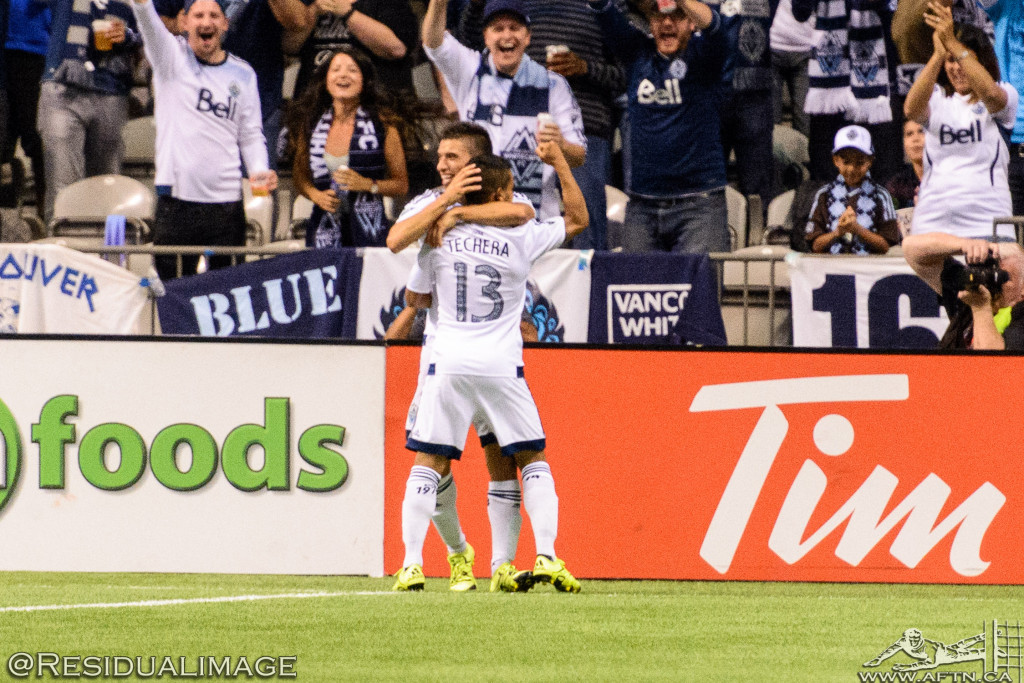 And Cristian Techera buries it to make it 3-0 ‘Caps – just look at his little face, well imagine it anyway! 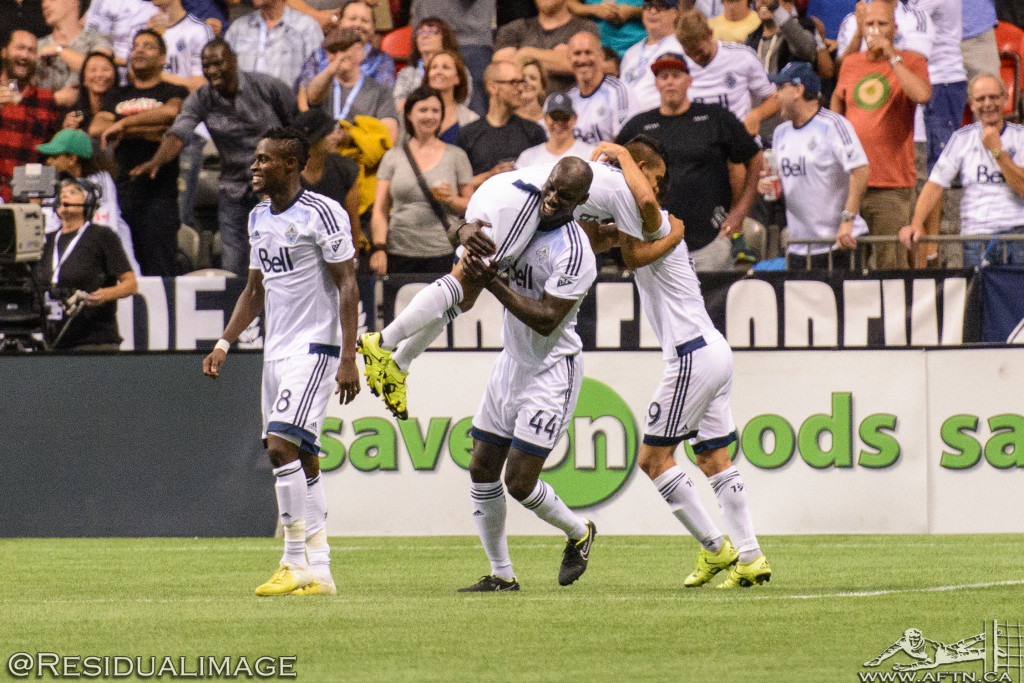 Nico and Kah, Vancouver’s version of the Dudley Boyz? 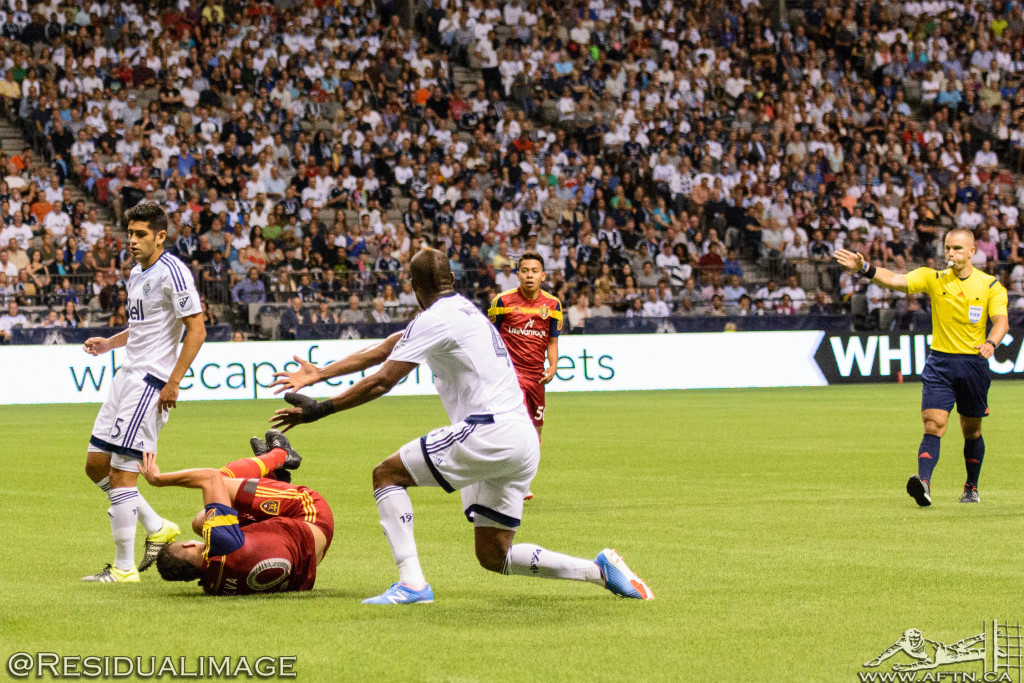 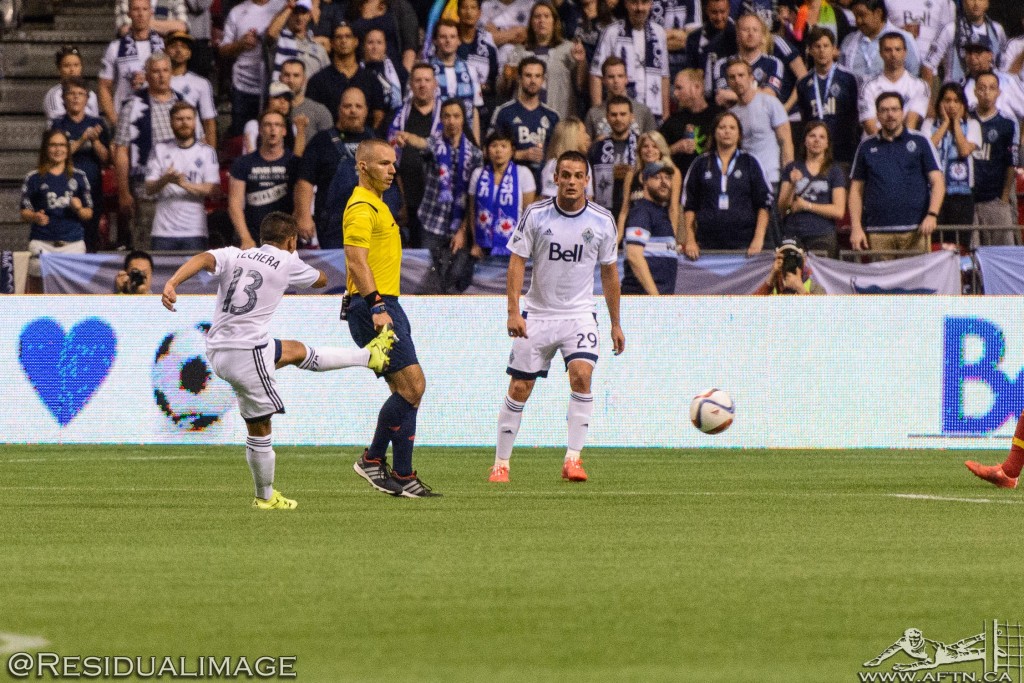 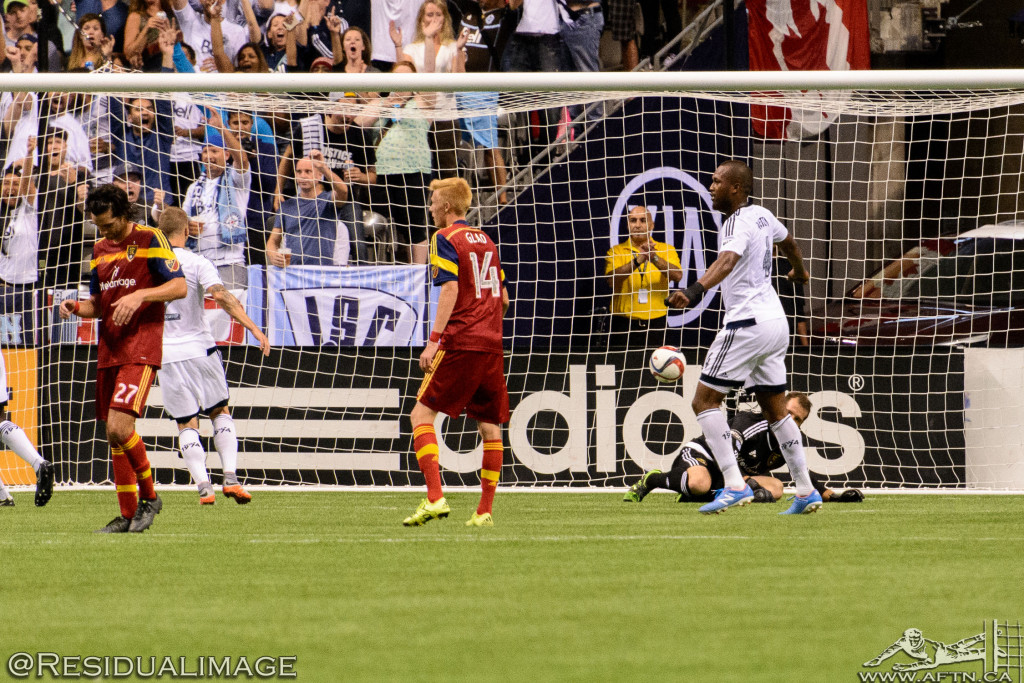 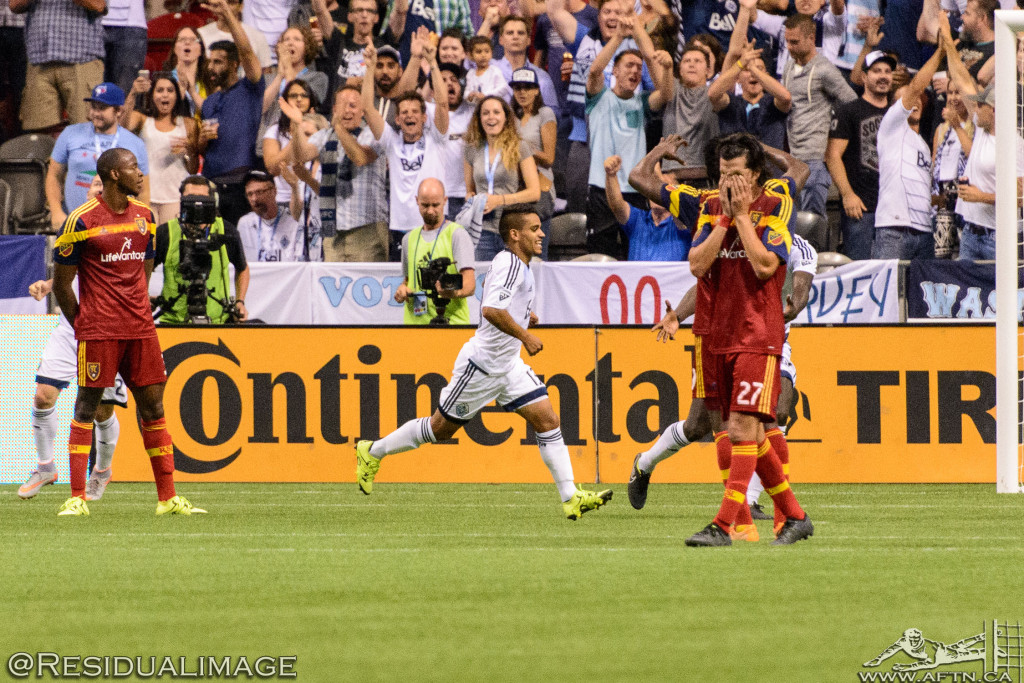 The Bug is delighted, while RSL players just want this one to end 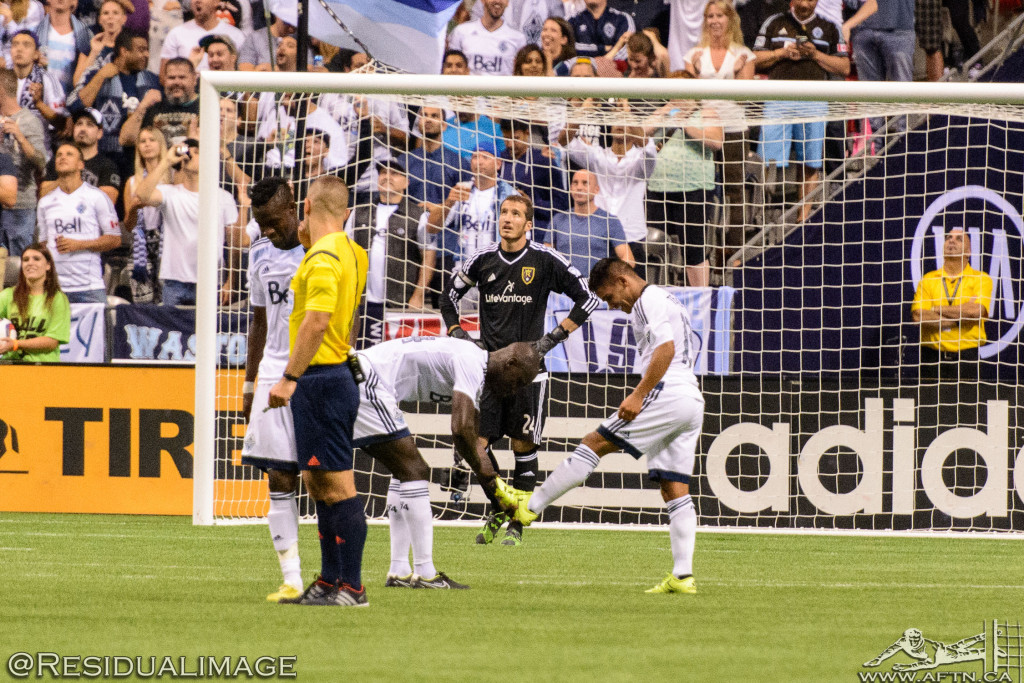 Shoe shine for the goalscoring hero 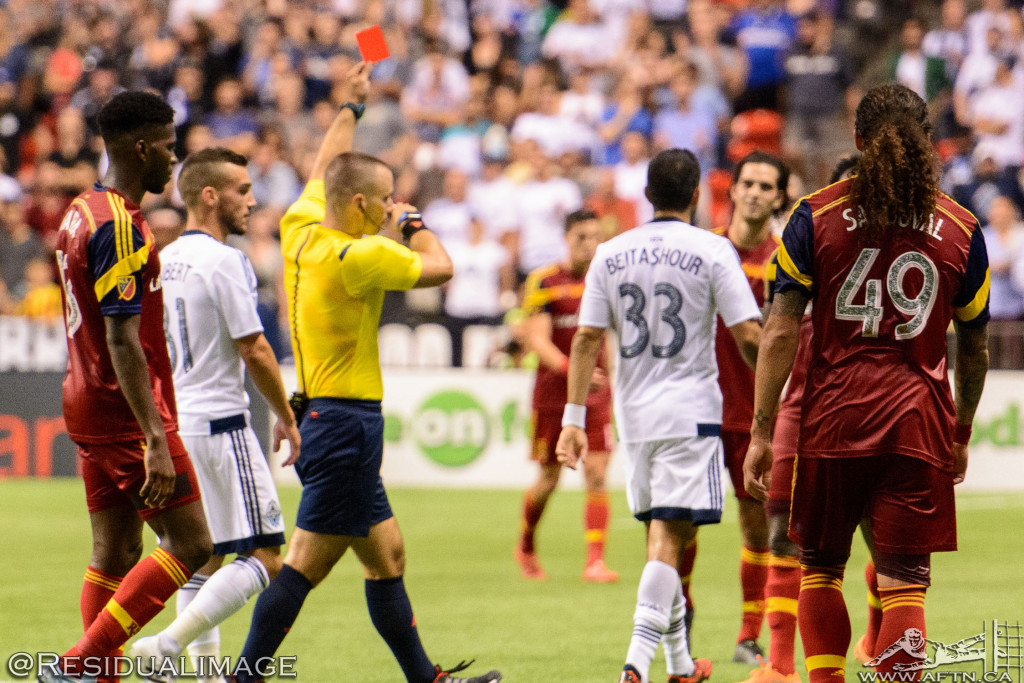 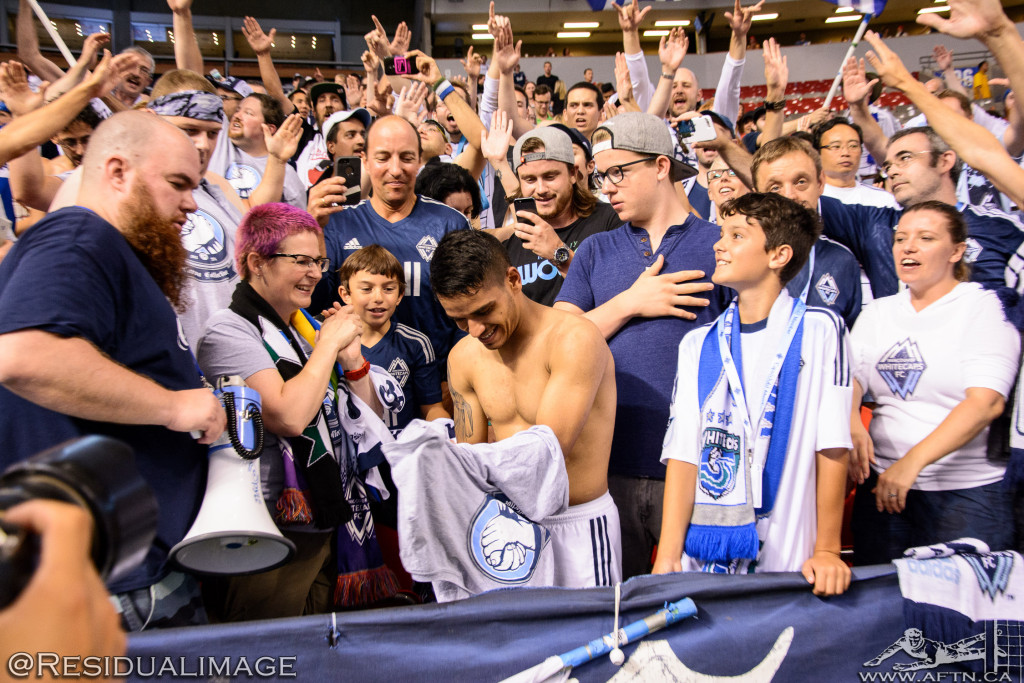 Techera does the postgame Humba with Curva Collective