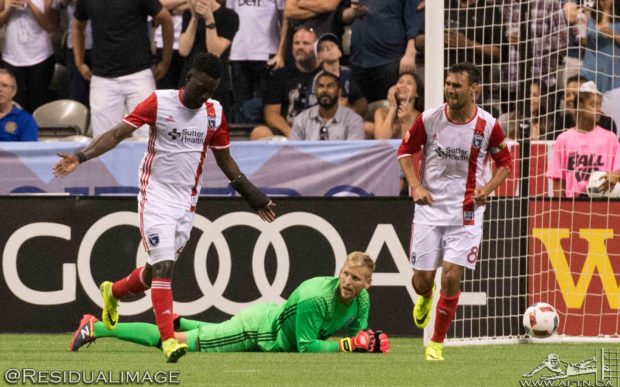 Vancouver Whitecaps are like the antithesis of the phrase “home away from home” this season. Their form and their performances at BC Place are more akin to teams playing on the road, and the results match.

Friday night’s 2-1 defeat to San Jose Earthquakes made it 19 points dropped from their 13 home matches so far this year, and in a league where home field advantage, and conditions, means so much to so many teams, you’re never going to make the playoffs with such a record.

With nine game remaining, and 27 points still to play for, the Whitecaps need a bare minimum now of 15 points if they are to make the postseason. Depending on who they come against, realistically that total is more like 18 to 20 points required. That’s a tall order and needs the team to instantly snap out of their poor form. Is it possible? Well the talent is certainly there on paper, we’re just not sure where it goes to when they’re on the pitch.

A first half goal from Quincy Amarikwa set San Jose on their way on Friday, again thanks to some horrendous Vancouver defending. By the time Simon Dawkins made it two on the hour mark, you already knew it was lights out time. Nicolas Mezquida’s stoppage time header at least stopped a shocking goal drought, but that was about all.

It was a horrible performance and poor AFTN photographer Tom Ewasiuk was there to capture all the action before, during and after the game and here’s his “Story In Pictures”, with a full Flickr slideshow at the end. 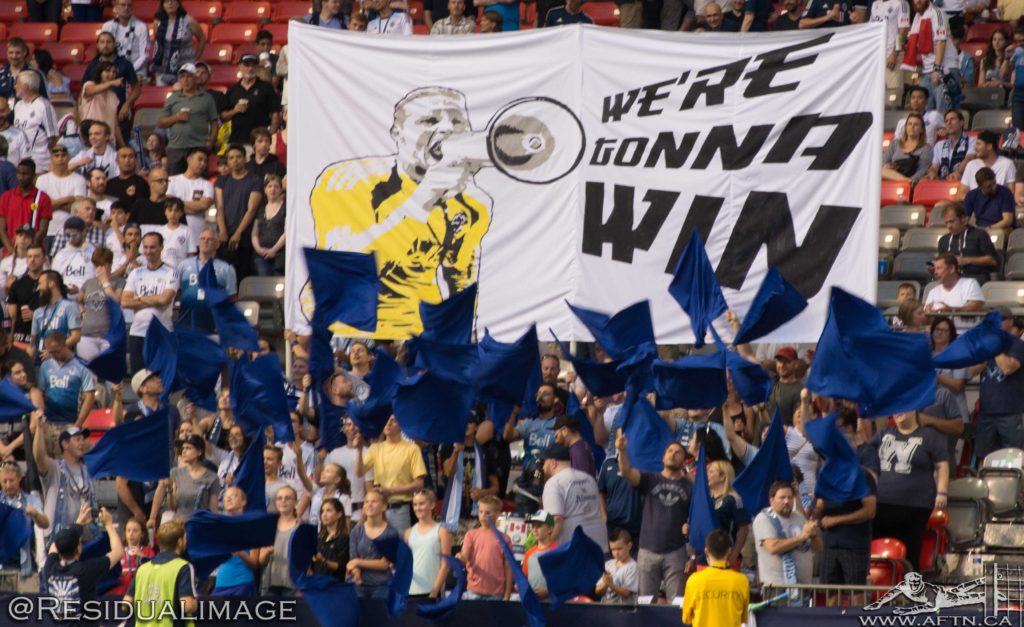 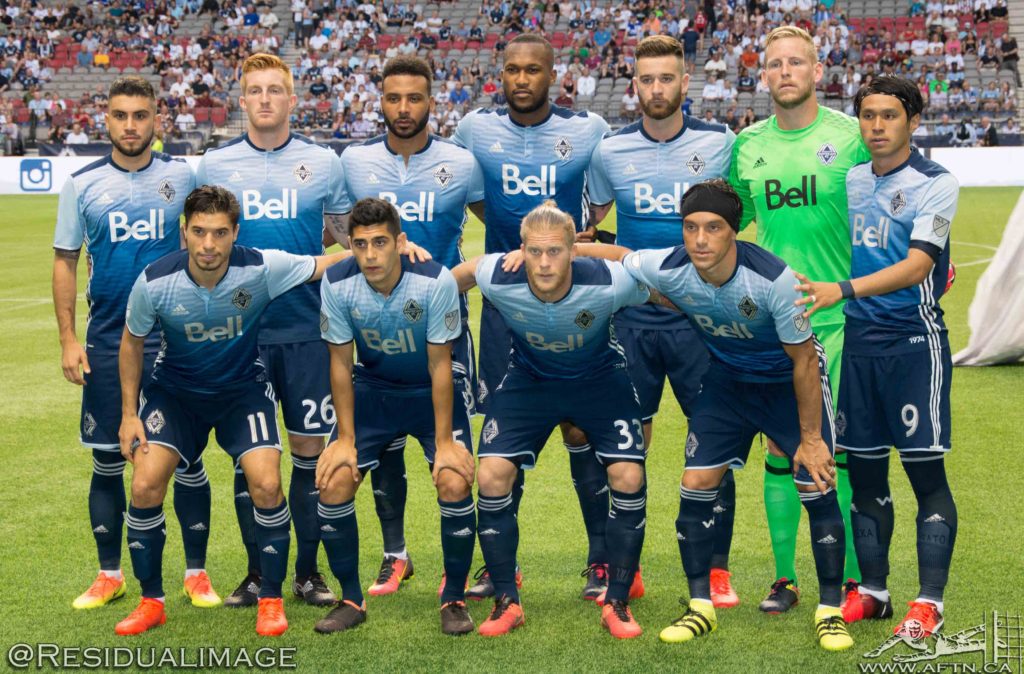 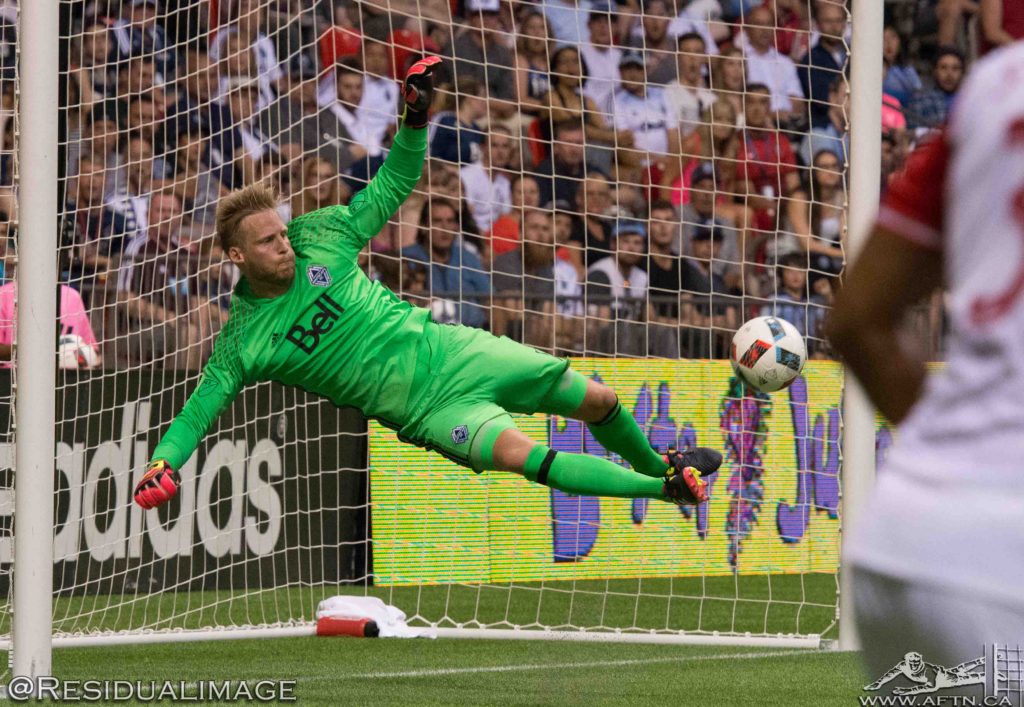 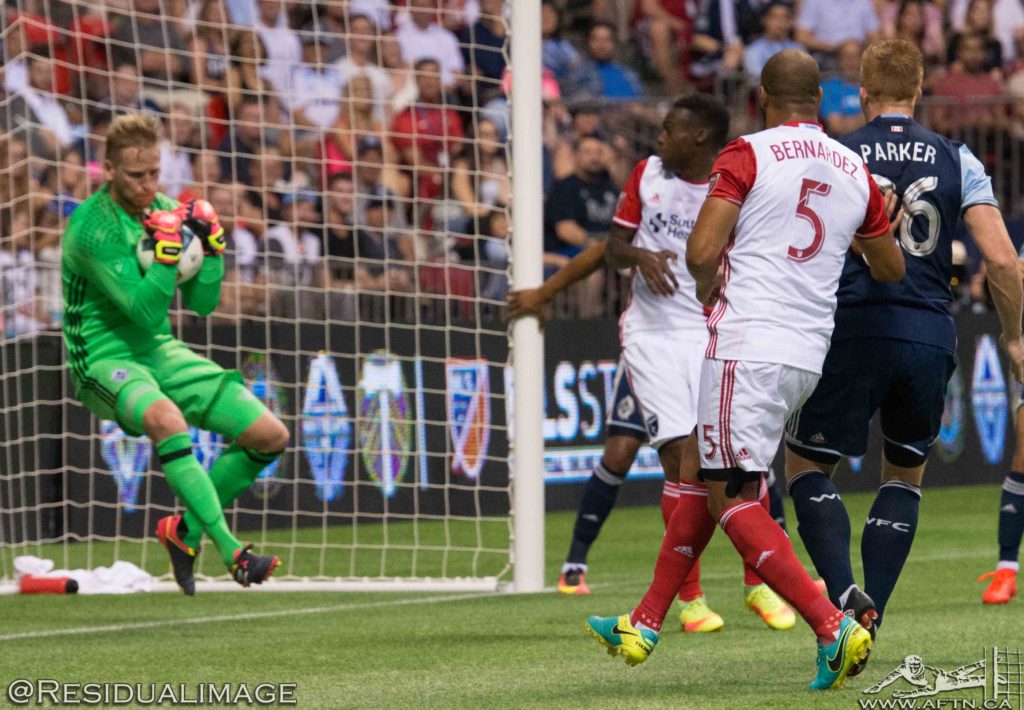 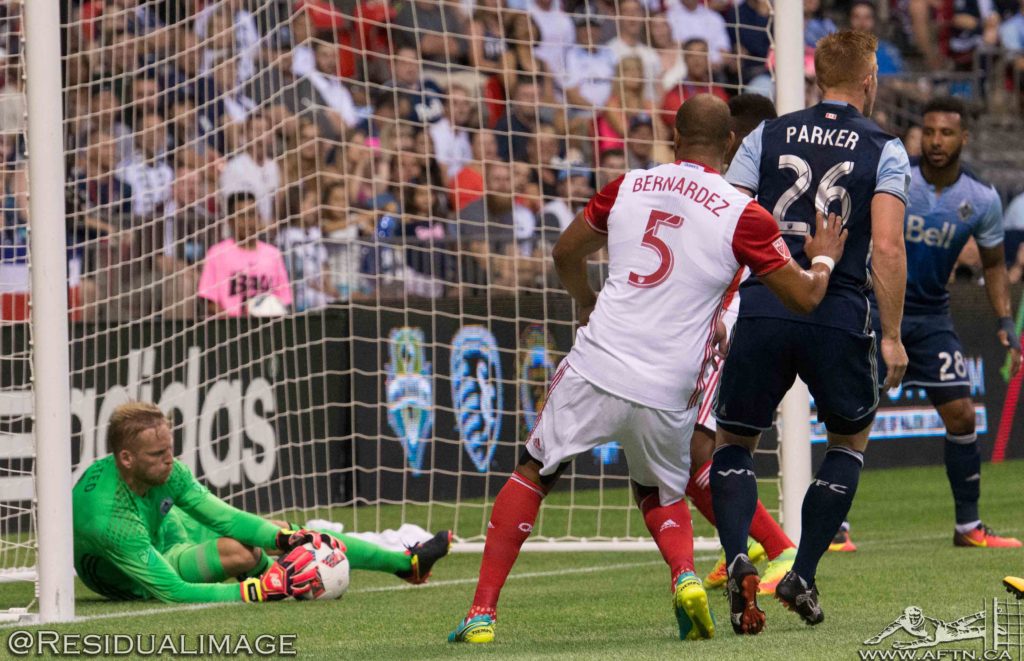 But fear not, it’s straight into David Ousted’s arms 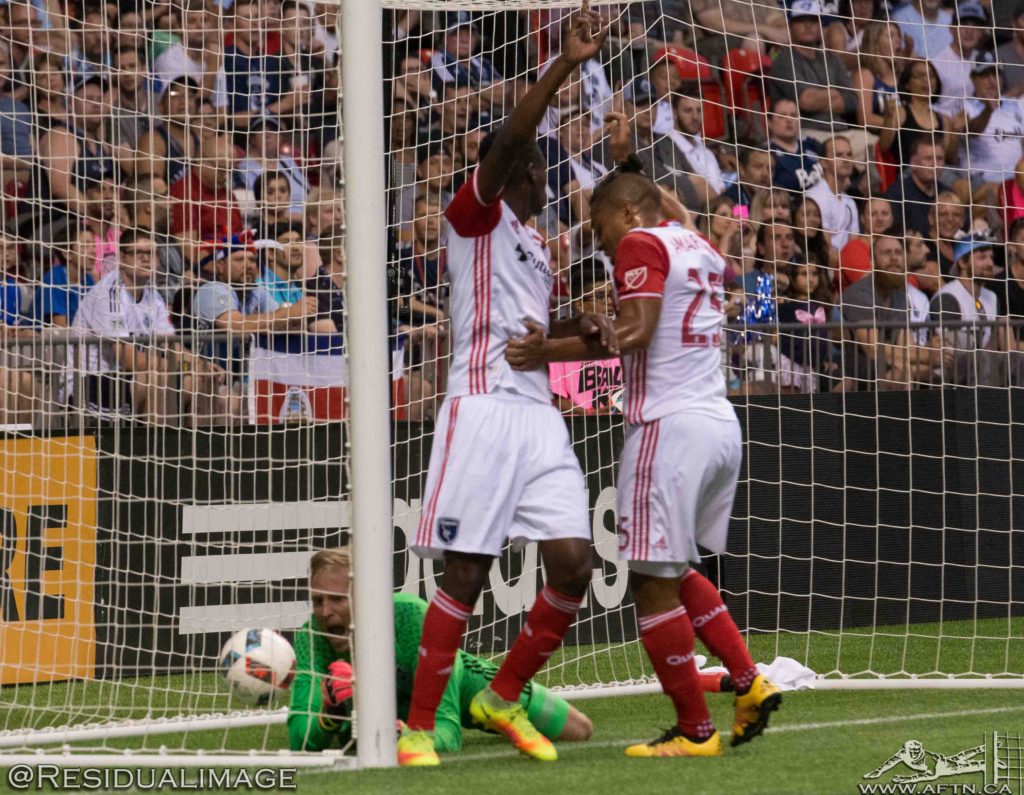 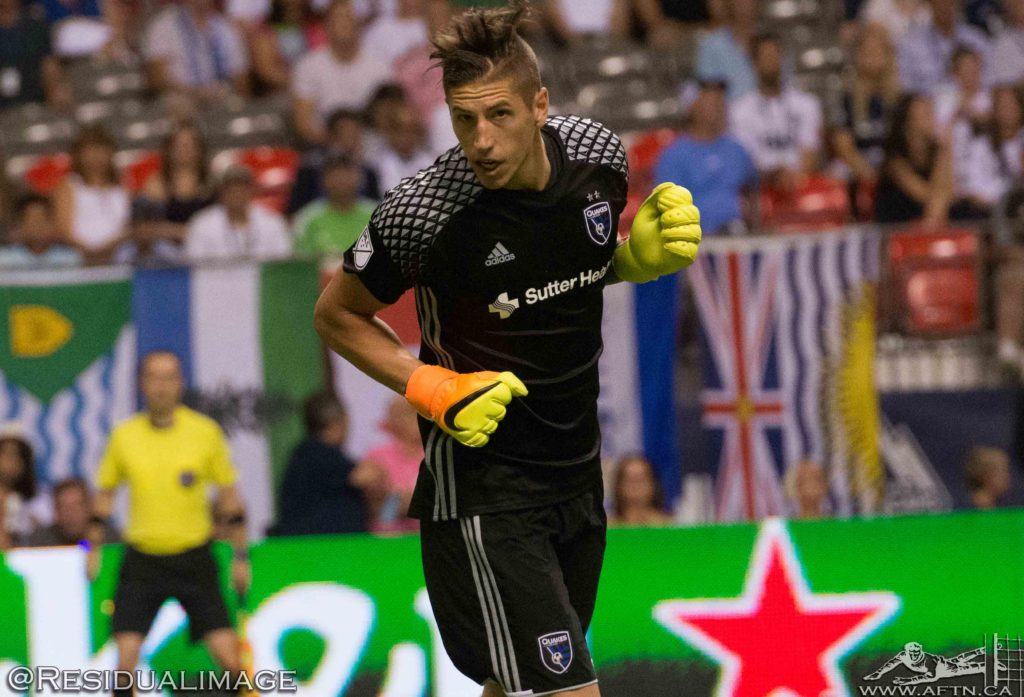 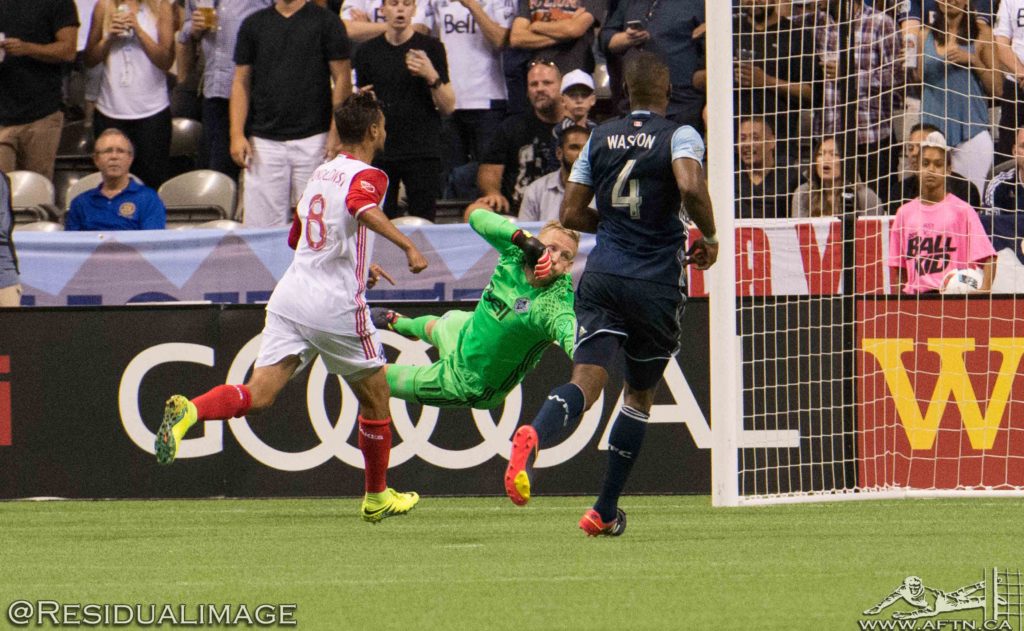 On the hour mark, Simon Dawkins gets the better of Tim Parker and curls a shot past David Ousted 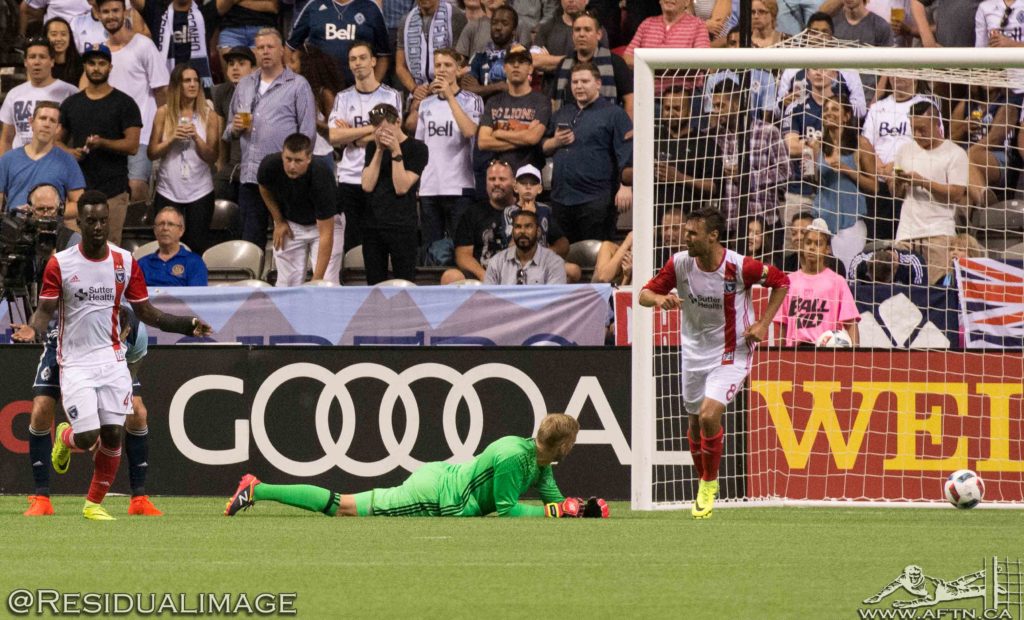 To make it 2-0 Quakes and basically game over 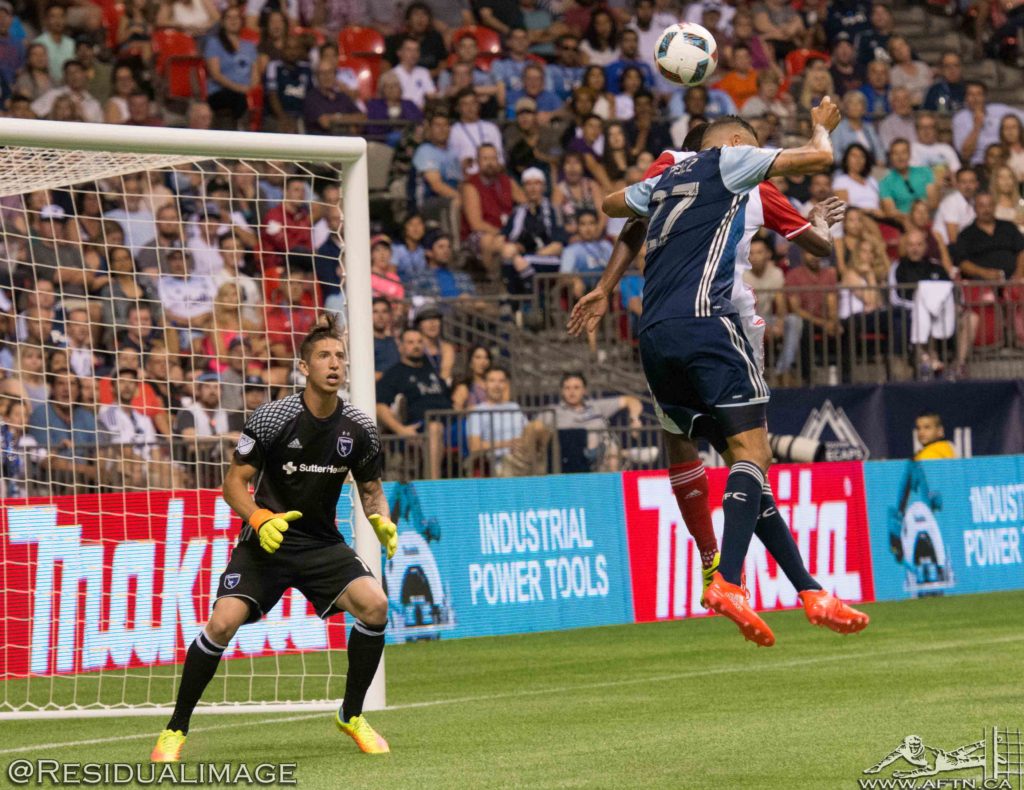 Substitute Blas Perez crashes a header off his own off the bar, summing up the Whitecaps night 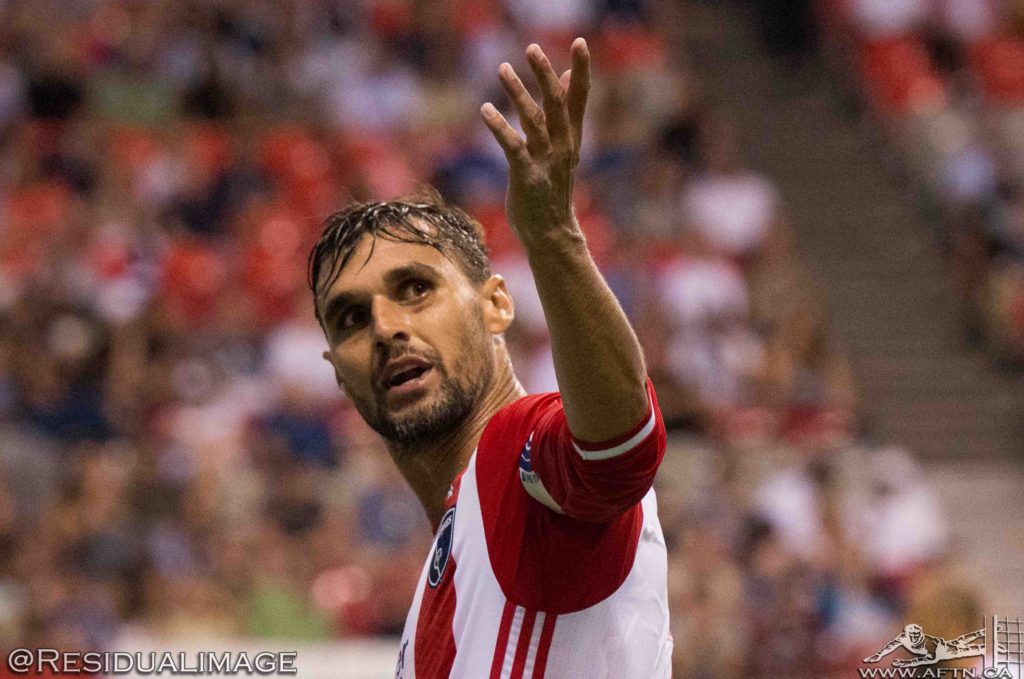 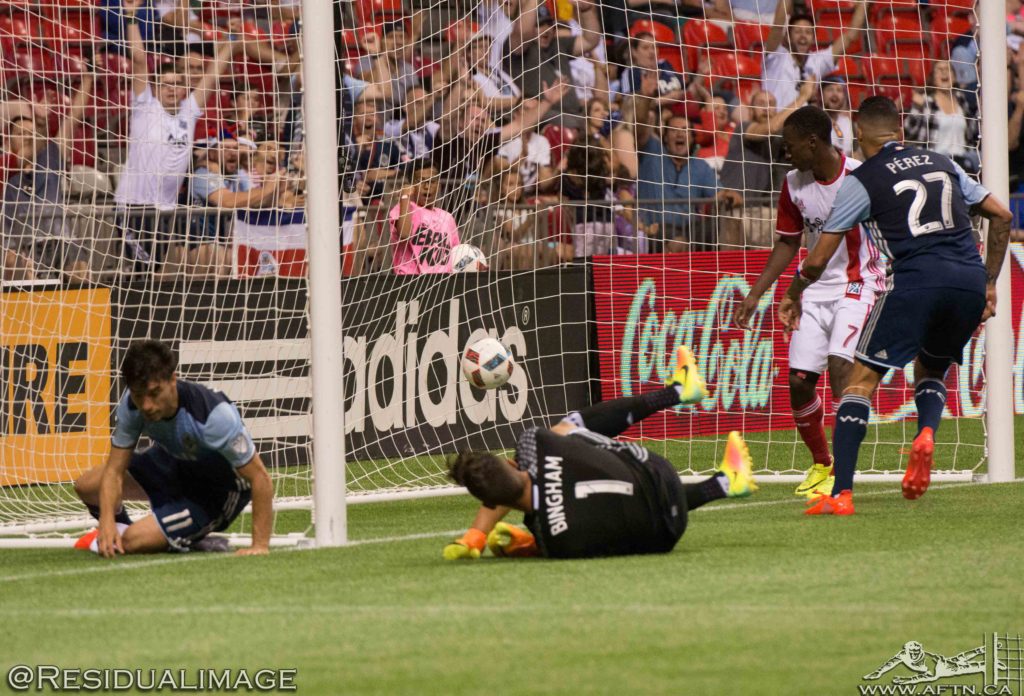 Nicolas Mezquida at least gets some personal consolation in stoppage time but it was way too little, too late for Vancouver