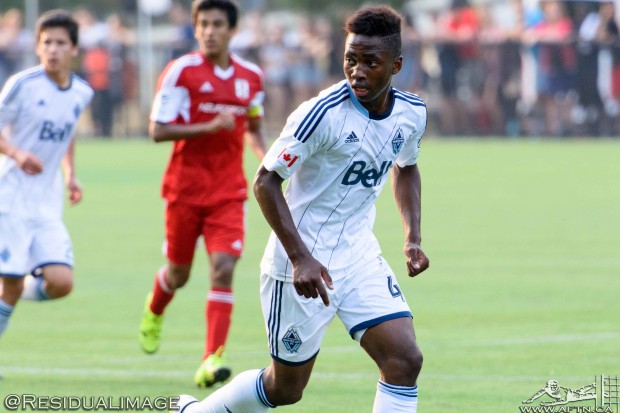 Growing up in Edmonton most young boys dream of playing hockey and winning Stanley Cups with the Edmonton Oilers, or wearing the green and gold of the Edmonton Eskimos and winning Grey Cups. For a young Gloire Amanda he wanted to be a professional soccer player.

In 2009 at the age of 11-years-old he joined Edmonton Xtreme FC and played with them for four seasons before joining Edmonton Internazionale for one season. His quality of play for these teams earned him a spot with North American Soccer League (NASL) club FC Edmonton where he played for their reserve team.

He caught the eye of the people in charge of the Whitecaps Residency and joined them for the 2014-15 season, starting 15 of his 23 appearances and scoring 15 goals, the second highest on the team.

With his eyes set on the future, and an opportunity to play in MLS, I recently had the chance to chat with Gloire Amanda for AFTN’s latest “Ten Count”. 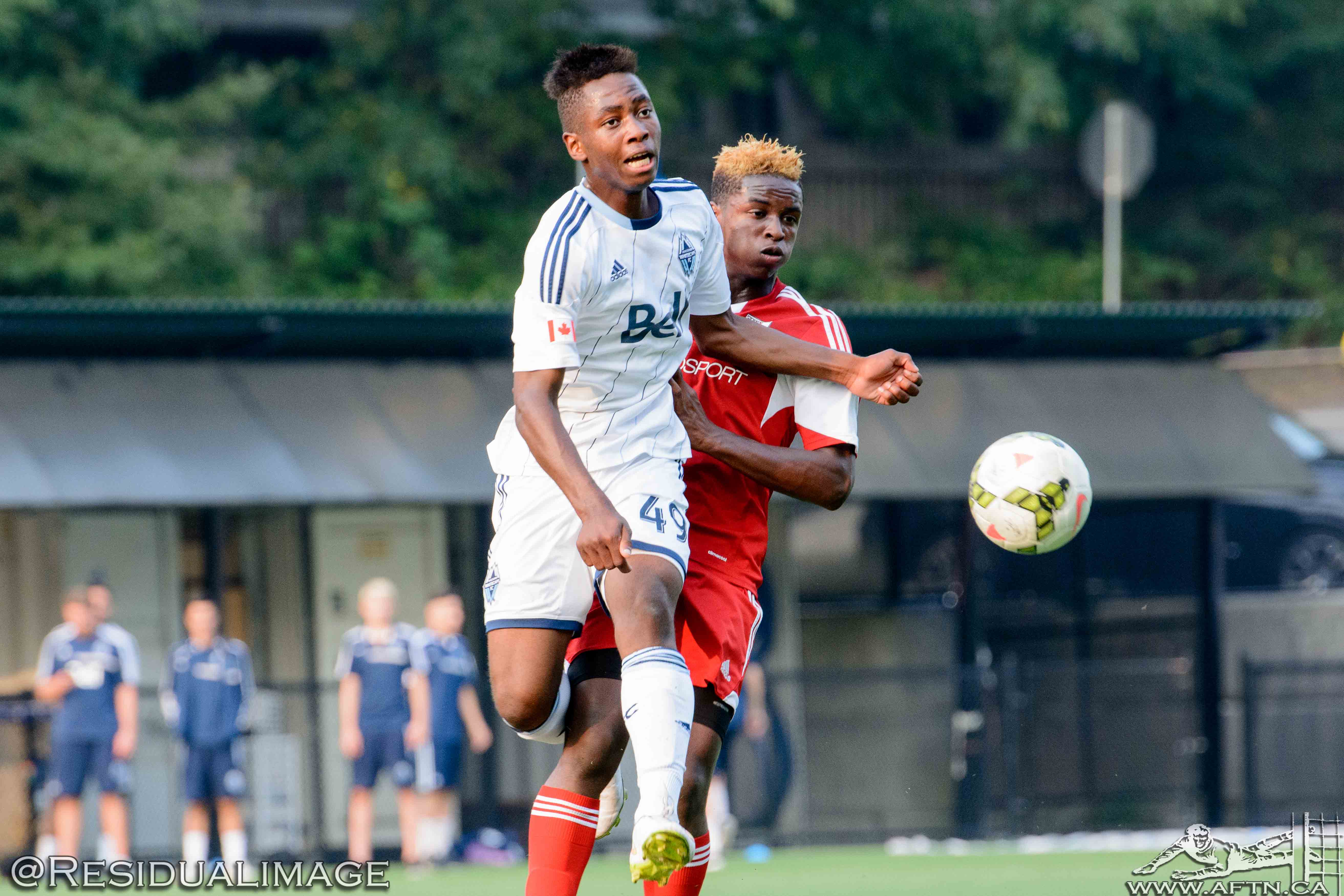 AFTN: In 2013 you spent a season with FC Edmonton before joining the Whitecaps Residency program. How did that season help you with the move to Vancouver?

GA: FC Edmonton taught me how to adapt my game. I went from playing on my local team straight to the FC Edmonton reserves. It was a huge leap. The tempo was faster and I was training with the likes of Sadi Jalali, Hanson Boakai, Carlos Patino and Shamit Shome. While training against them I had to learn how to adapt and share the ball a bit more. The FC Edmonton training style and the Whitecaps training style are completely different. Learning that lesson helped me a lot when i joined the Residency but I am also grateful for FC Edmonton.

Last season with the U16 program you managed 15 goals in 23 total appearances, have you always been a pure goalscorer growing up playing football?

Last year you got a chance to represent Canada at the U18 level. What did that opportunity mean to you?

Representing my adopted nation was an amazing accomplishment. Not many players get to say that, so I’m very grateful. Competing at that level was an eye opener. Ever since that opportunity I have been working on myself. Hopefully in the future I’ll put on the red and white jersey on a bigger stage.

Who is the most skilled teammate you have gotten the chance to play with?

I have gotten a chance to train with some great players like Marco Bustos, Hanson Boakai, Victor Blasco, and Alphonso Davies. Personally I’ll say Noah Verhoeven because I haven’t seen anyone move with the ball like the way he does. The way he changes direction is almost alien like. He makes defenders look like mannequins.

Most skilled player you have had the chance to play against?

I played against Victor Blasco in a inter squad game and he was a nightmare to defend. One v one is his specialty. Most often when you’re caught in that situation you have no choice but to give a silly foul. It’s Blasco for me. 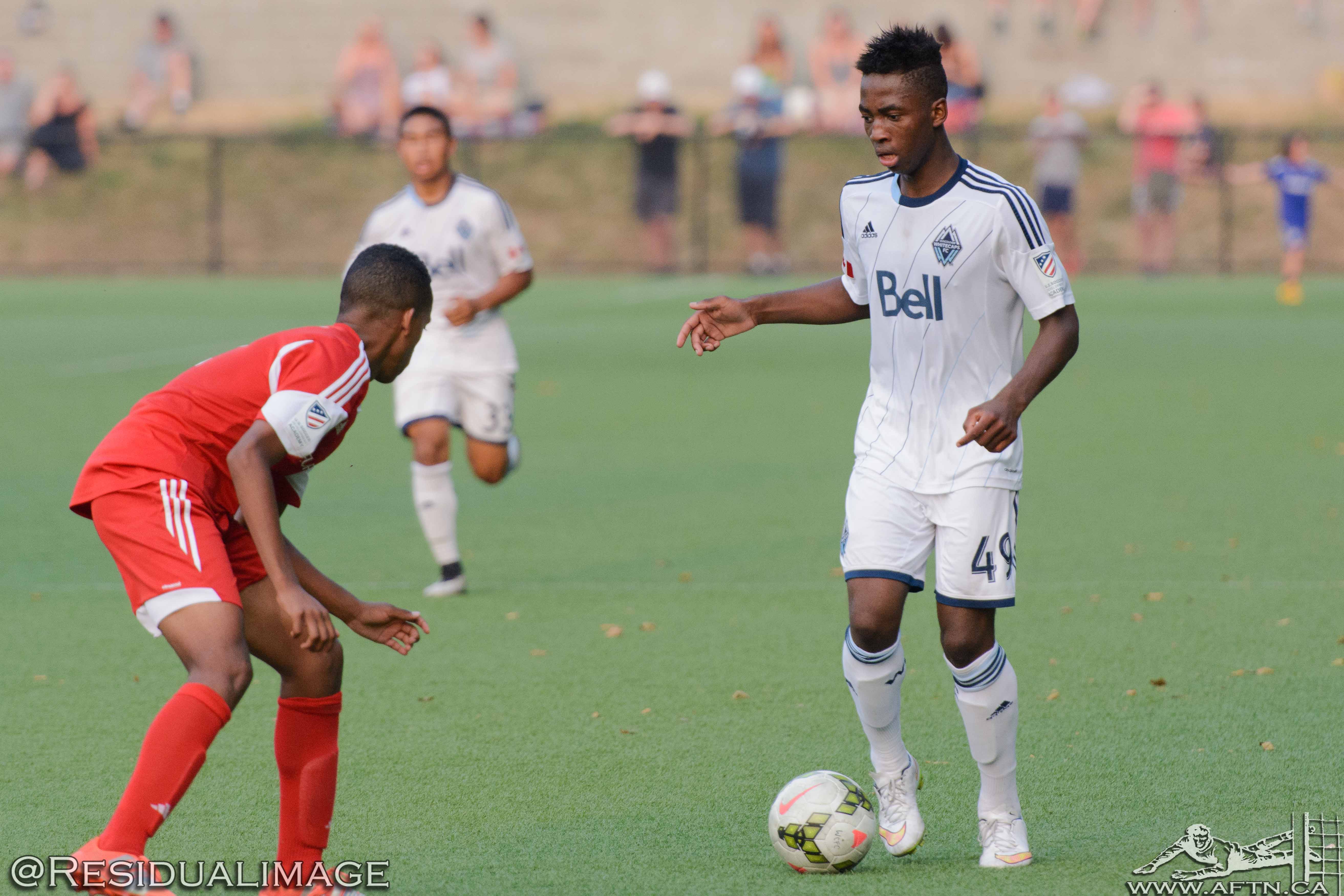 Is there any teammate, coach or teacher that has helped mould you into the player you are today?

I have so many people to thank that got me where I am today. The one the stands out above them all is Marco Bossio. Mr Bossio was my junior high teacher/coach and he would spend his time after school with me on the pitch and in the gym. I would empty my tank every game because he believed in me. He saw potential in me. He inspired me to work hard and he taught me the most valuable lesson. I don’t even think he’ll remember this but he once said to me, “Your will has to be stronger than your skill,” I simply can’t thank him enough.

How hard was in to leave your family in Edmonton and continue your soccer career in Vancouver?

I did not find it hard to leave my family behind. I have one goal and that is to play with the pros, however my mom had a hard time accepting me moving here by myself. I was 15 years old when I moved here. She worries too much about me. So she asked a lot of questions mostly about my education. In the end she respected my wishes and let me come here. My whole family knew this is what I wanted and they encouraged me to take the big step.

Who on the Whitecaps MLS team would you most compare your playing style to?

On the first team i would compare myself to Octavio Rivero (a bit more clinical though) because I try to copy his style of play. His movement off the ball is ridiculous. He create chances for the team and on top of that he’s a goal scorer. Not so much this season yet, but I have confidence he will turn it around.

What would it mean to you to sign a professional football contract?

Signing my first pro contract would mean the world to me. Knowing there is a possibility is one of the reasons why I wake up every morning ready for battle. I believe in my ability and if I work hard, maybe someday it would be great if the first team staff realize that. I know if I train right, focus on the basics and eat right, I will be great one day no doubt about it.

In 5 years i see myself in my house relaxing, knowing that I have helped the Whitecaps to a MLS Championship and played a huge role in helping Canada qualify for the World Cup. Also knowing that my family and friends are safe and healthy, maybe then I’d be satisfied. Until than I will keep on dreaming and working off my rust. 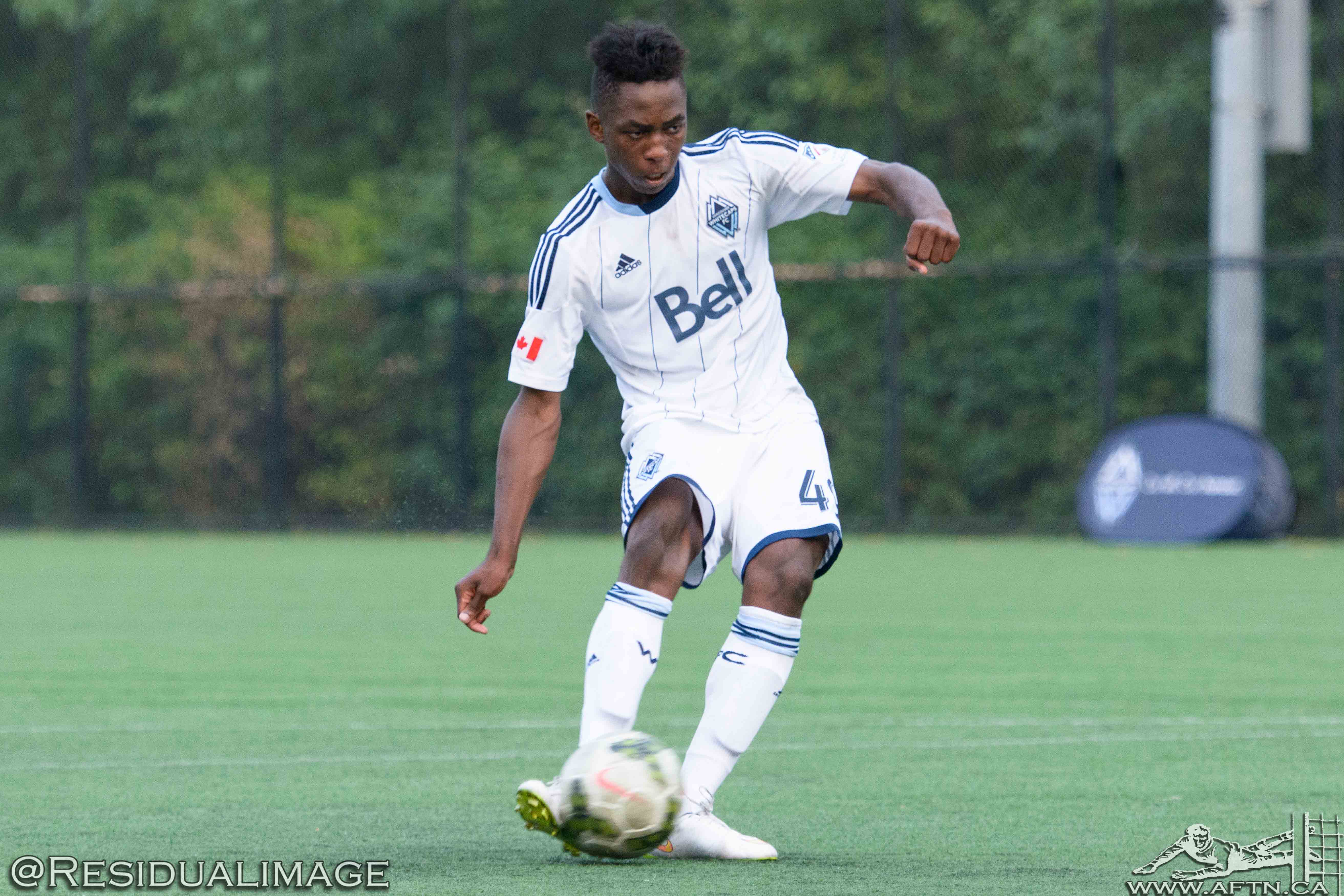 Thanks to Gloire for taking time to chat with AFTN. Make sure you give him a follow on Twitter – @Gloireamanda7.