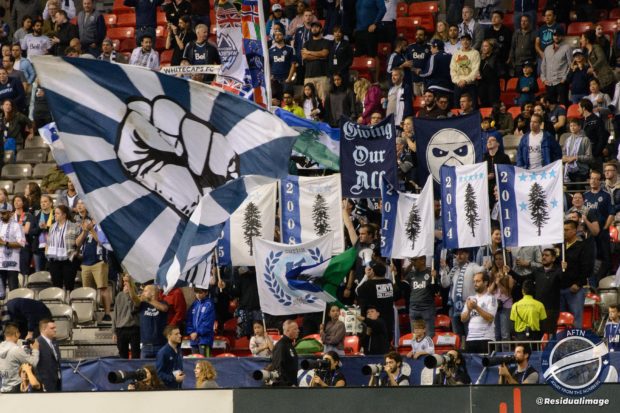 Another big game at B.C. Place against a rival and another disappointing result.

This time the Cascadia Cup clash between Vancouver Whitecaps and Seattle Sounders had double important, with not only the destination of this year’s cup at stake, but some massive points in terms of the playoff race.

Both teams headed into the match on unbeaten runs. Vancouver were unbeaten in six, with four wins. Seattle, unbeaten in 11, and on a record-setting eight match winning run. By the end of the 90 minutes, it was 12 and nine for the Sounders.

The Whitecaps were in a hole early, with Raul Ruidiaz hitting a brace by the 42nd minute. Kei Kamara gave them hope in first half stoppage time but it was the only consolation for the ‘Caps on a day that could define their fate this season. 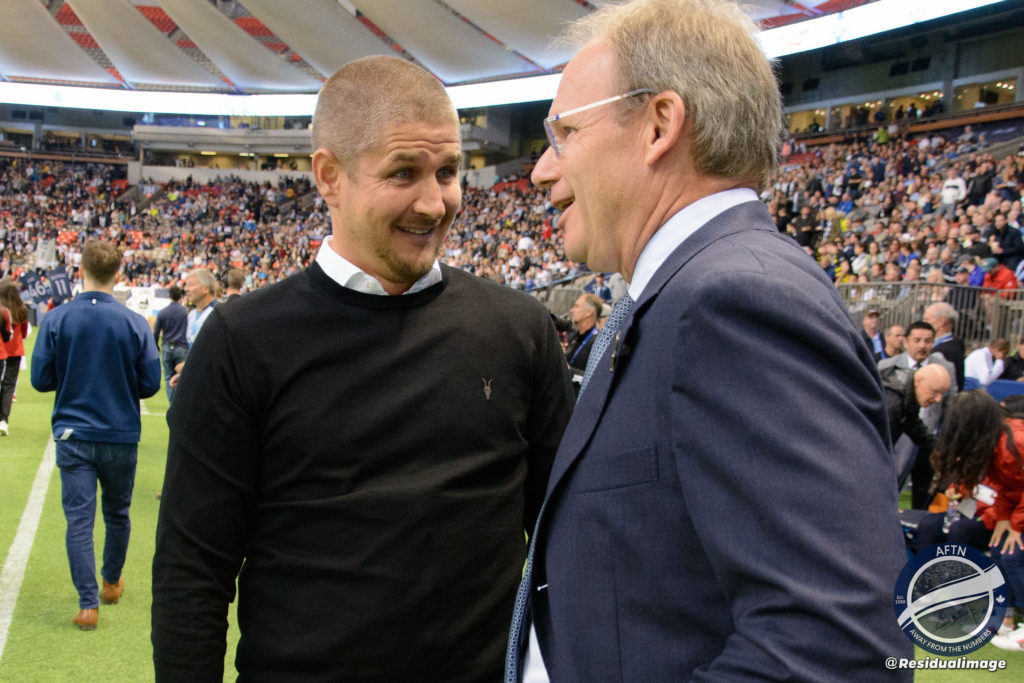 The managers meet and are all smiles 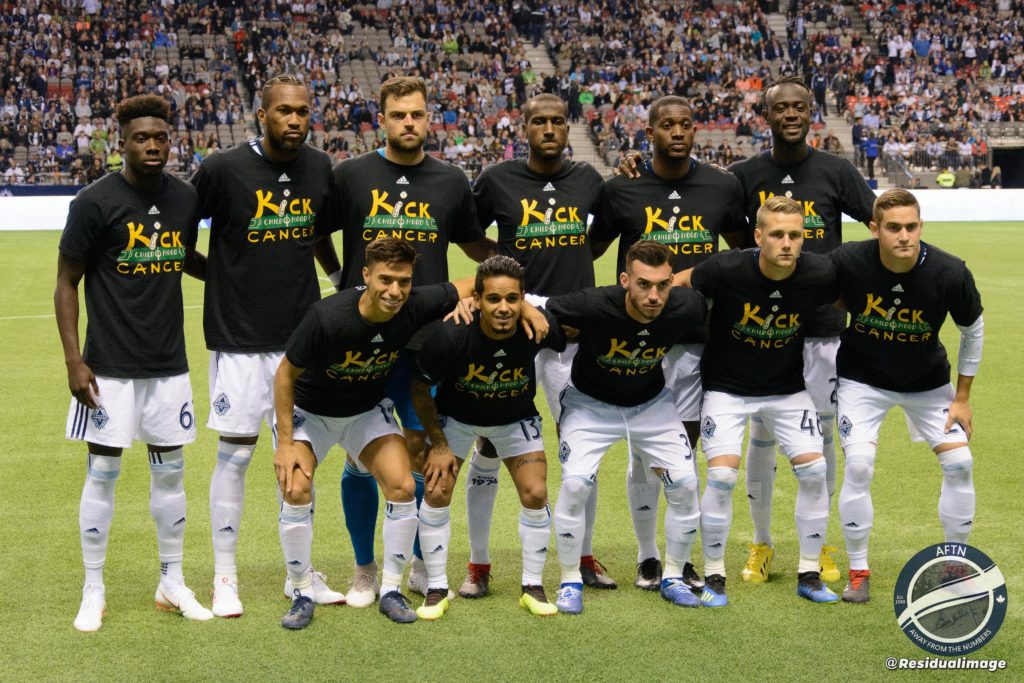 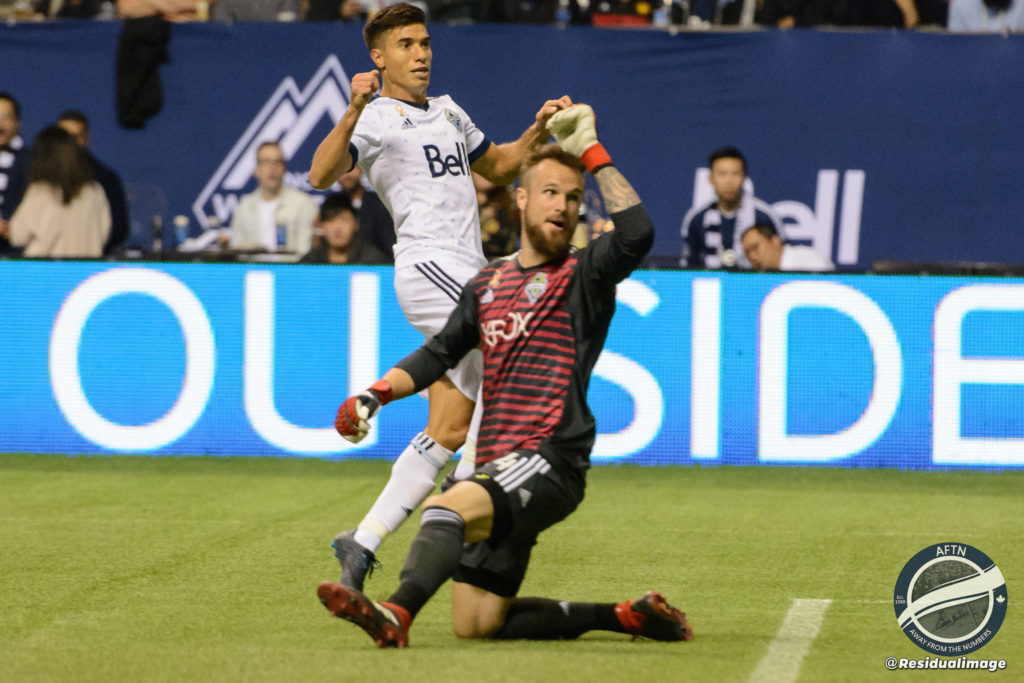 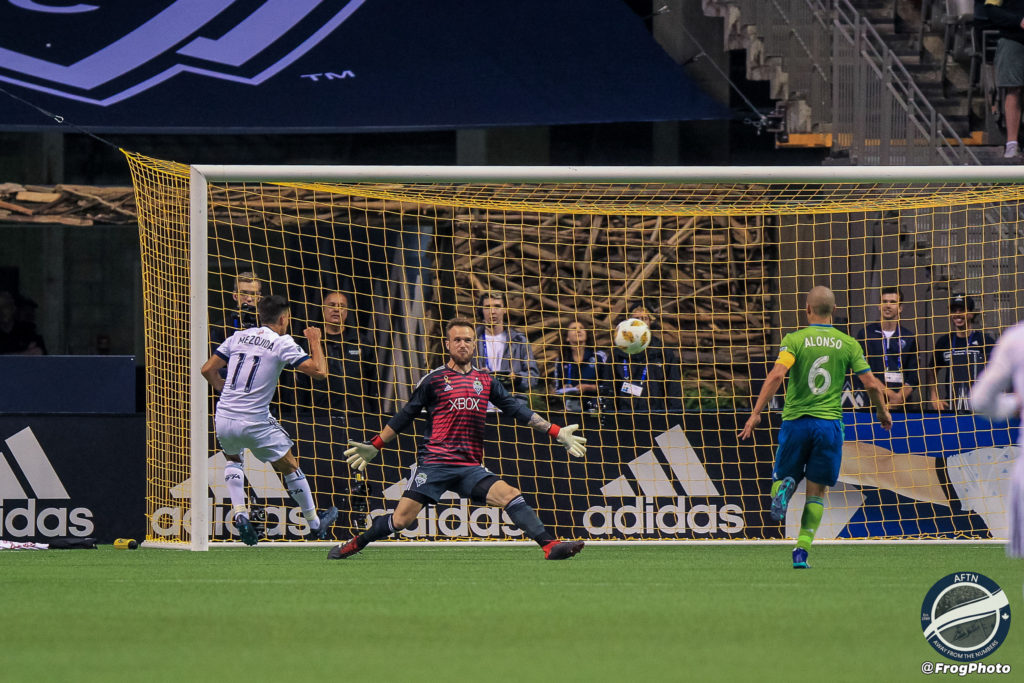 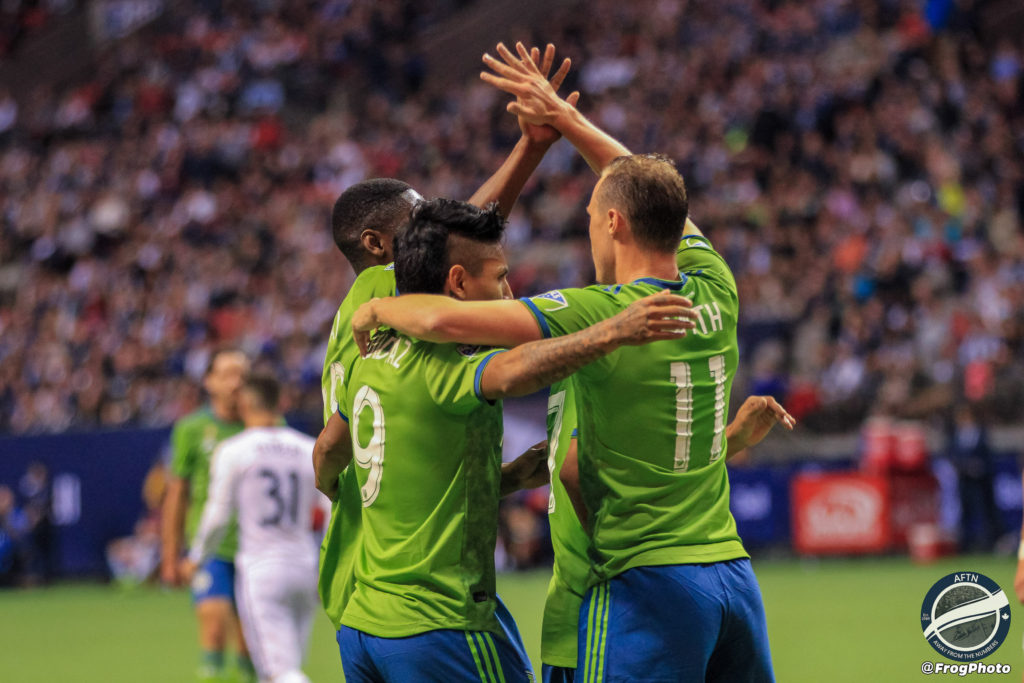 And it was to prove costly when some trademark slack Whitecaps defending let in Raul Ruidiaz to finish off a Kelvin Leerdam cross from close in, in the 21st minute 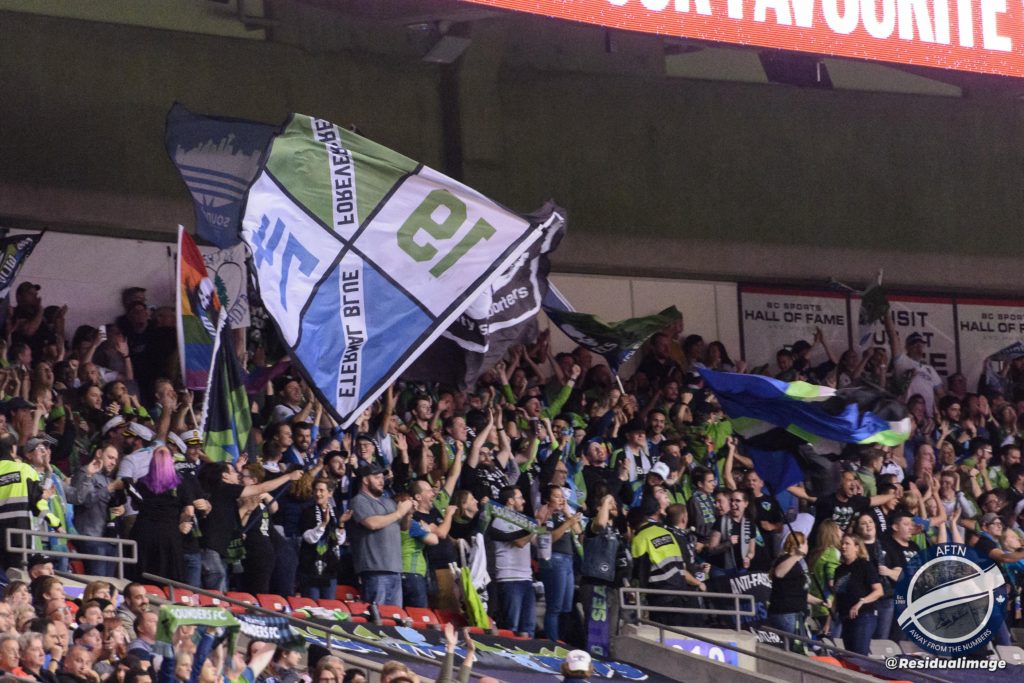 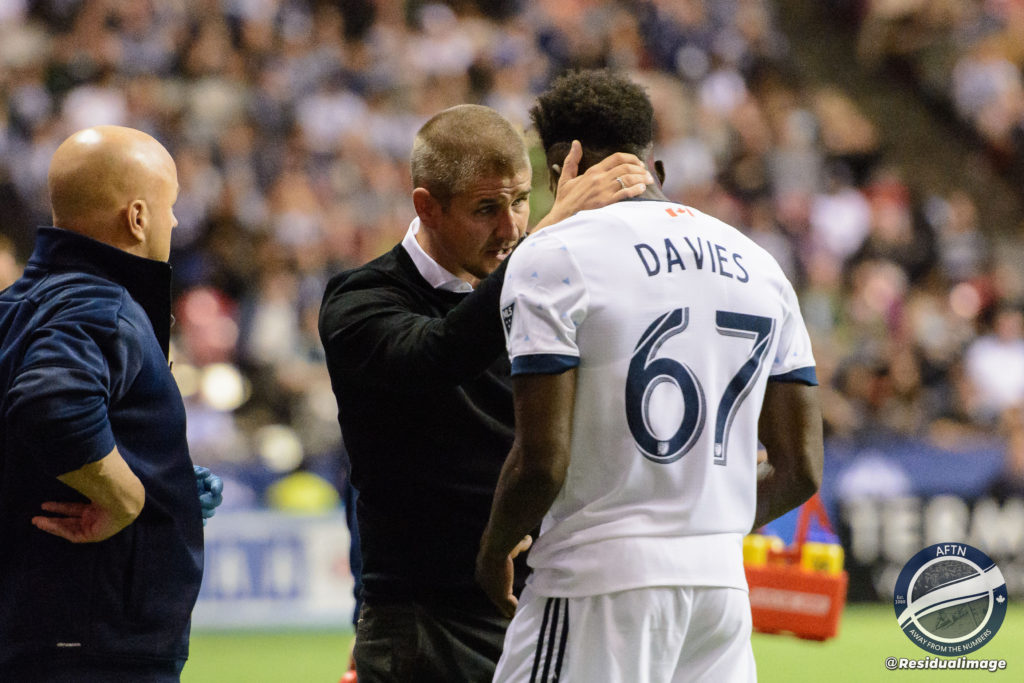 Alphonso Davies was getting kicked all over the park and Robbo had some reassuring words for him – we’re guessing “you’re our main hope, please score” 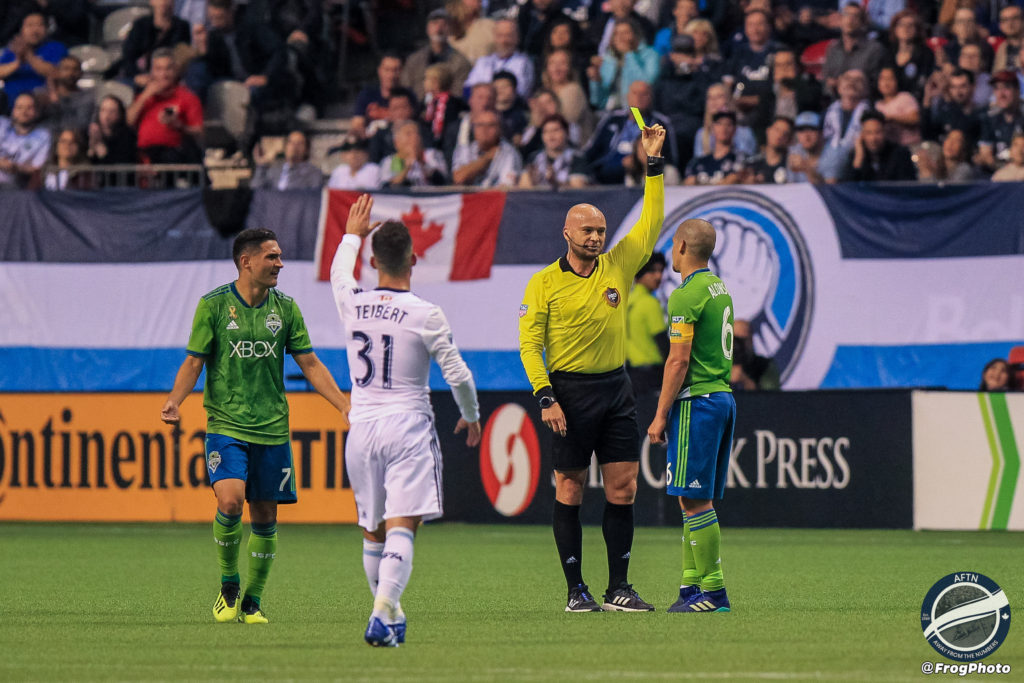 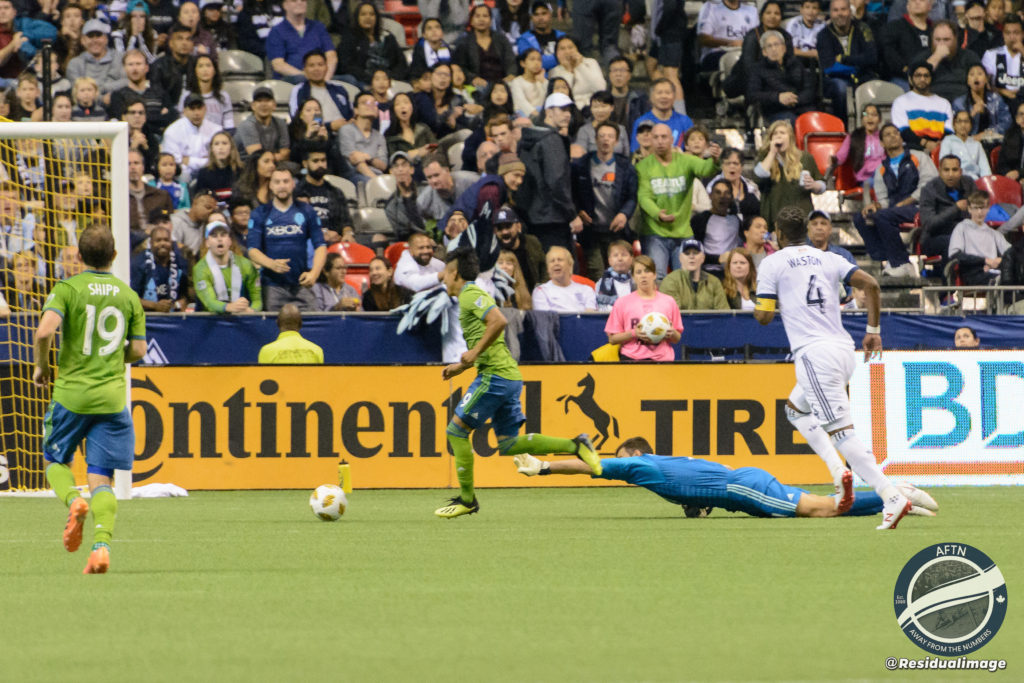 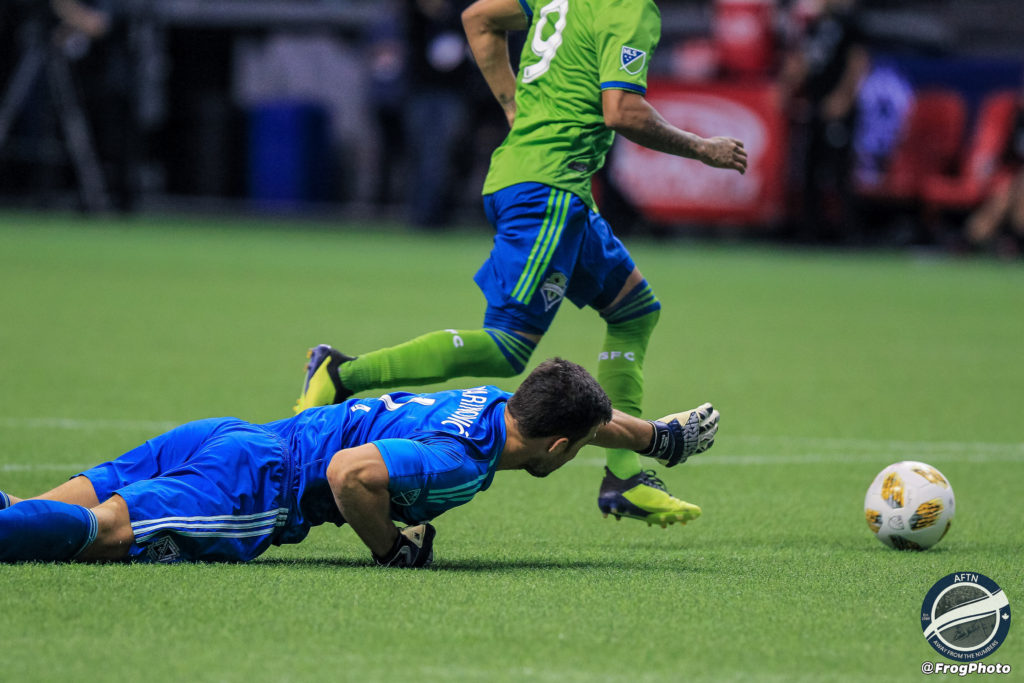 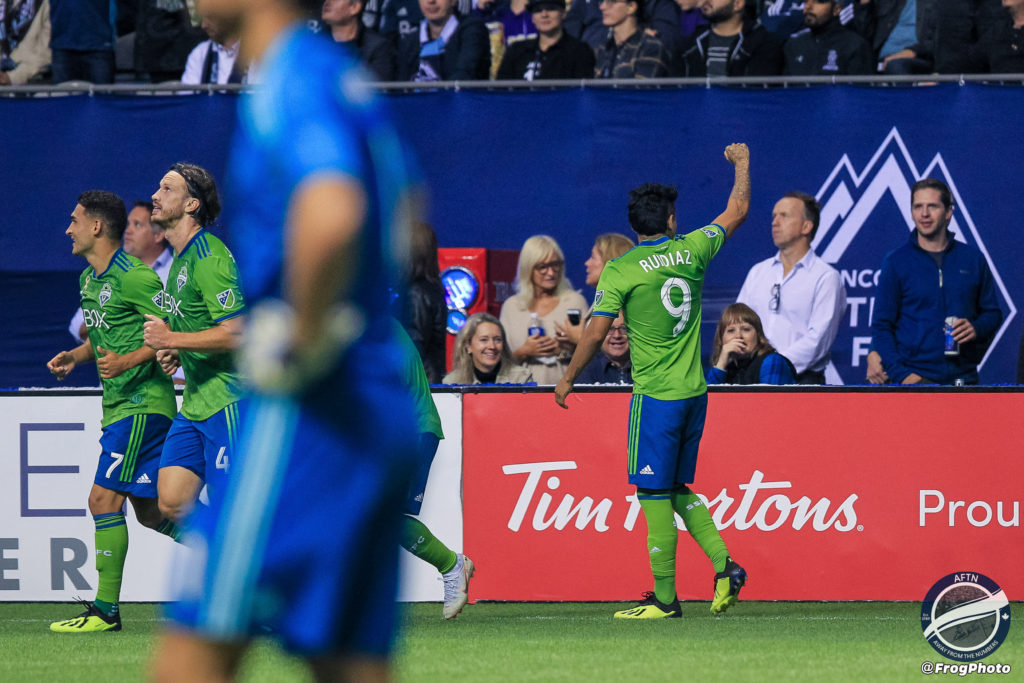 The mountain was now huge for Vancouver, who didn’t have their own Peruvian to make some magic happen 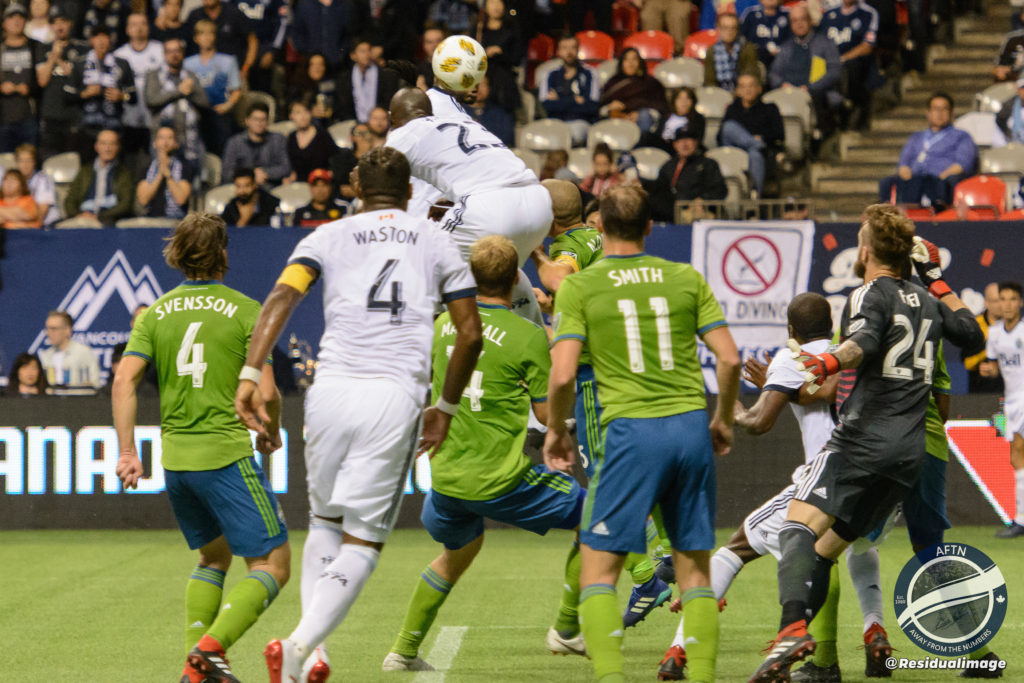 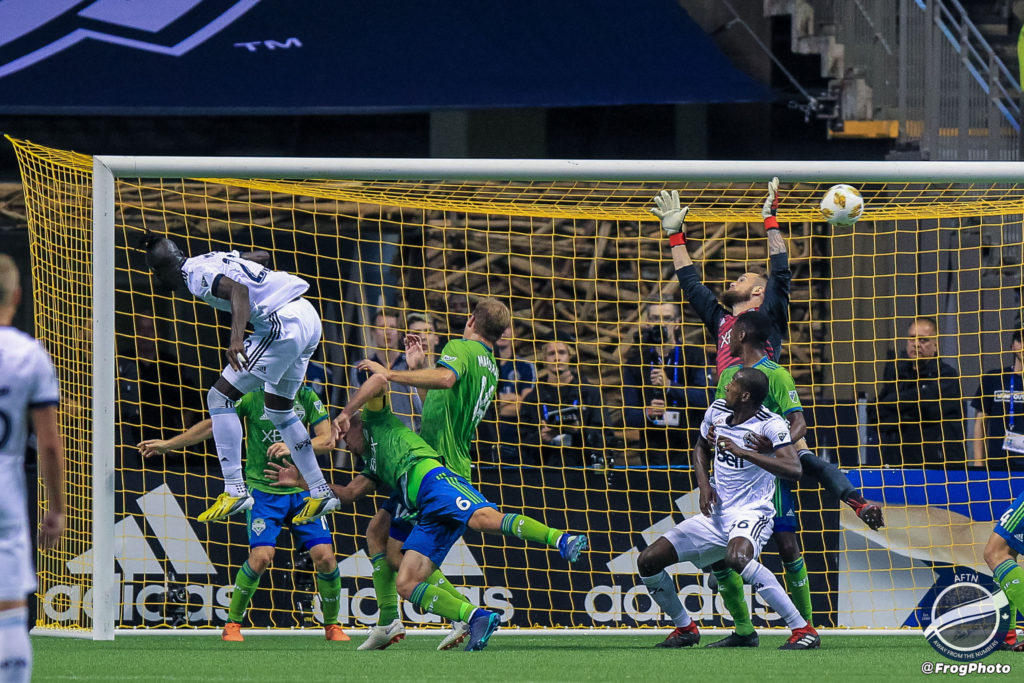 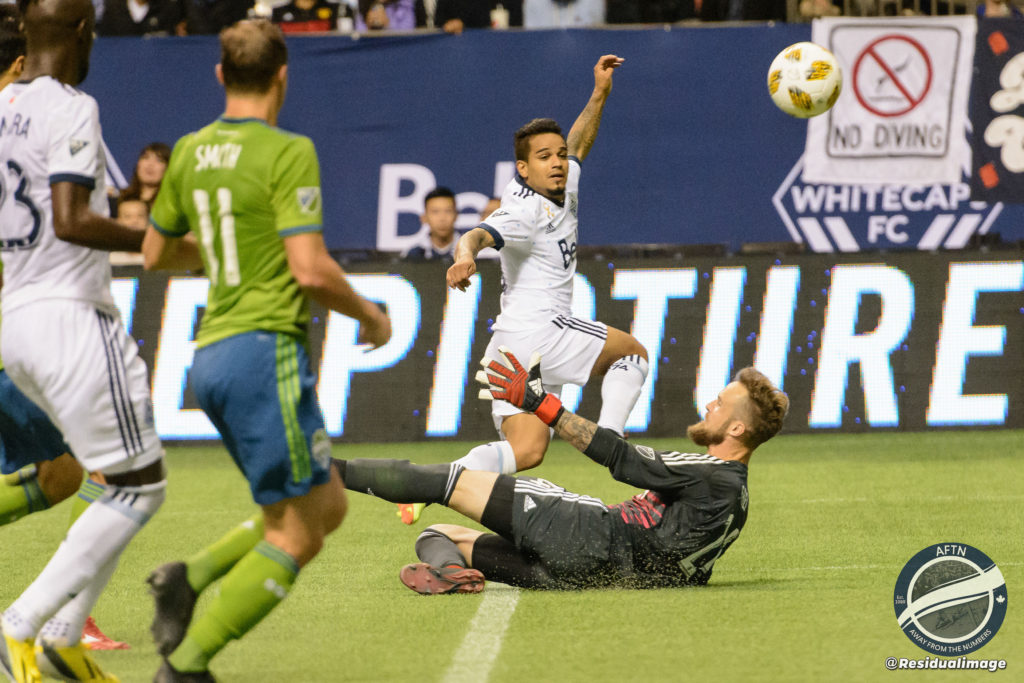 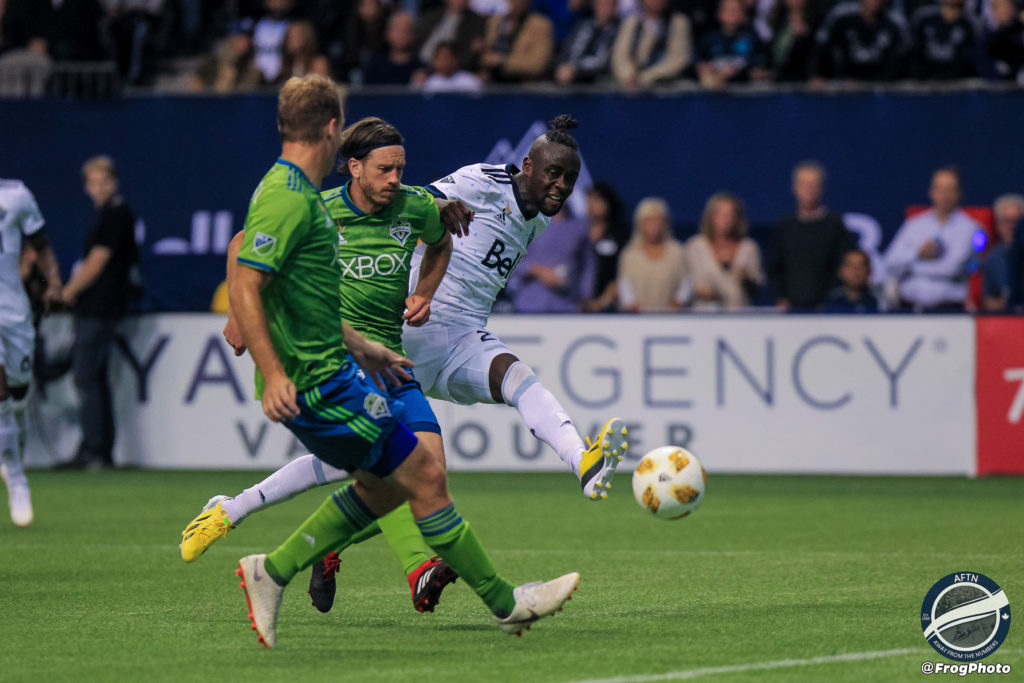 It wasn’t to be the ‘Caps day, as demonstrated at the start of the second half when Kei Kamara made room for a shot 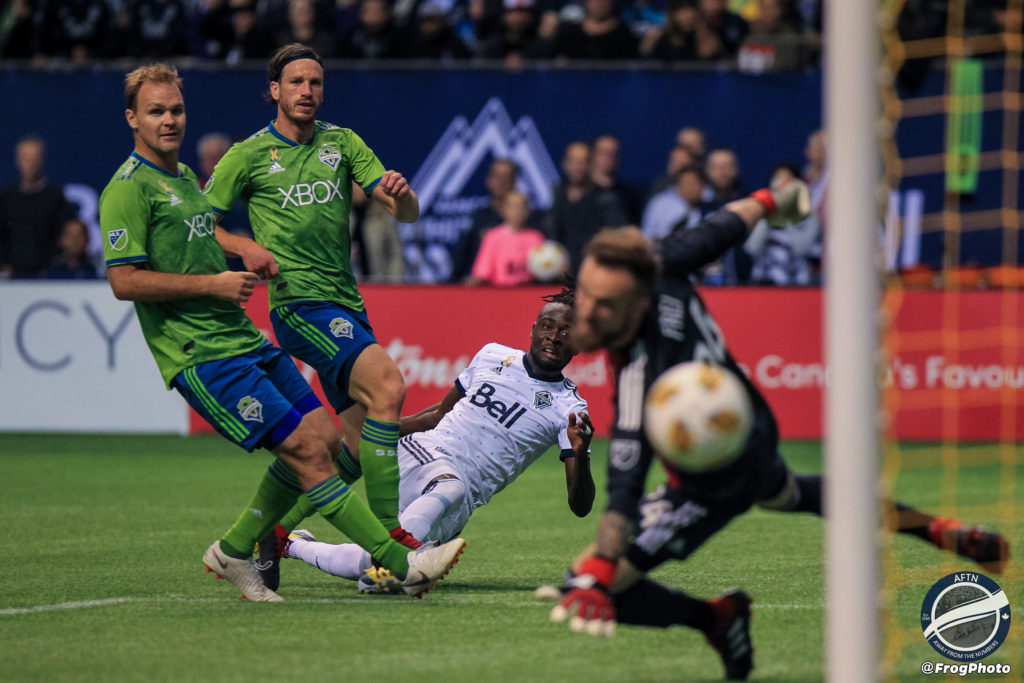 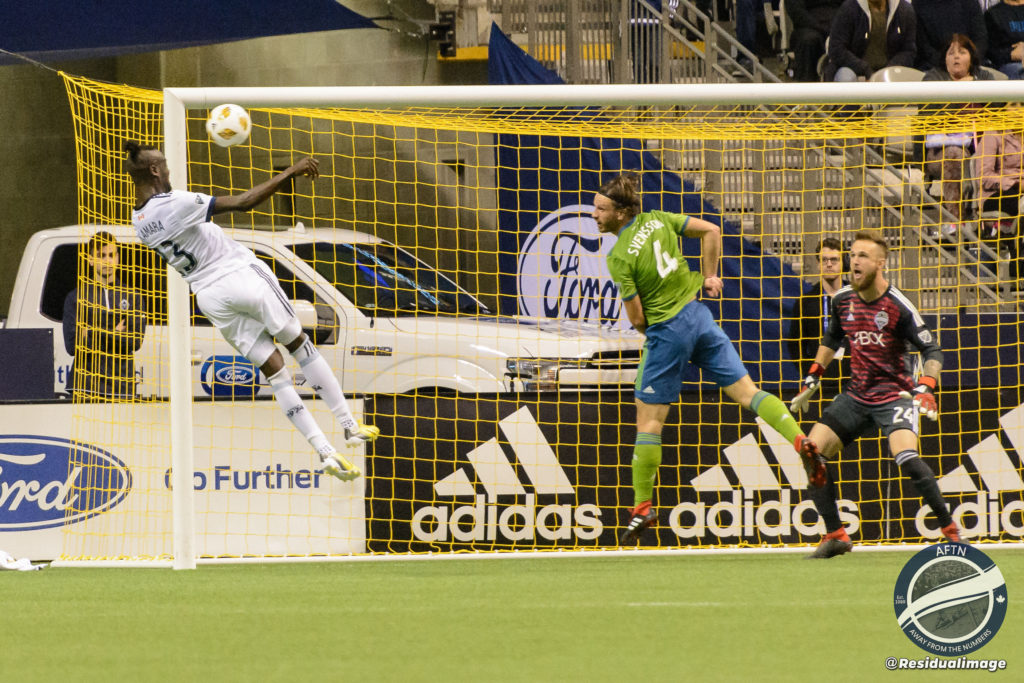 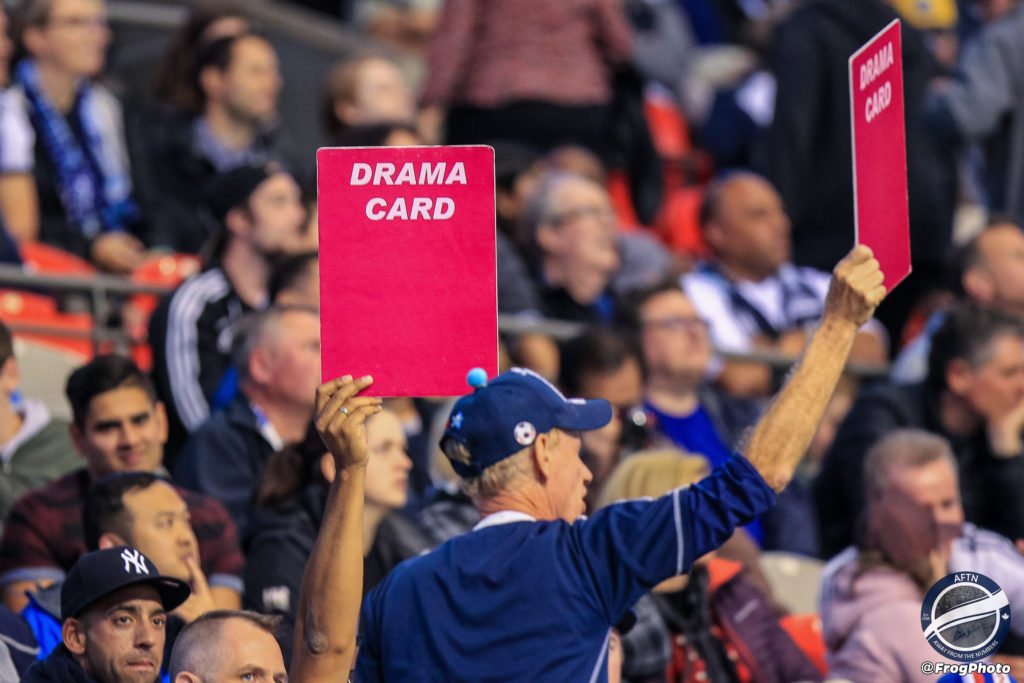 So much drama! Just not Whitecaps goals 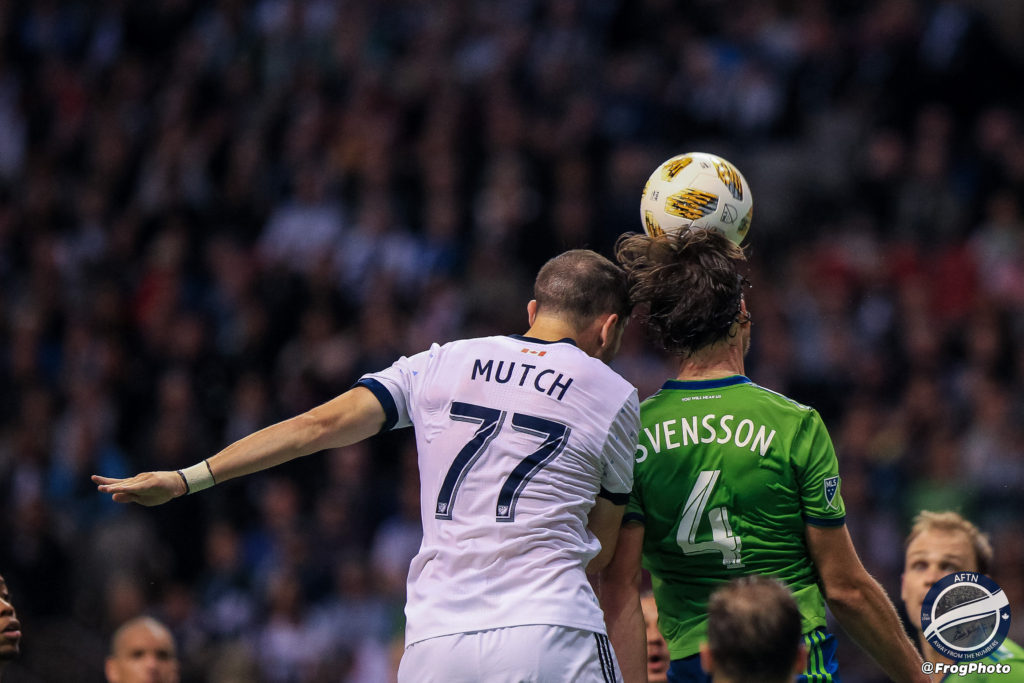 Jordon Mutch nearly tied it up in the closing seconds, but his flick from in close went inches past the left post 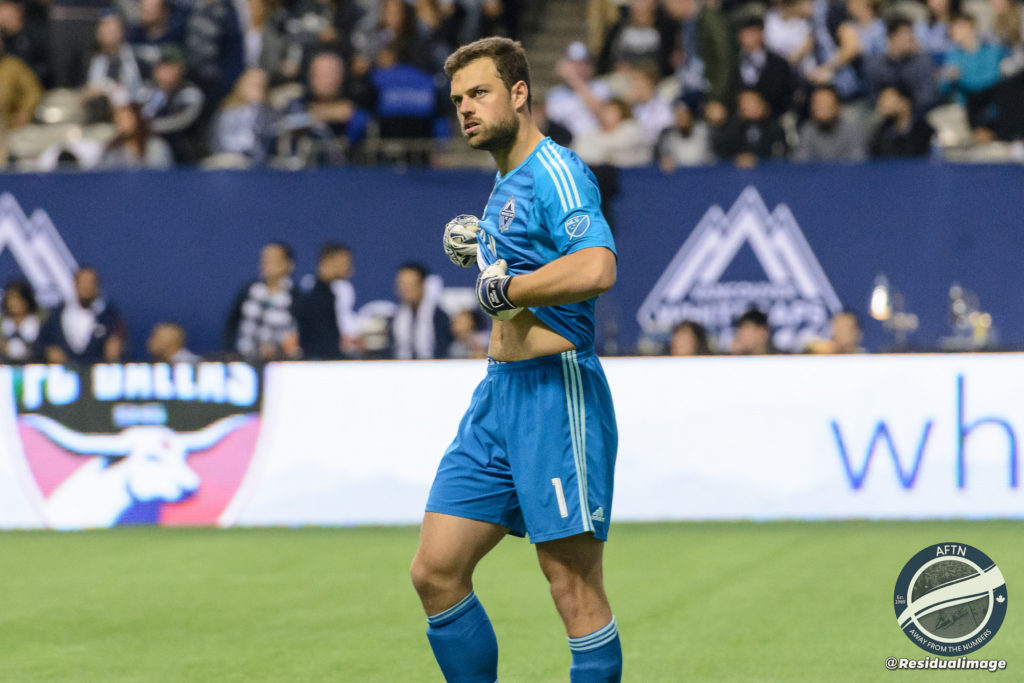 And as the final whistle sounded, Stefan Marinovic’s face was how we all felt