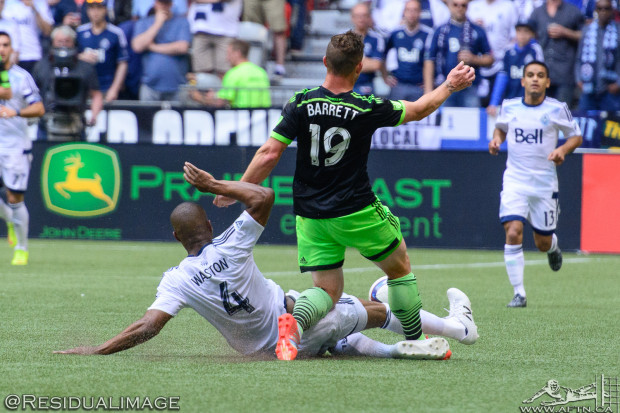 Some stories are sometimes best left untold. Vancouver Whitecaps 2-0 home loss to Seattle Sounders yesterday is probably one of those stories, but we’ve got some good photos from the match, so it would be a shame to let those go to waste!

A first half brace from Chad Barrett did the damage, as the Sounders comfortably held on for all three points and the Whitecaps were left to go “back to the drawing board” and try to regroup. With seven of their next eight matches on the road, they’re going to have to do that pretty quick. 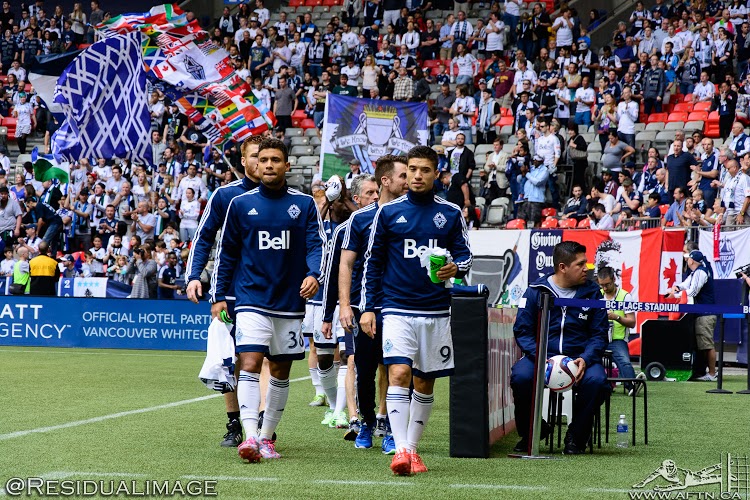 The calm before the storm – when ‘Caps fans were hopeful 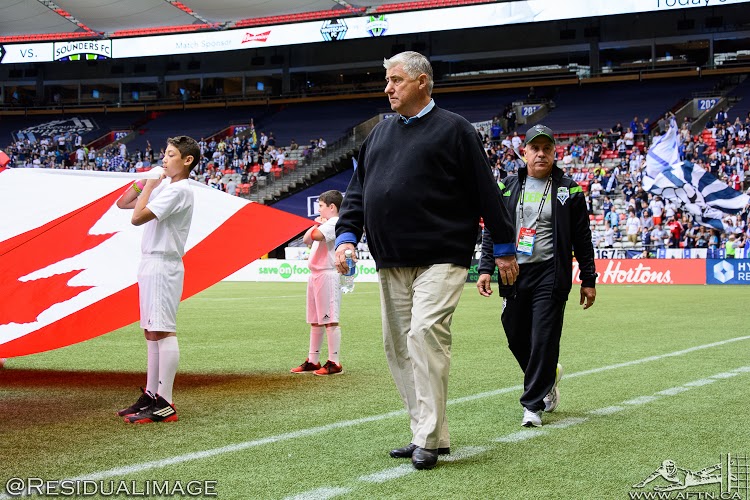 Would it be a feast or a famine for Sigi Schmid? 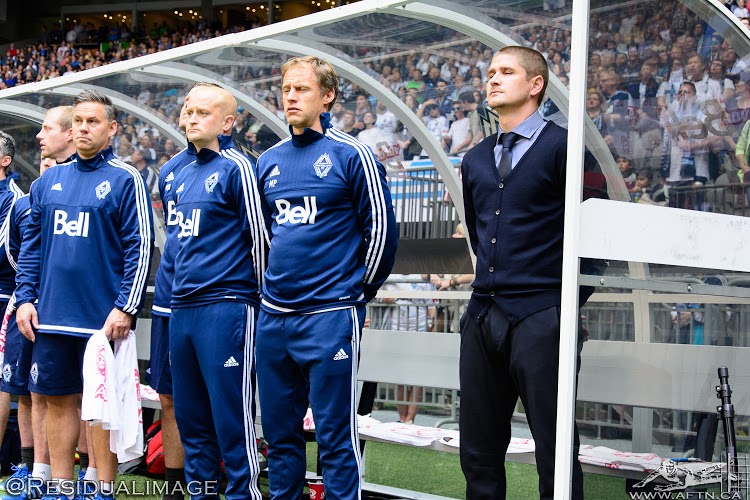 Carl Robinson gets lost in the moment 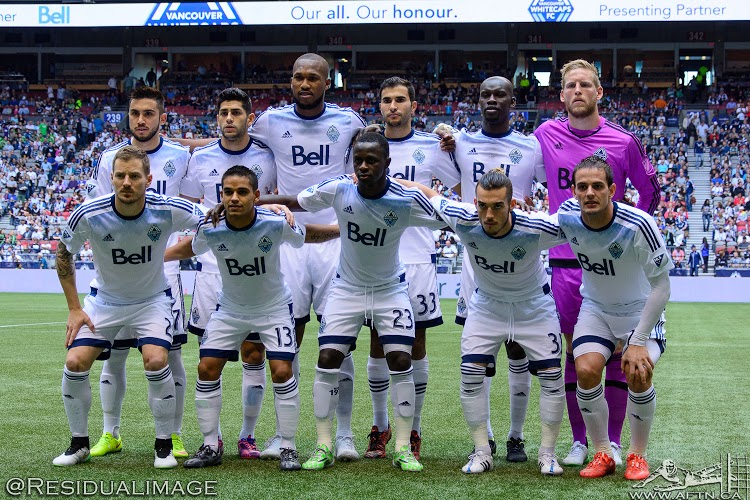 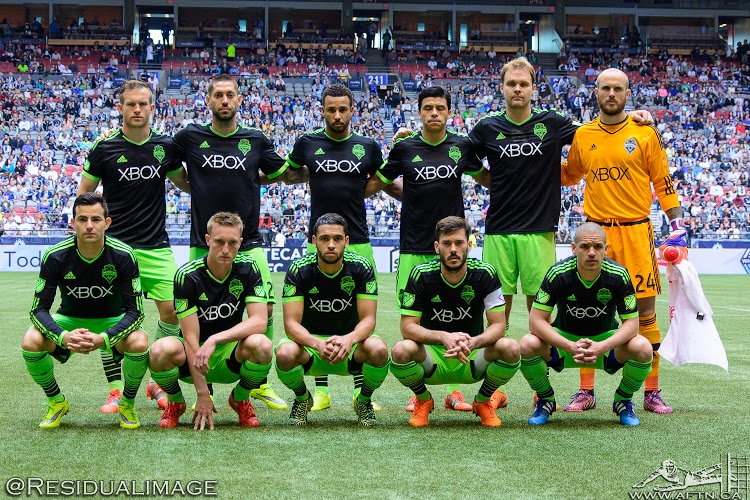 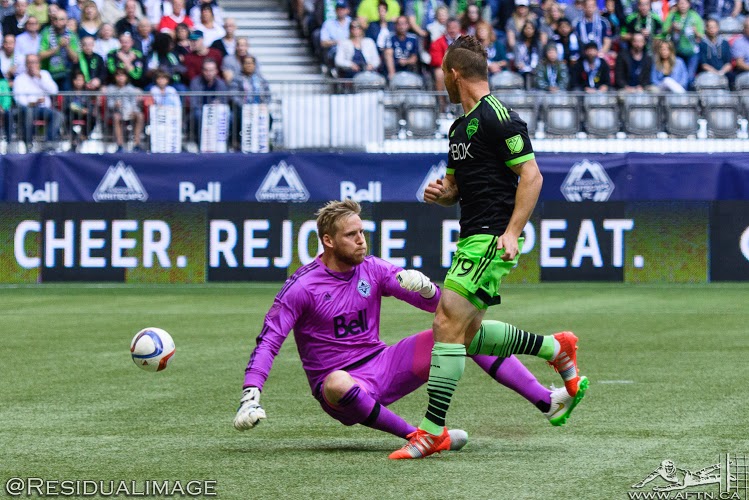 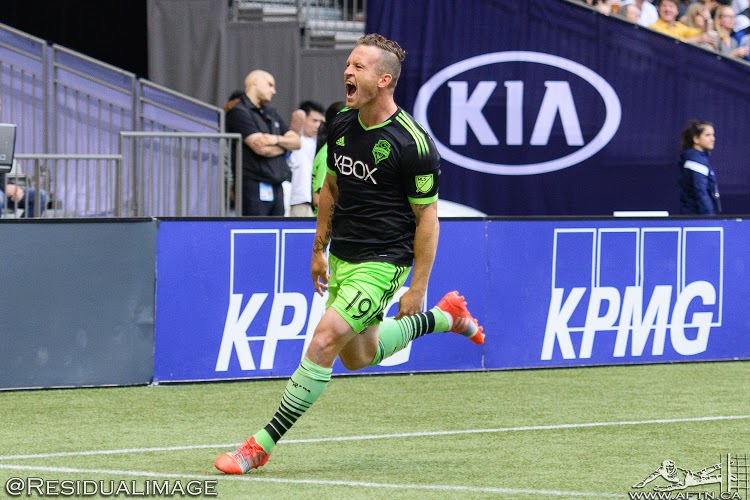 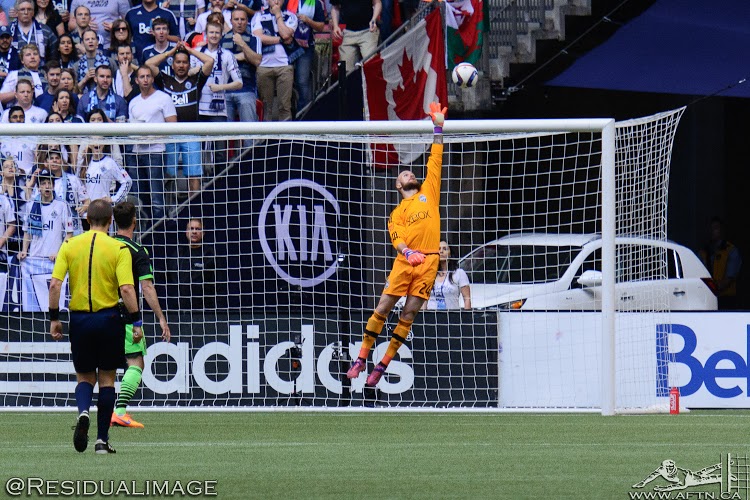 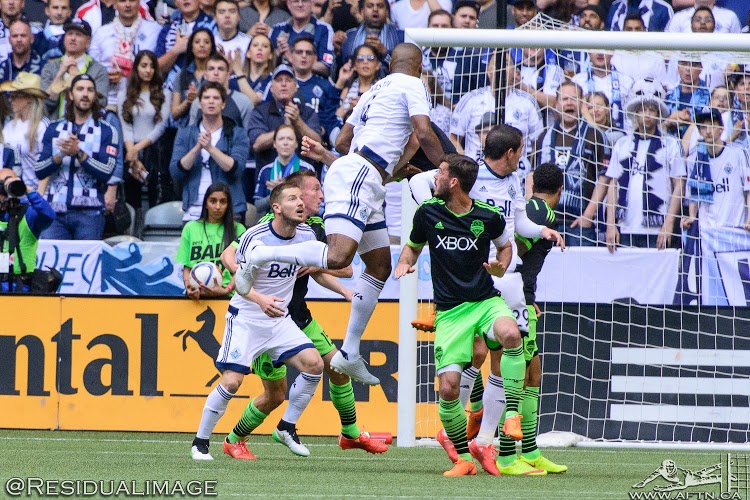 Then Kendall Waston comes close to an equaliser for the ‘Caps 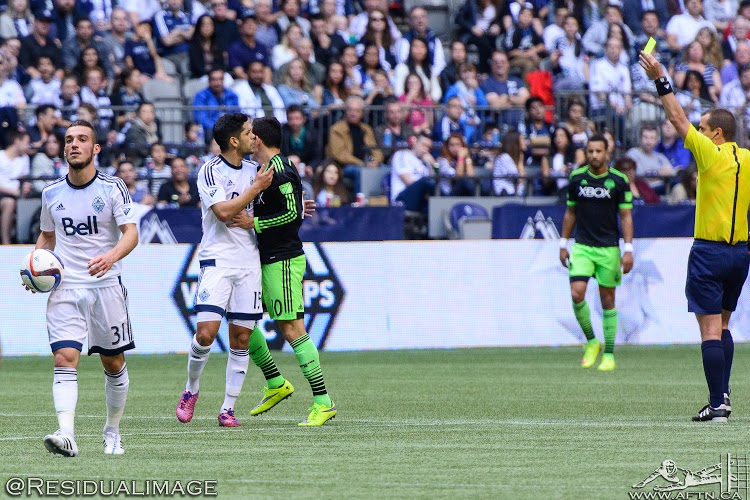 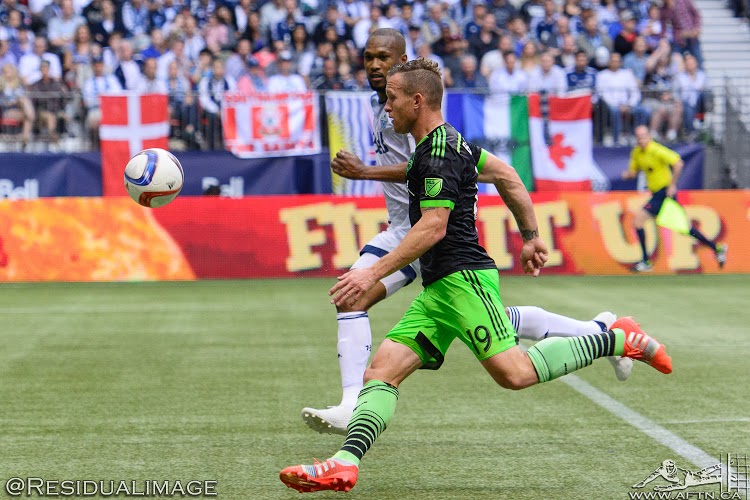 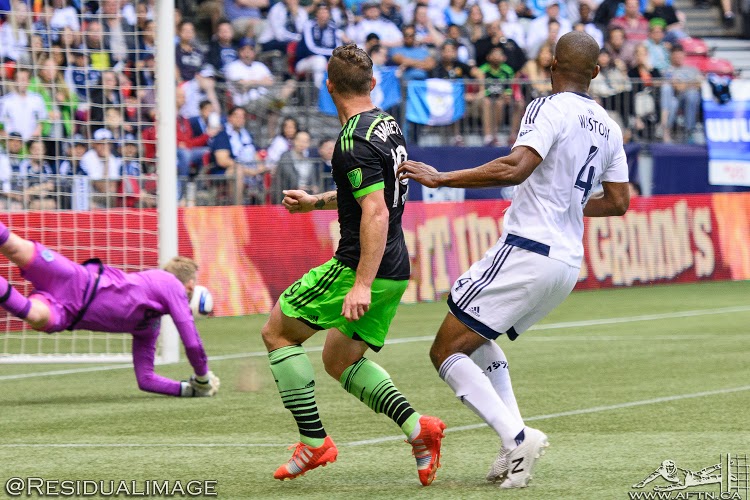 Someone loves X-Box (us if there’s any freebies going!) 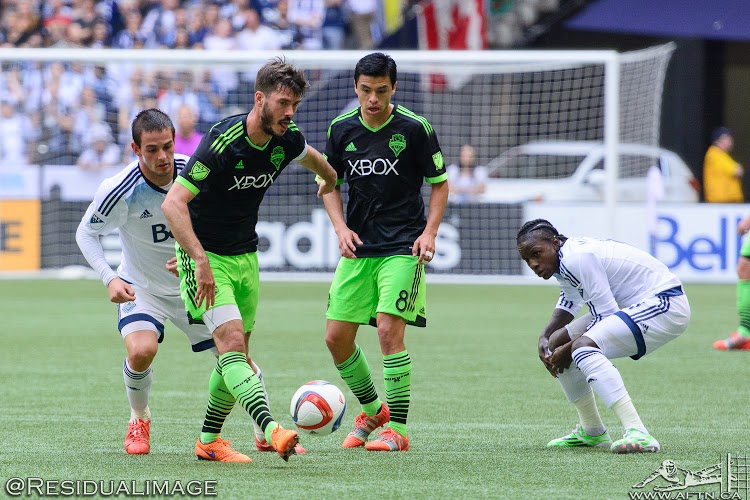 With nothing happening in the second half, Darren Mattocks sees what it’s like to be Cristian Techera for a bit 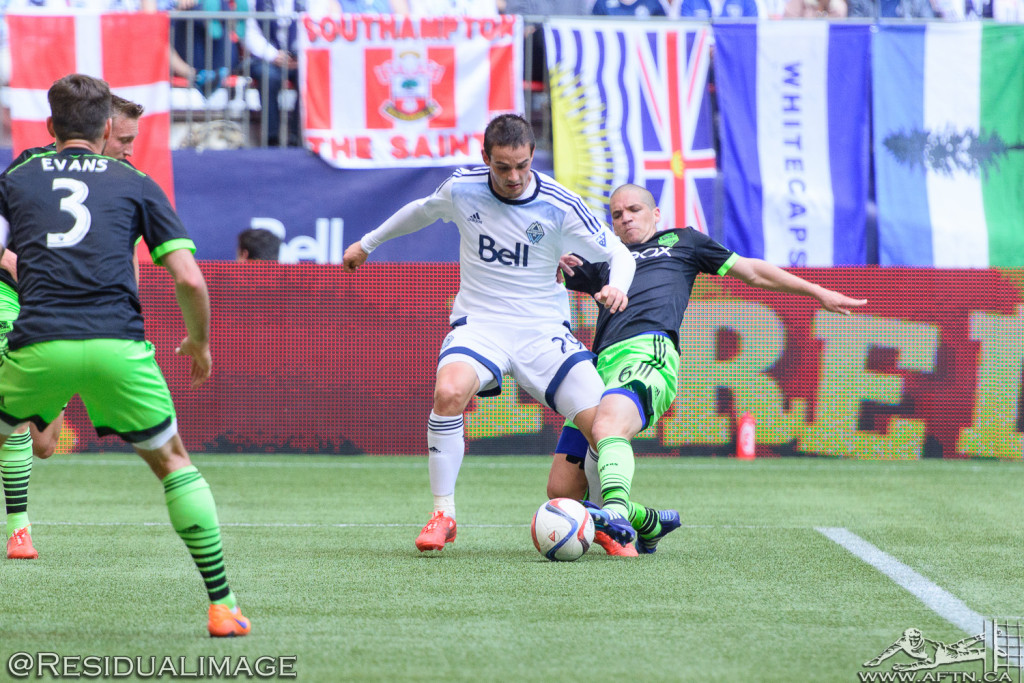 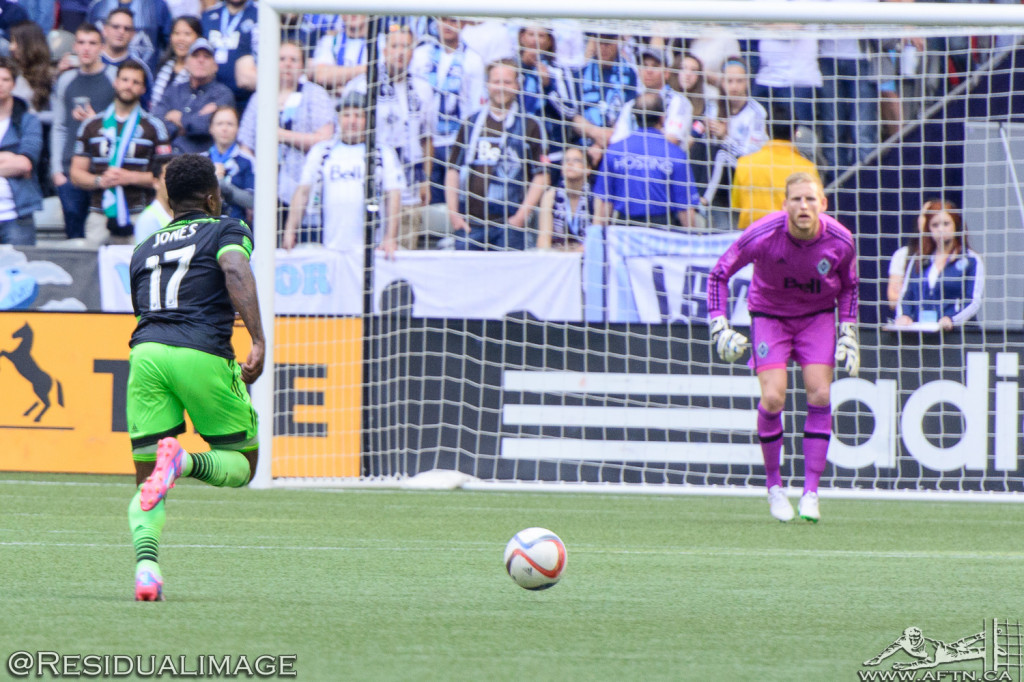 Darwin Jones nearly makes it 3-0 for Seattle late on, but Ousted comes up big 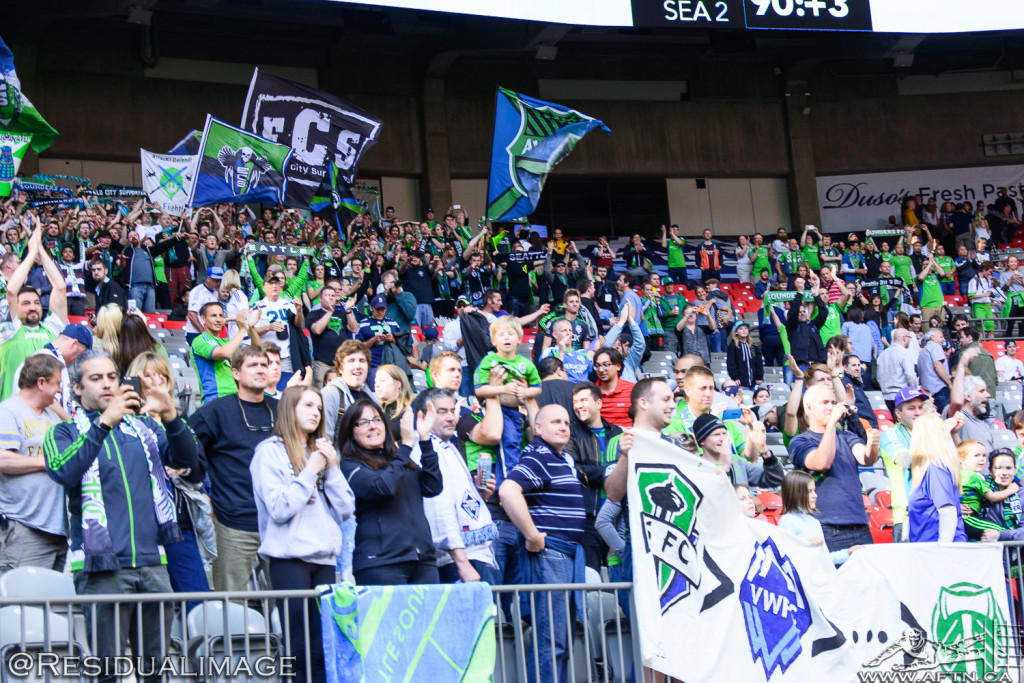