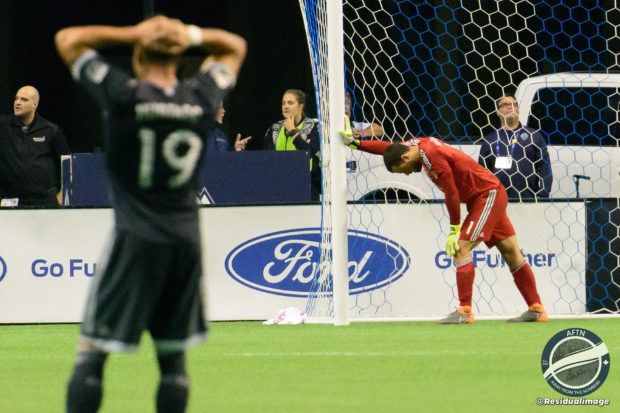 Vancouver Whitecaps playoff math was simple. Three wins and they were guaranteed a spot in the postseason.

The Whitecaps have controlled their playoff fate a lot of late, but each time they wasted their opportunities and that proved to be the case once again, as a four goal second half blitz from Sporting KC undid all the good work an undermanned Vancouver side had produced to take a one goal half time lead from Felipe’s first as a Whitecap.

Two wins could still get the ‘Caps into the postseason. That’s looking increasingly unlikely, as is the future of many of the current squad based on Wednesday night’s performance at BC Place.

AFTN photographer Tom (@ResidualImage) was there to capture the action before, during and after the game. Here’s his “Story In Pictures”, with a full Flickr slideshow at the end. 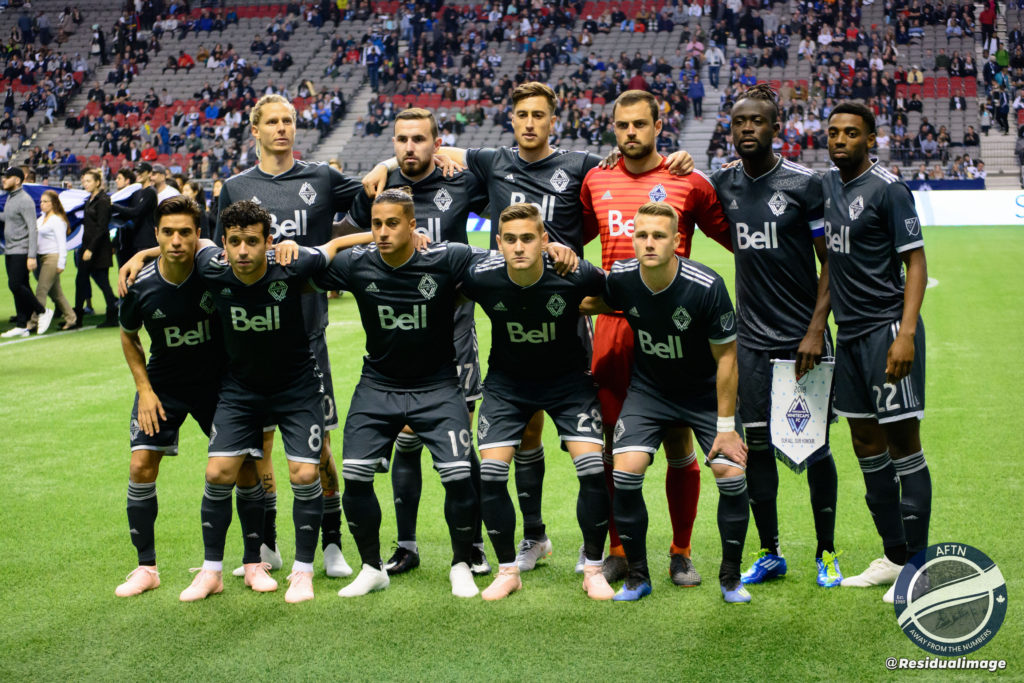 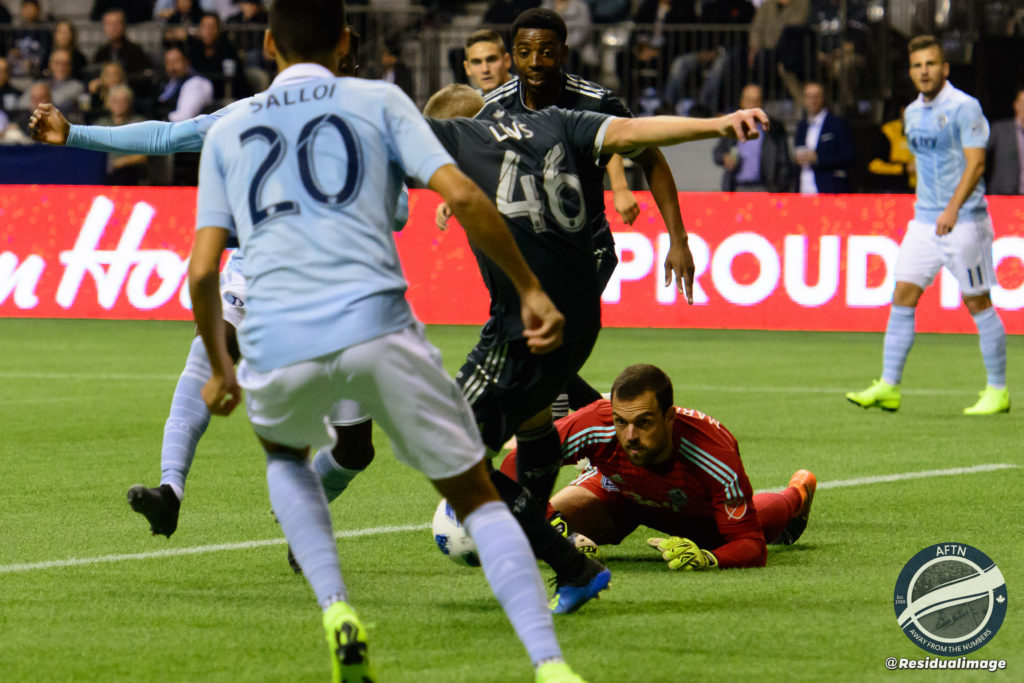 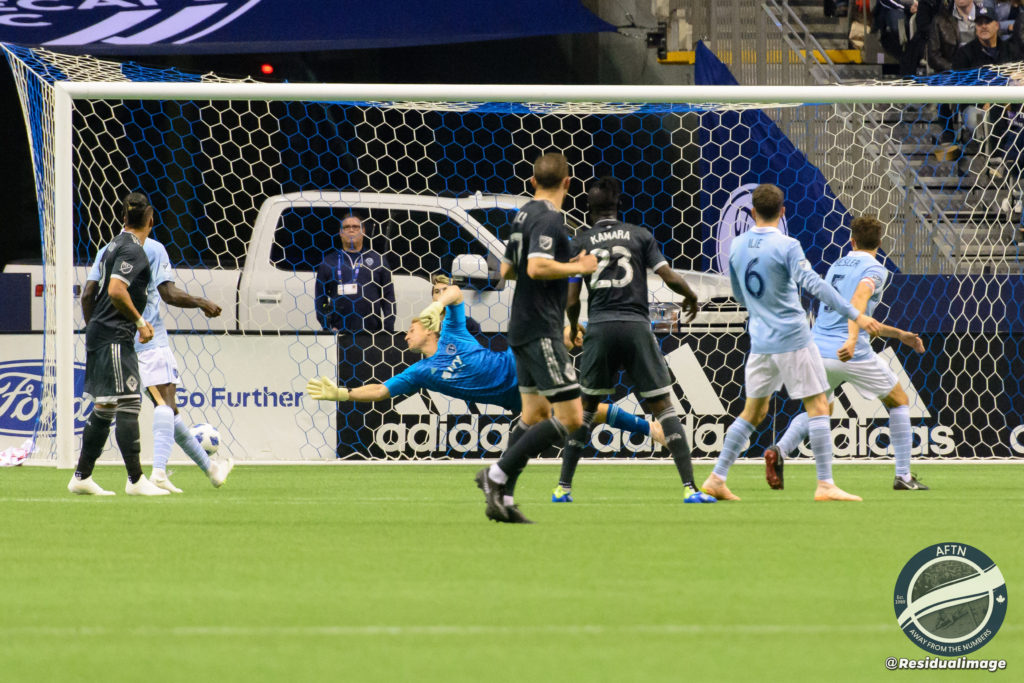 But three minutes before half time, Vancouver got what they hoped would be a vital go-ahead goal, with Felipe burying a low one 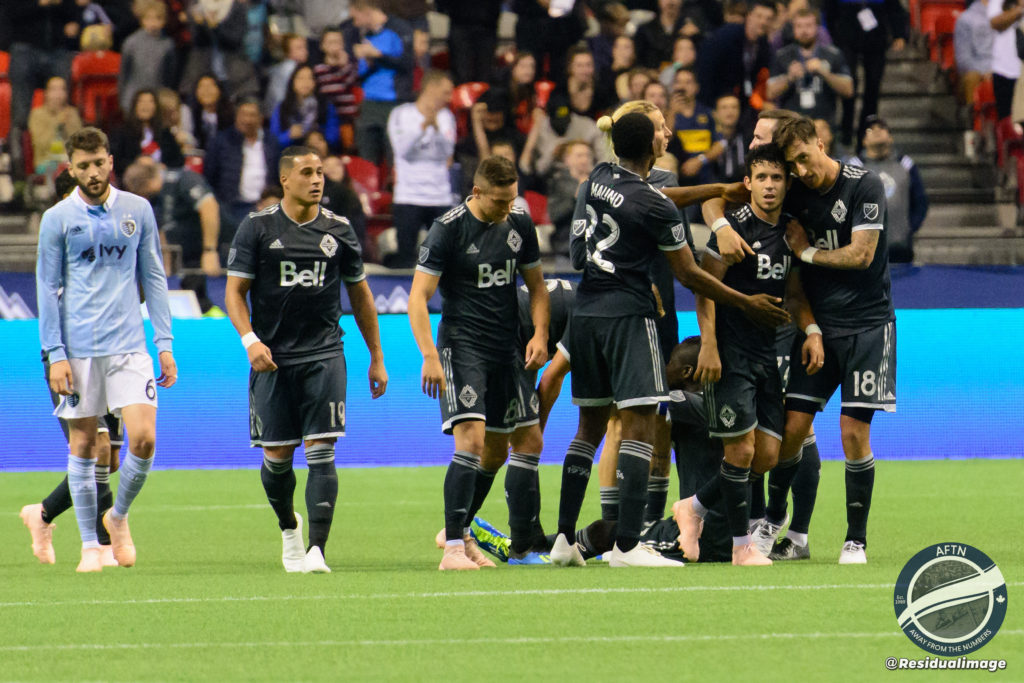 Get in there! His first goal as a Whitecap 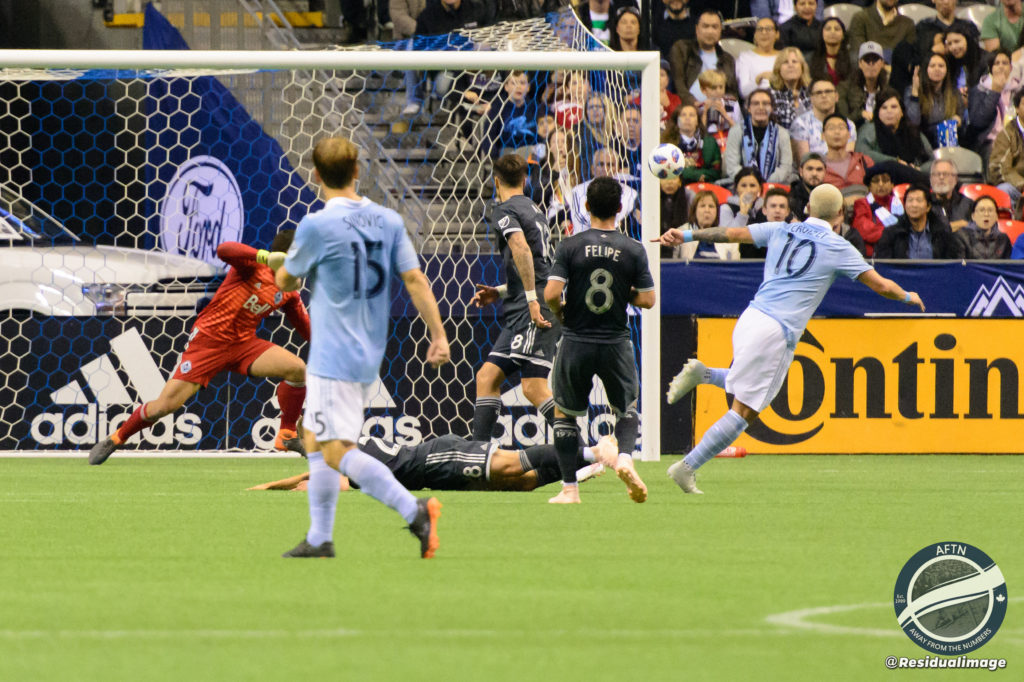 But despite pushing for a second, it was KC who struck next when the ball came to Yohan Croizet at the edge of the box 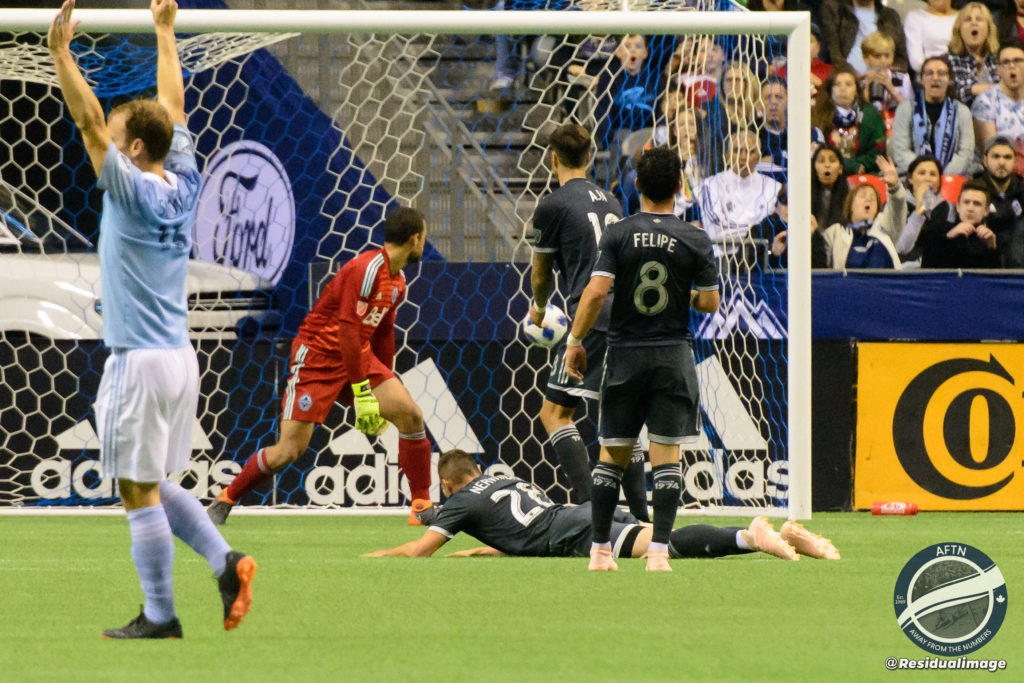 And despite being seemingly injured, he fired past Marinovic to make it 1-1 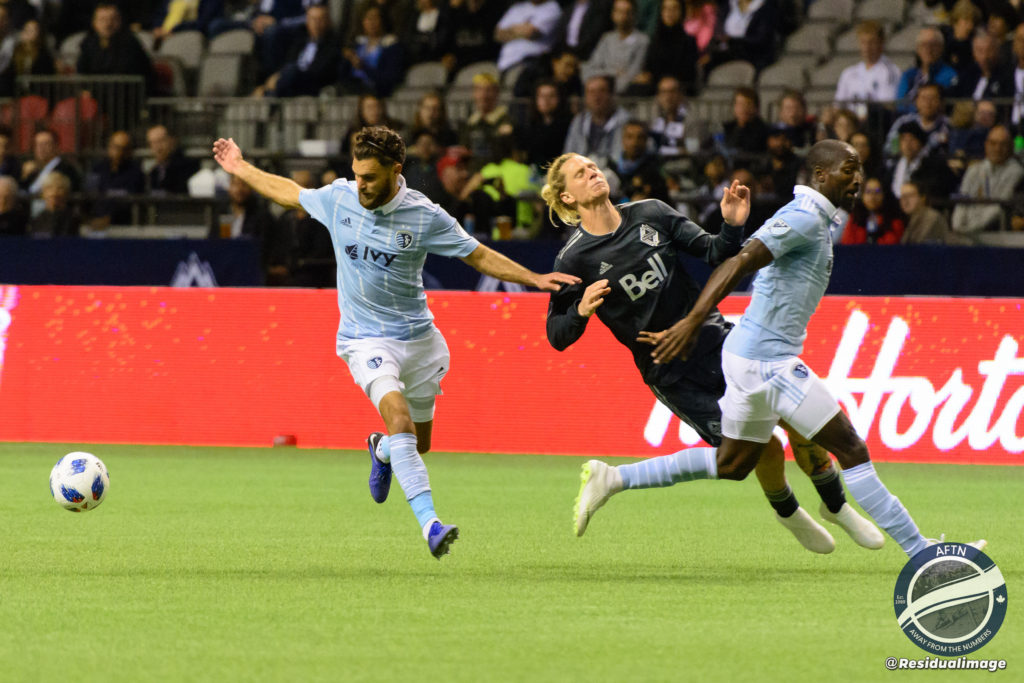 Brek Shea felt he was fouled soon after, and let his feelings be known to the assistant referee when he was subbed off 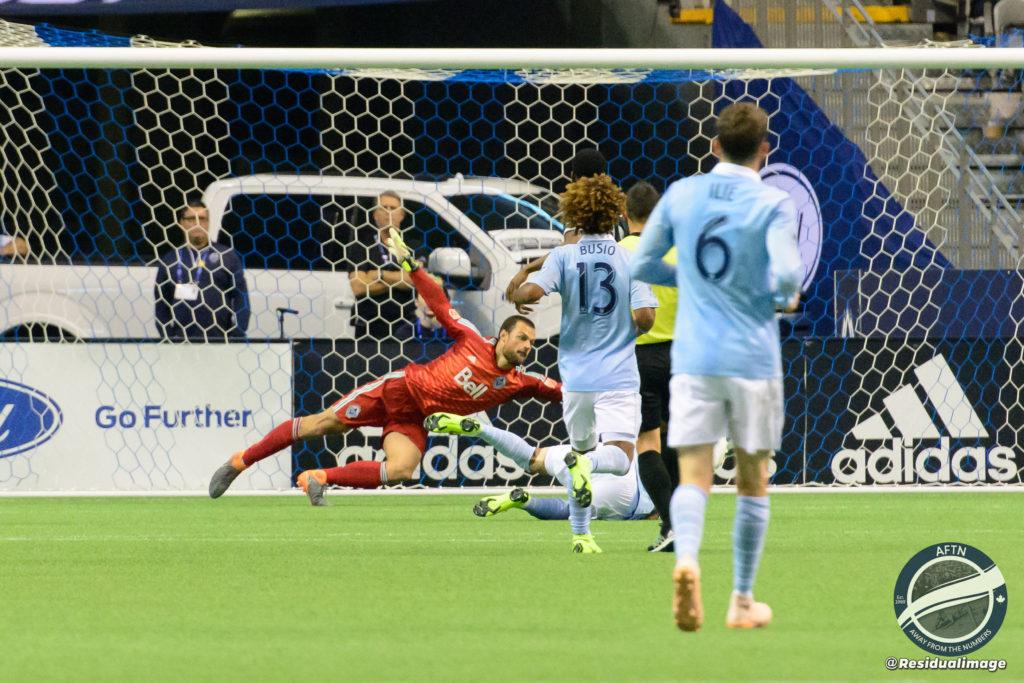 With the game finely poised, Vancouver’s defensive frailties came back to haunt them in the 82nd minute when Jose Aja wasn’t strong enough at holding off his man, allowing the ball to be played to Daniel Salloi, who fired the visitors ahead 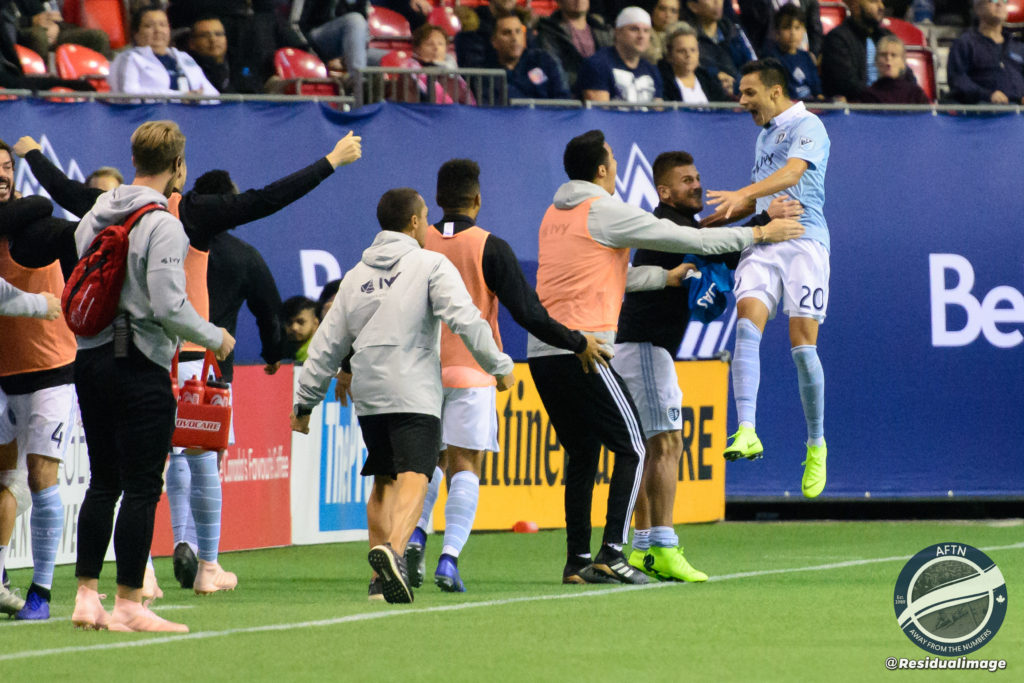 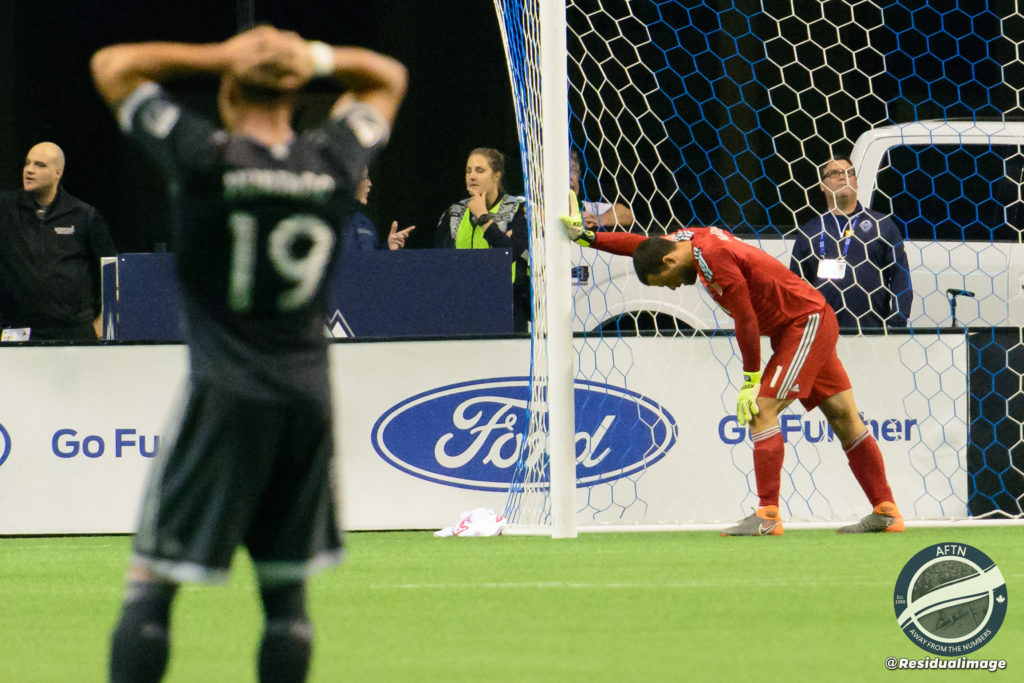 And the Whitecaps’ faces said it all 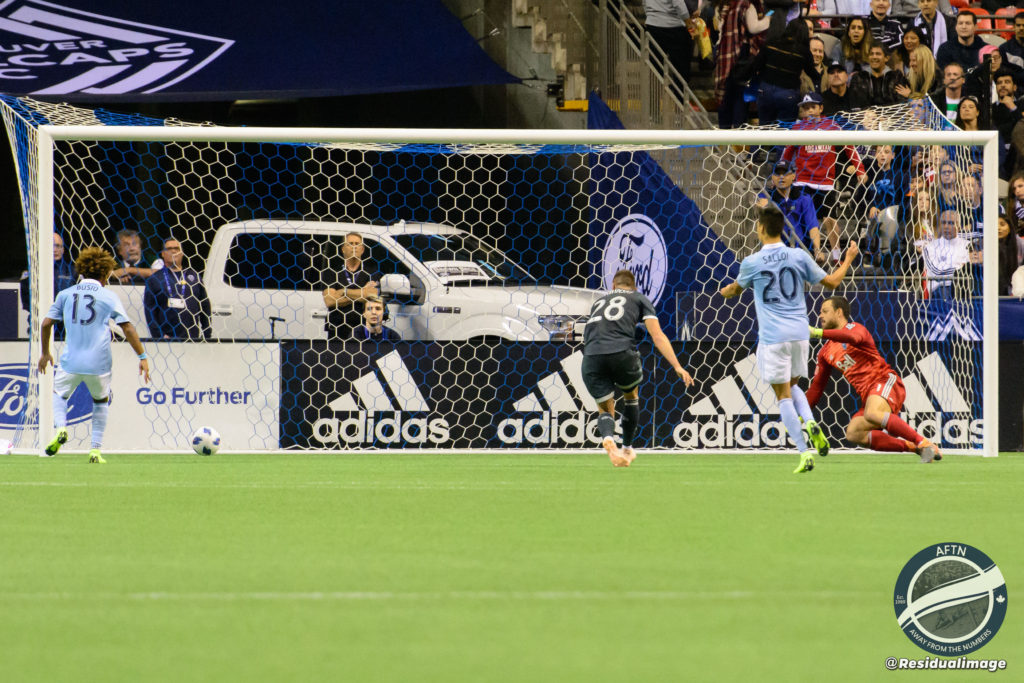 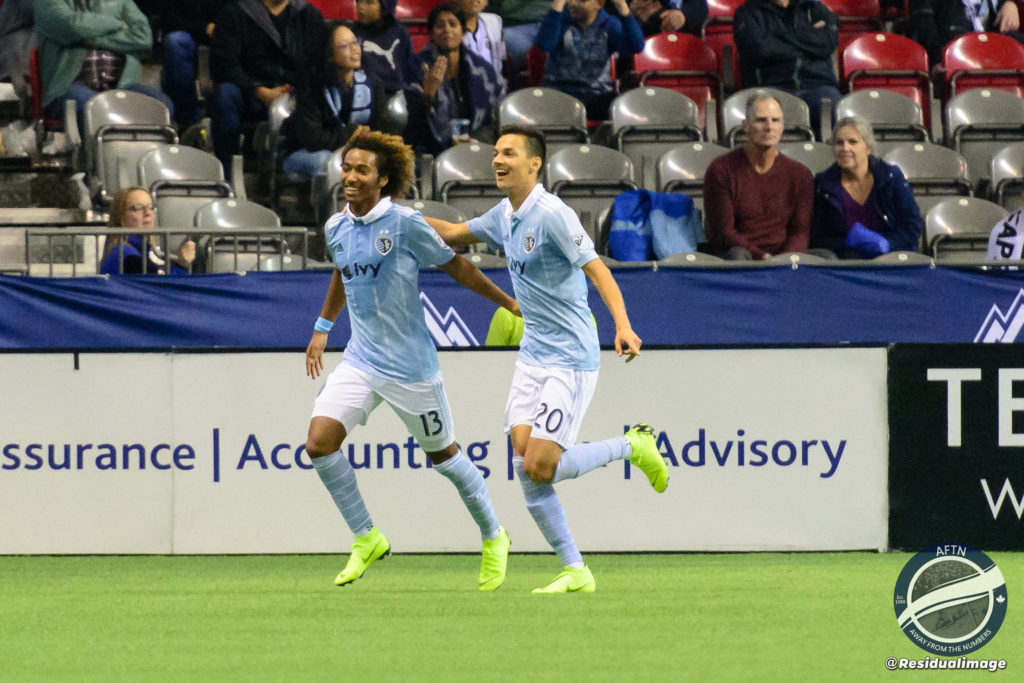 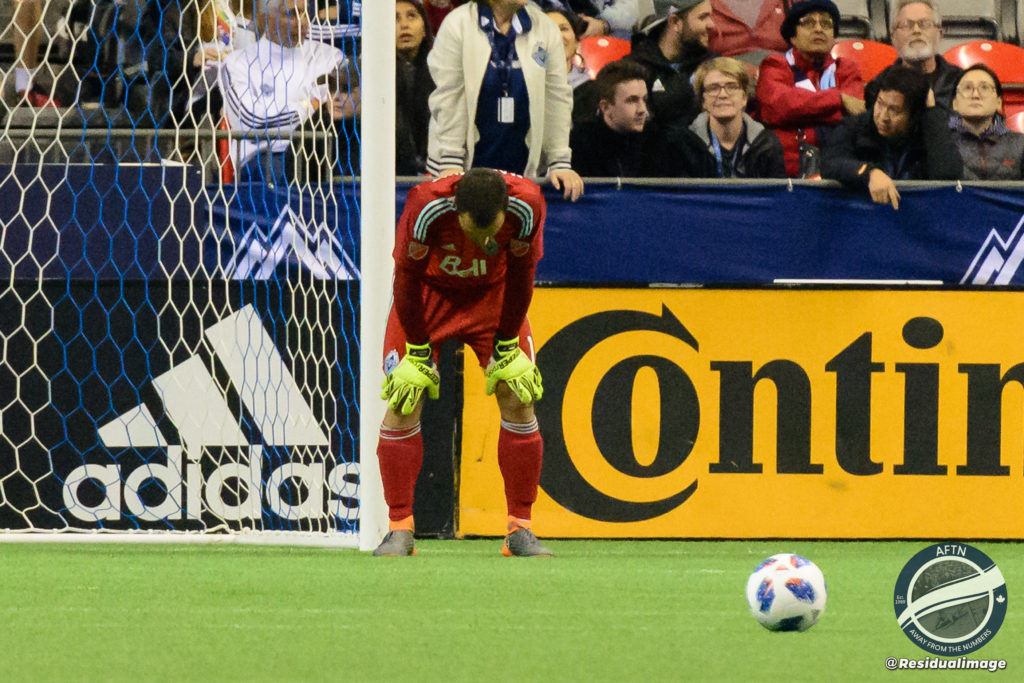 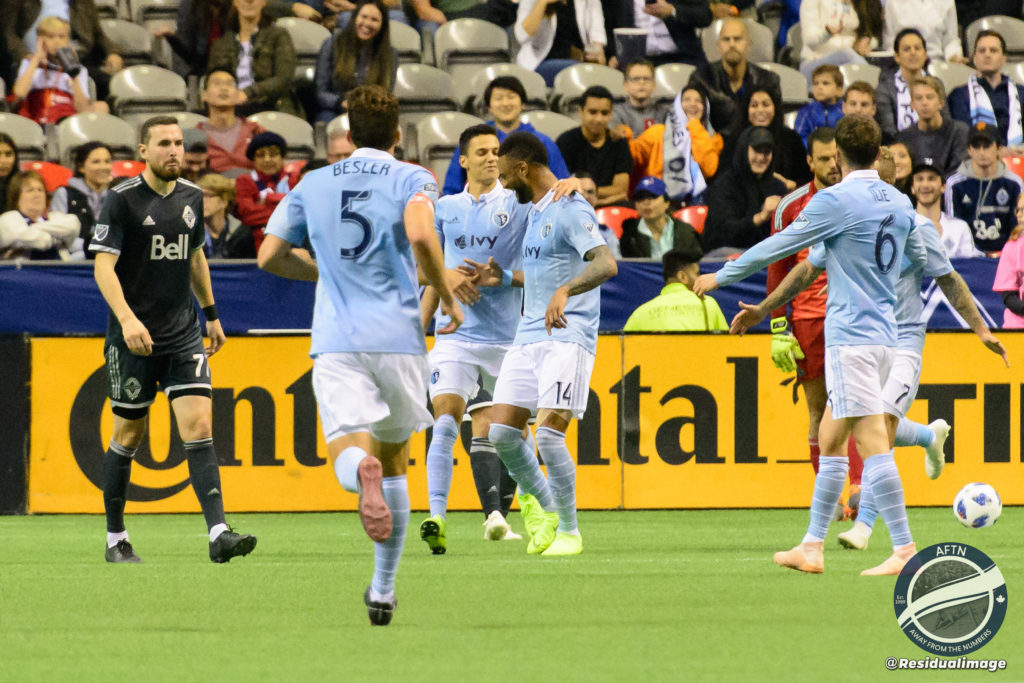 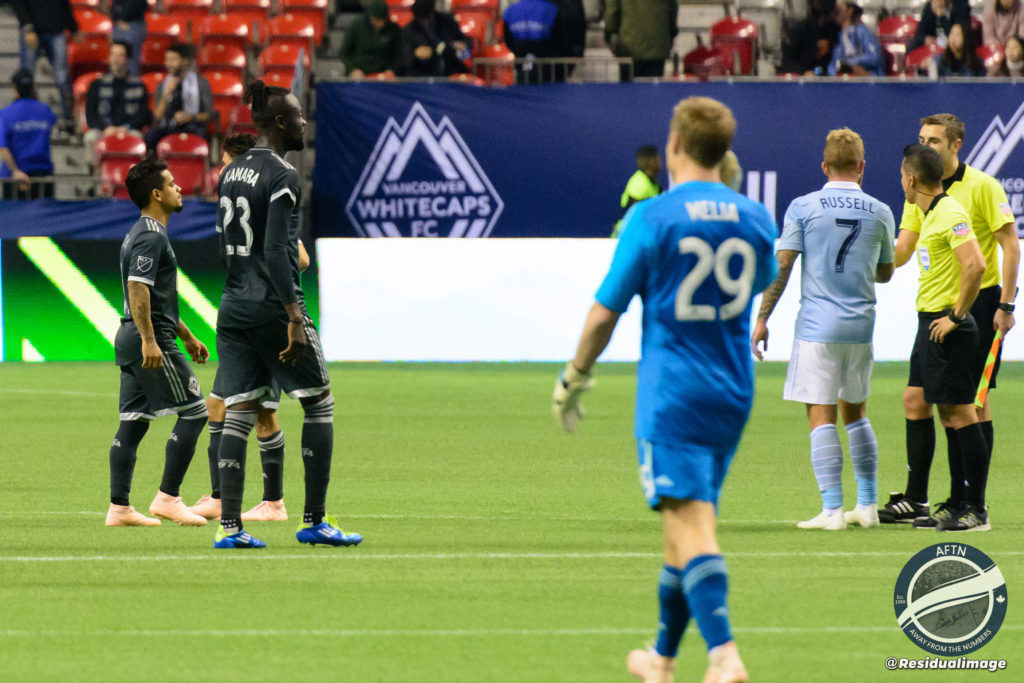 And then the calm before the storm. Soon after this picture, Kei Kamara was sent off for grabbing Johnny Russell by the throat. A Capsy end to a Capsy match 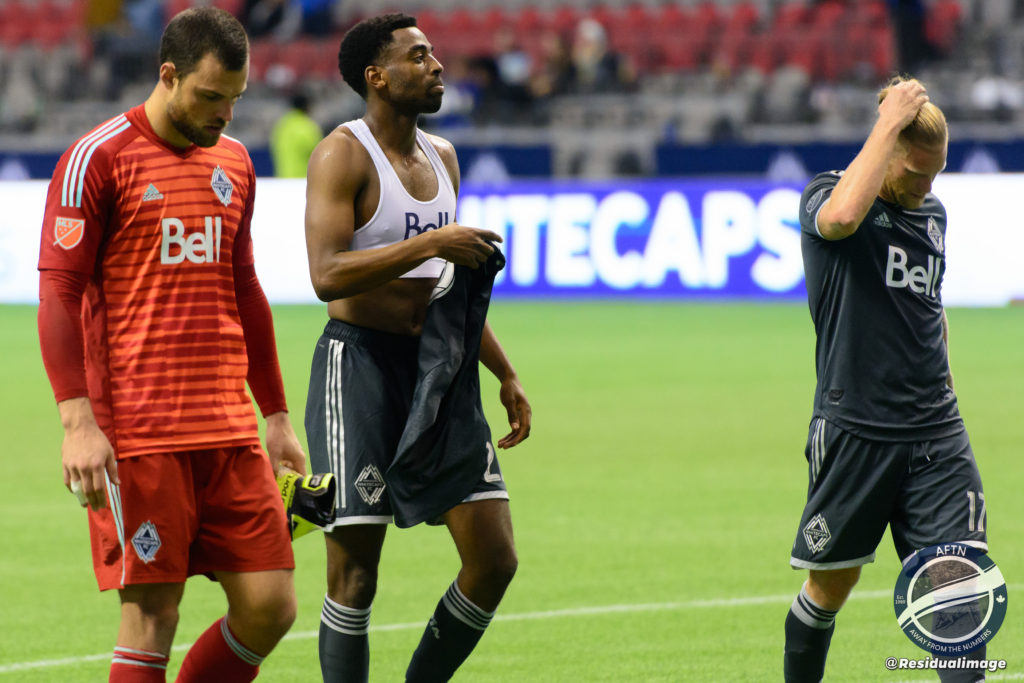 The ‘Caps season is almost done