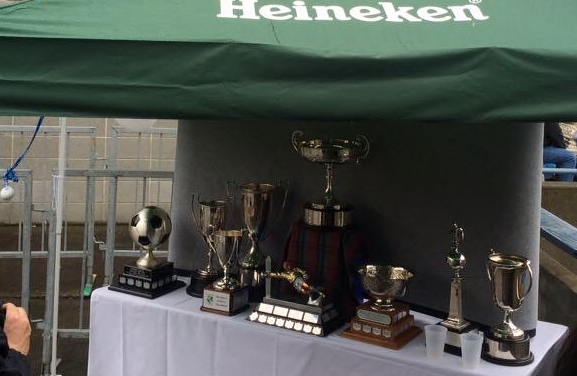 There is a reason you play all the games in a tournament instead of just putting the top two placed teams into the Final – because anything can happen.

While some results finished as some would have expected, there were several “upsets” in the weekend’s cup semi-final action on the island, with a couple of underdogs going through to their Cup Final in two weeks’ time at Royal Athletic Park in Victoria.

The Jackson Cup was the perfect example of the underdog going through.

The top half of the bracket had Gorge going to Duncan and facing fourpeat Division 1 champions Cowichan LMG.

Gorge had been facing personnel challenges the last couple months, and Cowichan were no stranger to making their way to the Jackson Cup Final in the last 10 years.

Cowichan were able to strike first through Steven Scott, but Gorge answered quickly and Jon Shah tied it up at one apiece with ten minutes of the first half remaining. A second half penalty from Dominic Colantonio put Gorge ahead and made Cowichan push hard for the leveller. The favourites had plenty of opportunity to score, but it did not materialize and Gorge sealed the win with a third 12 minutes from time to overcame the odds and take down Cowichan by a 3-1 scoreline.

The other side of the bracket had Vic West hosting Lakehill.

With all the additions Vic West had made in the previous couple months, I’m pretty sure most thought the storied club would be making a long awaited visit back to the biggest game of the local soccer scene on the island. But much to the credit of Lakehill, some hard work, and some strong play, along with capitalizing at the right time means they are going to the final and looking for their first ever Jackson Cup trophy. A second half penalty from Ryan Andre gave Lakehill the shock 1-0 win.

Vic West had their fair share of chances, but between not being able to finish them and going down to 10 men early in the game, it was not meant to be for the Greens, who also finished the match with ten men.

The Tony Grover Master Cup went somewhat according to what most assumed would happen.

Gorge Backfit took down old rival Vic West 7-1 to end that Cinderella story, while on the other side of the bracket, Cowichan were able to defeat the Cordova Bay Bobcat squad 2-0.

Cowichan now return to the Final looking for their second straight gold medal, in what should be a very good game between two well matches teams.

The George Pearkes Challenge Cup had its fair share of drama.

The top half of the bracket saw heavily favored Saanich Fusion defeated by Propsect Lake Kal Tire. The Fusion are top of the table in Division 3B, while Prospect Lake are middle of the table on the 3A side.

The other side of the bracket had a spirited affair between Gorge and Hellas. Gorge had a comfortable lead until late in the second half when a late goal by the Hellas added a little bit of heat. After all the dust settled, Gorge held on to defeat the Hellas squad 3-2.

The George Smith U21 Cup semi-finals had a little bit of everything.

Vic West were able to claw from behind to beat Juan de Fuca 2-1. Vic West had a comfortable draw in getting to the final as they were the only team to receive a bye.

On the top half of the draw, in an entertaining match, Cowichan were able to hold off a dominating Prospect Lake team and finish up with a 2-1 victory. There were plenty of chances for Prospect Lake, but they were unable to break through a hard working Cowichan team.

The VISL Cup finals day will take place on Saturday March 24th and Sunday March 25th at Victoria’s Royal Athletic Park and will play out as follows:

You can find all the latest VISL news, results, standings, and schedules on visl.org.