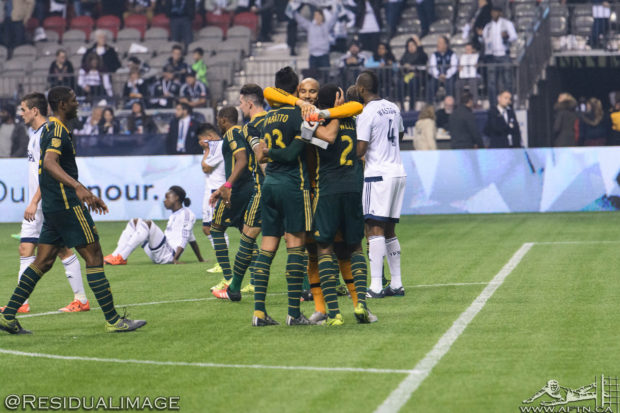 On Thursday night, Vancouver Whitecaps will face Seattle Sounders with their respective seasons on the line. At stake is the second leg of the MLS Cup Western Conference semi-final, and with the first leg a dour 0-0 draw, it all comes down to a one game knockout today. To try and predict what we can expect from this game, here’s a look at what recent experiences the Whitecaps have had in the world of two-legged, aggregate series.

Since entering MLS in 2011, Vancouver Whitecaps have taken part in 15 different home-and-away two-legged series across three different competitions (MLS playoffs, Canadian Championship/Voyageurs Cup, and the CONCACAF Champions League). The ‘Caps’ record is fairly even, having won seven of those series and lost eight.

The Whitecaps have hosted the first leg of a series on four out of those 15 occasions; twice against TFC (both 1-1 draws, both times TFC won the second leg), and once against the Impact (this year’s 2-1 win at home followed by a 4-2 loss in Montreal). On their way to winning the 2015 Canadian Championship, the Caps also hosted FC Edmonton in the home leg of the semi-final—an utterly dreadful game rescued by Gershon Koffie’s 87th minute equalizer. On that occasion, Vancouver pulled off a 2-1 win in the return leg in Edmonton, thanks to Matías Laba’s 97th minute winner.

So if we once again ignore USL/NASL opposition (apologies, etc.), Vancouver are 0-3 when it comes to hosting the first leg of a two-legged series. Even winning the first leg isn’t enough to save them.

If those who ignore history are doomed to repeat it, then the Whitecaps need to learn from both their recent failures and successes in this format.

The first lesson learned is the importance of an away goal, and if there’s a silver lining, it’s the clean sheet kept by Stefan Marinović in the first game. Having been on the wrong side of the away goals rule twice in the recent past, in the 2014 and 2016 Canadian Championship finals, the ‘Caps will be relieved to have avoided that fate this time. The 27,000+ fans in attendance won’t all have seen it this way, but the 0-0 was a good result in that context. 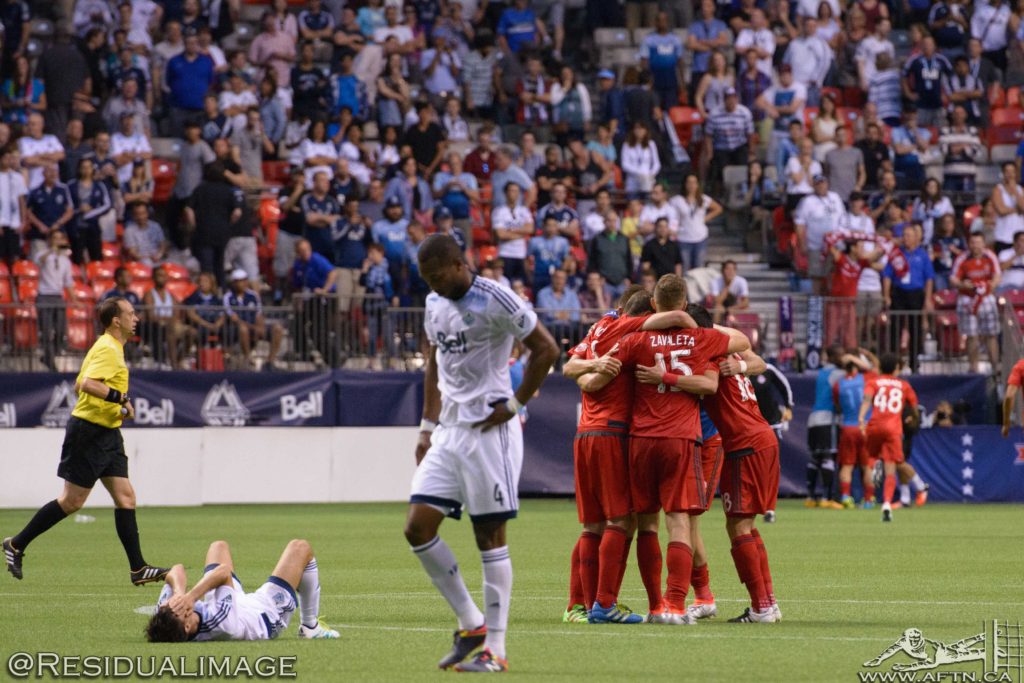 The second lesson is the importance of the oft-clichéd early goal, particularly in the second leg. For example, look at Vancouver’s CCL foray this year. In the quarter-final, Alphonso Davies’ fifth-minute goal (combined with an away goal in the first leg) took the wind out of the Red Bulls’ sails and made for a far more comfortable game. In the semi-final against Tigres, Brek Shea’s third-minute goal gave the ‘Caps some momentum, even if they were ultimately unable to build on it.

Robinson also seems to be trying to draw inspiration from the 2015 Western Conference semi-final. Portland’s first half goal in the second leg, although not really meeting the definition of an ‘early goal’, basically sealed the win for the Timbers right then and there, coming as it did on the heels of Kekuta Manneh limping off.

The Whitecaps will almost certainly prioritize keeping a third clean sheet in a row, and hope to snatch an away goal on the break or from a set piece (see the game plan filed under Kansas City, Sporting).

Carl Robinson may not be too keen on another 0-0, though, considering that the ‘Caps have missed more penalties than they’ve scored this year. Vancouver have only taken part in one penalty shootout since 2011, that one ending in defeat to TFC. Apparently penalties are the one type of set-piece that doesn’t treat the Whitecaps kindly.

Although the Whitecaps are entering uncharted territory heading into Leg 2 following a 0-0 draw, their history in this type of game is not particularly promising. Neither is history all that promising at the charted territory that is CenturyLink Field. The ‘Caps have had some joy in Seattle in past years, but their last trip to the CLink was a painful 3-0 defeat.

On Thursday night, the goal will be to reverse some of that recent history. Can they learn from it in the process?