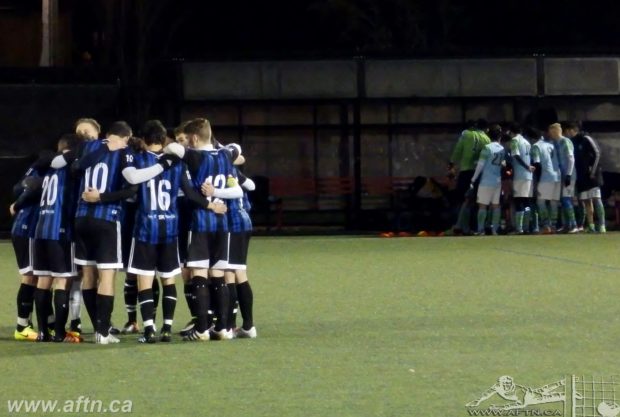 Cup action took centre stage in the Vancouver Metro Soccer League this past weekend, with the quarter-finals now set in both the Imperial and Division 2 cups.

Thankfully the snow kept away on the whole and all the games were able to be played, with the match we were most looking forward to taking place in Coquitlam on Friday night as defending VMSL League and Cup champs, and current Premier leaders, Coquitlam Metro Ford Wolves took on the daring young upstarts from Division 1, and last year’s Provincial B Cup winners, Campo Atletico.

And full credit has to go to an injury-ravaged Campo side who battled hard and played a near perfect game for 89 minutes, taking the lead at the start of the second half, before one moment of switching off in their defence saw all their hard work fall apart.

It was a weird start to match, with Campo having two players booked for dissent in the first five minutes after one of the assistant linesmen didn’t turn up and the makeshift guy flagged for an offside that caused confusion in the Campo ranks and nearly cost them a goal.

CMF dominated possession for the whole match, we must be talking 70-80%, but although they created some half chances they were doing very little with them and didn’t initially trouble the Campo keeper at all, who only had one first half save to make from a free kick just before the break. Campo were playing what seemed like a 5-3-2 formation that had Coquitlam struggling to know how to deal with them, and they were looking lively on the counter.

Scoreless at the half, you certainly felt that a cupset could still be on and the second half had an explosive start with the Campo keeper pulling off a great save, setting his side up for the quick counter up the pitch where they caught the home side short and all at sea, slotting home to go one up with a well taken goal.

Instead of sitting back, Campo pushed CMF hard and had a dominating 5-10 minutes but couldn’t find the second. The last half hour, and especially the last 15 minutes, saw wave after wave of Coquitlam attacks, squandered chances, saves, and a well organised Campo team keeping them at bay. As did the woodwork, which Wolves hit four times in the match.

But just when it looked like the cup shock was on, Campo switched off in the 89th minute allowing Sang Hwang to head home an ugly goal from a long ball into the box that he should never have been allowed to get to. 1-1 and on to extra time.

The whole mood seemed to change and it felt like there was only going to be one winner. It was all Coquitlam for the extra 30 and eight minutes in Campo were harshly adjudged to have given away a free kick on the byeline for a standard holding off by the defender. The Premier side fully capitalised, aided by more sloppy defending, and Hwang grabbed a second after Campo couldn’t deal with a floated free kick into the box.

Full credit to Campo though who went for it in the last 15 minutes and pressured a bit, but they went down a man for a second bookable offence after a foul and tussle afterwards, and that was basically it, although they still continued to press.

CMF got a long range effort in the last minute of extra time for the 3-1 win, and that was all she wrote. A heartbreaking loss for Campo, but a performance they can certainly be proud of and it might just give them enough of a kickstart to get back into the promotion mix in Division 1.

We managed to capture all of the four goals, and a lot of other highlights, from the match at the aptly named Ted Fridge Field on a Baltic night. You can see them below.

Coquitlam’s win reinforced their favourites tag to repeat their cup success and they now host Richmond Hibernian this coming Friday, after Hibs’ saw off Division 1 side NVFC Norvan Lions 2-0 on Sunday afternoon. Norvan had an early strike ruled out for offside and also missed a penalty in the second half to level things up. Lucas Barrett grabbed the crucial winner for Richmond with around 20 minutes to go to send the Premier side through to the last eight.

It looks like Wolves could be on another collision course with rivals Pegasus, who marched on in the other half of the draw with a 6-0 thumping of fellow Surrey Premier side Pacific United at Newton on Friday night.

The Horsemen now face South Delta Royals in their quarter-final this Friday, after the side that sit second bottom of Division 1 beat Rino’s Vancouver 3-1 at Point Grey on Saturday. Is another hammering set to be dished out from the home side or will the cup shock on? If it’s the latter, this will be the Match of the Week.

In the battle of the stripy cats, Rovers Tigers United beat Rino’s Tigers 2-0 to set up a quarter-final match at home with fellow Premier side Club Inter, who saw off Croatia SC by the same scoreline on Saturday.

The final quarter-final will see a battle of the Westies, as West Van host Westside on Friday evening at Ambleside. West Van thrashed ICSF Columbus 4-0 to get there, but Westside were made to work hard against Division 1 side Binger’s Army on Sunday, eventually going through 3-2 after extra time.

Binger’s shot out to an early two goal lead thanks to two long range beauties, before Westside pulled one back around the half hour mark. The Premier side tied it up in the second half to send it to extra time, eventually grabbing the crucial decider in the closing minutes.

With seven of the quarter-finalists being Premier sides, including the current top five teams in the division, it should be a cracking Imperial Cup over the coming weeks.

The Division 2 Cup is also throwing up some enjoyable action, and we took in two matches at Empire Fields on Saturday afternoon. 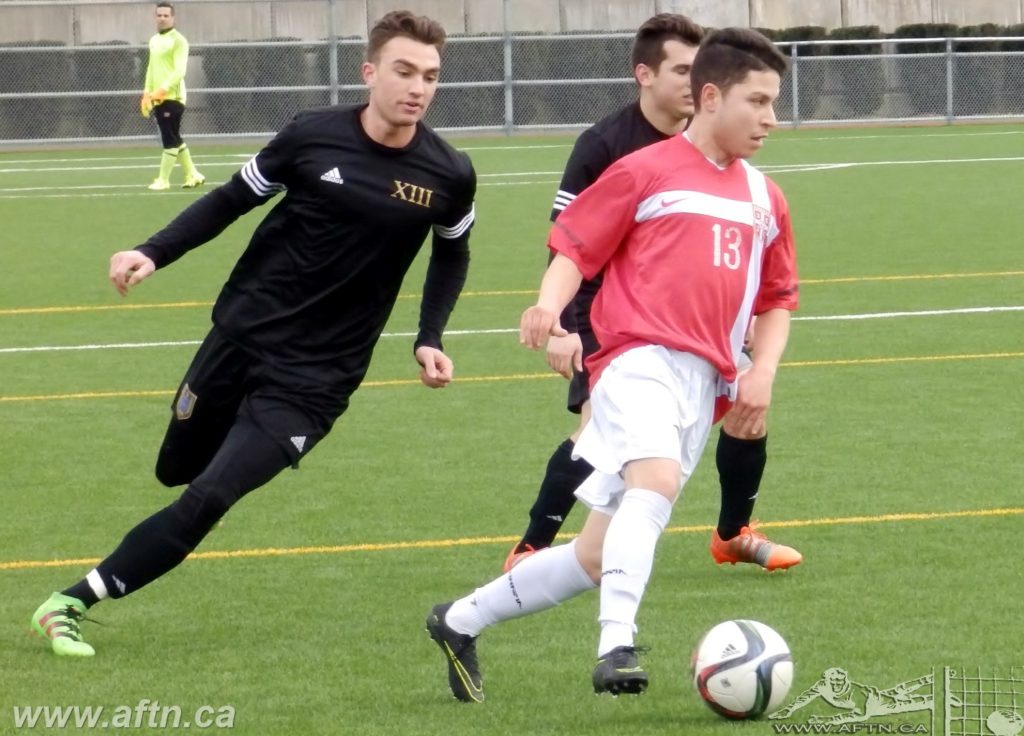 13th Legion marched on in their quest for a league and cup double with a surprisingly comfortable 2-0 win over fellow high-flying Division 2 side Burnaby Selects White Eagles.

A goal in each half did it for the current Division 2A leading Legion. They were in control of most of the match taking the lead against the second placed team in Division 2B when the Eagles goalkeeper couldn’t keep hold of a low shot and the pace on the ball took it through his hands and into the back of the net.

The Legion added a second with a stunning strike early in the second half, and although the Eagles pushed to try and get back into the game, they finished the match with ten men and never really threatened the home side’s goal.

13th Legion will now face Meraloma FC in the Round of 16 on Sunday, after the third from bottom 2B side beat 2A’s Euro FC 2-1 on Saturday.

it was 0-0 at the half, but United turned up the pressure in the second to easily see off the Frenchmen and set up a Saturday afternoon trip to Trillium to take on 2B promotion chasers Vancouver Greencaps. 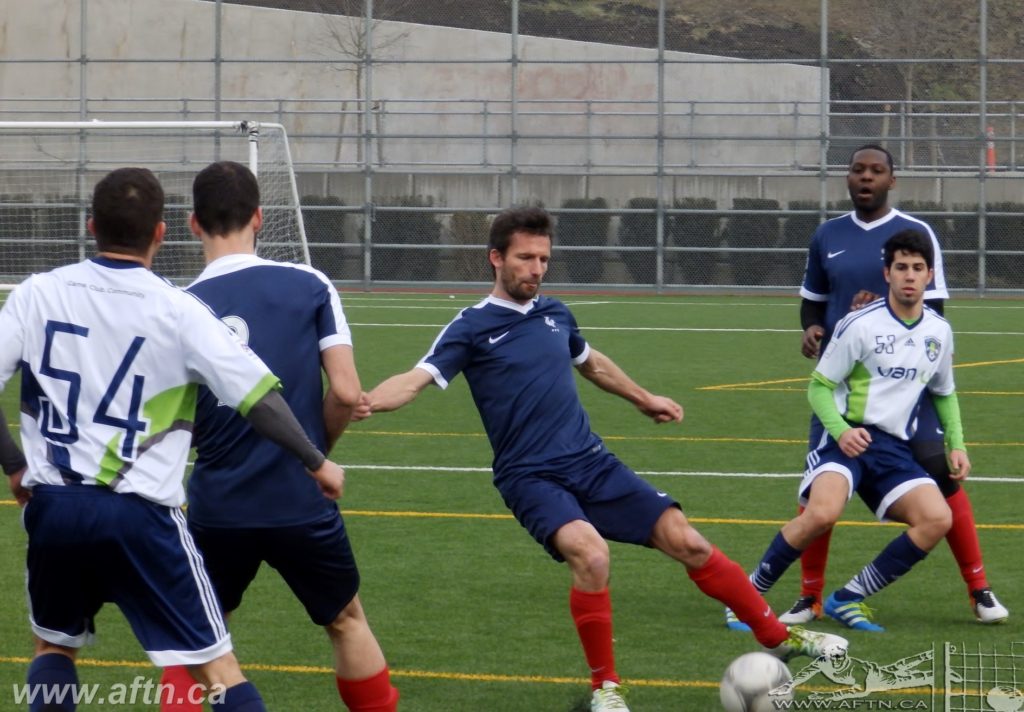 After their stunning defeat of Harps in the last round, the previously winless Division 3 team Joga Bonito nearly pulled off another shock against a Division 2 side, but heartbreakingly lost out on penalties to Vancouver Strikers, after the match finished 0-0 after extra time.

And talking of Division 3 teams, runaway Pool C leaders Coquitlam Metro Ford Lupi kept up their amazing form with a 6-1 hammering of Division 2A side Astro FC. That’s 13 goals in their two cup matches so far, with just one conceded, and the Lupi are also averaging 5.75 goals from their 12 league matches, with a goal difference of plus 62. It’s been an impressive season.

That cup win now sets up a tasty Round of 16 tie with Burnaby Metro Athletic on Friday night at Trillium Park (8pm kick off), which we’ll certainly be heading along to.

Burnaby Metro Athletic beat Division 3A leaders Royal City SC at Burnaby Lake on Friday night and will be looking to do the same this week. It should be a cracker, with both teams playing their exciting brand of attacking football. Forget the rain and get out to this one!

You can find all of last week’s results over on vmslsoccer.com and if you fancy getting out to some matches this week, you can find the full schedule of league and cup action HERE. Lot of midweek games coming up these next few weeks too.

VMSL MAKESHIFT LINO OF THE WEEK:

Seen it a few times this past year where one of the officials is late arriving for one reason or another. They always seem to pick the most unexpected person there to take his place! Nothing’s going to beat the guy with the dog last year in the Provincial Cup, but this guy with his Tim Horton’s was an interesting choice at the Coquitlam Metro Ford Wolves v Campo Atletico Imperial Cup game last week. 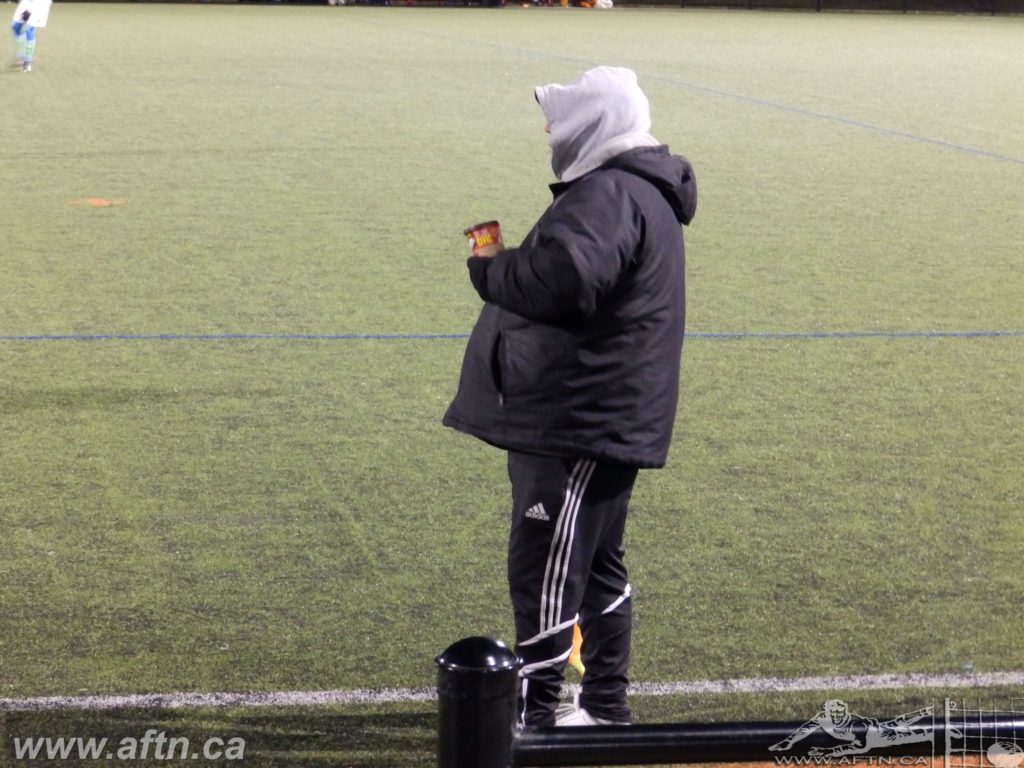 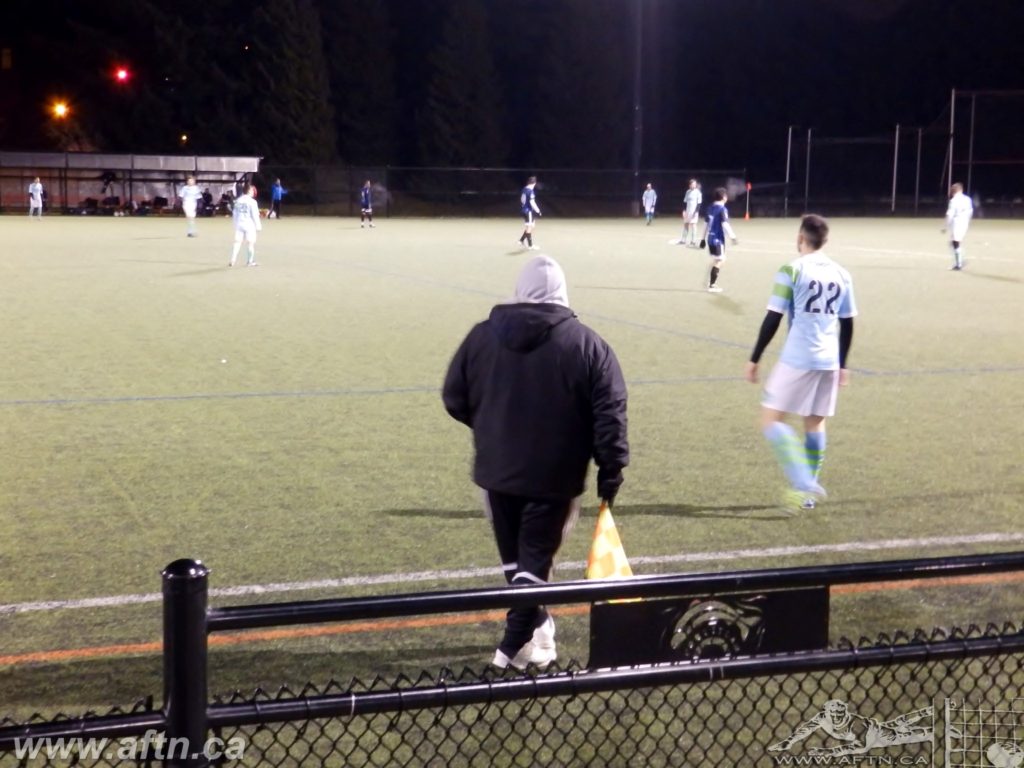 The lino finally arrived about 15 minutes into the match. 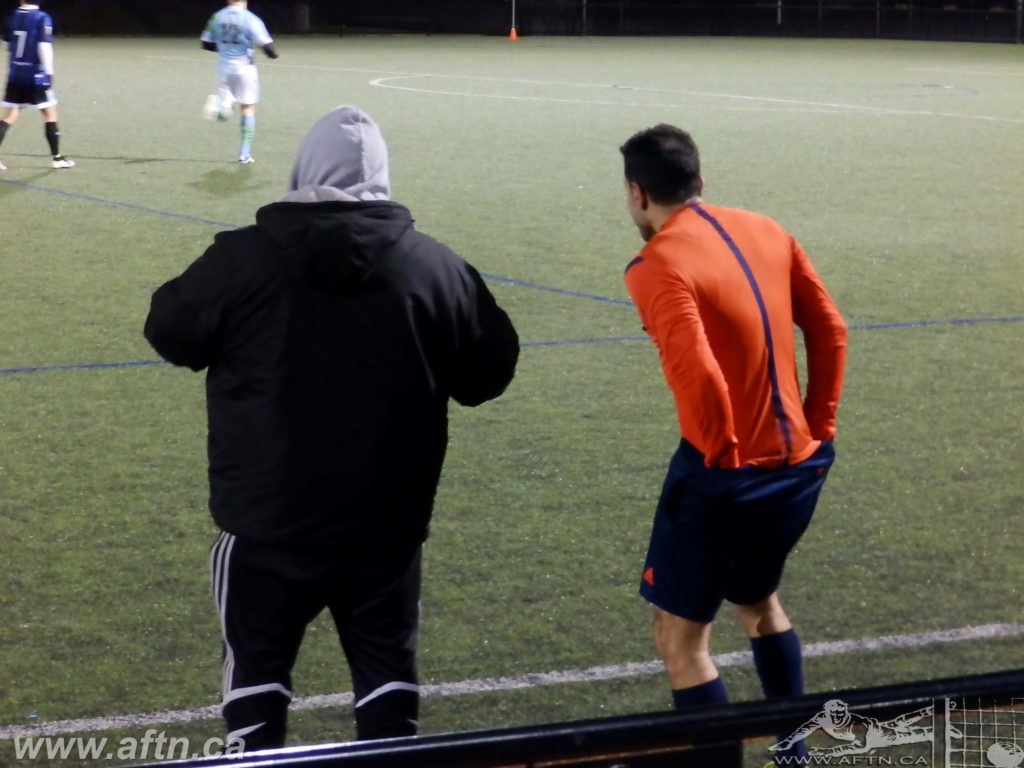 Sadly I never got a photo of the guy on Saturday running the line whilst smoking a fag.

VMSL HAIRCUT OF THE WEEK:

As a bald man, jealous as fuck of this Burnaby Selects White Eagles player! 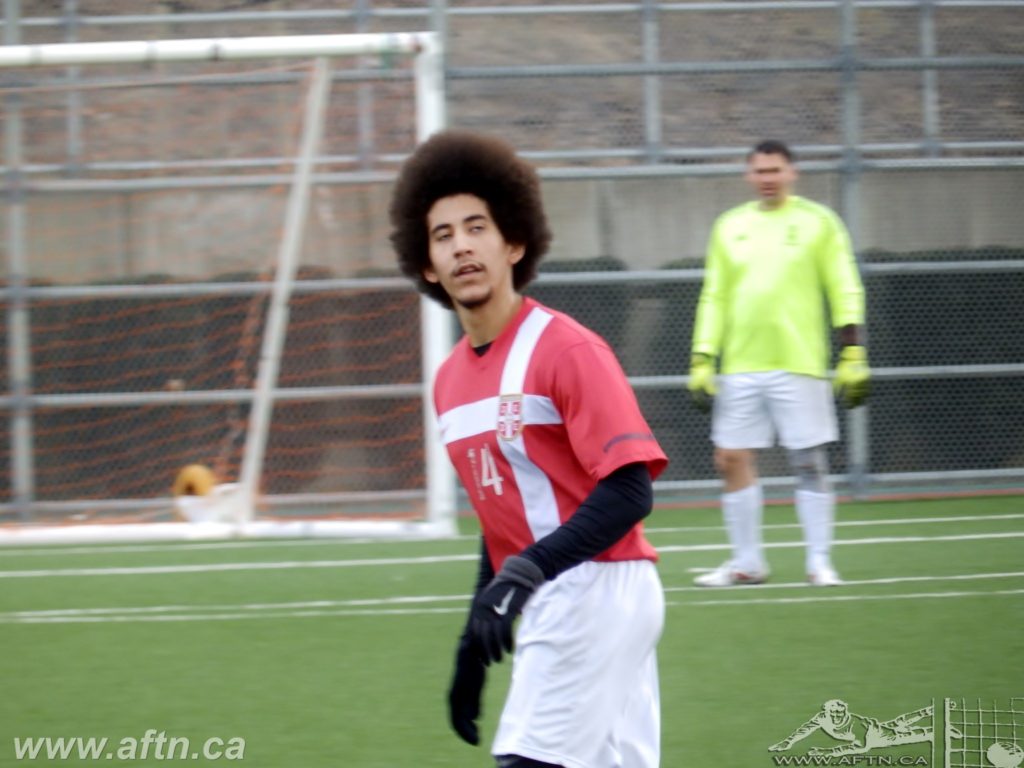 VMSL FASHION TREND OF THE WEEK:

Is this just a Coquitlam thing or did I miss the Snuggie memo? 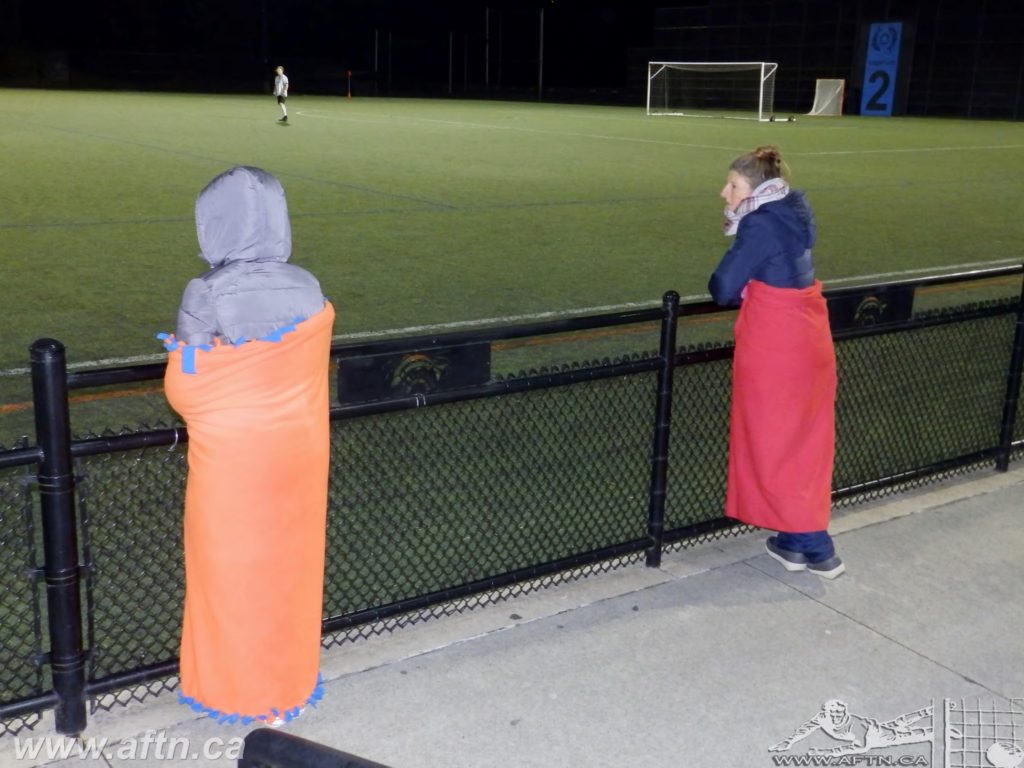 VMSL DOG OF THE WEEK:

This Burnaby Selects White Eagles fan was a cutie. 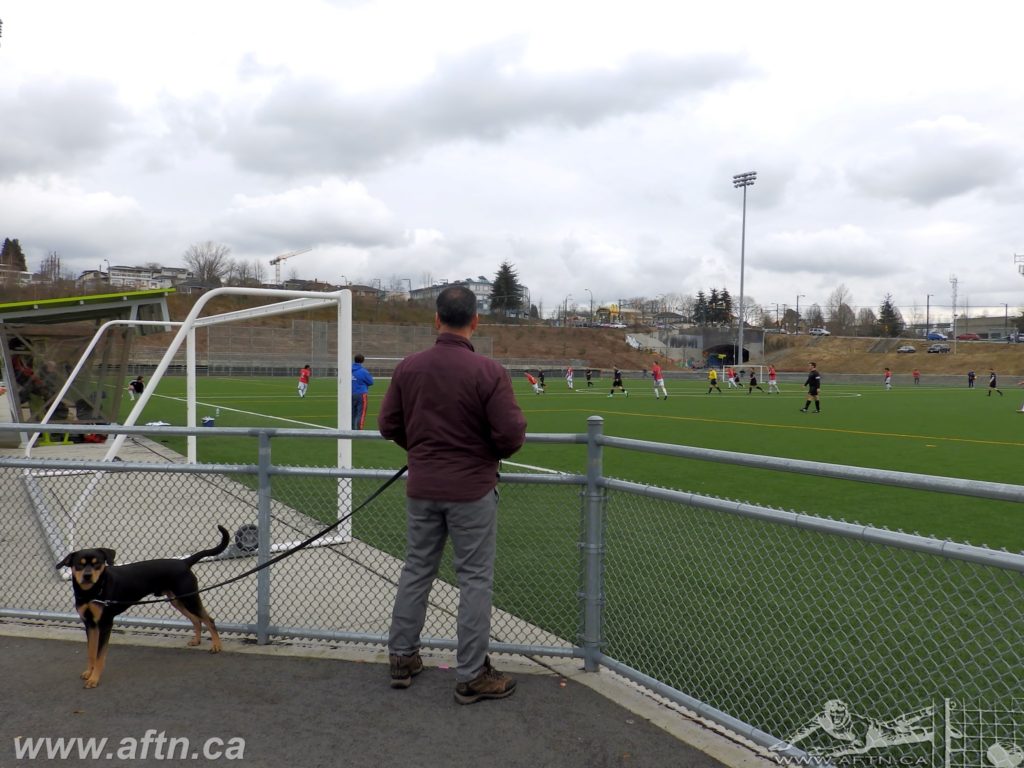 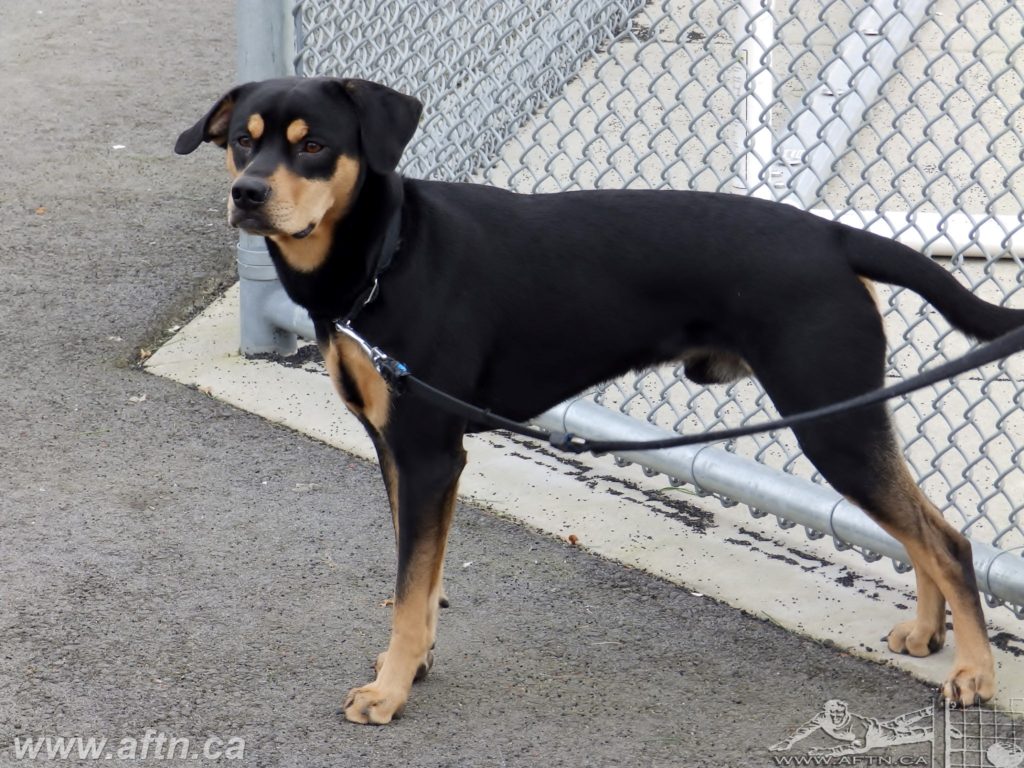 THE YOU’VE STILL GOT IT AWARD OF THE WEEK:

Really shit picture (as all my night ones are with this crappy camera I have, and dropped) but former Whitecap Steve Kindel turning out for Coquitlam Metro Ford Wolves the day before his 40th birthday! And still putting in one hell of a display too, getting up and down that left wing like a beast. 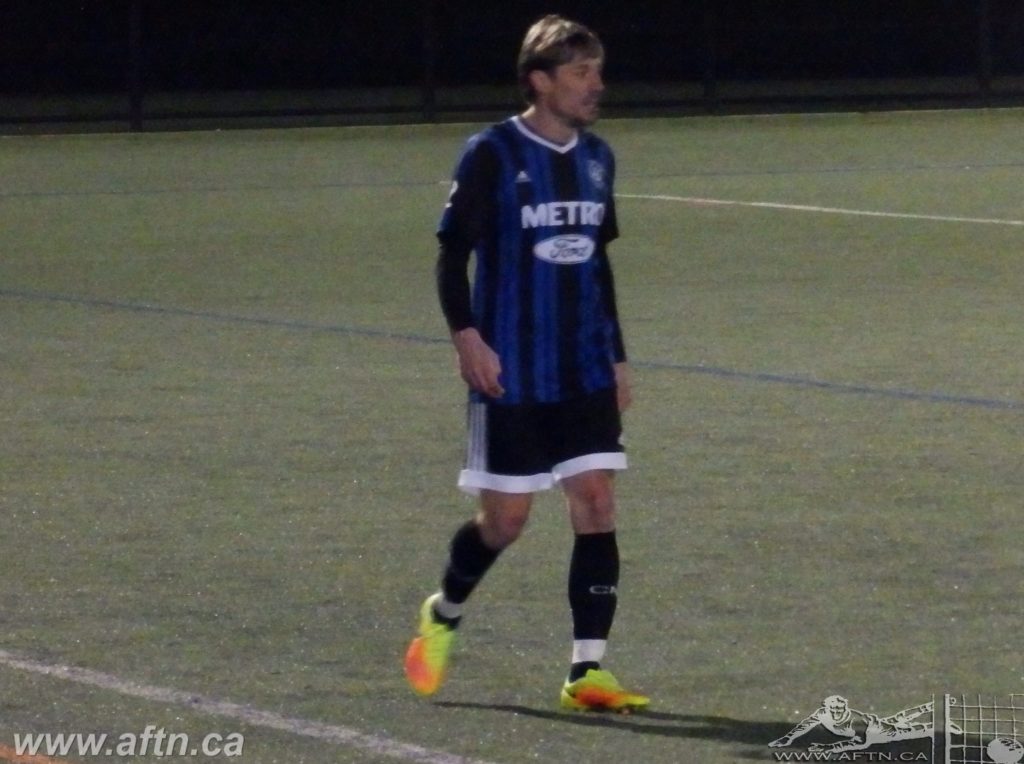