There’s a familiar weekly story playing out in the Vancouver Metro Soccer League (VMSL) Premier Division so far this season. The top two teams, BCT Rovers Tigers United and Pegasus FC, continue their unbeaten ways, with varying amount of ease, while at the other end of the table back to back champs Coquitlam Metro Ford Wolves go down to another defeat as their slump continues.

Inbetween, the other sides are battling hard and taking points of each other, in what has been a very entertaining first six weeks of the new VMSL season.

It’s Rovers Tigers United that continue to lead the field though, maintaining their 100% start to the season with a 4-1 win over Rino’s Tigers at Newton Athletic Park on Friday night in the Panthera Tigirs derby.

A brace for former SFU Clan standout Ryan Dhillon, who played his football this summer with TSS Rovers (pictured below), and goals from Nick Soolsma and Chetan Jhooty did the damage for the league leaders. Whitecaps Residency alumni Declan Rodriguez got on the scoresheet for Rino’s.

Those goals took Dhillon’s tally to the season to seven and he leads the race for the Golden Boot after six matches. Soolsma is now on five goals and Jhooty has four, as Rovers Tigers continue to show some impressive firepower. That’s 23 goals scored so far this season, with just eight conceded. 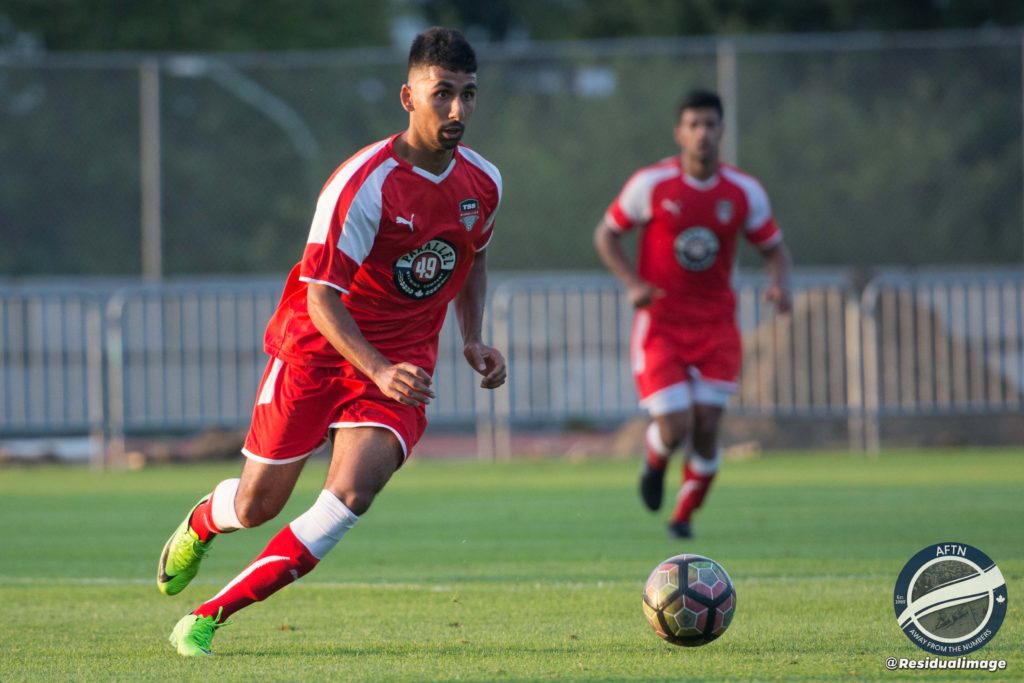 That win keeps Rovers Tigers United perfect for the season on 16 points, two points ahead of Pegasus FC, who left it very late before managing to see off the newly promoted Campo Atletico 2-0 with a pair of goals in the last three minutes of the match.

Pegasus dominated the play from the start, but struggled to convert the numerous chances they created. They did have the ball in the next in the first half but it was called back for offside.

Campo had their chances too, but they were few and far between as Pegasus launched wave after wave of attack, many of them instigated by another Whitecaps Residency alumni, Yassin Essa.

A combination of some solid Campo defending and some poor finishing looked to have the game heading for a goalless draw, but as the minutes ticked down, Campo felt confident that they could take more from the game and pushed forward, forcing a corner.

As the ball came over, it was cleared, launching a fast counter attack that left Campo caught short at the back. Essa tore up the pitch on a three-on-three break and sent a dangerous ball across goal which Azad Palani finally tucked away for his fourth of the season in the 87th minute. 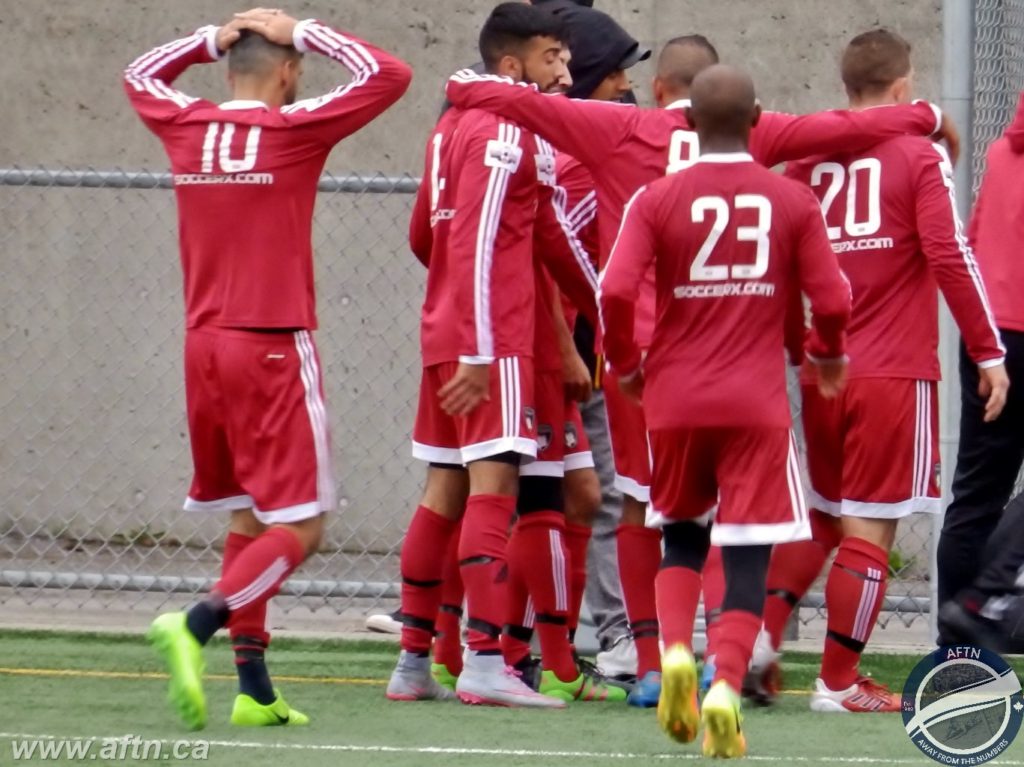 Joy for the Horsemen, but the frustration and disappointment for Campo was clear to see.

They regrouped and tried to find an equaliser, but instead they were caught cold again two minutes later, and again it was Essa who did the damage, as the ball came to him at the back post and he had the easy task of knocking it into the gaping net.

Tough for Campo to lose it so late, but they showed they can battle one of the best teams in the league. Pegasus were very deserved winners though.

You can see both the goals and some makeshift highlights from the match in the video below:

But as the two Surrey sides continue to shine at the top of the table, the star is certainly fading faster by the week for last year’s champions Coquitlam Metro Ford Wolves.

They slumped to another defeat, and only have three points from their first five matches now, going down to a 2-0 loss to old rivals West Van at Ambleside on Friday night. Mason James and Thomas Arnott got the goals.

Former Whitecaps MLS player Caleb Clarke made it three goals in three matches for CCB LFC United, as they took only their second point of the season in an entertaining 3-3 draw with EDC Burnaby at Newton on Friday night.

Croatia SC continued their fine goalscoring form of late with a 4-0 trouncing of Richmond Hibernian, led by a brace from Emile Saimovici, while Club Inter headed back to league business after their 5th placed finish at the nationals, with a 3-0 thumping of Westside FC in the last match of the weekend.

All those results leave the VMSL Premier table looking as follows after week six: 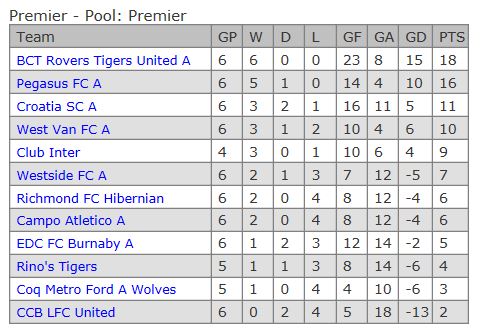 The battle for promotion from Division 1 has been excellent from week one and it’s not showing any signs of easing up.

NVFC Norvan Lions are the only team left with a 100% record after the first six matches, topping the table after beating ICSF Columbus 3-1 at Empire on Saturday afternoon.

Guildford FC also remain unbeaten in second place, but dropped their first points of the season following a 0-0 draw at FC Romania, while Burnaby Metro Athletic kept the pressure on, and sit just one point further back in third, after a narrow 1-0 win over Burnaby Select White Eagles at Burnaby Lake on Friday night.

And we were happy to see out friends at Rino’s Fury get their first points of the season with a 2-0 win at home to Binger’s Army on Sunday.

You can find all your VMSL news, results, and this week’s fixtures at vmslsoccer.com/